The founder of London gallery and design studio 19 Greek Street has created a show apartment for residences in the city’s former Saint Martins School of Art developing . 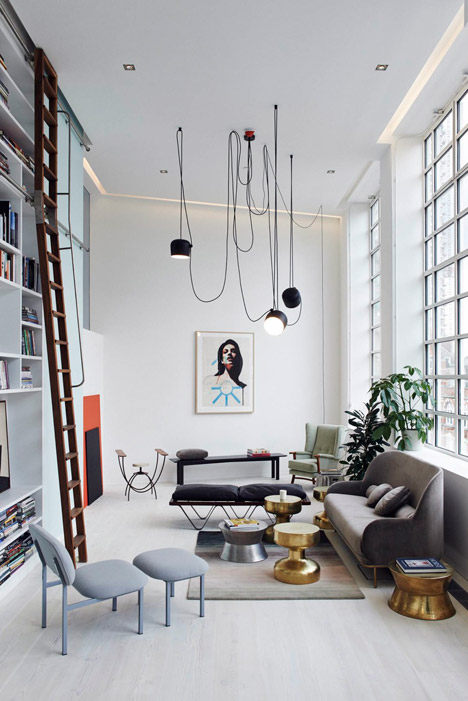 Designer and gallerist Marc Péridis, who set up 19 Greek Street in 2012, was commissioned by developers Aquila Property Holdings and Noved Property Group to fit out the apartment in the vacated educational facility on Charing Cross Road.

An alumni of the institution himself, Péridis utilised an eclectic mix of furnishings and fittings in one particular of the 13 lofts to demonstrate how the spaces in the renovated structure can be used as residential units. 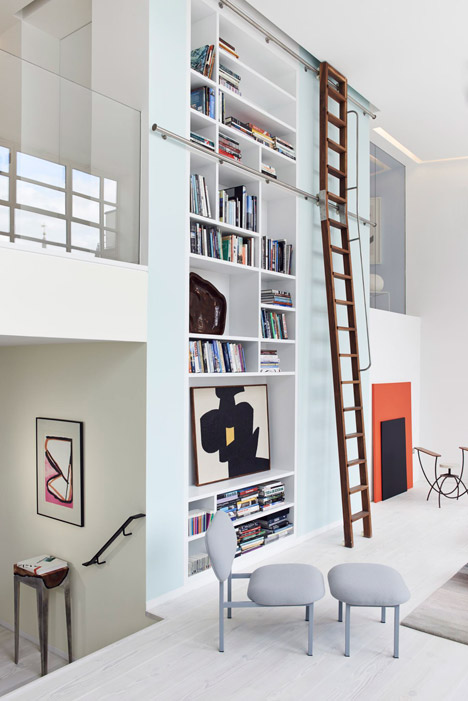 “I remember with such intensity the time spent at Central Saint Martins as a style student,” he said in a statement. 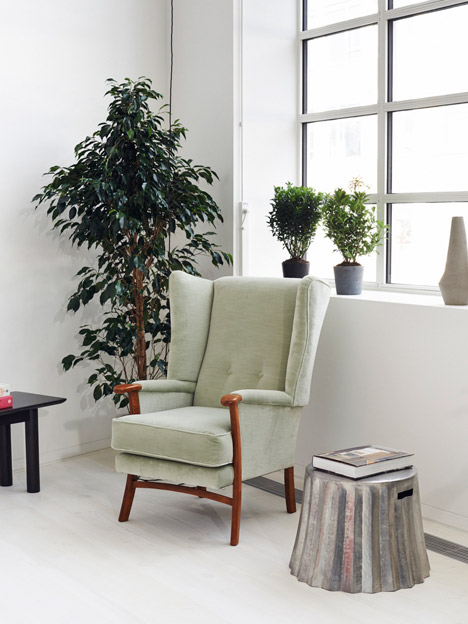 “We wanted to bring that power and emotion into the apartment at the Saint Martins Lofts, celebrating not only the heritage of this very particular building, but also London’s capacity to constantly reinvent itself, breathing new life into objects, buildings and complete urban locations.” 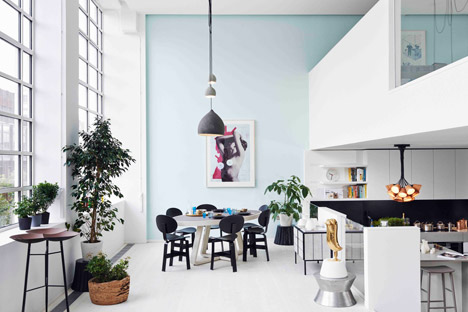 Péridis has place his personal spin on the interior using furnishings pieces by designers that the gallery represents, such as seating by Studiomama founder Nina Tolstrup and pieces by Dutch designer Richard Hutten. 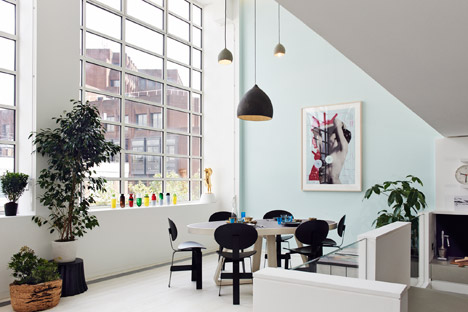 The Bouroullec brothers’ tangled-searching Aim lamp for Flos is utilised in the double-height living and dining location. 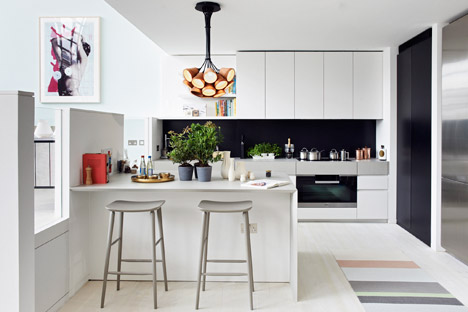 Windows that reach up to the ceiling enable big amounts of daylight into the space. The bright interior is emphasised by the palette of pale colours used for the majority of surfaces. 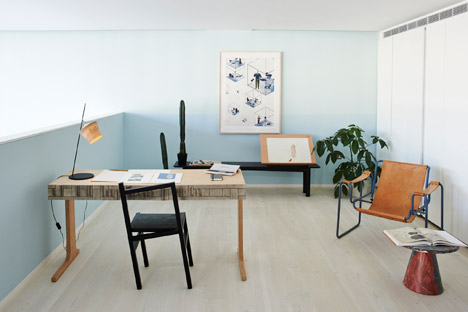 Opposite the bank of windows, a section of wall is taken up by floor-to-ceiling storage niches. Things placed high up can be accessed by a tall wooden ladder that slides horizontally along metal rails. 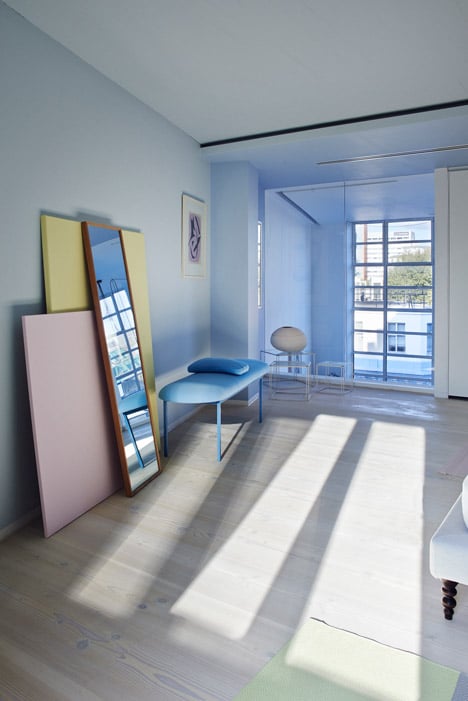 Sofas and chairs arranged with little side tables occupy a single end of the area, while a much more formal dining table is placed at the other. 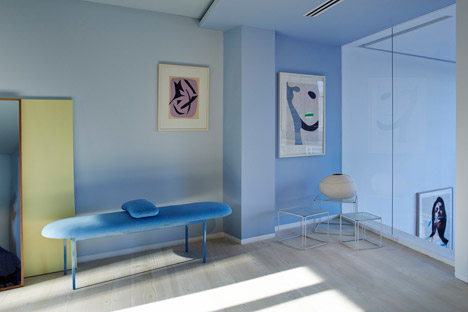 Beside the eating location, actions provide access to a sunken kitchen – separated from the adjacent space with glass balustrades. 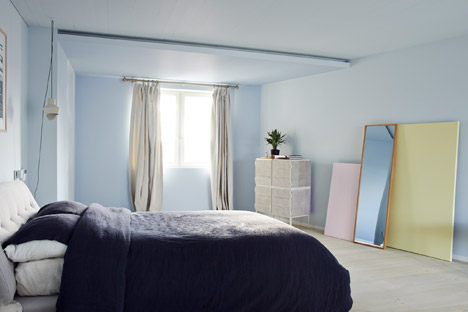 A dark strip along the back of the counter spaces matches the black dining chairs to produce a contrast with the otherwise light-coloured interior. 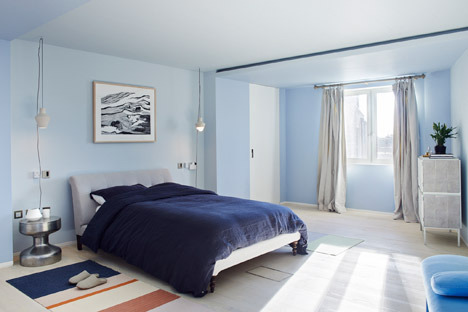 A space earmarked as an office or studio is situated on best of the kitchen, forming a mezzanine that overlooks the dining area below. 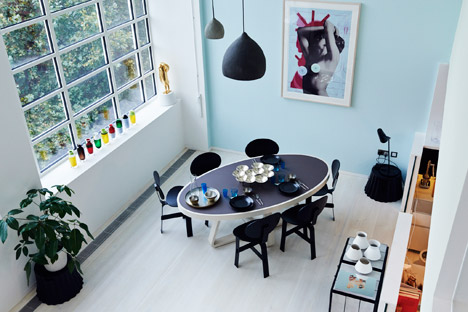 The bedroom is also situated on the upper level, with walls painted pastel blue and minimal furnishings.

The lofts are situated in the 1939 Arts and Crafts-style constructing, which was left empty soon after the college – now referred to as Central Saint Martins – moved into its new Stanton Williams-designed campus at King’s Cross in 2011. 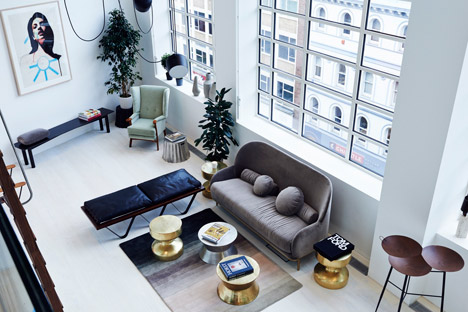 Péridis founded 19 Greek Street as a gallery, design studio and workshop within a six-storey Soho townhouse to “break new ground in interior design and style”.