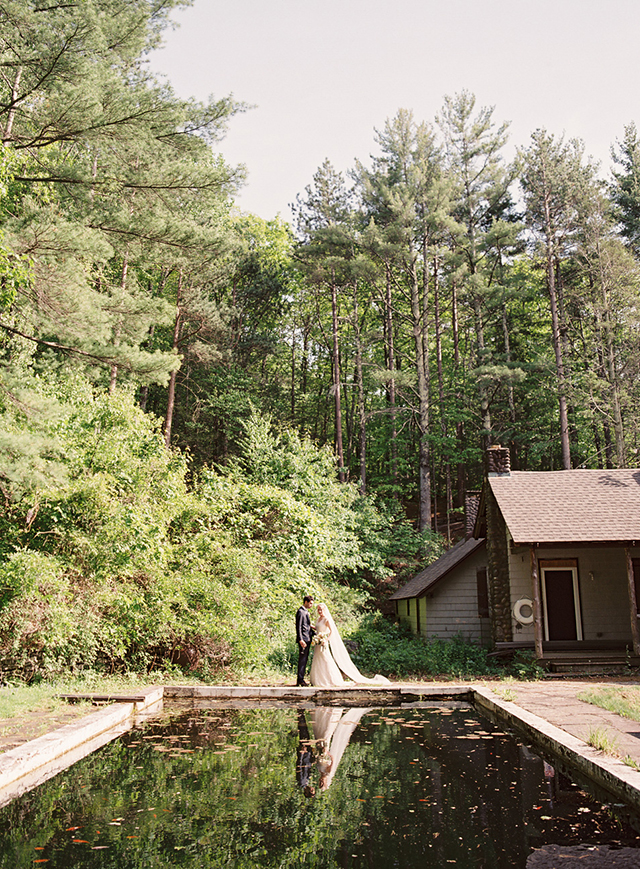 I love what bride, Hanna, has to say about her wedding venue, Onteora Mountain House in Boiceville, New York: “We chose our venue because it was high in the Catskill Mountains, surrounded by woods. It’s a beautiful place. We would live at the venue if we could!” Read on for more from Hanna and Jake’s beautiful mountain wedding. 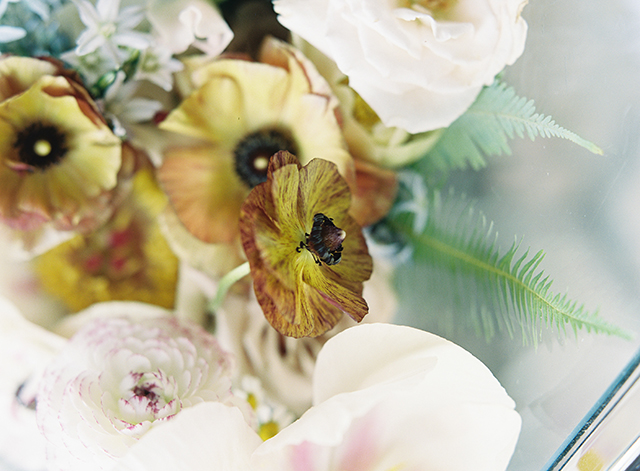 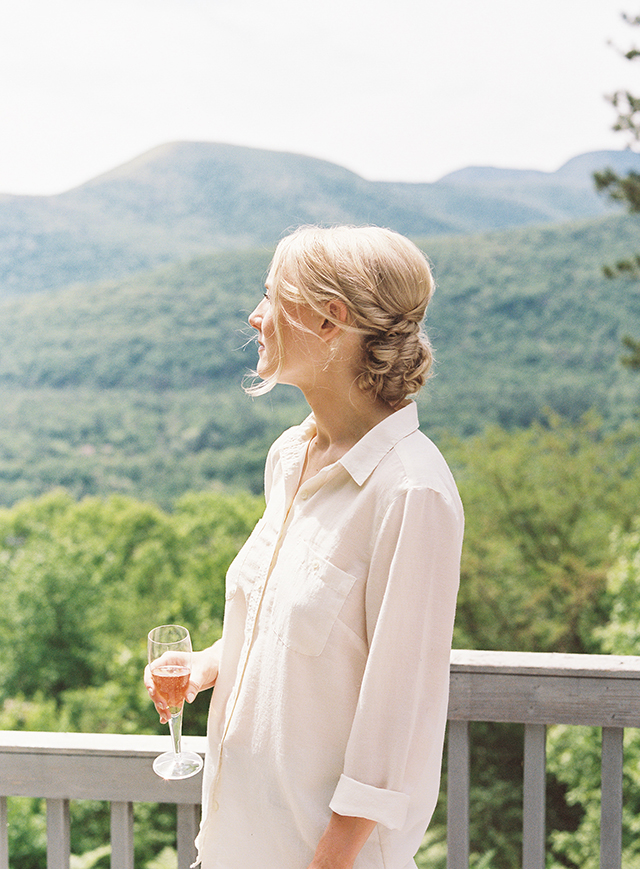 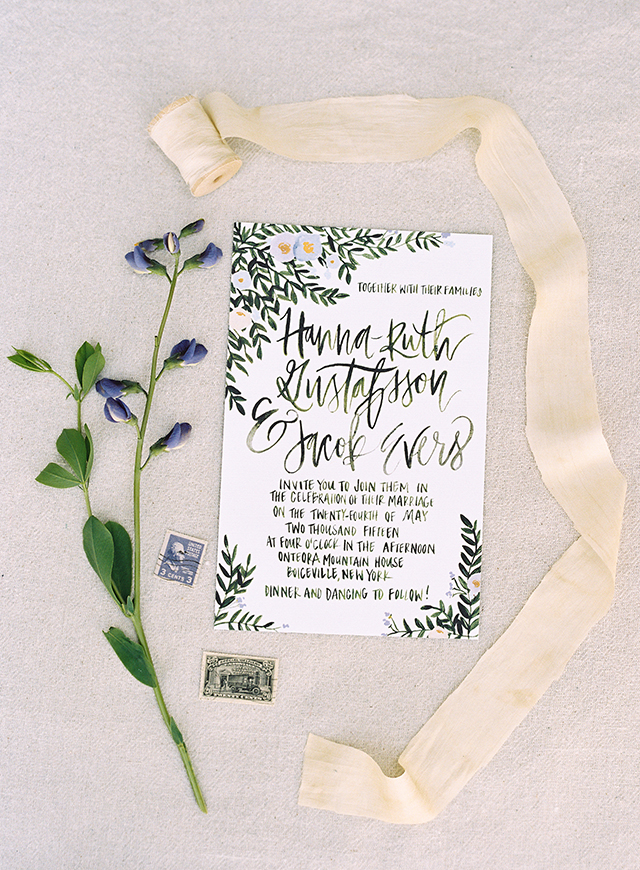 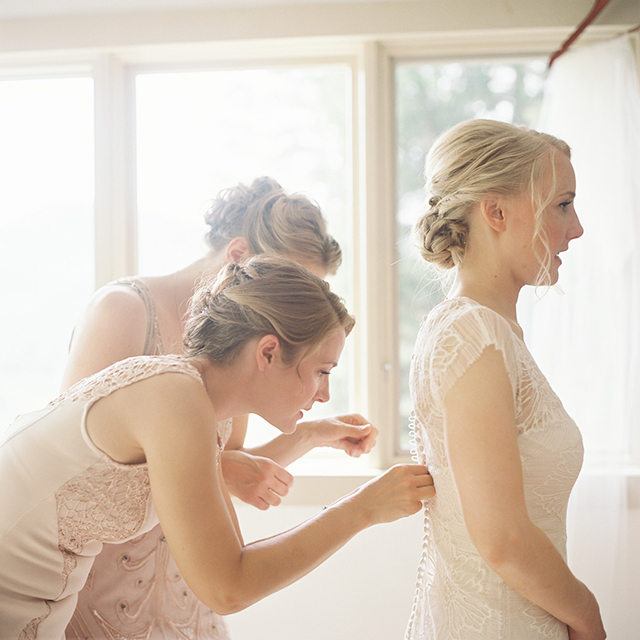 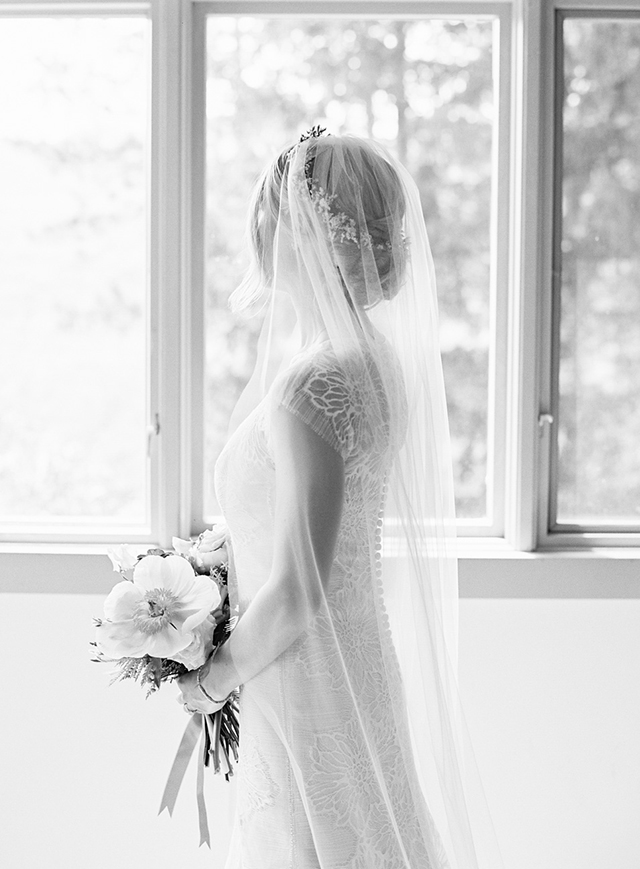 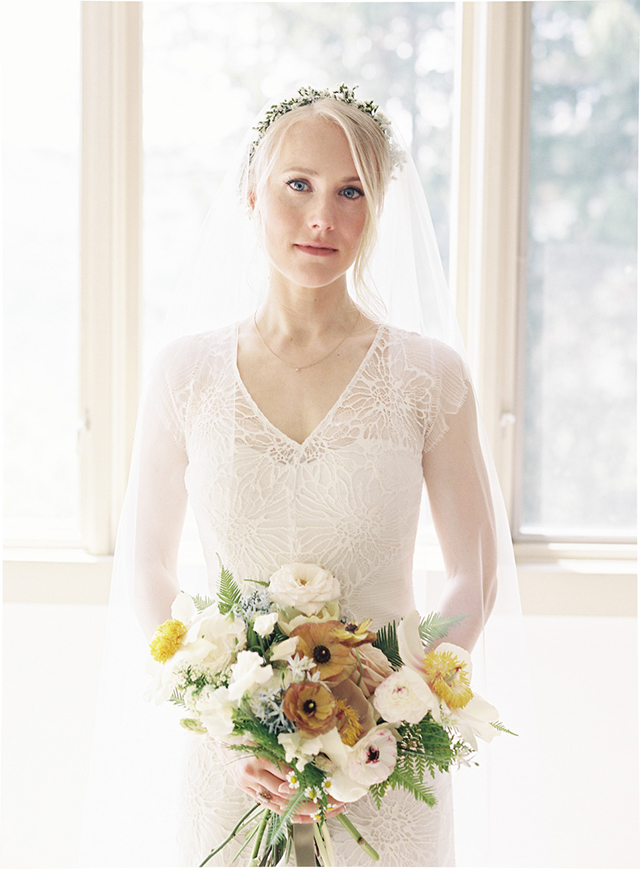 What was the best advice you received as a bride? Don’t forget to take your engagement ring off before the ceremony! (Actually, no one reminded me to do that, so Jake ended up putting my wedding ring on the wrong hand. The Americans thought it must be the Swedish way, and the Swedes thought ‘that must be how they do it in America.’)

If you had it to do over again, is there anything you would do differently? We love our photos, but we wish we had our speeches on video. Luckily we have the ceremony on video, even if it was just a little hand-held camera. I’d try to have more recorded, even if it wasn’t with a professional videographer. 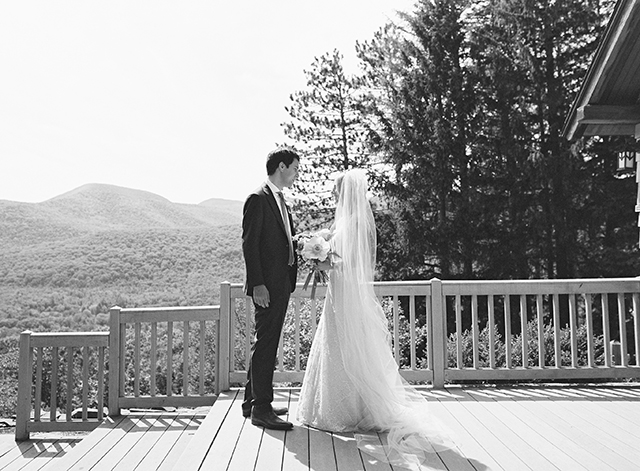 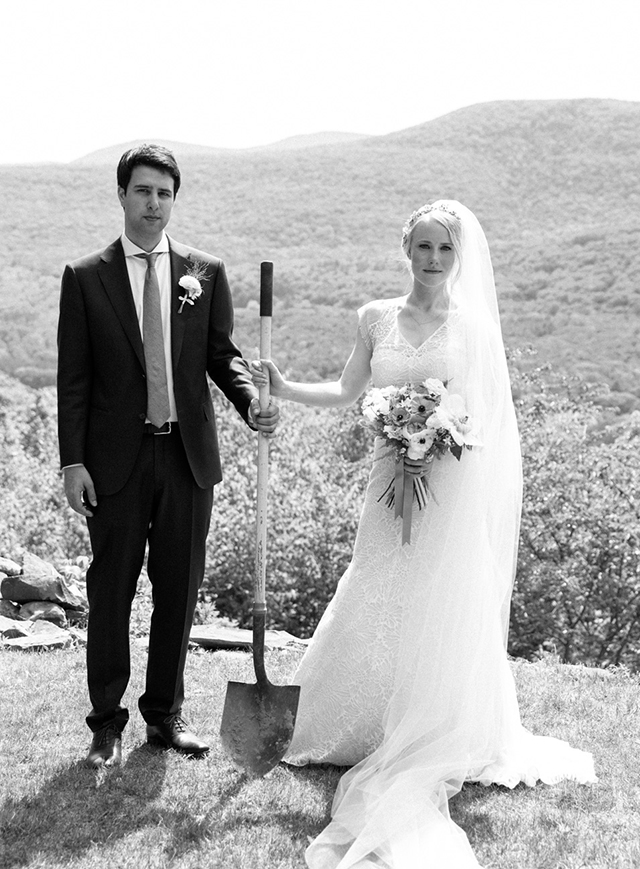 Did you include any traditions in your wedding? I grew up between Sweden and Kentucky and am Christian, Jake is from the Midwest and is Jewish. We ended up incorporating a number of traditions from our different cultures throughout the day. We buried a bottle of bourbon on the grounds a month before the wedding for good weather, as is the Southern tradition. It worked beautifully and the sun shone all day! We then shared the bottle with our bridal party pre-ceremony. We had a beautiful chuppah and Jake broke a glass during the ceremony, while at the reception we introduced all our Swedish friends to the joy of dancing the horah, a dance that nobody wanted to end. Swedish weddings generally include many more speeches than American weddings, and a close family friend or relative takes on the role of “toastmaster” coordinating the speeches, roasting the couple and introducing the speakers. Jake’s cousin Enrique had everyone in stitches in tackling this role, as did our fathers and the members of our bridal party. Swedish weddings also include LOTS of singing and aquavit, so we led everyone in phonetically-spelled-out renditions of favorite Swedish drinking songs topped off with an aquavit toast. It was a joyous, raucous addition to the night. 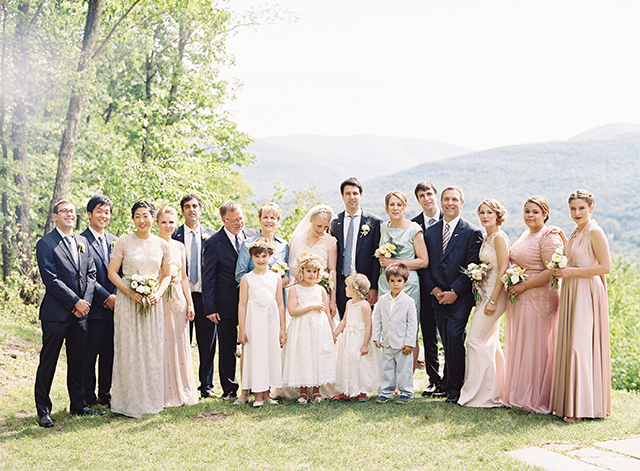 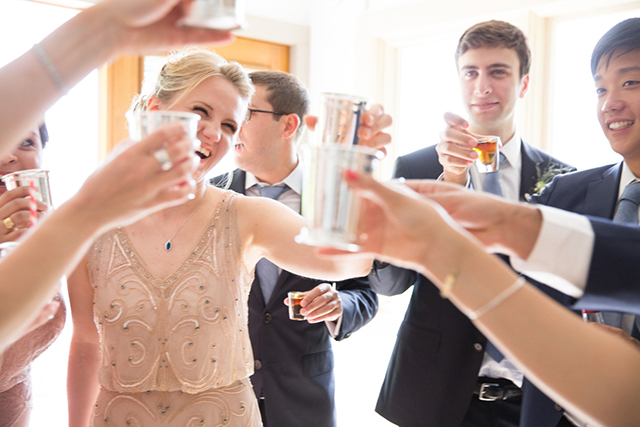 “We come from different religious traditions, and our guests came from a number of religious backgrounds, so it was important to us that our ceremony would be inclusive and celebratory for everyone. We also wanted our family members to be involved, and have them share readings that were meaningful to them and us. The pastor of my church, Michael Bos, officiated the ceremony. He is dedicated to interfaith work, and did a wonderful job of weaving together our two faiths.” 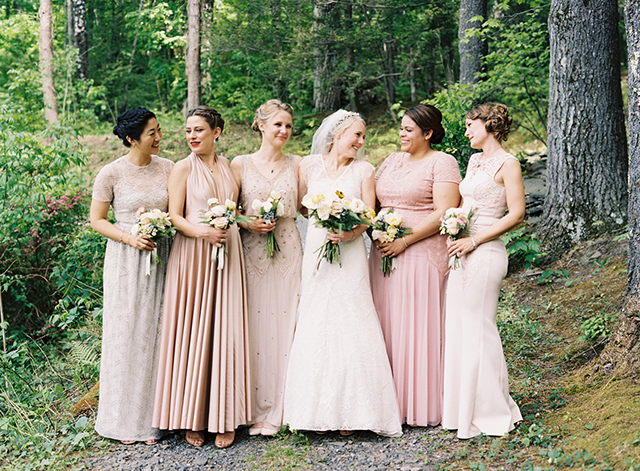 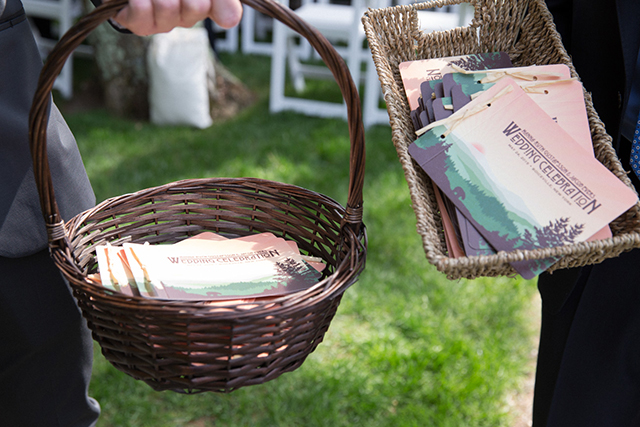 What was your ceremony music? We had a bluegrass band play during our ceremony — the processional songs were In the Garden (a favorite hymn) and Pachelbel’s Canon in D, and the recessional song was Sunwheel Dance by Bruce Cockburn.

What were your ceremony readings? An excerpt from A Country of Marriage by Wendell Barry, Union by Robert Fulghum, and a Blessing for A Marriage by James Dillet Freeman. 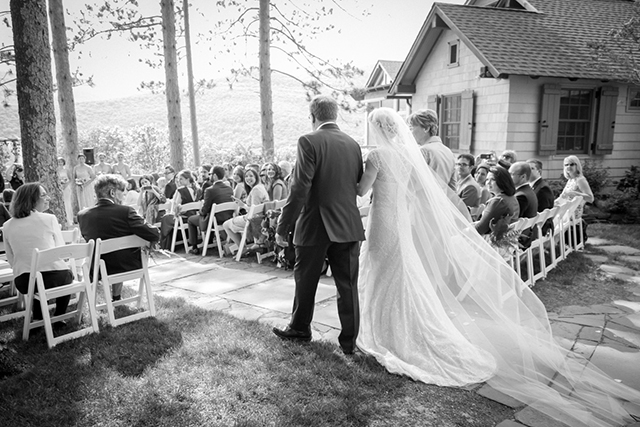 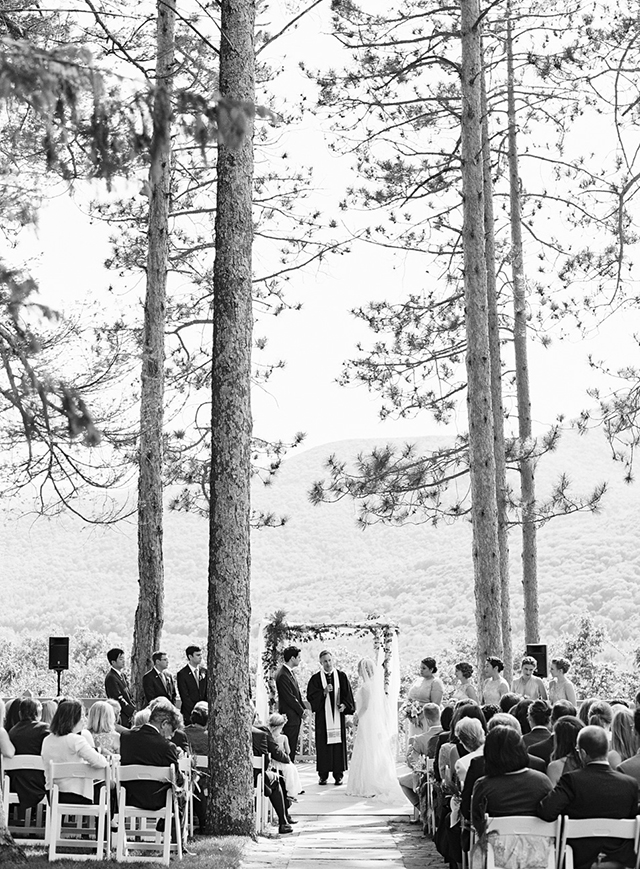 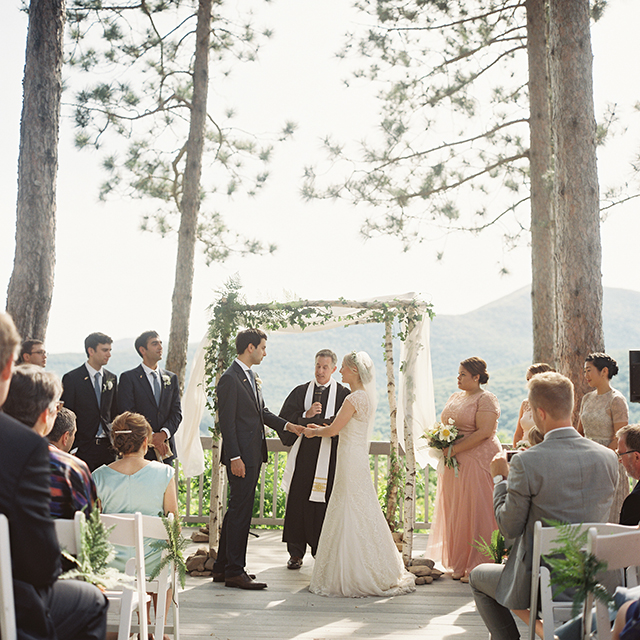 What was your favorite thing about your ceremony? The moment when we looked at each other at the very beginning of the ceremony and it was clear we were both thinking “this is surreal and absolutely fantastic.” 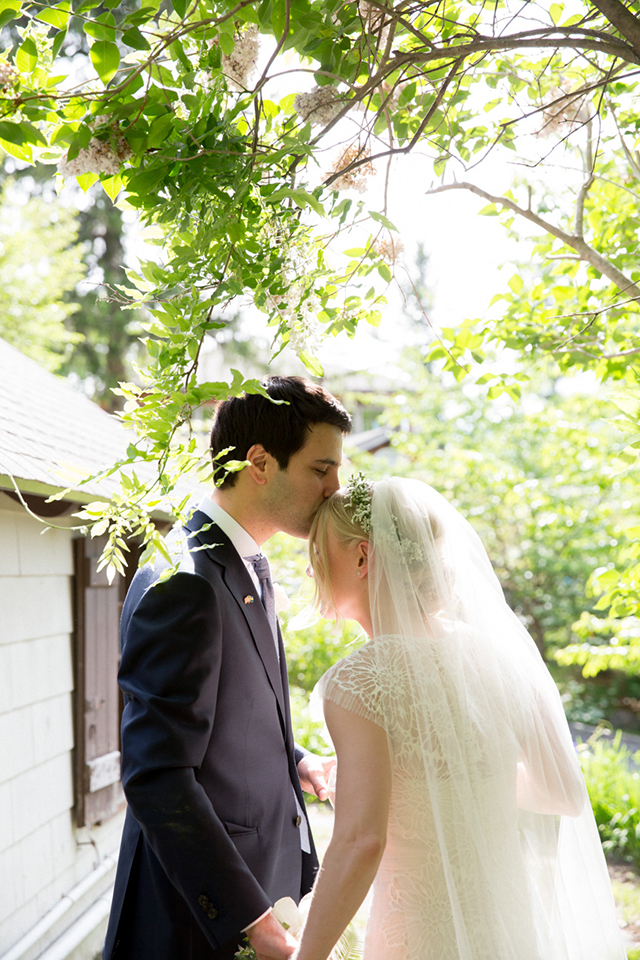 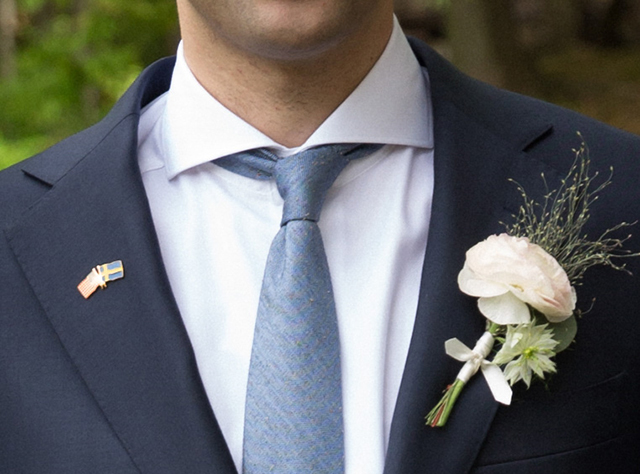 The groom wore a lapel pin with flags of both the United States and Sweden. 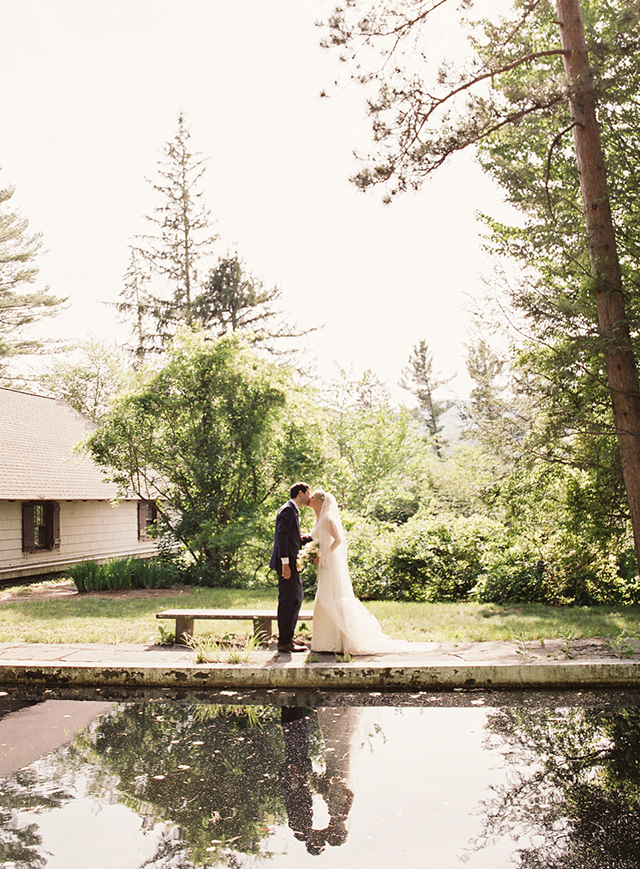 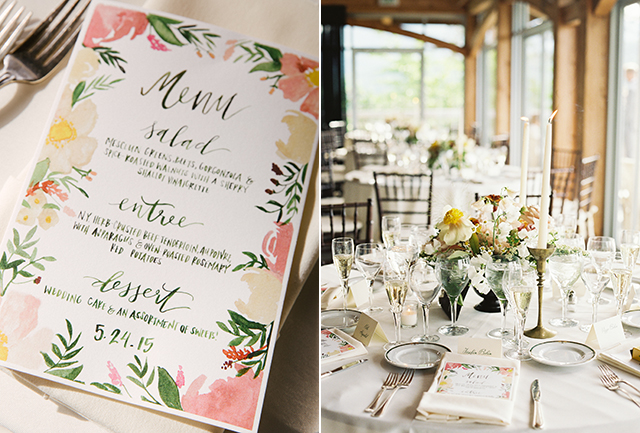 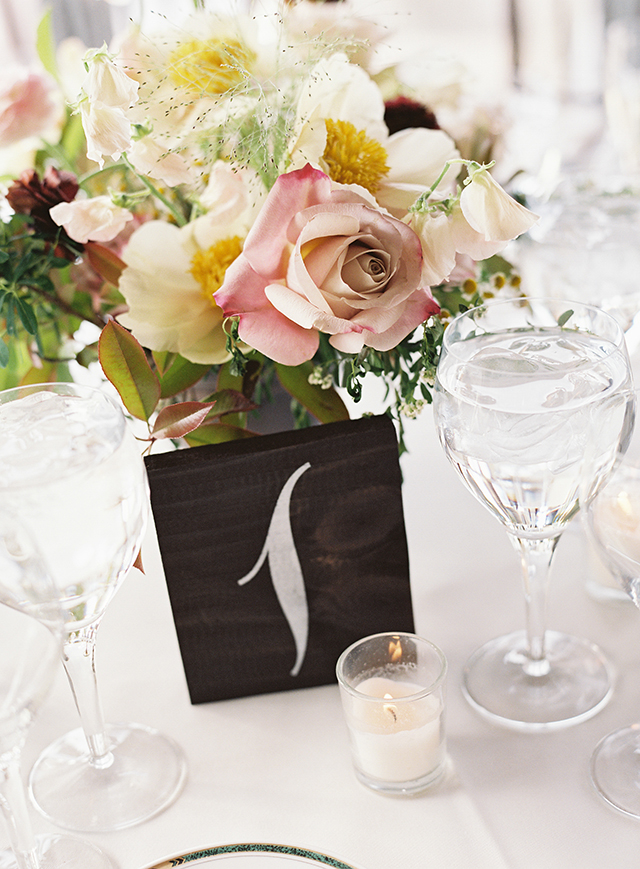 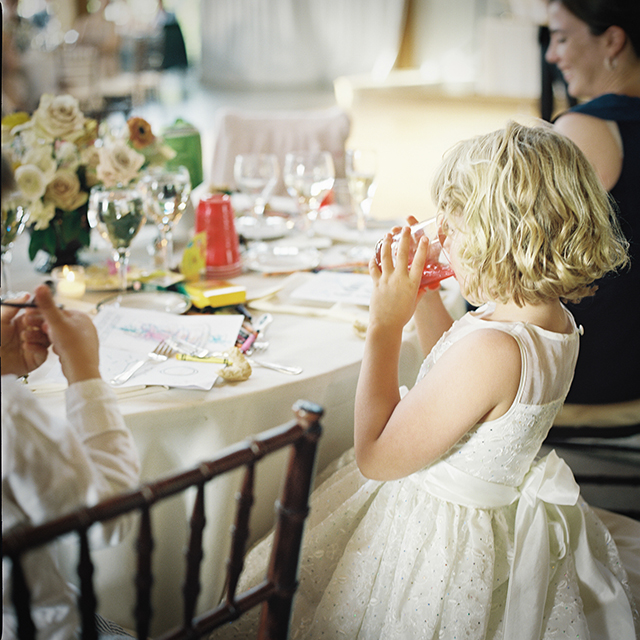 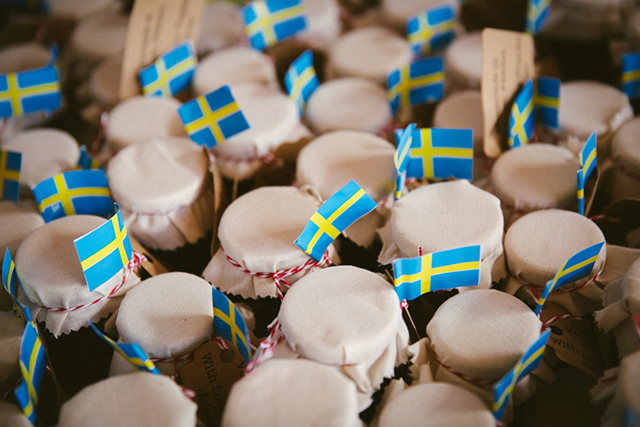 Are there any DIY details you’d like to tell us about? My dad made our favors, jam from blackberries in our garden in Sweden. I contacted the US customs office in advance to see if shipping 130 jars of blackberry jam was going to be an issue. They were very responsive and sent me a letter from their office to include in our shipment so that there wouldn’t be a problem. I like to think someone got a kick out of our request!

What was your first dance song?  Into the Mystic by Van Morrison. 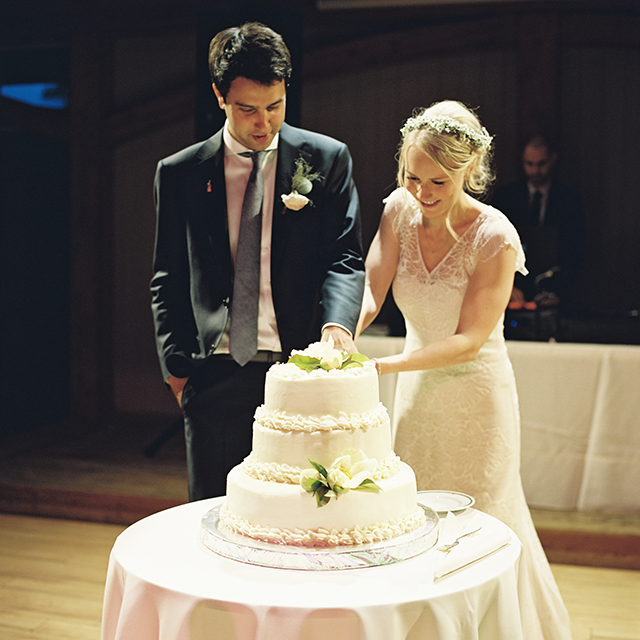 What was your favorite moment from your wedding? We had a couple of favorite moments, but one of them was from the barbecue the night before the wedding. It ended with 50 of us around a fire pit, and it was such a happy, cozy moment, knowing what was in store the next day. 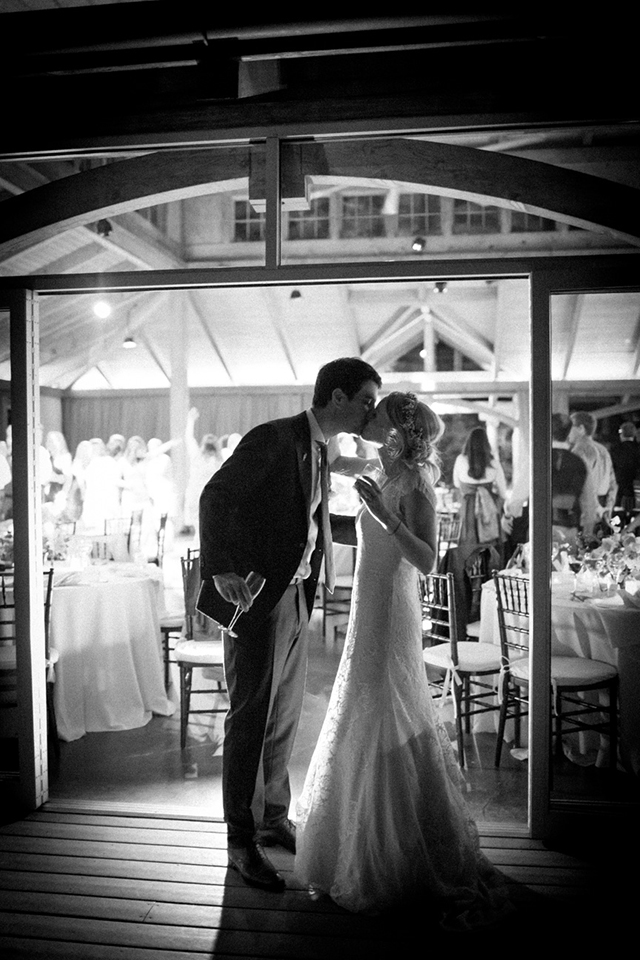