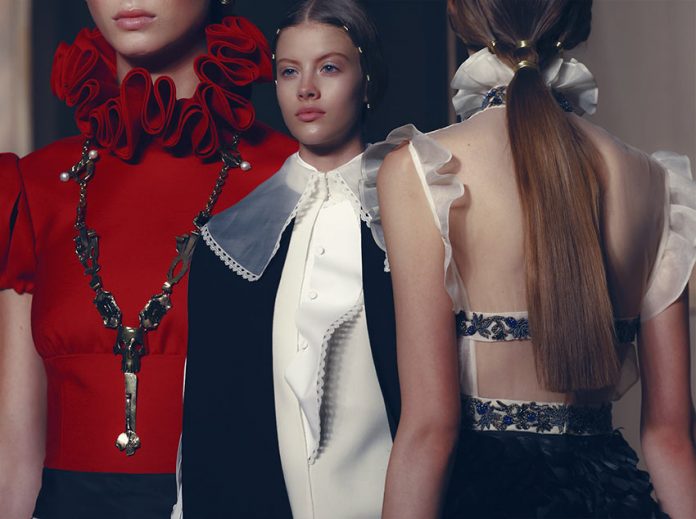 Nothing beats a good Valentino collection. For multiple seasons now, we have been impressed time and again with the level of quality and style we see presented, particularly when it comes to the embodiment of the Victorian look. Old England certainly sees a comeback in the Valentino Couture fall/winter 2016-2017 collection as well, with black and white pieces taking over at least half the lineup, combined with a few really red and really attractive designs that get the blood boiling and have you thinking regal. 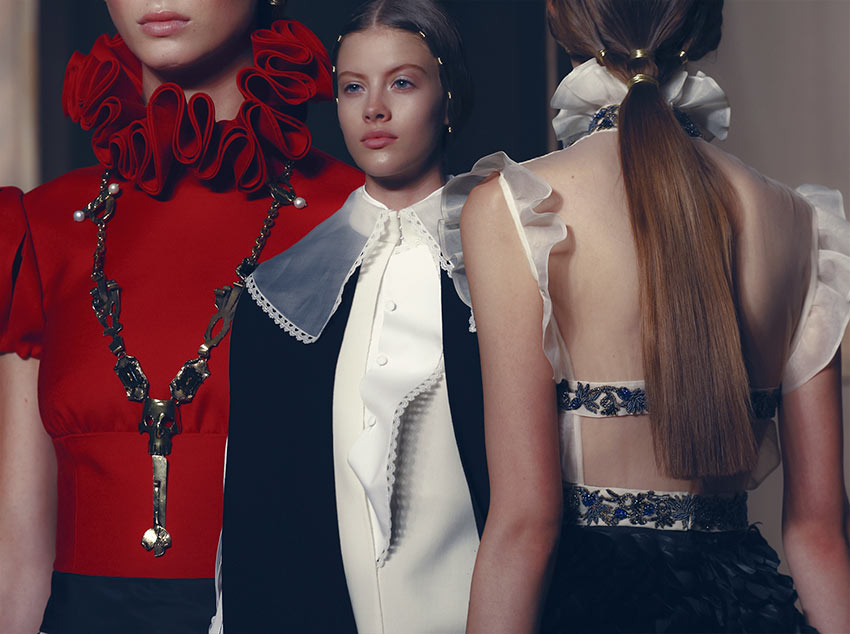 And who does not want to be royalty anyway? It is the 400th anniversary of Shakespeare’s death, so while Victorian was a past theme, Elizabethan is most certainly something to be looking for this season. Renaissance Italy is beautifully transposed onto fashionable modern design.

Throughout the presentation, we were treated to the modern renderings of Elizabethan fashion for princesses and princes, priests and courtiers, high white ruffs a common appearance on the runway with a whole lot of doublets, bodices, puffed sleeves and even clerical robes. It appears as if Valentino is getting ready to outfit the characters of a play depicting life in the Elizabethan court. 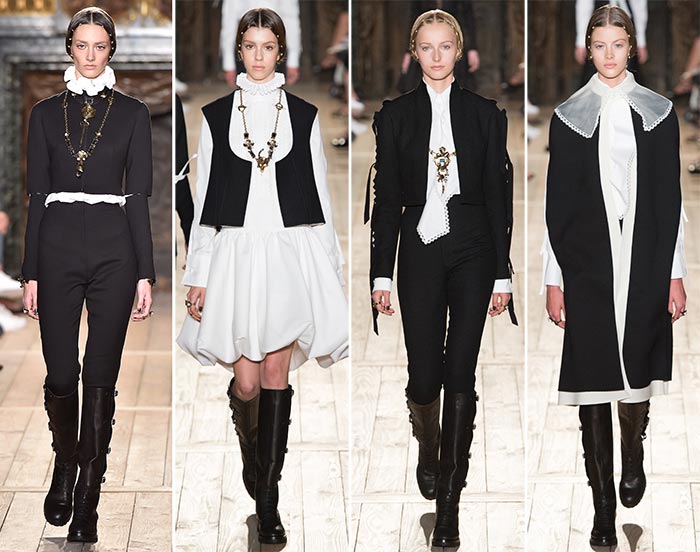 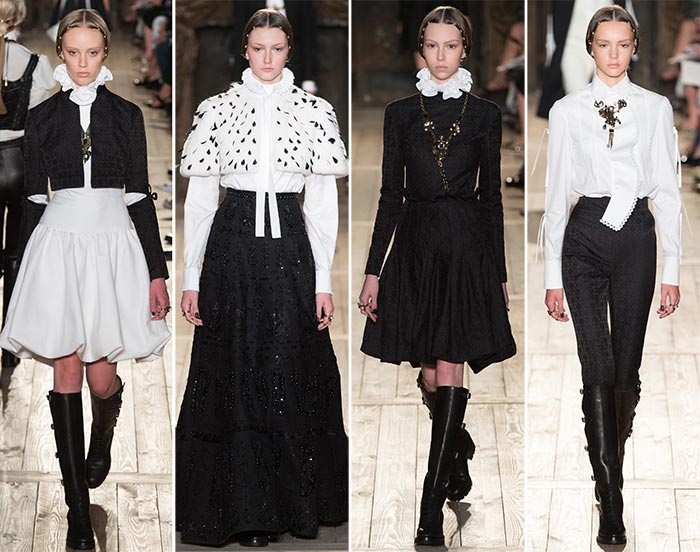 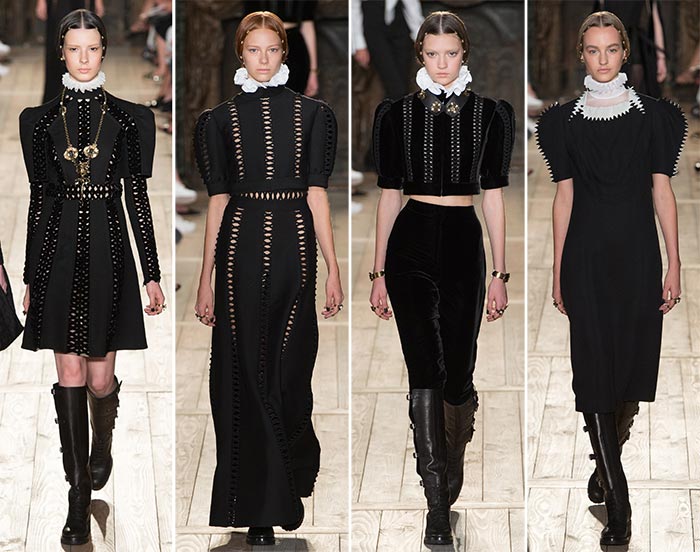 The inspiration, of course, is easy to figure out with the two designers, Pierpaolo Piccioli and Maria Grazia Chiuri, the latter of which is rumored to be leaving the house, living in Rome and constantly surrounded by images and reminders of those days long past. The Valentino Couture fall 2016 line for the Paris Fashion Week is no doubt poetic and highly fashionable, with the staff at Valentino living and breathing the theme day in and day out.

Valentino is an incredible house. It has been around for so long and we know will continue to exist perhaps even long after we are gone. It brings in drama and such imagination and style that one cannot help but be amazed at the minds of the creators behind the final products. 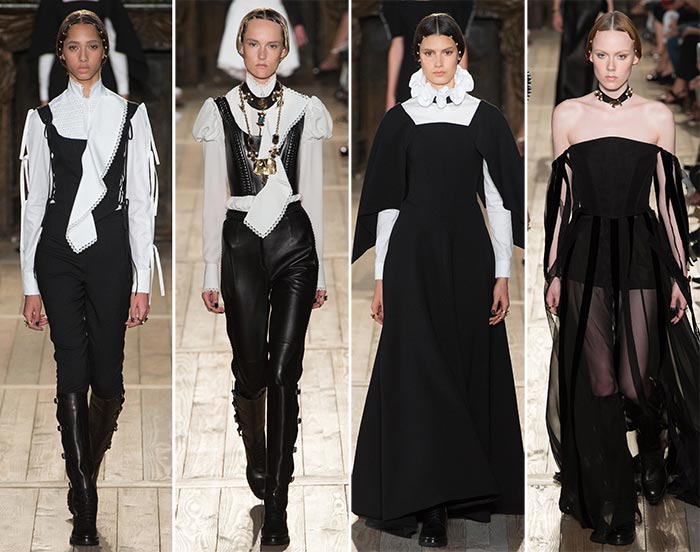 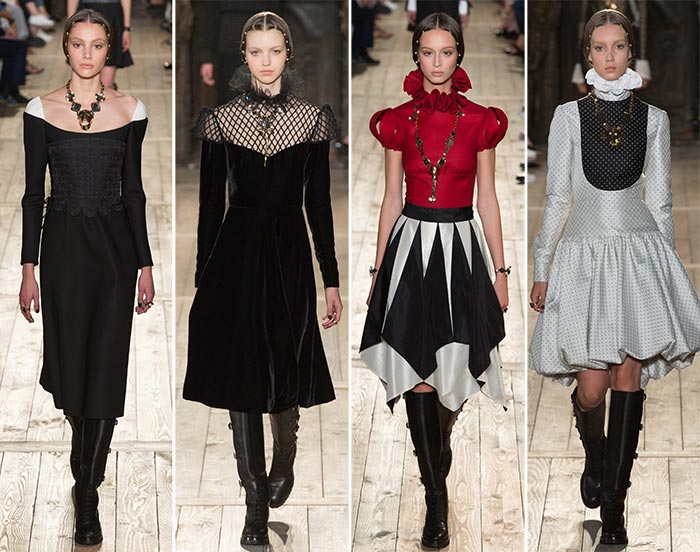 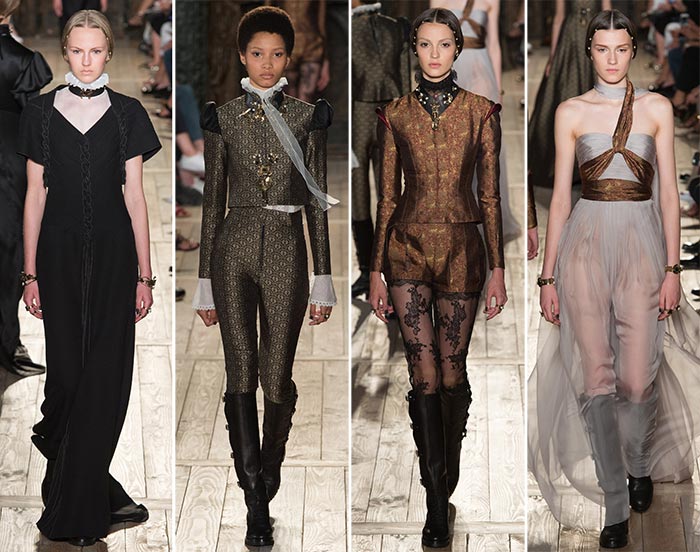 Of course, there are worries about Chiuri’s leaving and breaking up the amazing partnership that has been created here, but we are sure that Valentino won’t be suffering much for it. On the contrary, it is expected that the house will see some fresh faces and through that, begin to work on some fresh ideas.

In the meantime, we are left to duly adore the new Valentino Couture collection and fall in love with the atmosphere it inspires again and again. 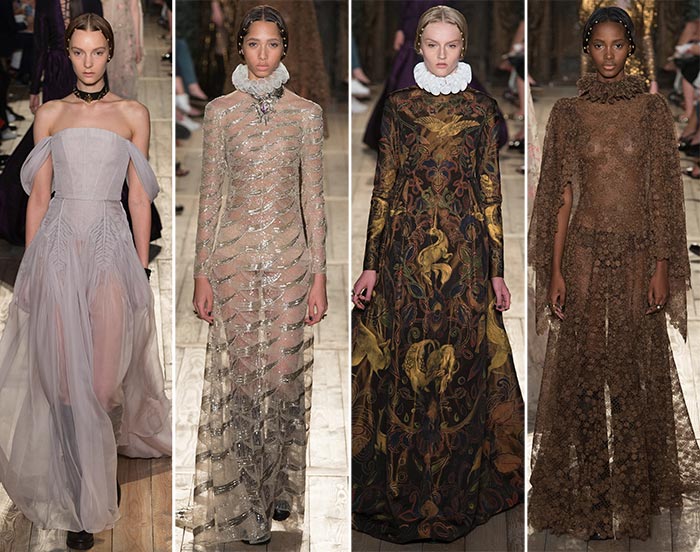 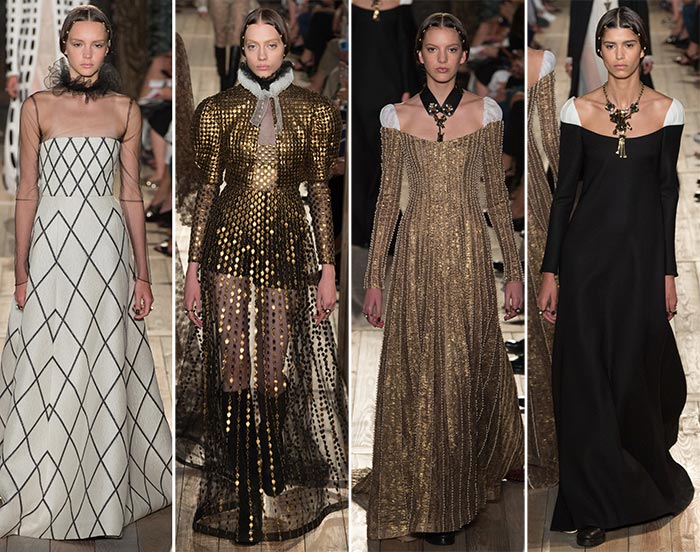 With all the fashion world a stage for Shakespeare lovers in the industry, it makes perfect sense for Valentino to utilize crisp whites peeking out of black pants, dresses under coats, vests appearing in the midst, and the best in the gowns department, where they ranged from the sheer draped chiffons and delicate embroideries to the more imposing animal jacquards and humble wool creations.

We will be watching future events unfold with rapt fascination, the love of fashion driving us to cheer on both Dior, who will be gaining Chiuri, and Valentino, a house that never ceases to amaze. 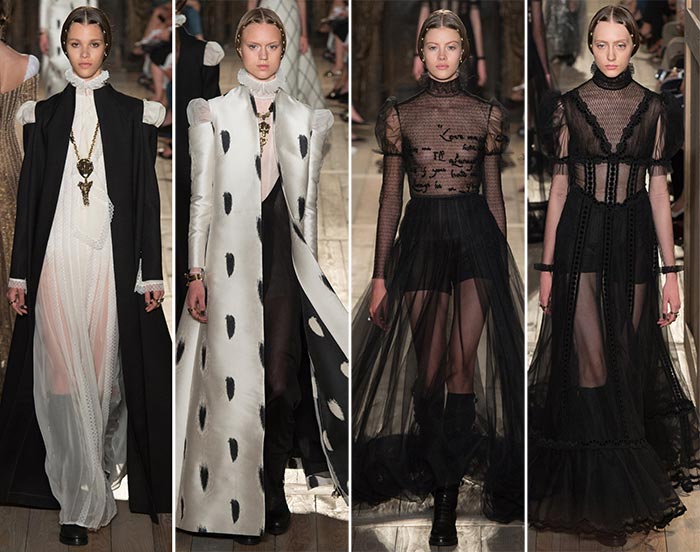 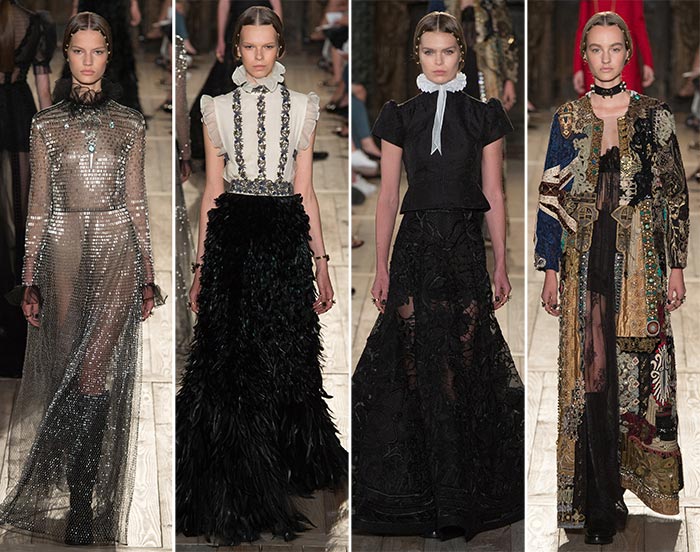 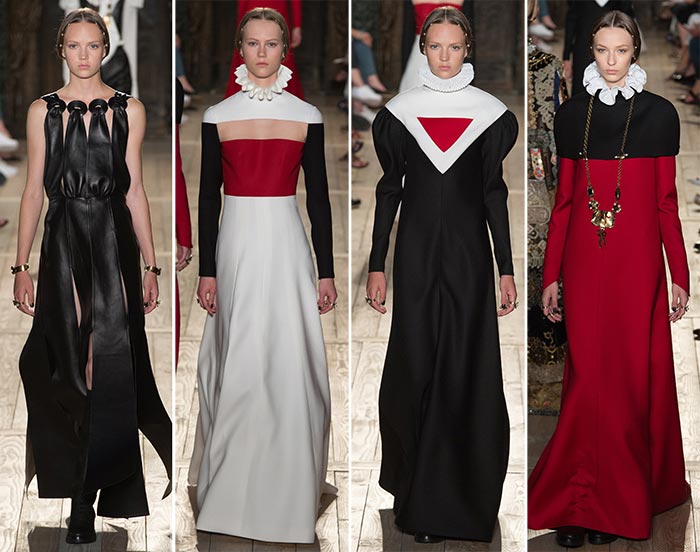 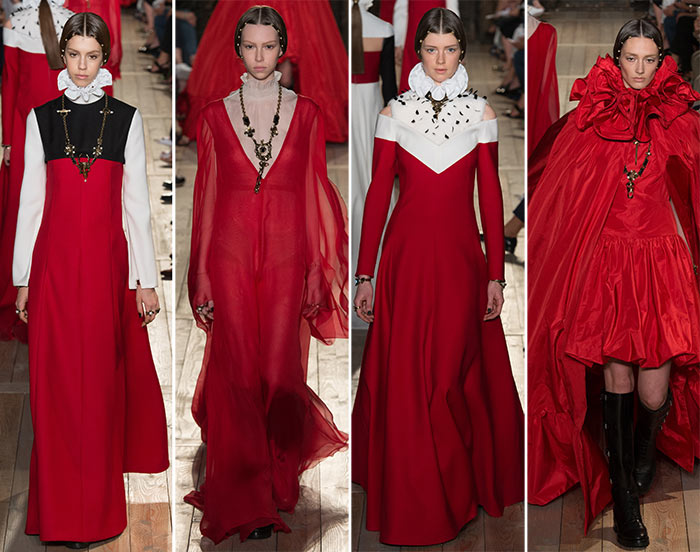