Olivier Rousteing is a busy man, indeed. Besides designing all of Balmain’s collections, he often volunteers for collaborating with fast-fashion retailers, always creating highly anticipated capsule collections utilizing his exceptional artisanal skills. Less than a year ago, his notorious partnership with H&M made everybody run amok and, now that Olivier Rousteing has officially joined forces with another internationally renowned label, we expect a similar success. The NikeLab x Olivier Rousteing 2016 Football Nouveau collection is set to be available at nike.com/nikelab and selected NikeLab stores on June 2nd, and will come as part of the sportswear giant’s “Summer of Sport” series. 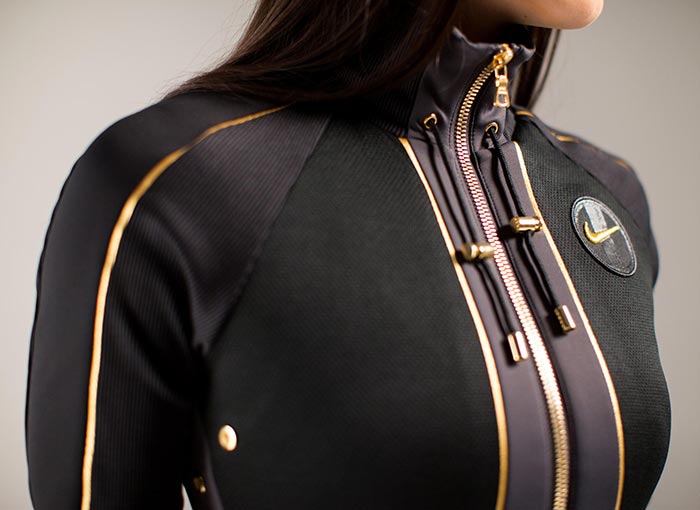 So Olivier Rousteing has teamed up with NikeLab, and the duo has jus unveiled an athleisure-inspired football collection that perfectly personifies both Nike’s sporty silhouettes and Rousteing’s haute couture allure with a golden touch. Balmain’s creative director is following in the footsteps of Givenchy’s creative director Riccardo Tisci who, recently, delivered the exciting Tisci x NikeLab capsule collection.

Rousteing, who has adopted a sort of ‘fashion for all’ formula since he got appointed as Balmain’s creative director back in 2013, will surely make his younger followers rejoice at this partnership, as they often look to the French fashion designer’s social accounts to find inspiration, while also browsing through the latest high/low fashion trends.

NikeLab specifically chose Olivier for its collection also because the brand values the designer’s working method, namely assimilating all the things a successful capsule collection needs to encompass. In this case, he asked himself what a real football/soccer player would wear.

“Olivier was obsessed with the complete look, making sure each piece worked together — not just within the men’s and women’s collections, but also between the two. At every design review, he’d ask, ‘Would a football player really wear that?’ That question helped keep the collection rooted in sport,” explained Jarrett Reynolds, NikeLab Senior Apparel Design Director in an official statement.

As for Rousteing, the designer decided he needed to spend some time at Nike’s Northwest headquarters, to better immerse himself in the sportswear world. “I went to Portland a year ago, a huge campus! The archive, the innovation, such a different world, a healthy world,” he said regarding the experience. 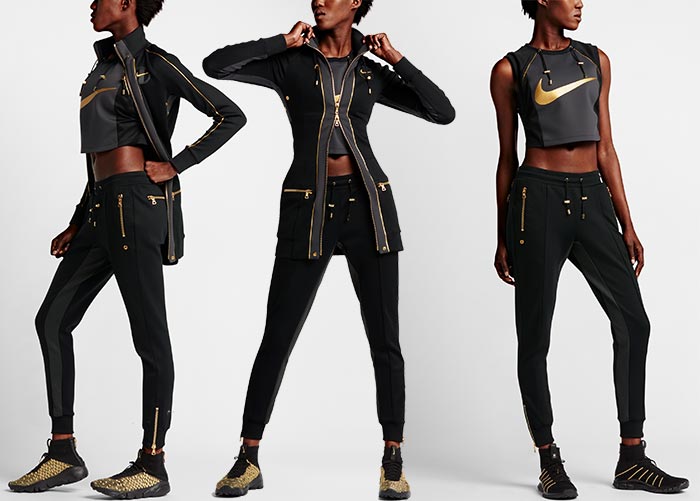 And we could definitely state that such an experience bore fruit indeed, especially in the revival proposals. The NikeLab x Olivier Rousteing Football collection features reinventions of classic pieces, such as that of the N98 Football jacket (which in this case literally comes with Rousteing’s iconic ‘golden touch’), as well as a fancy array of leggings and sporty tops. Both the men’s and women’s versions of the proposals feature a black background and gold trimmings, as well as an embroidered woven crest placed over the heart of the N98 Jacket.

The collection is also all about small, yet powerful details, and makes sure each item exudes not only uniqueness but also unconventional haute couture vibes. Olivier is, of course, ‘to be blamed’ for such a meticulous design process, and the results couldn’t be more exciting!

“Olivier is meticulous about the details, with a passion for finding clever ways to embellish existing structures,” concluded NikeLab Senior Footwear Innovation Design Director Nate Jobe, and we can’t help but hope Nikelab will keep on working on such astounding collaborations. 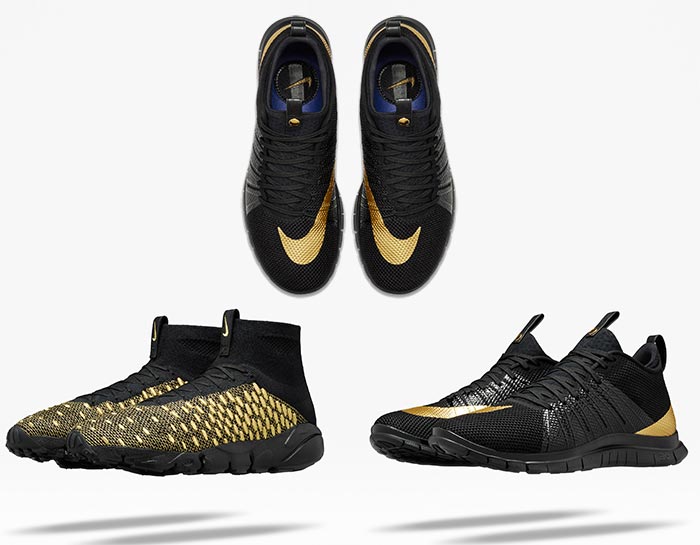