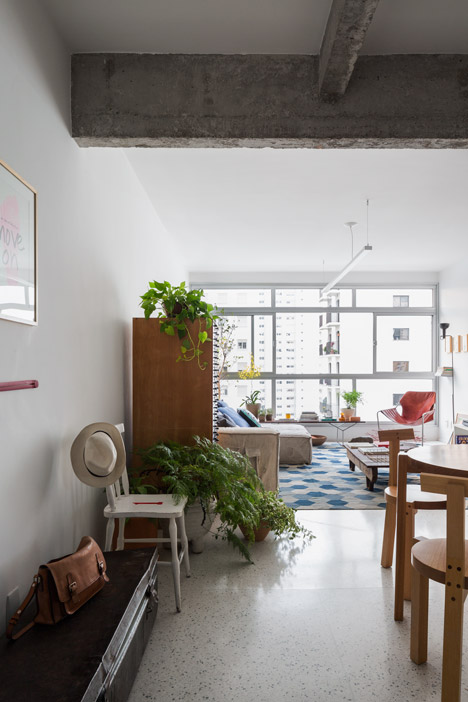 Aiming to produce far better circulation in the property, named Pompeia apartment, the architects decided to modify the unique floor plan – which developed a largely segregated space with plenty of separate rooms. 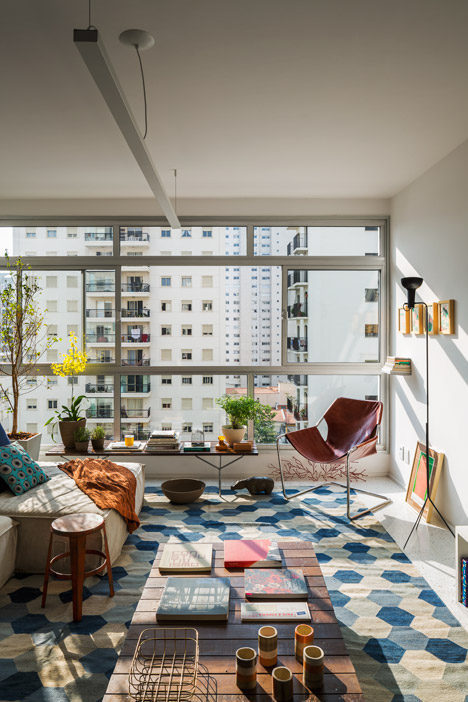 “We desired to make the apartment suitable for these days,” said Vitrô architect Nathália Favaro. “We applied a constant circulation that immediately connects social, intimate and support places.” The studio began by demolishing the walls separating the entrance, living room and kitchen region to open the room up and produce a single large room. 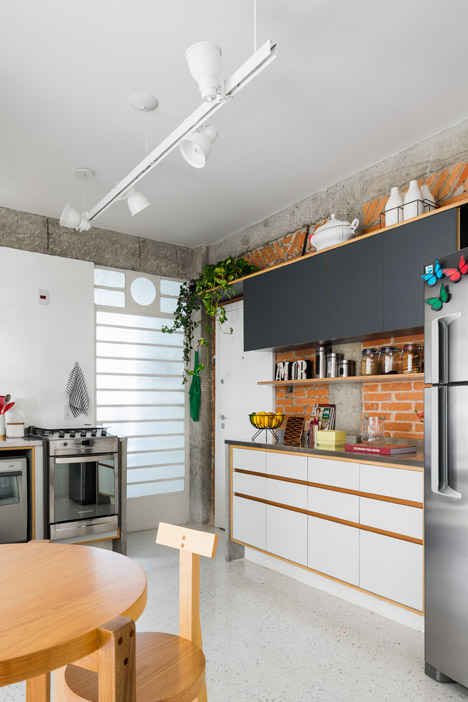 “The kitchen was dark due to the fact of the main wall that utilised to divide it from the residing room,” Favaro told Dezeen. “During the day, the sun that comes in from the windows in the residing room couldn’t pass.”

Two existing bathrooms were redesigned to far better suit the client’s wants, while a third space was transformed into a closet for the master bedroom that is located to the left of an workplace space. 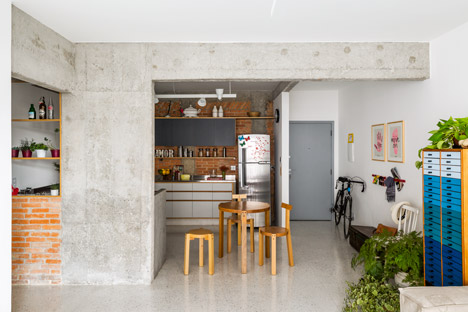 Red-toned brickwork and concrete pillars uncovered during the renovation process have been left exposed. This gives the home a somewhat unfinished look – an effect also just lately created at a converted Antwerp warehouse and a Japanese gallery. 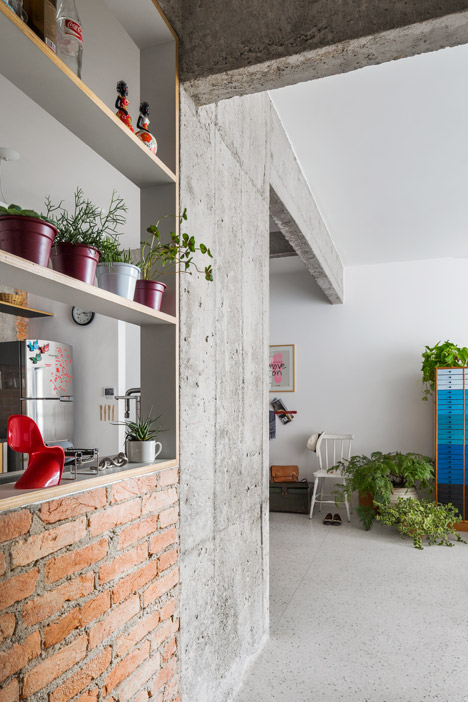 “The notion of making them a characteristic came right away,” Favaro stated. “They guided our selection of other finishes about the apartment.” In the bathroom, a concrete slab varieties a extended sink and shelving program, whilst hexagonal yellow tiles from the existing style remain in location across the floor. Matt-finished cupboard fronts in monochrome colours contrast with a brick wall in the kitchen. 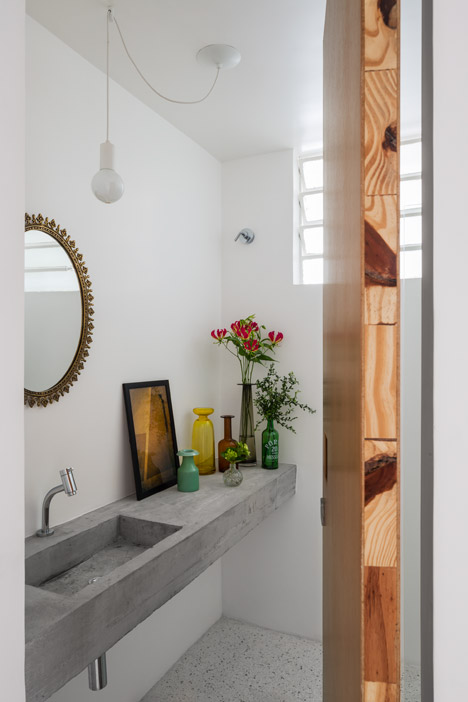 Original wooden flooring has been replaced by granilite – a smooth-surfaced materials produced up of cement mortar mixed with water, powdered marble and stones, which is frequently used as a less costly alternative to granite. 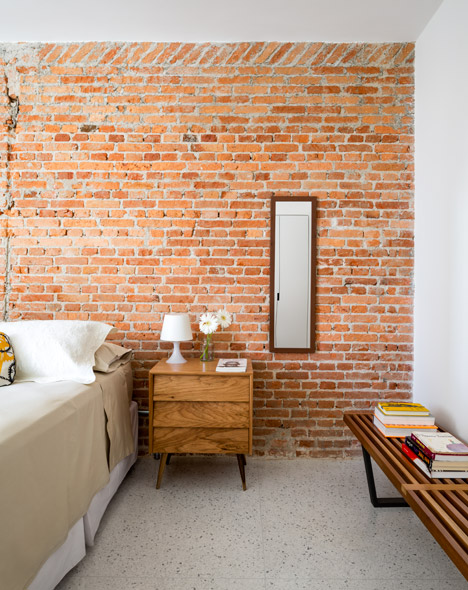 “In the past, granilite was extensively utilized in staircases, kitchens and bathrooms, or in the hall of middle-class buildings in the 1940s,” stated Favaro. “It manufactured historical past in Brazilian architecture.” Colourful rugs and furnishings, like Ron Arad’s ripple chair for Moroso, are teamed with plants and flowers to create an informal ambiance. 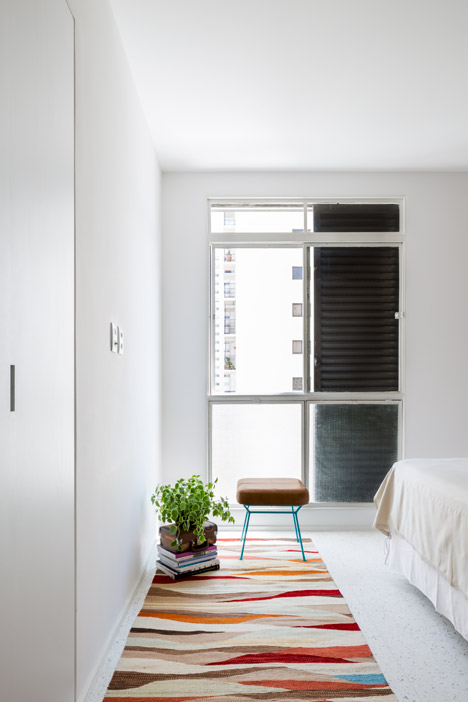 Photography is by Ana Mello

Diagram exhibiting walls that were demolished