Dutch Design and style Week 2015: every single garment in graduate fashion designer Vera de Pont’s Pop Up trend assortment can be lower out from a single piece of material by the wearer . 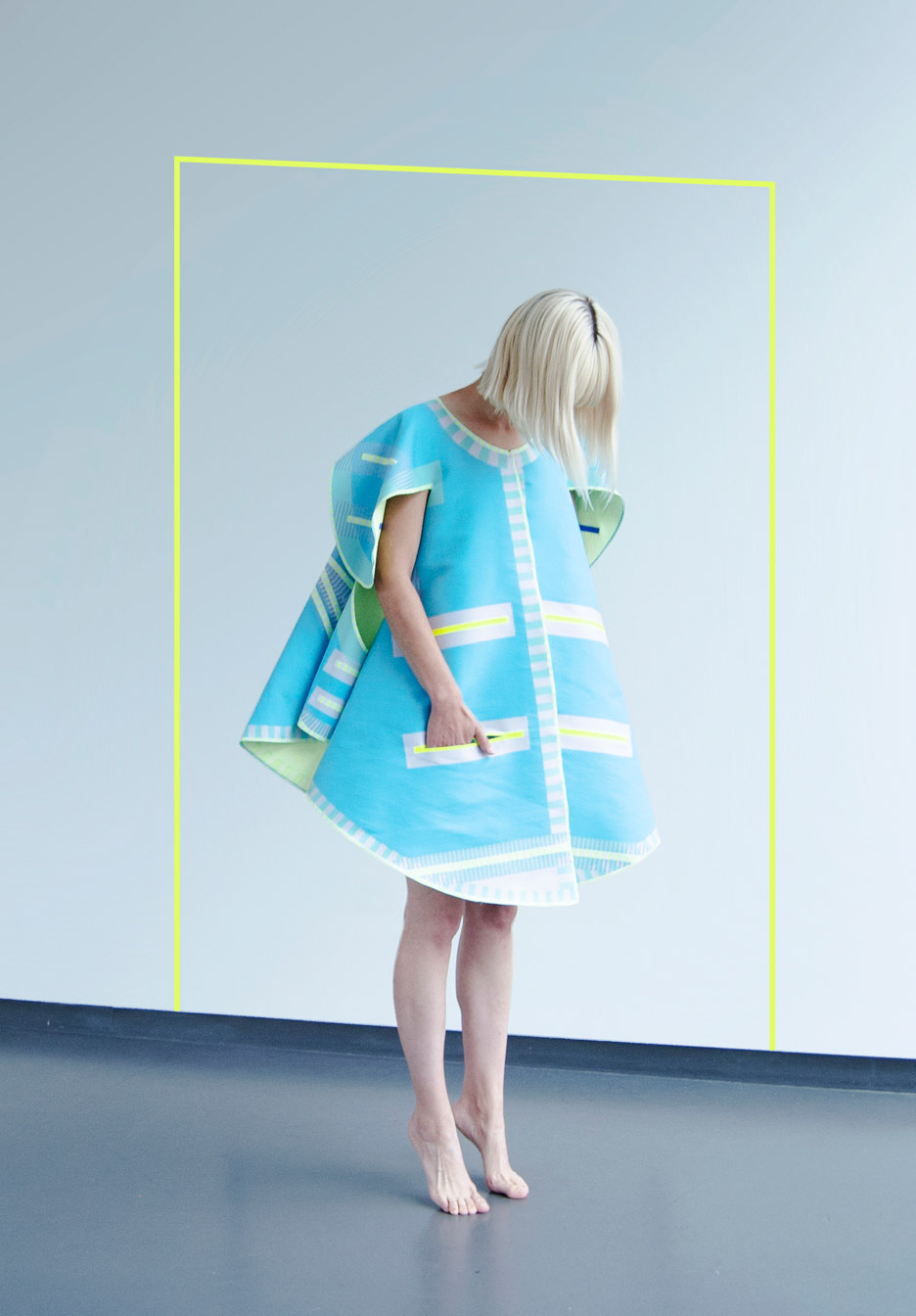 Created even though studying at Style Academy Eindhoven, De Pont’s range includes 5 silkscreen-printed or woven coats – four prolonged and one particular brief. Each is produced as cut-out patterns on huge pieces of fabric, that can be delivered to the wearer as a roll. 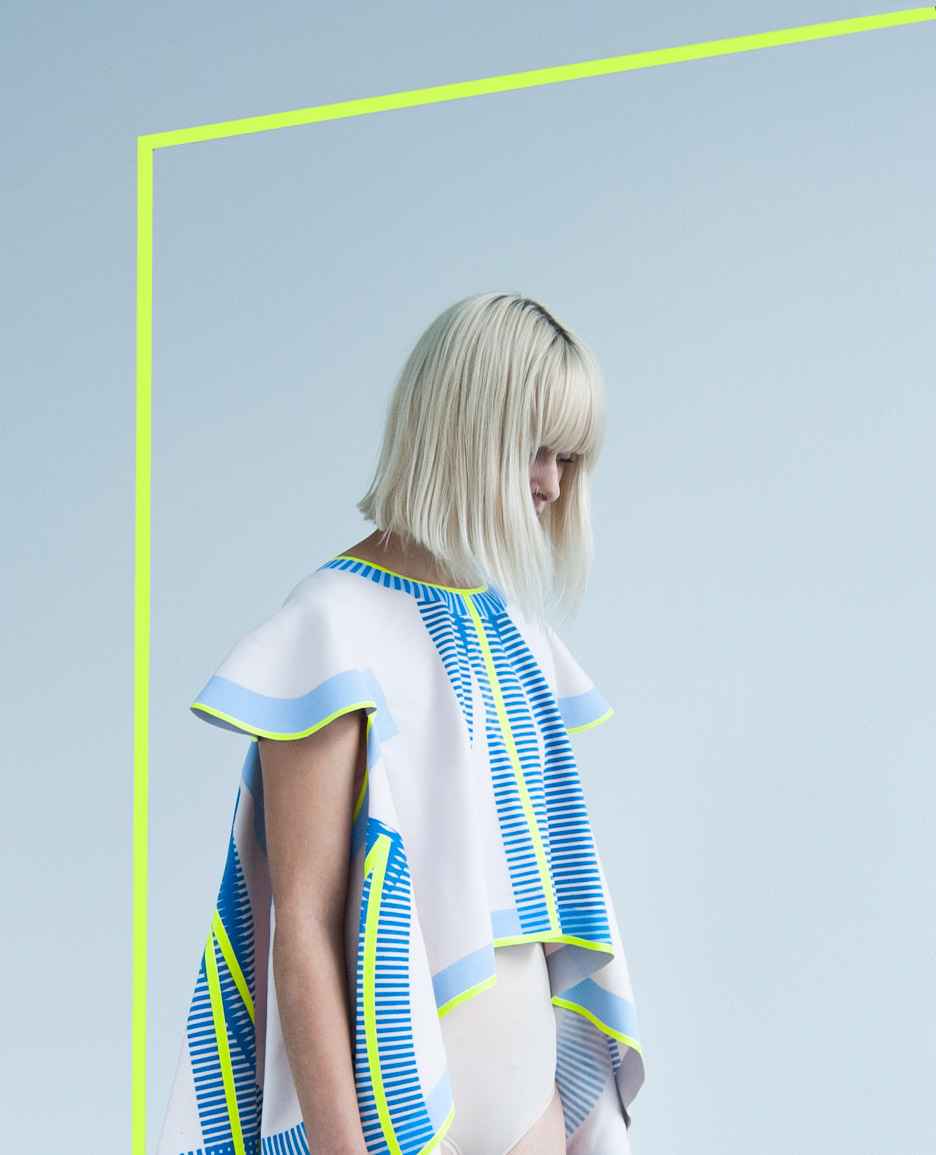 The material features contrasting colors and graphic stripes that emphasise the shapes and lines of the entire body, with cutting suggestions incorporated into the coat’s decorative pattern.

“I acquired a bit annoyed, as several people do, with the way the program performs,” de Pont advised Dezeen. “I wished to bridge the factory with the customer, and make the client a lot more concerned in the creative procedure of this garment as properly as skipping the sewing market – because it really is very time consuming.” 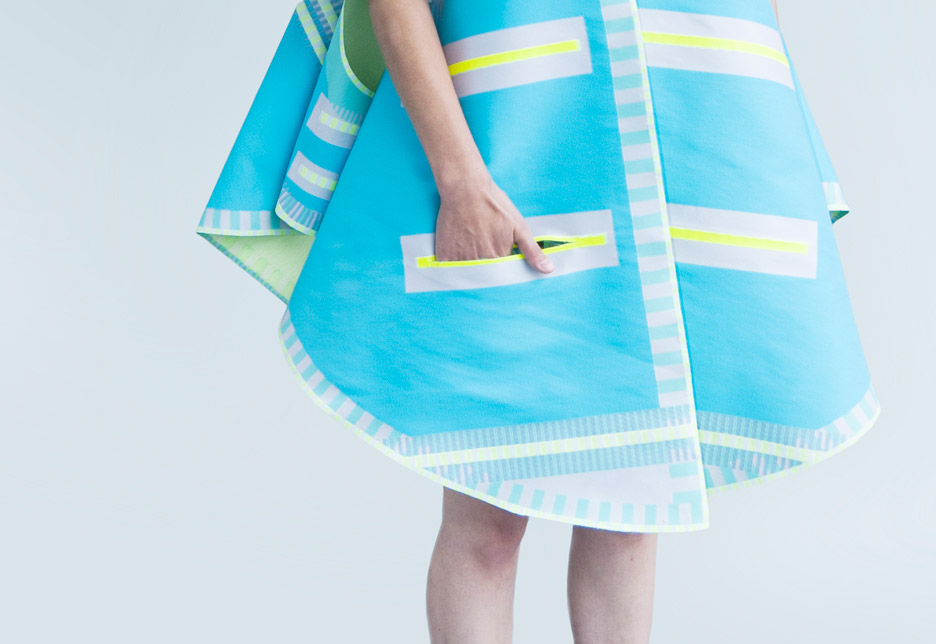 The types get rid of the require for sewing, and once the coat has been cut out as a single piece the layout “pops into shape” and is prepared to put on. 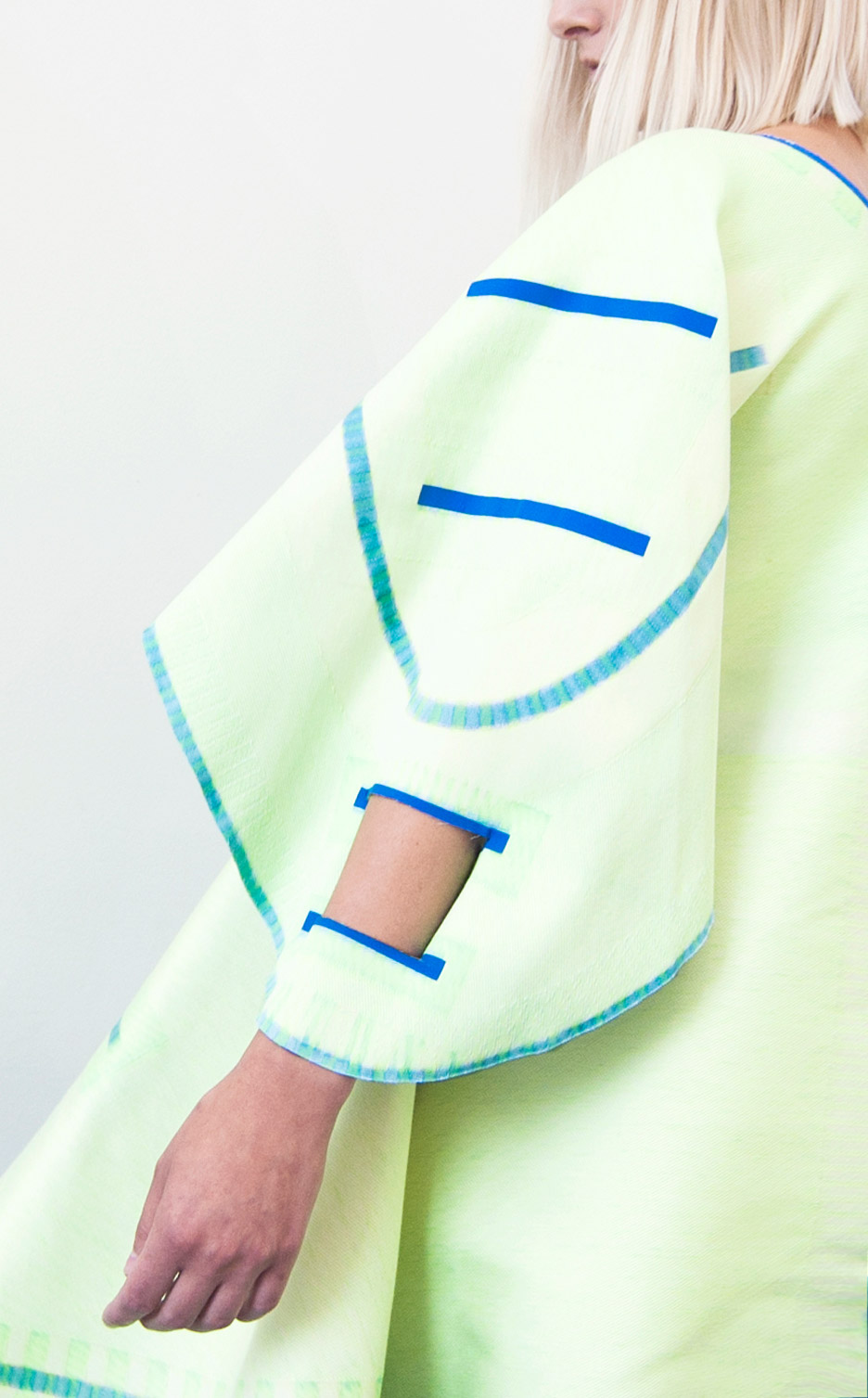 For the woven garments, which have a tendency to fray as soon as lower, de Pont incorporated bands of bonding yarn that can be ironed right after cutting to “set” the material in location. 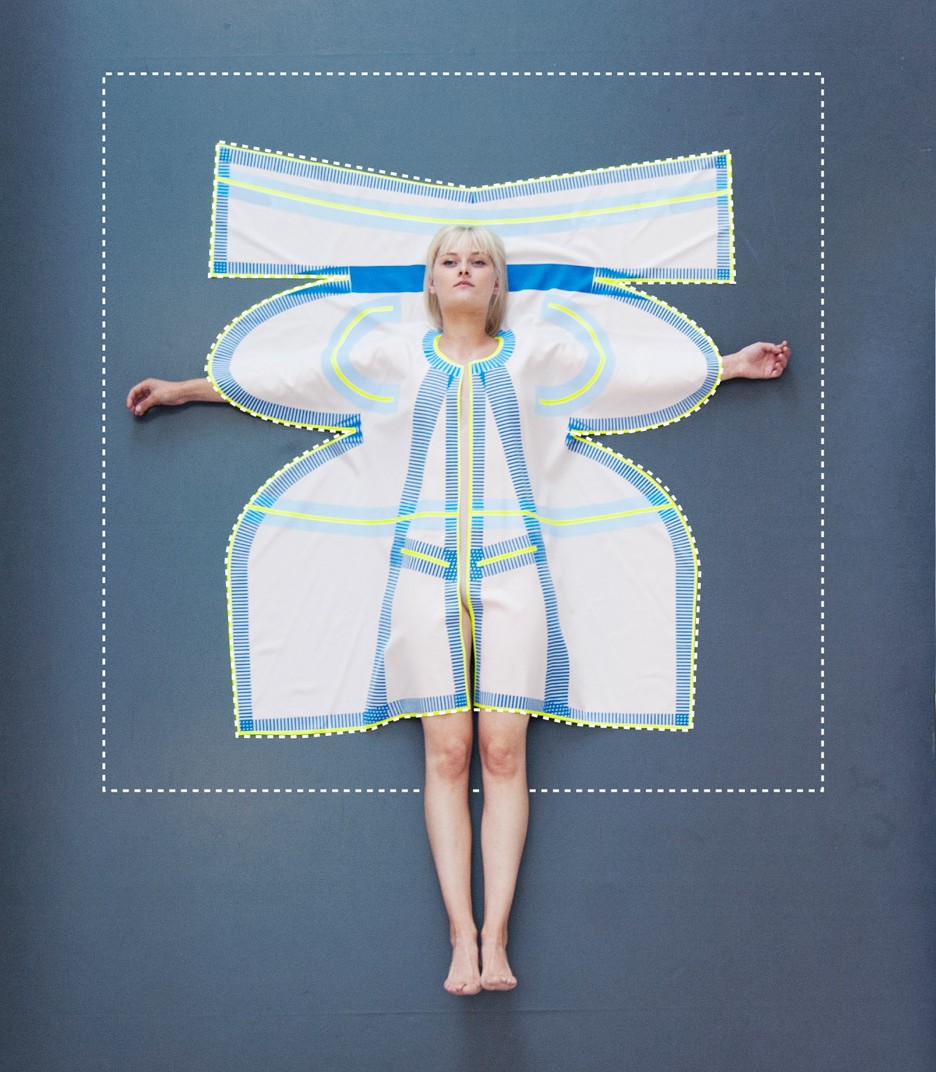 After assembled, the coats feature broad petal-shaped sleeves and wide skirts, which have been developed without having a certain age variety or audience in thoughts.

“I did not determine a target group, I produced it one dimension and open simply because I needed to concentrate far more on the approach of it,” de Pont explained. 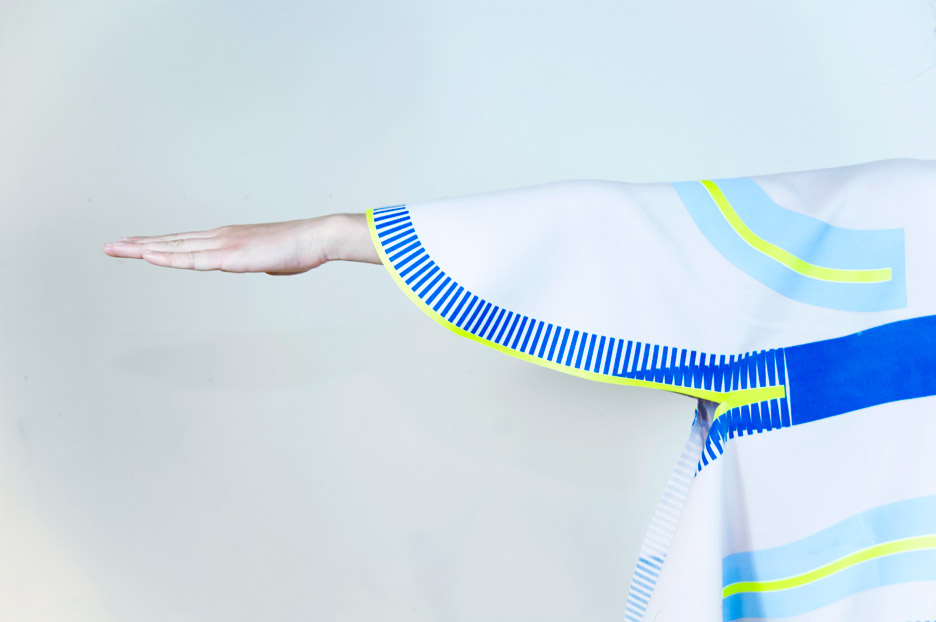 Fellow Eindhoven graduate Martijn van Strien has also rethought that approach of style manufacturing – not too long ago launching his Post-Couture Collective trend organization as a way of offering garments that can be individually customised and self-developed by the wearer. 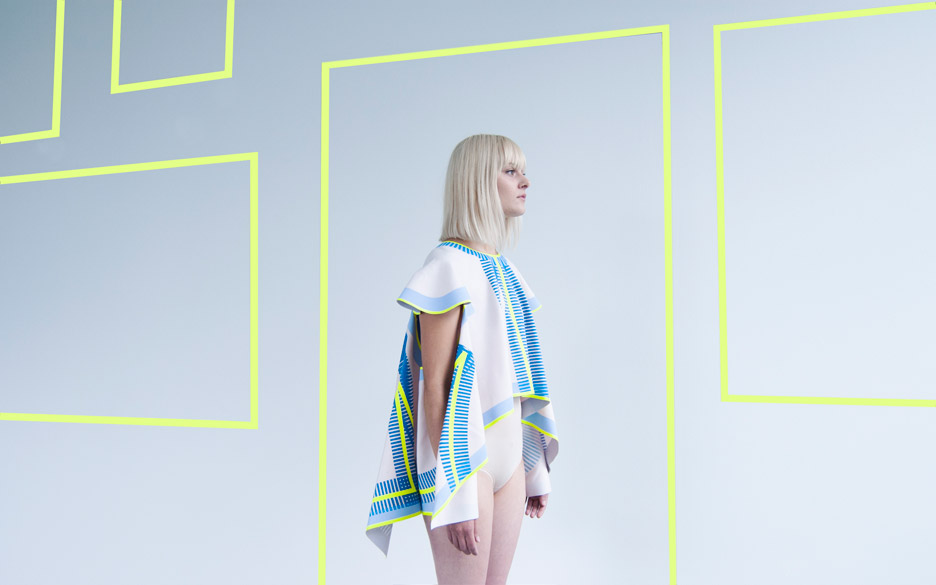 The Pop Up collection is on demonstrate at Design and style Academy Eindhoven’s graduate exhibition for Dutch Layout Week, which runs from 17 to 25 October 2015. 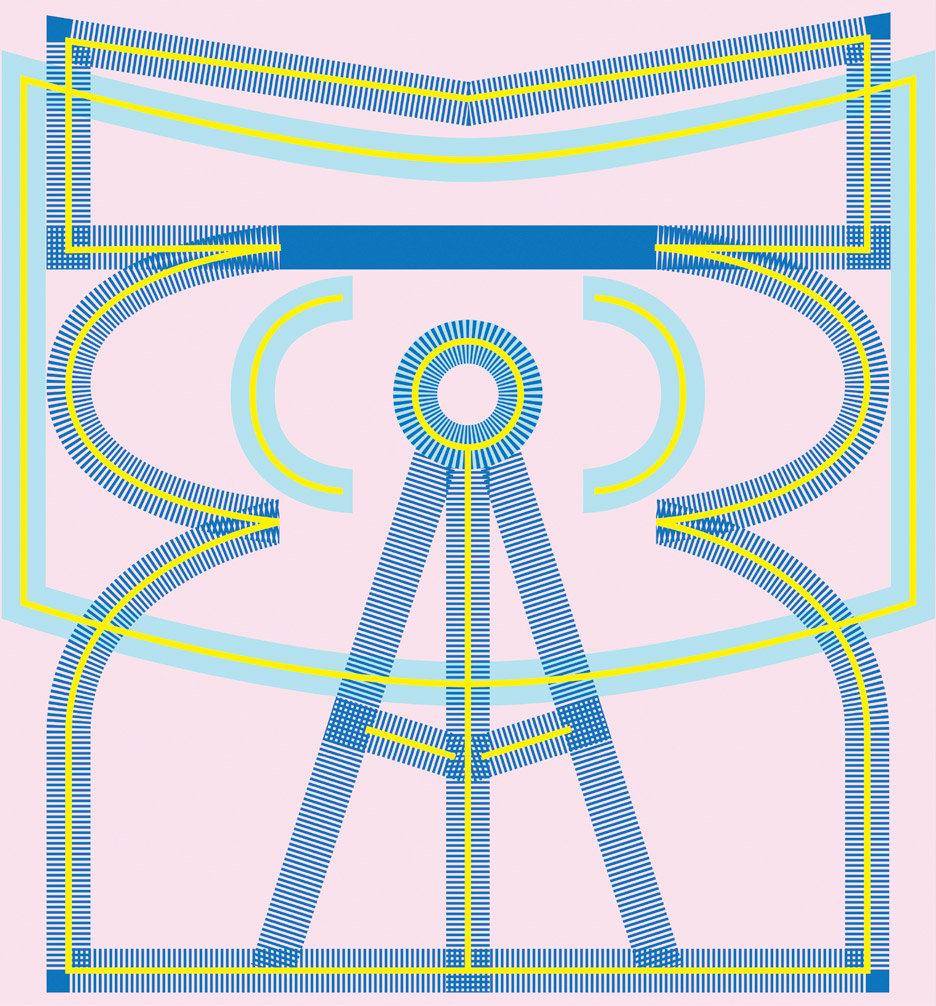 Also on display is Jessica Smarsch’s selection of textured garments that are patterned utilizing data recorded from muscle motion.

A Floral Collaboration that has us itching for Spring

Pictures Of Summer May Be Making The Terrace!