This steeply slanted platform by architects John Lin and Olivier Ottervaere varieties a roadside marketplace and elevated viewing point for a Chinese town getting rebuilt after two earthquakes . 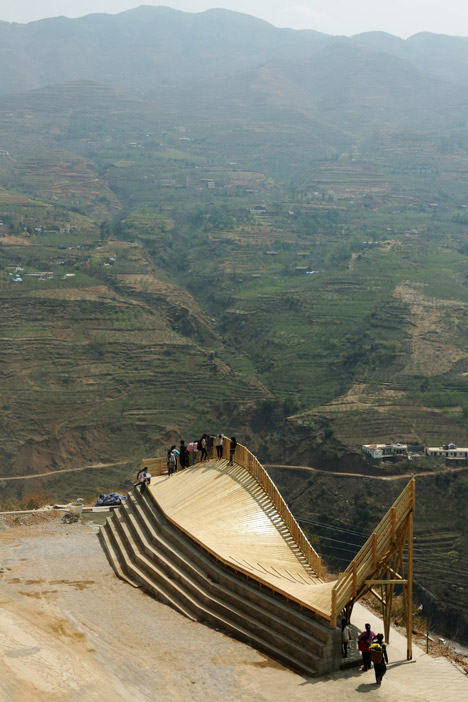 Lin and Ottevaere, the two professors at the University of Hong Kong (HKU), worked with the school’s very first yr architecture college students to build the structure in Ludian, a town in China’s Yunnan Province that was broken in the course of earthquakes in 2012 and 2014. 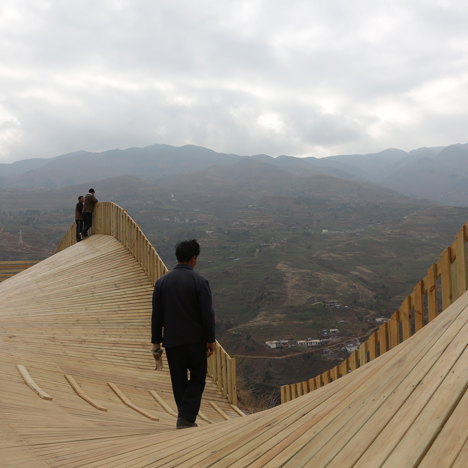 The peaks and troughs of the wooden framework – named The Warp – are developed to emulate the area’s rugged landscape, which functions a deep valley with terraced rice fields constructed into walls that stagger down the slope. 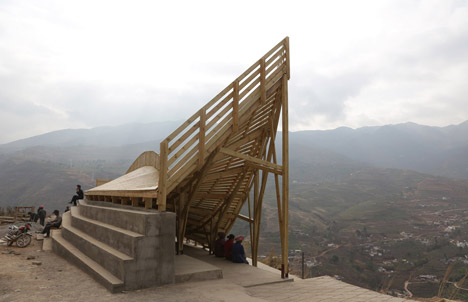 A triangular and semi-circular outcrop pitch upwards at every single finish of the 130-square-metre structure to offer an elevated viewpoint overlooking the landscape beneath.

Related story: Neighborhood library in China turns a roof into a playground

The centre of the structure dips down to meet the ground on the edge of the hillside, providing access to a sheltered seating spot beneath. 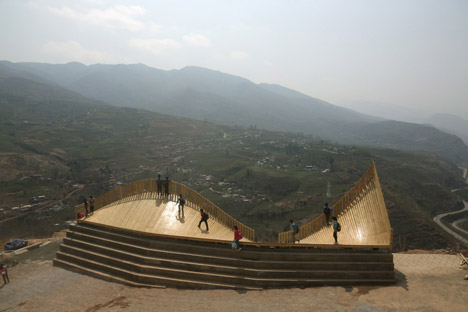 “The deck extends towards the scenic valley, transforming from a straight line into a sine curve,” mentioned Lin and Ottevaere. “Its peaks and valleys mimic the landscape even though delivering two mirrored spaces, over and beneath, for viewing and resting.” 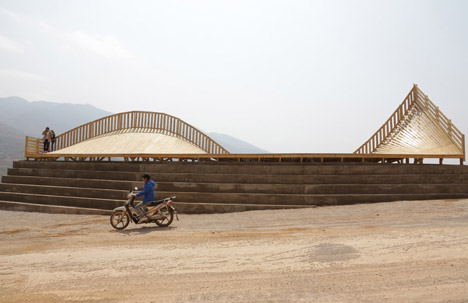 Prolonged measures run along the base of the structure to form a tiered show spot for selling fruit and other nearby make, as effectively as a meeting spot for the town’s residents. 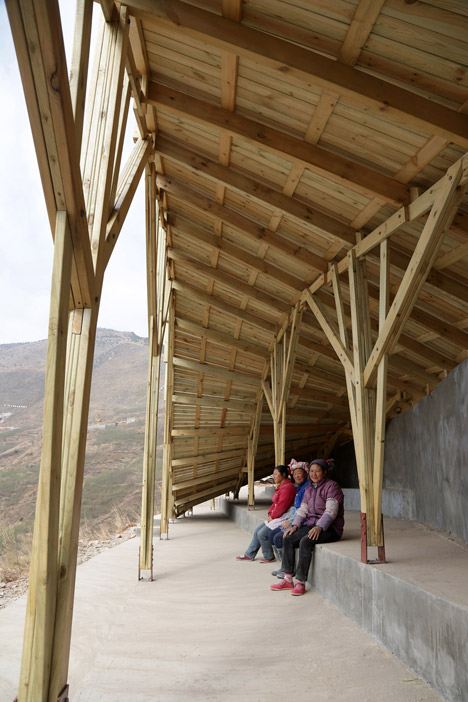 “Located in an ethnically varied region with a Muslim bulk population, the task serves as a meeting level and lookout along the main entry road to this mountain village,” explained the architects. 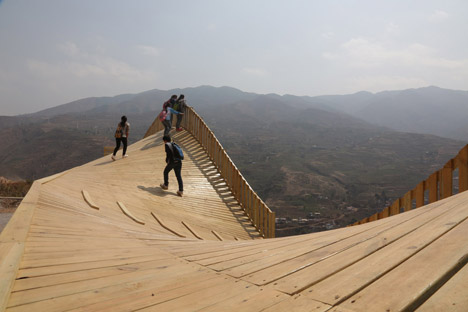 The project is the third in a series of 3 experimental timber structures erected in Yunnan Province by the architects. The very first undertaking, named The Pinch, was a village library with a roof that doubles as a playground, although the 2nd, named The Sweep, was a elevated viewing platform and play region. 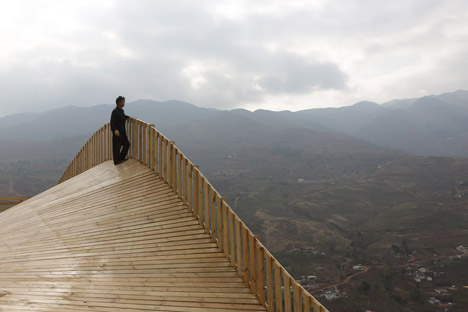 “Every single venture responds immediately to its given web site, trying to make the best use of a single little structure to give a maximum of local community functions,” explained the architects.

“Collectively the series explores the routines of purchasing and selling, bridging, resting, viewing, consuming, reading and taking part in.” 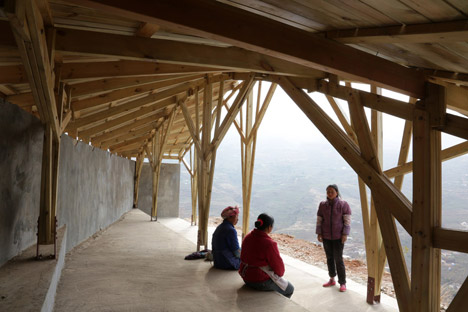 The Warp was funded via a Information Exchange Grant and the Gallant Ho Experiential Learning Fund from HKU. 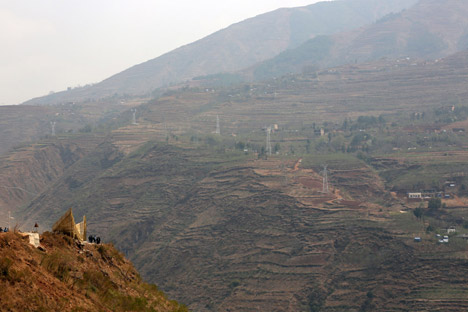 Lin has previously completed a number of buildings in rural China, which includes a courtyard property designed to be self sufficient and a charitable hospital with a walkway ramping up to its roof.

15 Ways To Make The Most Of Your Snow Day