Melbourne-primarily based Tandem Design and style Studio has made the interior for a shop that sells both footwear and health merchandise, featuring a complicated wooden shelving program that “combines geometries” . 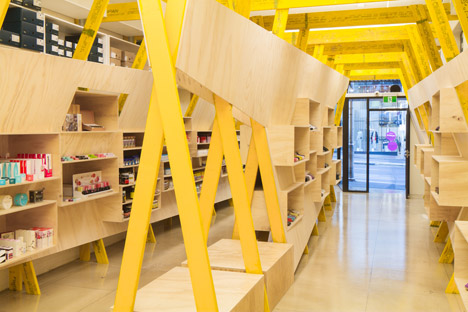 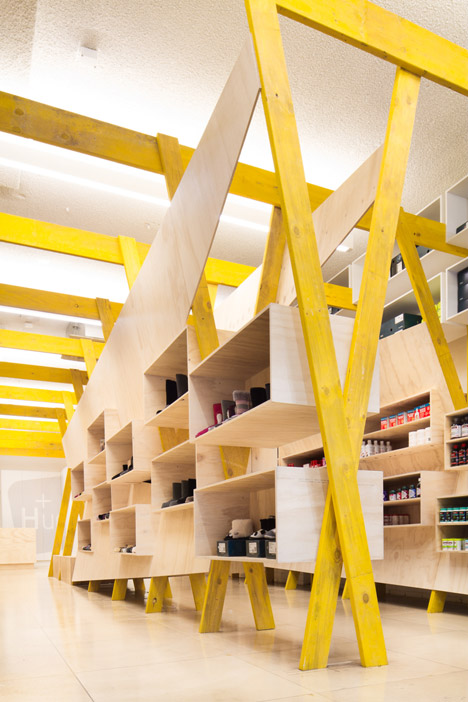 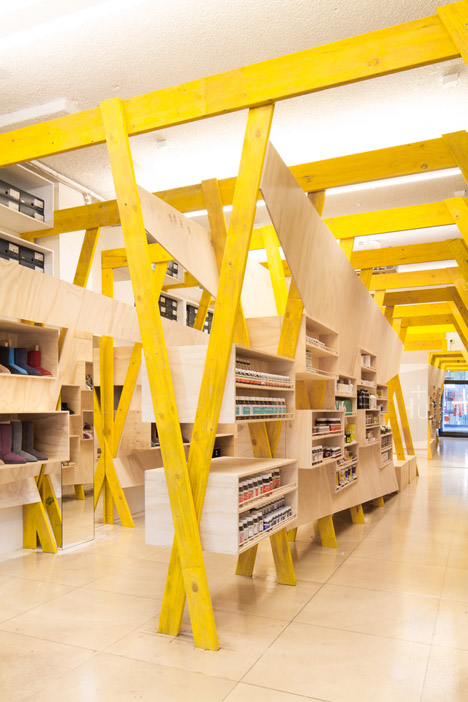 “A major challenge was to generate a store that reflected the vitality of the brand,” said the architects. “The space had to accommodate a huge amount of stock and execute as two shops inside one.” 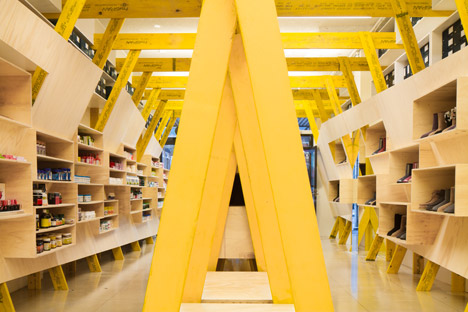 Inspired by the “choices of timber craftsmanship”, Tandem opted to use affordable resources that had been left in an “unadorned” state. 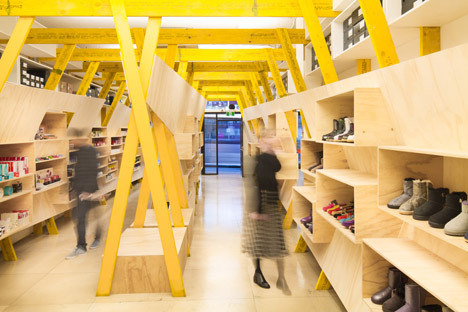 “The match-out is assembled from readily accessible building materials, and explores the interplay of two geometries one normal and modular, the other a series of irregular surfaces,” the architects explained.

Planks of laminated veneer lumber (LVL) make up the shelving frame, while boxes constructed from hoop pine plywood are utilized to show the items. 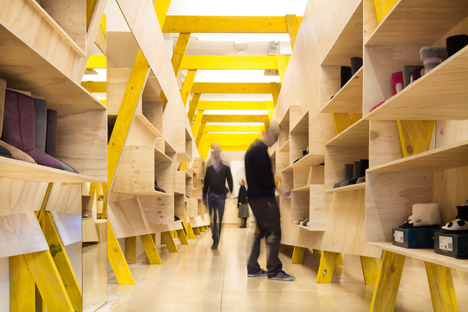 A wooden money desk is situated at the back of the retailer, while benches that permit customers to consider on footwear are positioned amongst the LVL frame. 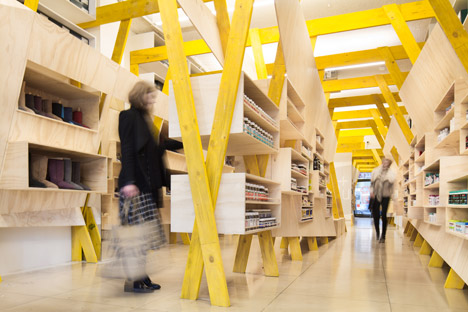 A clear coat of epoxy has been applied to the floor – trapping in the spray-paint markings produced by the builders while construction was underway. 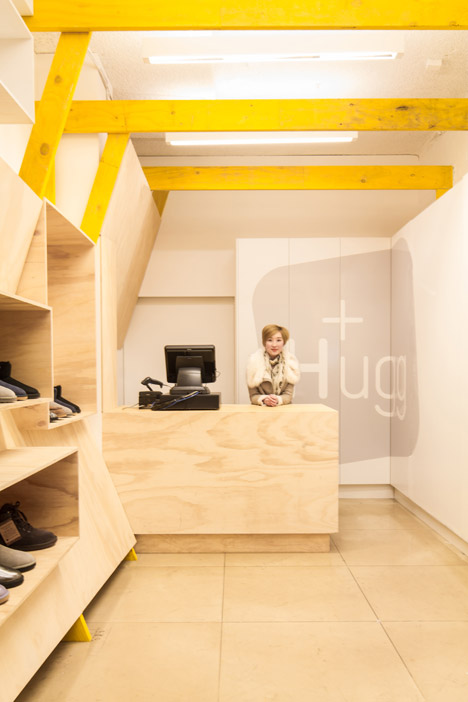 “The authentic style included covering the existing floor tiles in a coloured resin,” said the designers. “Nonetheless, the floor had been employed for the set-out and had builder codes, notes, paint overspray and other markings.” 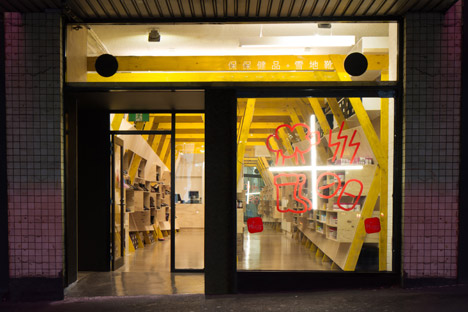 “The initial coat of epoxy was clear, and entombing the development markings,” they said. “We all agreed to depart the epoxy clear revealing the web site markings.” 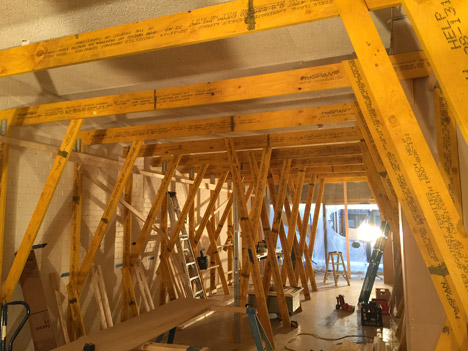 Other unusual retail displays designed recently include an eyewear store in Amsterdam with peg hole walls and a Japanese ceramics store with a floor made from 25,000 pieces of crockery.

Photography is by Nic Granleese