Studio Work has produced a series of lamps shaped like peeled bananas for an exhibition at Belgium’s Samuel Vanhoegaerden Gallery. The gallery in the coastal town of Knokke is at present internet hosting The Banana Show: a solo exhibition of banana-themed artwork and layout by the Belgian studio, founded by Task Smeets and Nynke Tynagel in 2000. 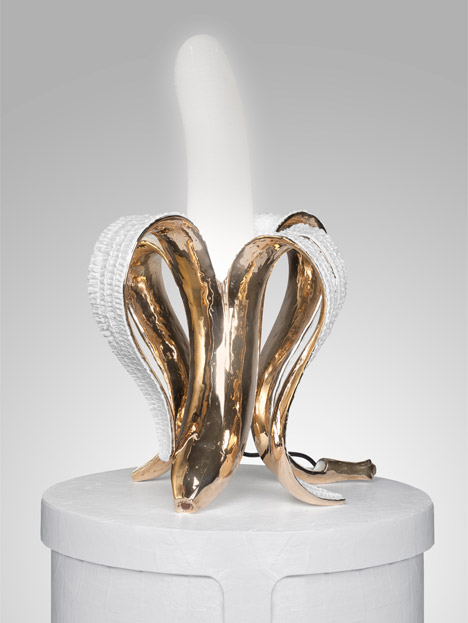 The constrained-edition assortment of Banana Lamps comprises 7 different lights, made to search like the yellow fruit. 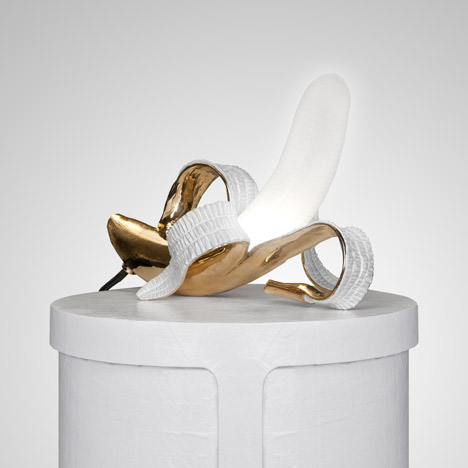 It involves 5 standing models held up in different positions by the curved representations of a banana’s peeled skin, as properly as a hanging wall light and an oversized edition. 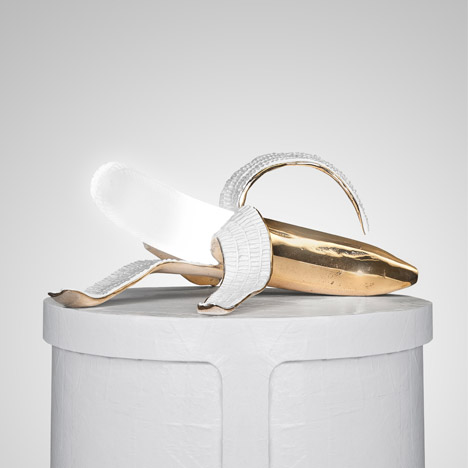 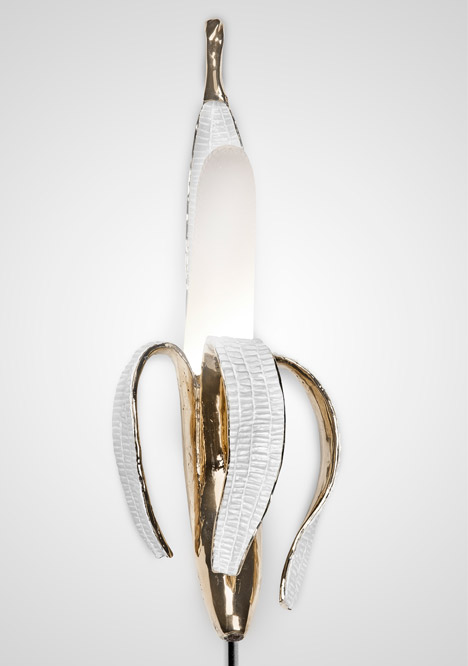 “Bananas are the most common fruit in the world… a nice reference to the other icons of the Pop Art, the Marilyns, the Campbell’s Soups, the Bucks indications, Coca-Cola… distilling the elegance out of the well-known is an art type itself,” mentioned a statement from the gallery, which also cited former artist-in-residence Keith Haring as a reference for the exhibition.

The Banana Present also involves the Buoy Mirror, which has a red ring-shaped frame with 4 white bands and resembles a lifebuoy. 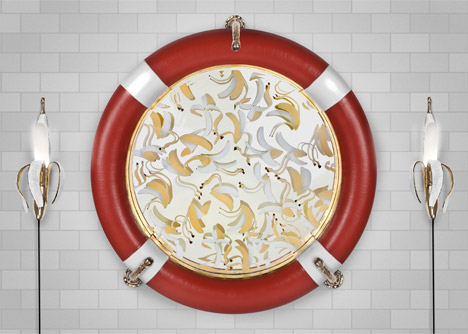 The facet-reduce mirror characteristics sintered glass and hand-painted banana graphics in keeping with the exhibition’s theme. 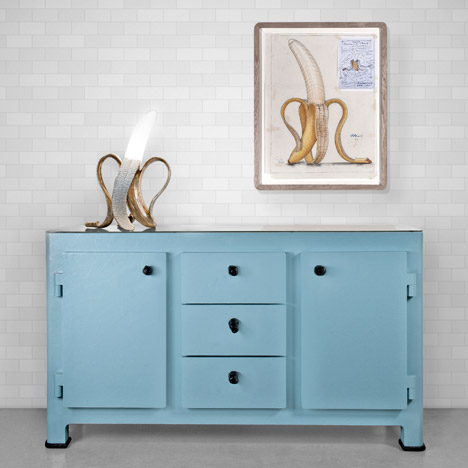 Seven new ink banana drawings on A2 paper in oak frames will be displayed alongside thirty drawings taken from Occupation Smeets’ archive from 1998 to 2005. The exhibition also coincides with the release of a guide entitled Desegnaĵoj – the initial monograph of Smeets’ drawings.

Dezeen Guide of Interviews: Task Smeets characteristics in our new book, which is on sale now

The studio is also displaying new editions to its Paper assortment. A wooden desk and a sideboard – both a single-offs – are manufactured from polyurethane-coated papier-mâché with polished bronze feet and handles. 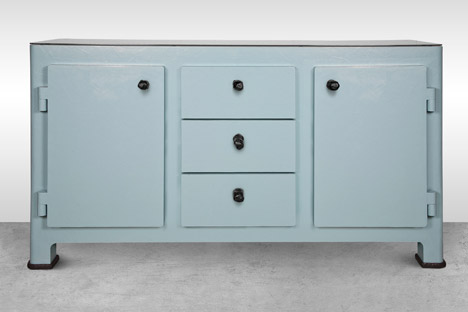 The exhibition is open until finally 27 September 2015 at the Samuel Vanhoegaerden Gallery. 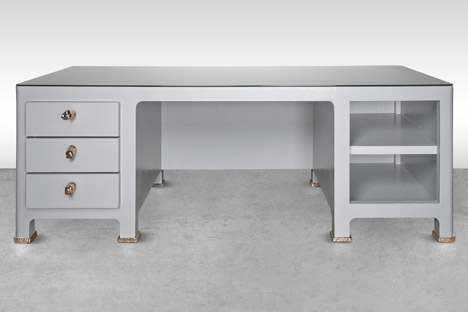 Studio Job’s recent tasks include the installation of a roller disco at the Faena Artwork Center in Buenos Aires, and a table shaped like a train crash to symbolise their romantic break up. 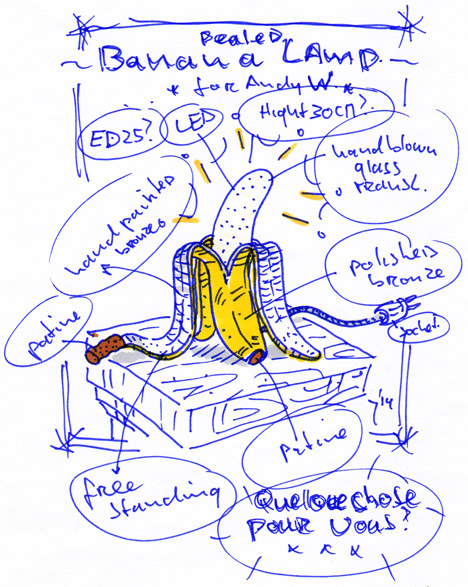 The duo isn’t the very first to model products on fruit. Tokenlights previously developed a set of hand-blown glass pendants based mostly on the fruit of a unusual Japanese plant, whilst Hisakazu Shimizu disguised a lamp as a bowl of candy-coloured glass fruits.