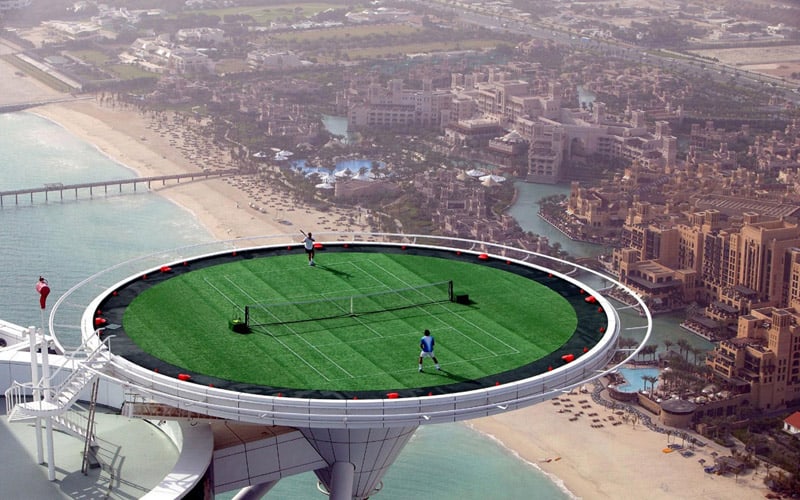 Would you play tennis in the sky?

The world’s highest tennis court rests atop Dubai’s Burj al Arab. At about 690 feet, the grass court offers panoramic views and a thrilling match not for the faint of heart.

We’ve heard about tennis matches that put the audience on the edge of their seats but how about ones where the players could fall off the edge of a 1,000 foot building? This dizzying green roof which doubled as a tennis court sat atop the Burj al Arab luxury hotel in Dubai as part of a media stunt right before the Dubai Duty Free Men’s Open. Tennis greats Andre Agassi and Roger Federer were invited up to the courts to play a friendly game before the competition began. While it was only temporary, the tennis court lives on in these amazing pictures, which actually make us a bit dizzy. Can you imagine trying to play up there? 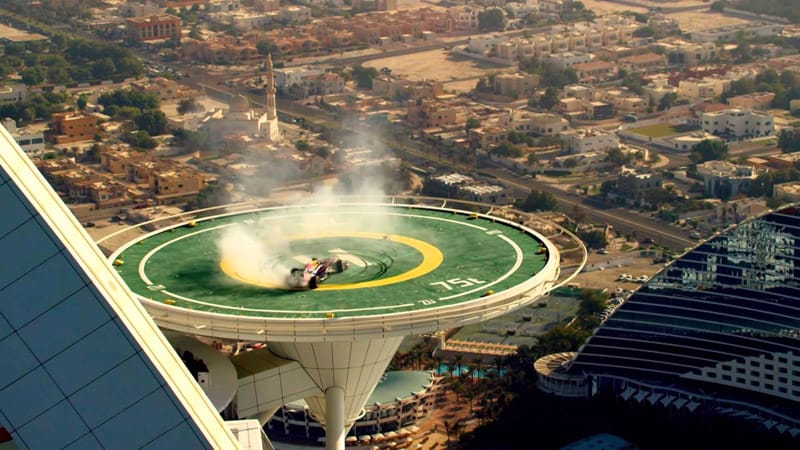 On February 22, 2005, the Burj al Arab hosted Andre Agassi and Roger Federer to play a match on their helipad tennis court before heading to the US$ 1 million Dubai Duty Free Men’s Open, which was the first round of the two-week Dubai Tennis Championships. The hotel’s helipad is situated 211 meters high and covers a surface area of 415 sq m. A video shows the pair on their way up to the tennis court and then cautiously looking over the edges before playing a round. Although the court was plenty big enough to play at their fullest, it must have been scary to run too fast or hit too hard for fear of getting close to the edge. There is a net around the pad, but still, it’s pretty far up there. 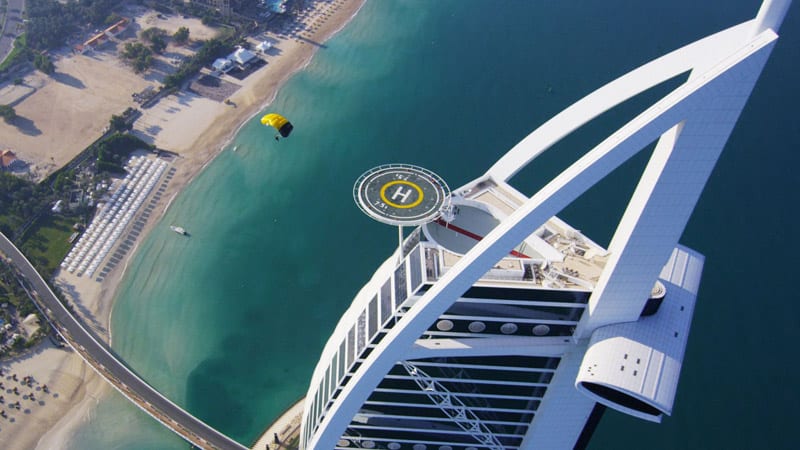 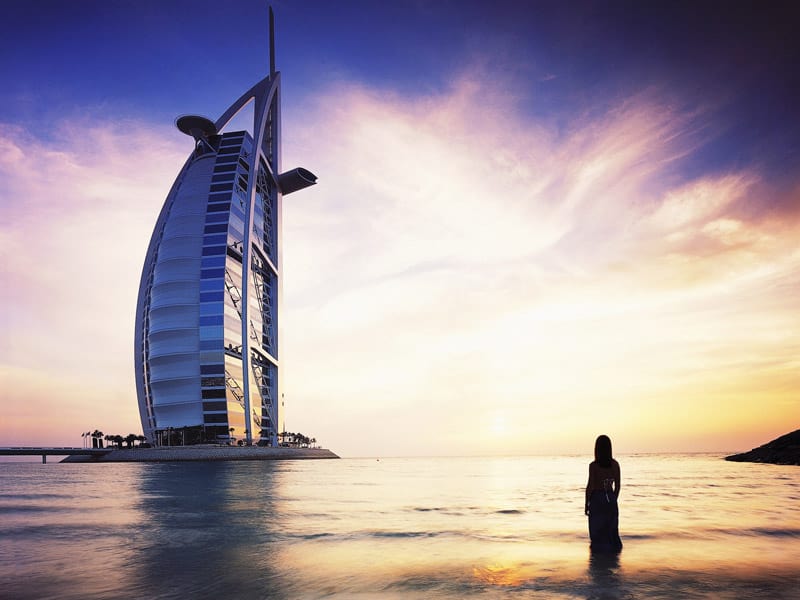 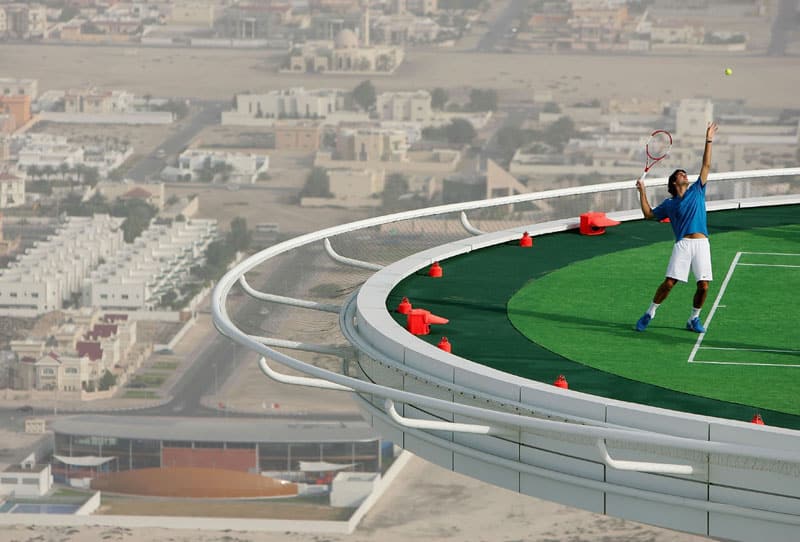 In preparation for the Dubai Duty Free Men’s Open, tennis legend Andre Agassi of the USA and the World’s No. 1 Roger Federer of Switzerland, couldn’t resist the temptation to have a friendly ‘hit’ on the world’s most unique tennis court, the Helipad of the Burj Al Arab, the world’s most luxurious hotel. Standing 321 metres high on a man made island, the majestic Burj Al Arab is without doubt the most recognizable hotel in the world. The hotel’s helipad, which is situated 211 metres high covers a surface area of 415 square metres. Roger Federer is the reigning champion of the Dubai Duty Free Men’s Open and is making his third appearance in the tournament. For Agassi this is his first time to appear in the ATP tournament where he has already progressed to the second round having beaten Radek Stepanek of the Czech Republic.

La Cavalerie is a small tennis club in the heart of Paris. 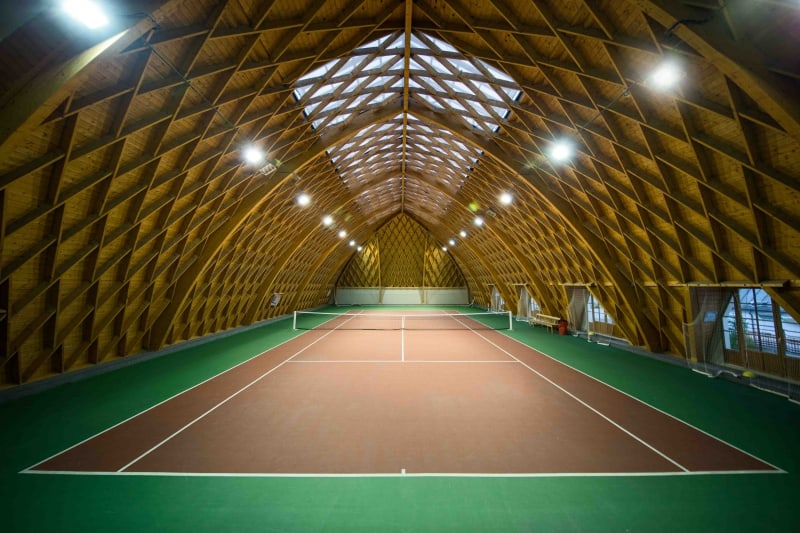 Amazing craftsmanship can be seen on the curved roof which was installed in 2000. 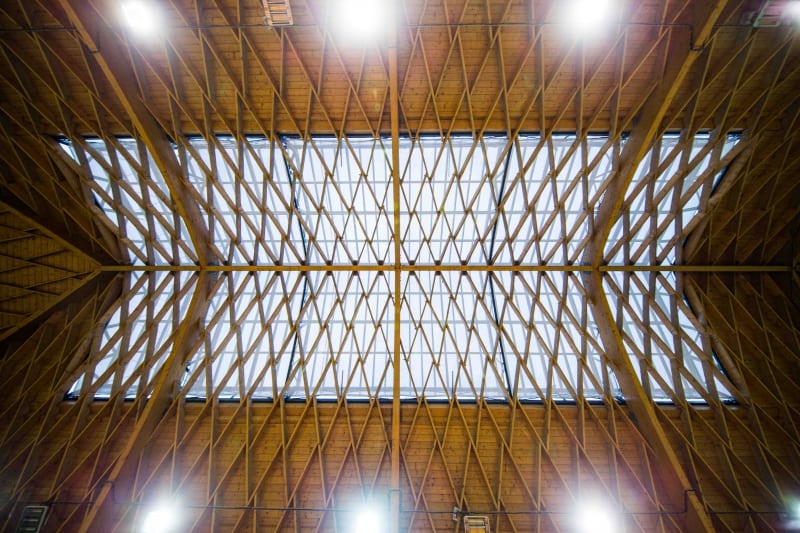 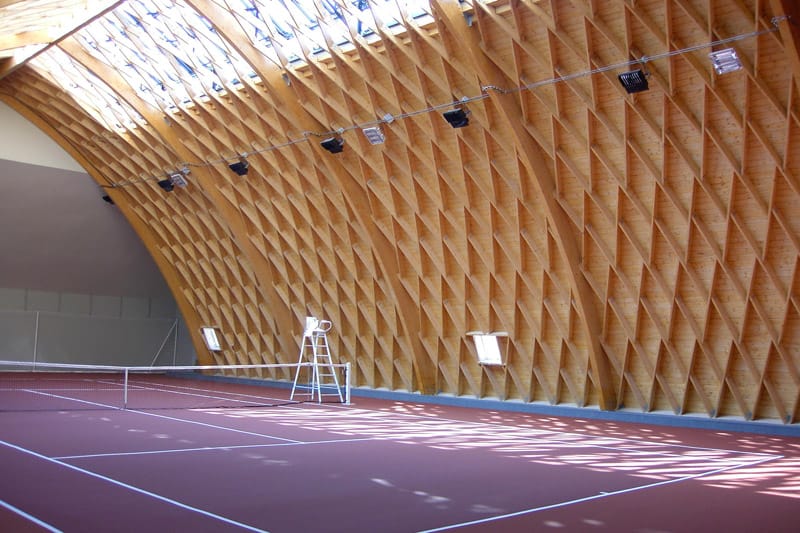 Home of the worlds oldest tennis tournament, the tennis courts at Wimbledon rank among the best in the world. Centre Court is the main court at the Wimbledon Championship, the third annual Grand Slam event of the tennis calendar. It is considered the world’s most famous tennis court. It incorporates the clubhouse of the All England Lawn Tennis and Croquet Club. Its only regular use for play is during the two weeks a year that the Championships take place. Centre Court has a premier box for use by the Royal Family and other distinguished guests, and is also known by its postcode SW19. 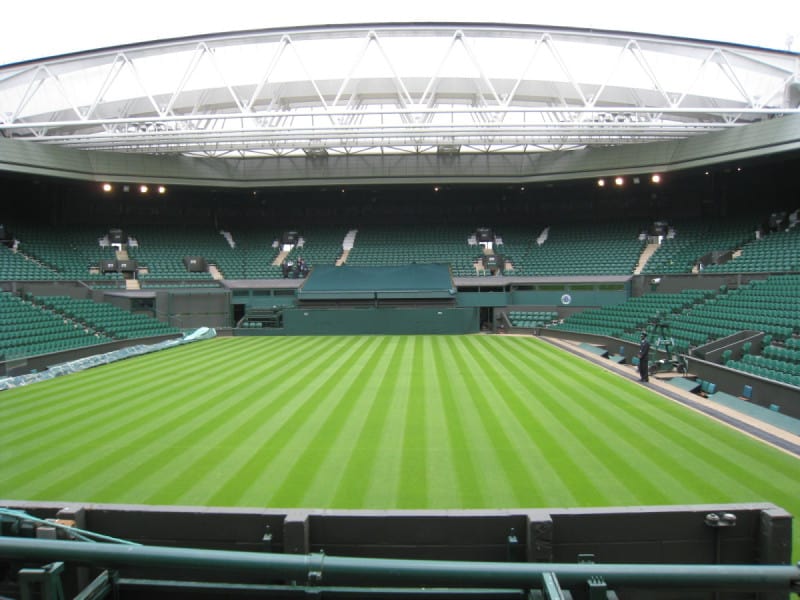 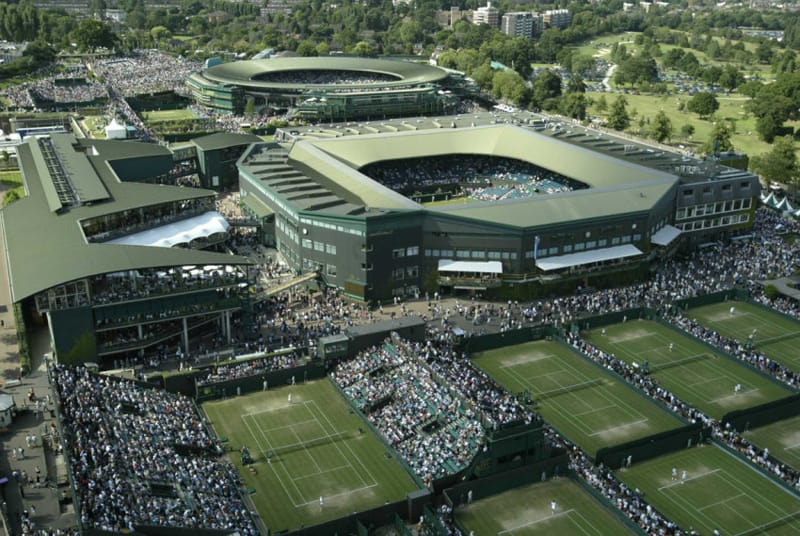 This private tennis court is also known as the infinite court for its spectacular panoramic views. 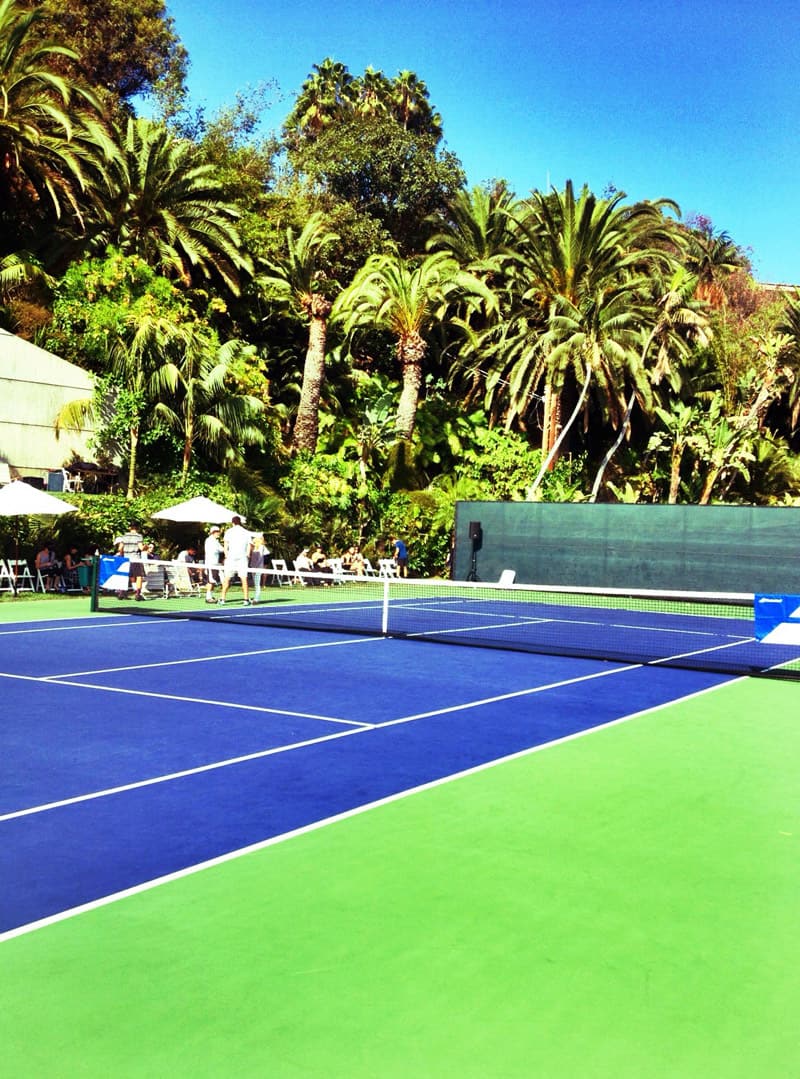 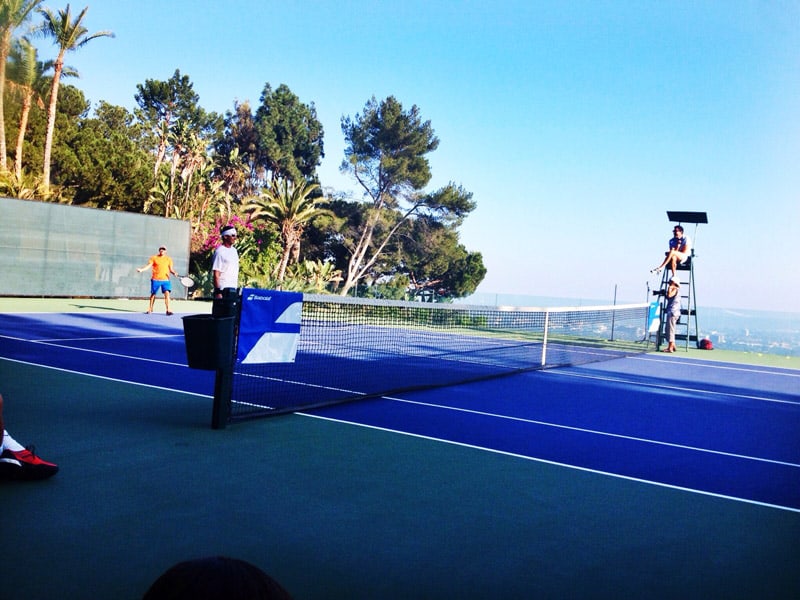 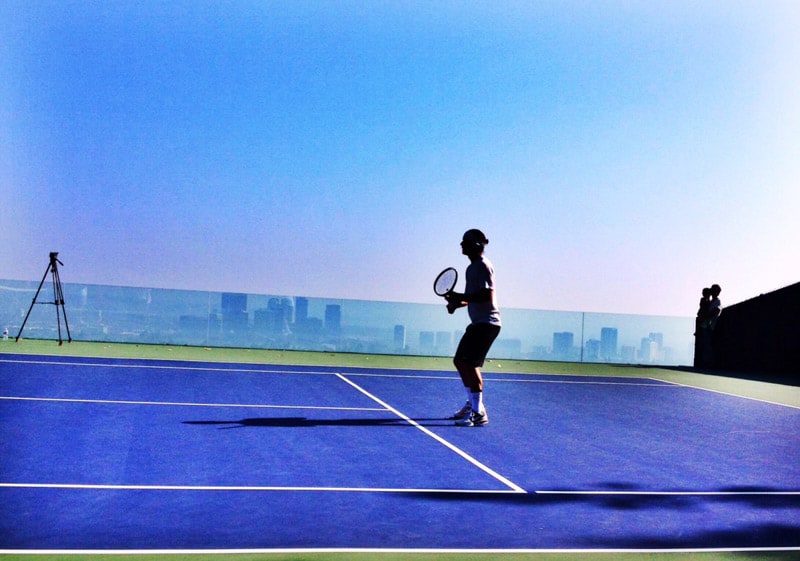 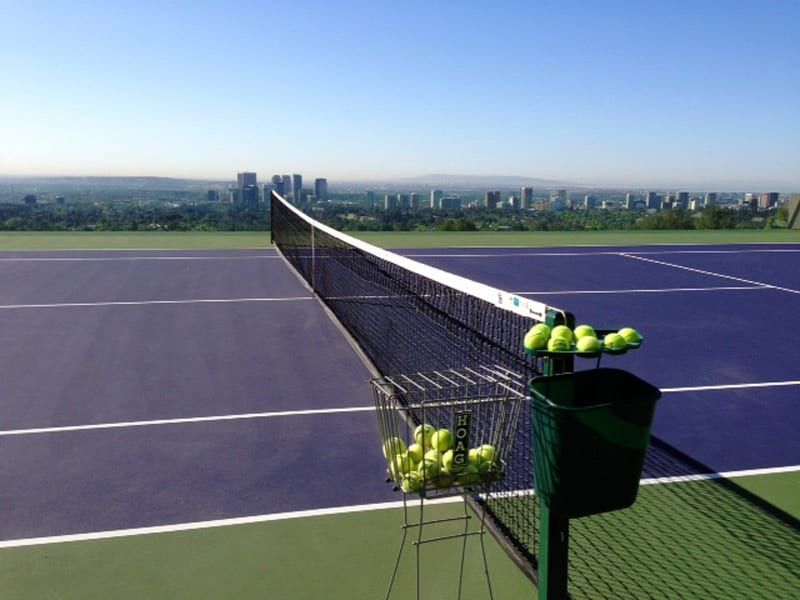 Monte Carlo Country Club  (MCCC) is the home of the ATP’s Monte Carlo Masters tournament. It is also the base of the Monte Carlo Tennis Academy. Despite the club’s name, it is not located in Monte Carlo or even in Monaco; it is actually located in the community of Roquebrune-Cap-Martin in the Alpes-Maritimes department of France, just outside Monaco’s northeastern border. 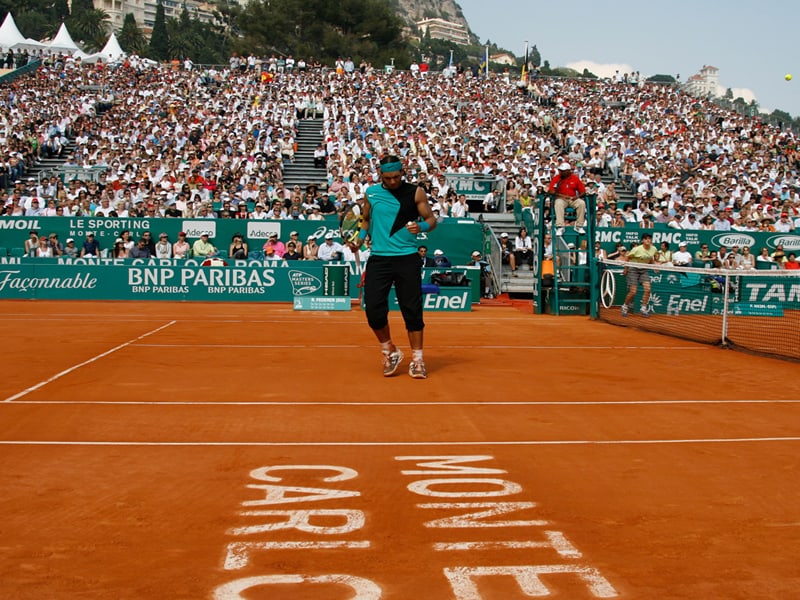 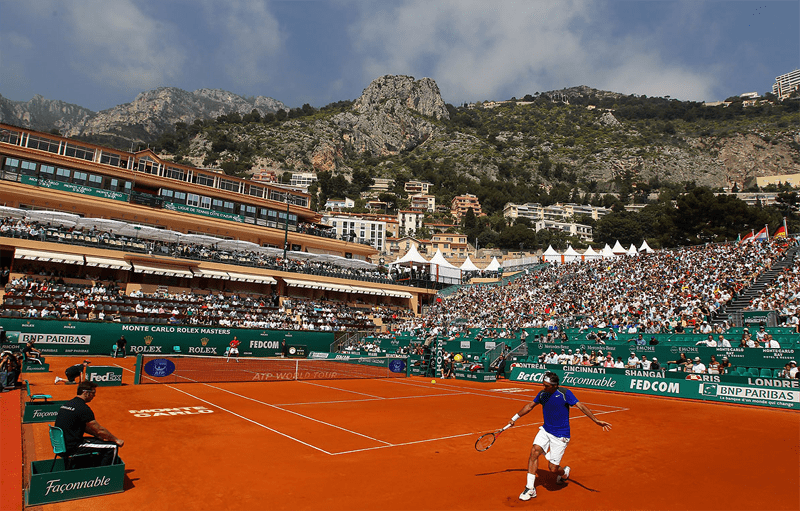