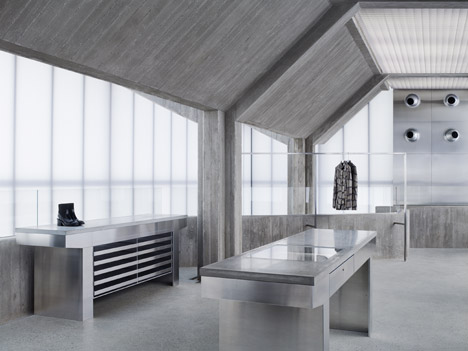 Positioned in the affluent district of Gangnam, the 230-square-metre retailer is the third in the nation for the Swedish brand.

Hicks, of S H Architects, drew on Acne’s aversion to standard Swedish culture as a level of inspiration for the design. From street level the store seems to be a basic and “restrained” framework made from double-layered sheets of polycarbonate, surrounded by vegetation common of Swedish archipelagos.

“As quickly as you enter, you will realise that even though it may possibly only have been a box, it was a box concealing a hefty, brooding, concrete monster,” Hicks said. 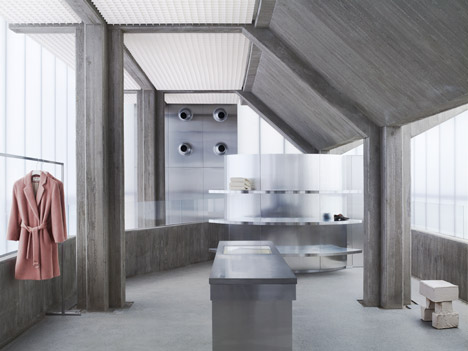 Set more than two amounts, the rectangular framework is completely separate from its translucent shell, and held up by four pairs of concrete columns – one of which supports a floating spiral-shaped staircase.

“After upstairs, you will realise that there is something else about this building that is a minor bit strange,” said Hicks. “As you search down and about, you will observe that the rough, lumpen, concrete construction is completely separate from the translucent walls that enclose it that it sits within its classy box as if in a display case.” 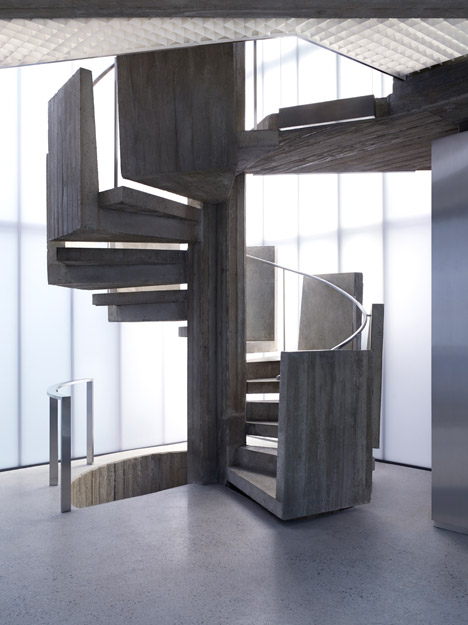 Every concrete surface has been imprinted with the pattern of rough timber often utilized to build boardwalks in the Stockholm archipelago.

An intentional lack of decoration permits focus to stay on the assortment and surrounding area, and garments are subtly displayed towards freestanding reflective walls and on thin metal rails. Furnishings and storage within the store consists of chairs by British layout Max Lamb and drawers designed by the studio themselves. In the fitting rooms, mirrors have been made from screen printed glass sheets 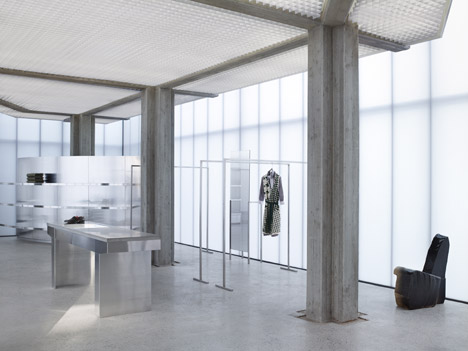 Clothes is hung from thin rails, while equipment are presented on metal shelves and tables.

Throughout the day, organic light is diffused through the building’s walls. When dark outside, fluorescent bulbs that are hidden behind a metal grid illuminate the area. 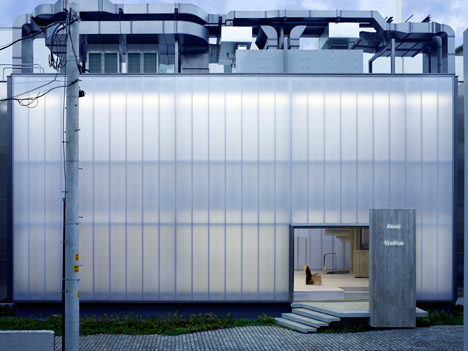 Pipes and ducts from the air conditioning unit have been strategically piled up on the roof in a streamlined fashion as to not “disturb the ambiance” of the store. 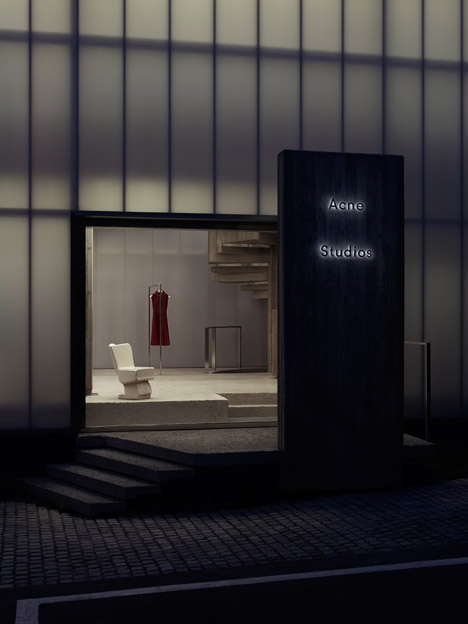 The Gangnam district has grow to be a popular destination for luxury style manufacturers to open their Korean flagship stores. Final 12 months, Technique Lab designed a concrete-encased store with little circular windows for British designer Paul Smith in the region.

Photography is by Annabel Elston.