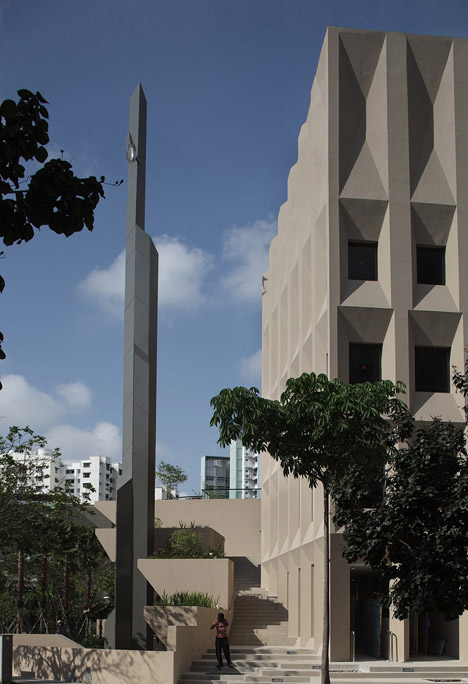 The Al-Islah Mosque by Formwerkz Architects caters for the Muslim population of Punggol, a densely populated neighbourhood in north-east Singapore.

The area is currently undergoing significant redevelopment, with the Singapore Institute of Technologies due to relocate to a new campus near a waterfront park by LOOK Architects and large-rise housing being erected to accommodate the growing population. 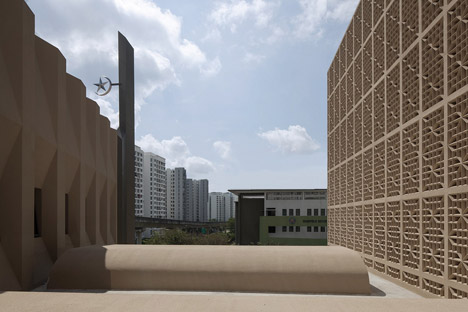 The mosque is segmented into 3 volumes – a prayer hall, an Islamic schooling centre and an administration block – to give the construction a far more domestic scale within the built-up region.

These blocks are linked by a series of elevated and landscaped terraces that are open to the public. 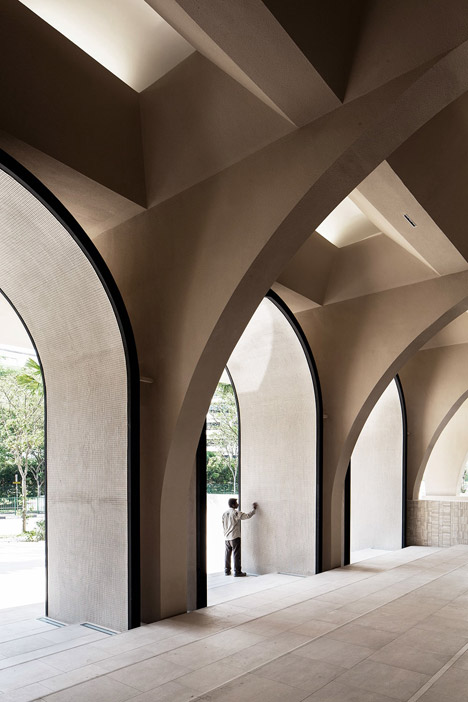 “The new mosque aspires to be a model of openness, reflective of modern Islamic aspirations in Singapore,” stated architect Alan Tay. “This ambition for the openness posed much problems in see of the tight website and its proximity to the neighbouring flats.”

“Physical porosity permits a visual connection to the neighbourhood and extends its spatial field beyond its boundary but poses the concerns of sanctity and threshold anticipated of a mosque.” 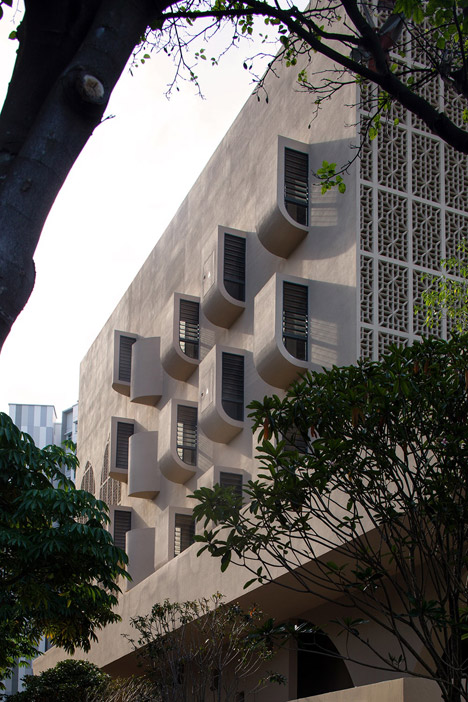 Latticed screens form walls and the dome in excess of the prayer hall, to increase the feeling openness while also providing ventilation and organic lighting for the spaces inside of. 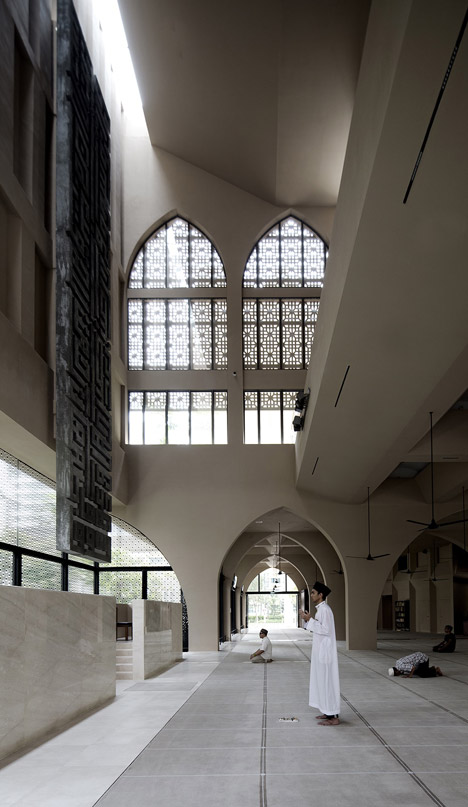 The reinforced concrete structures are covered with sand-coloured textured paint. Aspects such as the dome, arched doorways and a slender minaret are picked out in dark grey paintwork. 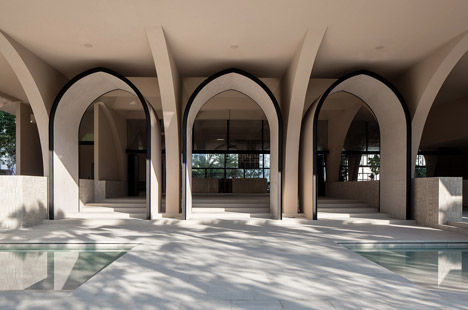 “The basic arabesque pattern and arches are influenced by traditional Islamic varieties,” explained studio co-founder Alan Tay. “The arches are made to permit a wider span in the prayer hall and cantilever in the main entrance foyer.” 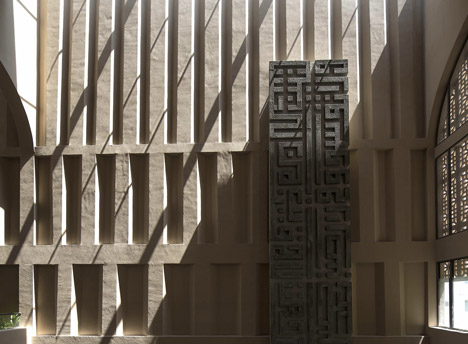 The three,700-square-metre mosque can accommodate up to 4,500 worshippers at any a single time, with service places like an underground car park all created to be used as extensions of a domed prayer hall. 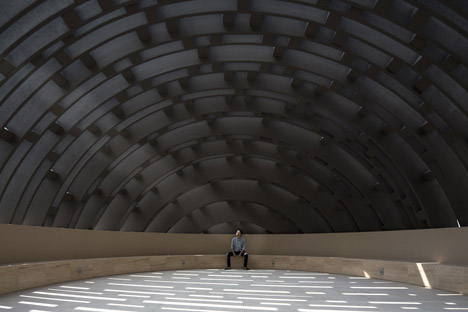 The prayer hall has open sides that permit the congregation to spill into adjacent spaces during peak worship instances. These locations are shielded from the climate by a massive overhanging canopy. 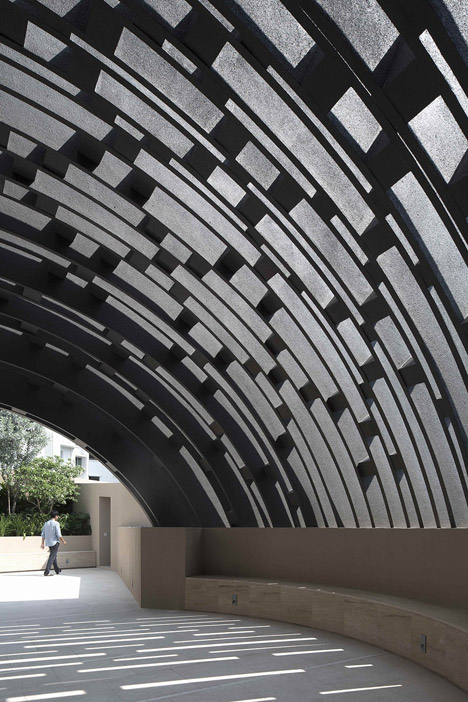 “In peak periods, most of the floor space – with the exception of bathrooms, admin area and support rooms – is utilised for prayer,” Tay told Dezeen. “Corridors, classrooms, roof terraces and even the basement vehicle park double up as prayer spaces.” 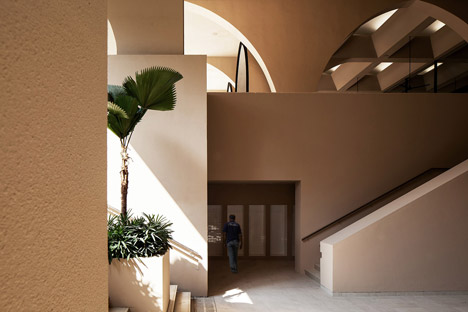 “With no boundary walls and minimum enclosing wall, the worship hall is visually and physically accessible on all sides, blurring the distinction amongst the mosque premise and the street,” he additional.

“Collectively, the blocks with the minaret exude a dignified and subliminal presence whilst embracing the neighborhood spirit.” 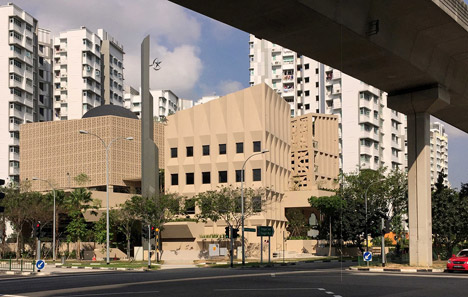 Formwerkz Architects was founded by Alan Tay, Berlin Lee and Seetoh Kum Loon in 1998. Previous projects include a property-shaped extension that cantilevers above a swimming pool and a concrete residence covered with plants.

Photography is by Albert Lim and Fabian Ong. 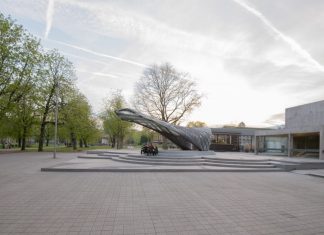 Architecture
Researchers and students from the University of Stuttgart have used robots and drones to weave this carbon-fibre pavilion, which is based on the silk hammocks spun by moth...