In celebration of the designer’s centenary, the British department store has partnered with the producer and the Robin and Lucienne Day Foundation to launch a new edition of Day’s polypropylene side chair and arm chair. A new edition of Day’s 675 chair was also relaunched at last year’s London Layout Festival. Available in 3 shades true to the chair’s unique colours – light grey, charcoal and orange – the new editions aim to restore the “freshness and authority” the chairs commanded when first launched in the 1960s.

The Polyside chair features a plastic seat with rolled edges held on a frame that’s a restoration of Day’s unique P5 stacking frame – previously eliminated from the style in the 1980s. The angled front and back legs are each composed of a bent metal rod, joined collectively by a single weld at every single side of the chair. The arm chair has a slightly wider, much more bucket-like seat resting on a rectangular metal base.

The Polyside design, which was the first mass-developed injection-moulded polypropylene chair, has offered tens of hundreds of thousands of units all around the globe because its launch in 1963. 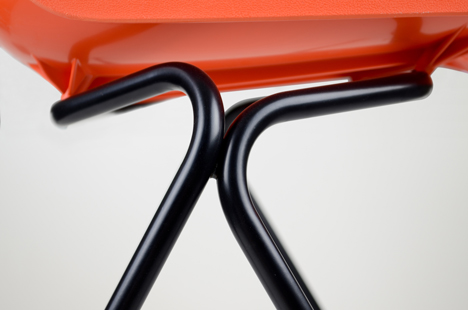 It also marked the very first use of polypropylene by the furniture sector. Although the material was designed in 1954, it was only when Day and Hille collaborated with British petroleum company Shell that it located a new part in seating.

Costing just 63 shillings, to correspond with the year of its launch, the chair was a reflection of Day’s want to unite economic climate with excellent design. “This chair arose from the need for a multi-purpose side chair at very reduced cost,” Day previously stated. “Some of the utilizes we had in thoughts were cafes and canteens, chairs for operating at a table, seating in lecture halls and assembly halls, and higher chairs for use at bars and benches.”

Described by The Architect’s Journal as “the most important advancement in British mass-developed chair design and style because the war”, the chair was awarded a Style Centre Award in 1965, and offered seating for Mexico City’s 1968 Olympic stadium. In 2009 it featured on a series of Royal Mail stamps commemorating British design classics. 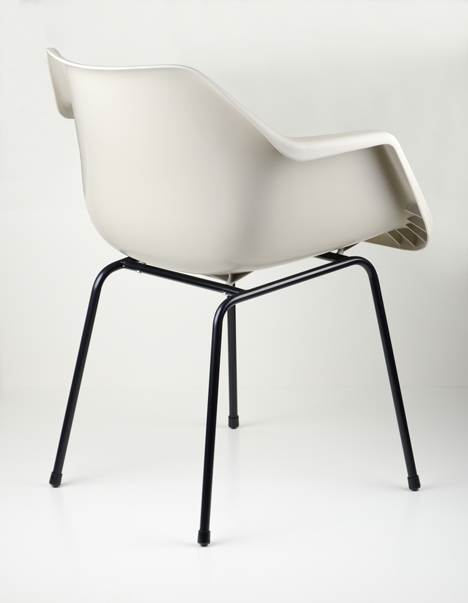 “Now as then there’s probably no other chair with such substantial style status marketing at such a reduced price,” explained Day’s daughter Paula, who founded the Robin and Lucienne Day Basis to preserve her parents’ legacy. “This was one thing my father passionately believed in – good design and style that was available to absolutely everyone.”

“Operating with the Robin and Lucienne Day Basis to deliver this design and style classic back to its former glory was a challenge and a studying expertise,” extra Brian Foster, managing director at Hille. “From matching the authentic colours to discovering the best steel frame we persevered and I really truly feel we have produced a polypropylene side chair and armchair that Robin Day would have been very proud of.”

The two chairs will be re-launched in John Lewis’ Oxford Circus store in London, and will be obtainable as portion of the Robin and Lucienne Day range. 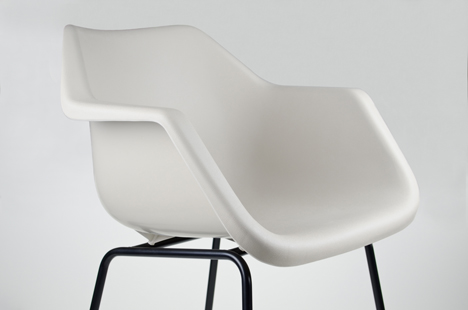 In maintaining with Day’s philosophy for accessible style, the chairs are priced at £49 and £59 for the side chair and armchair respectively.

The launch coincides with this year’s London Design Festival, which requires location from 19 to 27 September 2015 – see Dezeen’s picks of ten must-see installations and exhibitions at this year’s occasion.

Pictures courtesy of the Robin and Lucienne Day Basis.