Portuguese company Ribeiro de Carvalho Arquitectos has completed a winery at an estate in Alentejo, featuring a broad balcony dealing with out above the vineyards (+ slideshow). 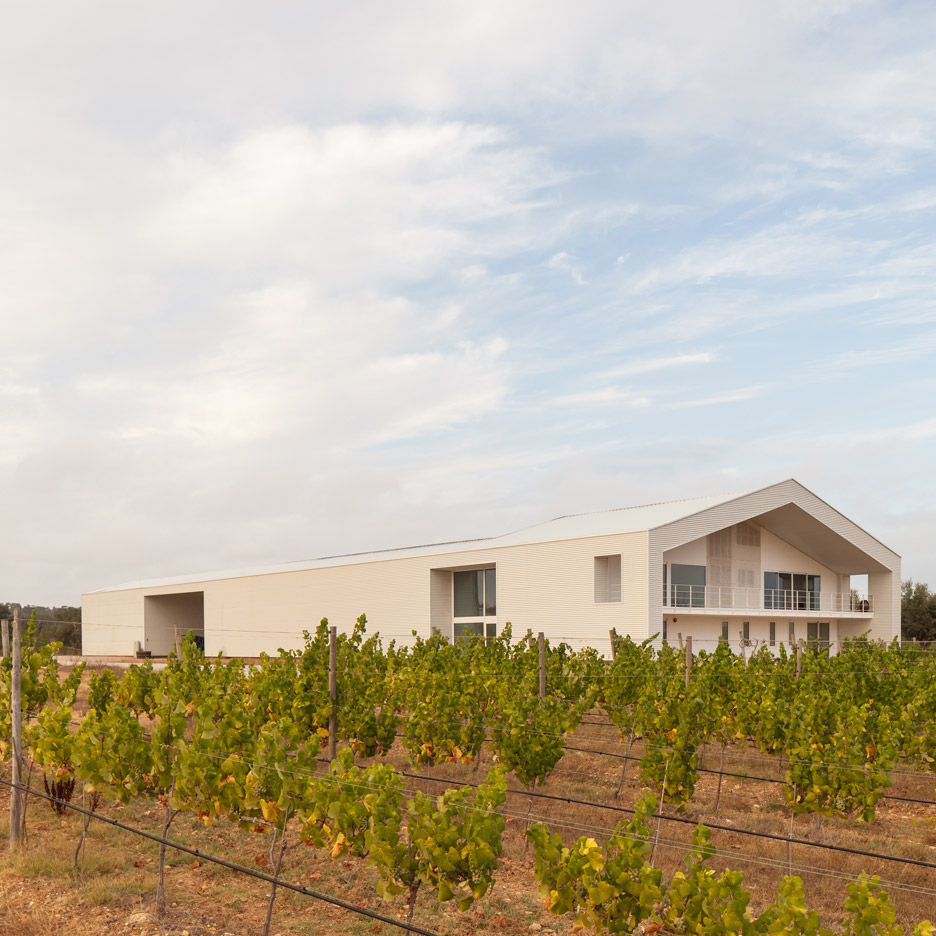 Located approximately 6 miles from the coastline, near the city of Santiago do Cacém, the 23-hectare Herdade do Cebolal wine estate has been in operation for in excess of one hundred many years. 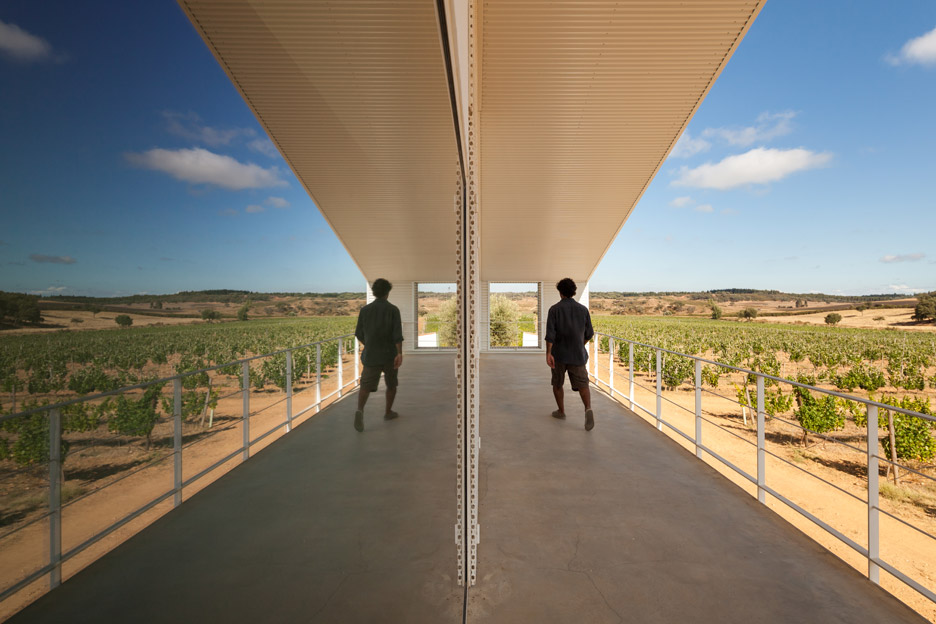 But the unique home had grow to be outdated, so architects Miguel and João Ribeiro de Carvalho have been commissioned to exchange it with a much more modern facility. 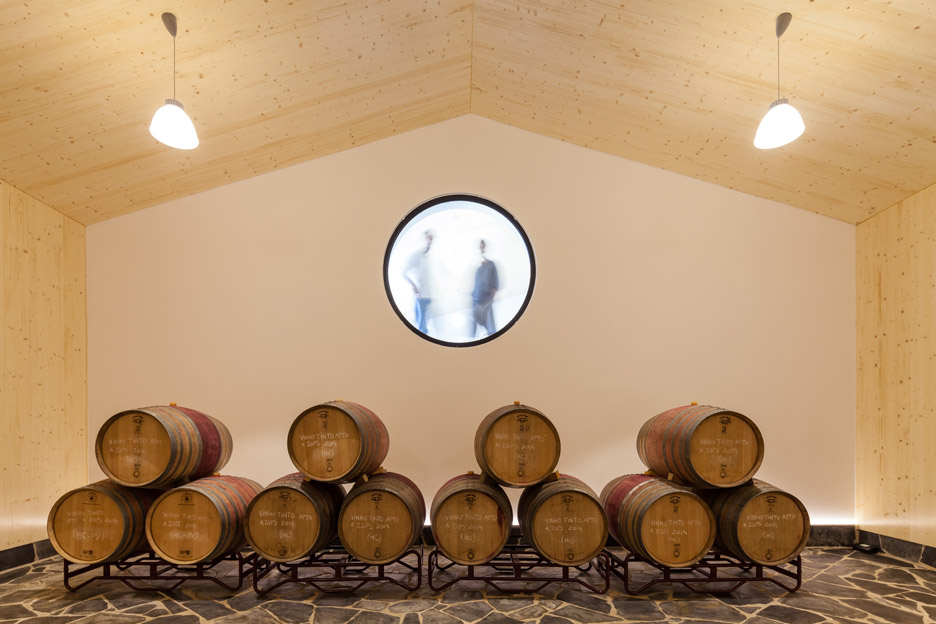 The architects used the “rudimentary” form of the unique constructing as the beginning point for their layout, creating a extended and narrow shed-like framework with a gabled profile and glazed end walls. 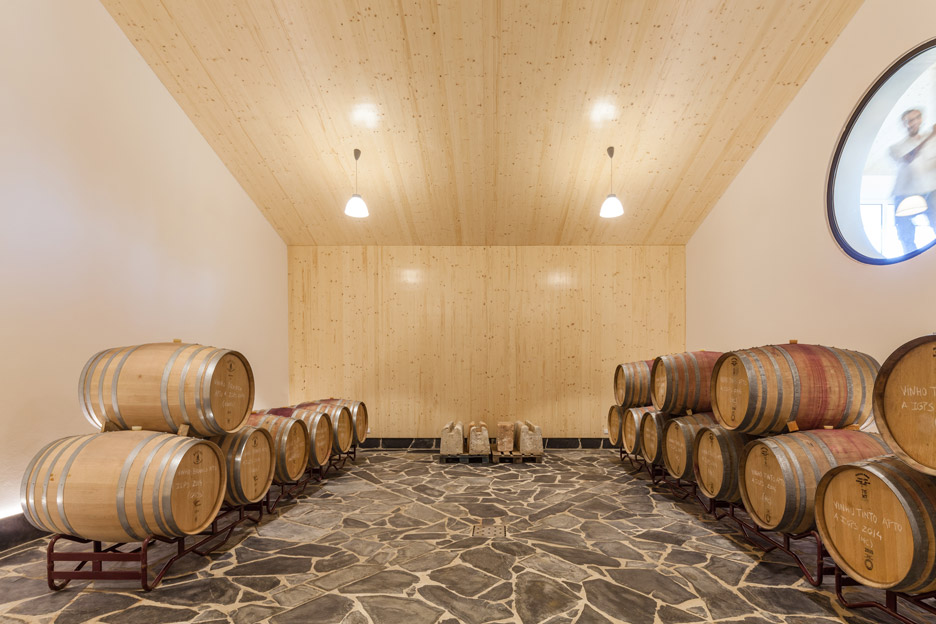 The building’s structure is prefabricated concrete, which permitted for a simple construction, although its walls and roof are each clad with corrugated metal sheets, completed in white.

“The thought was to style a slight white object, which emerges from the surrounding location,” explained Miguel Ribeiro de Carvalho. “It would subtly float, awaking shock and getting some prominence in the landscape.” 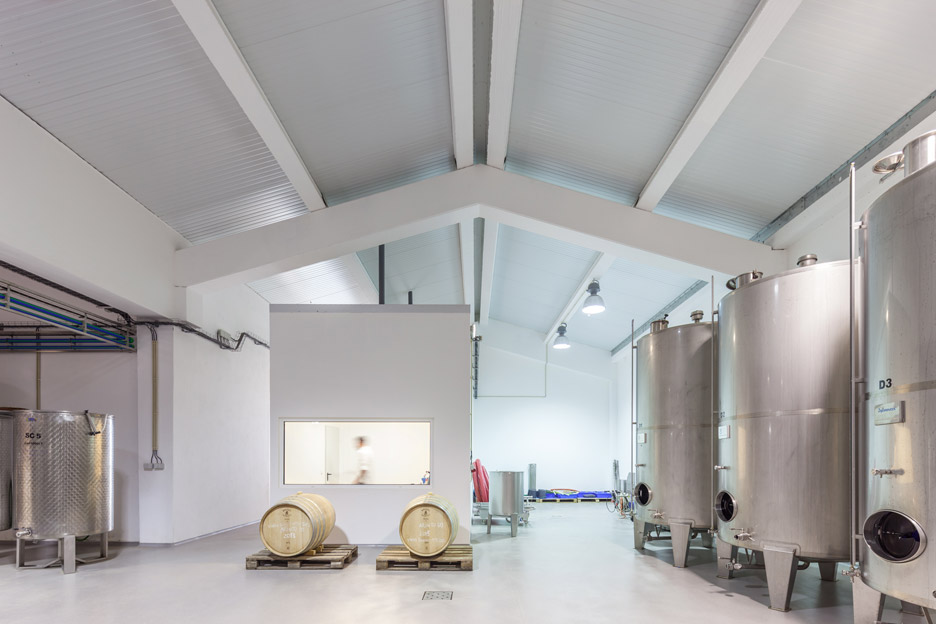 “Its development had to be low-cost, simple and rapid,” added the architect. “The exterior walls, which lie on concrete blocks, are composed of isothermal panels that don’t touch the ground, enabling better elegance to the developing.” 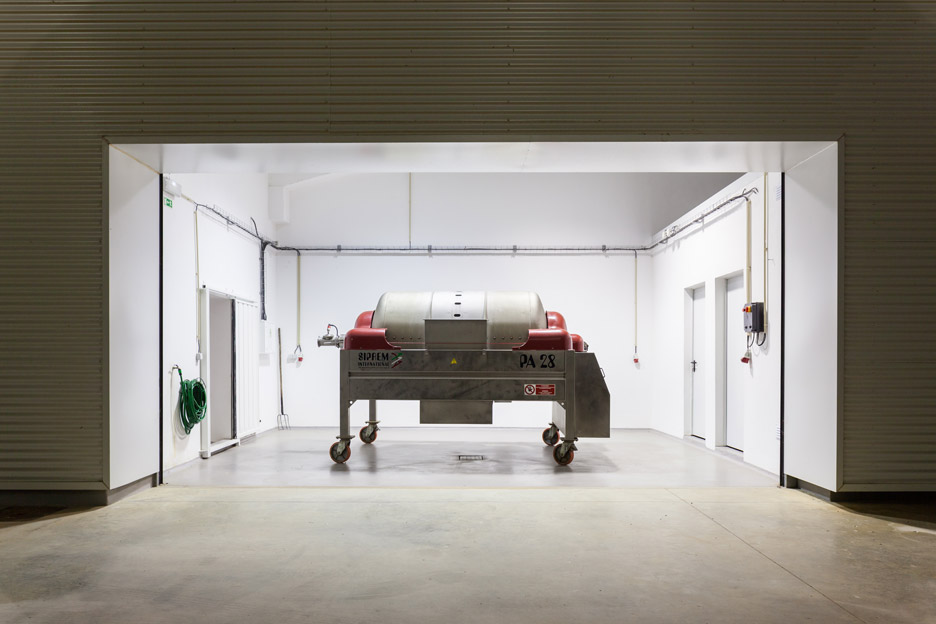 Alentejo has turn out to be a single of Portugal’s most essential wine regions, as its flat plains lengthen across nearly a third of the country. It is also property to the Torre De Palma Wine Hotel, which was just lately extended by architect João Mendes Ribeiro. 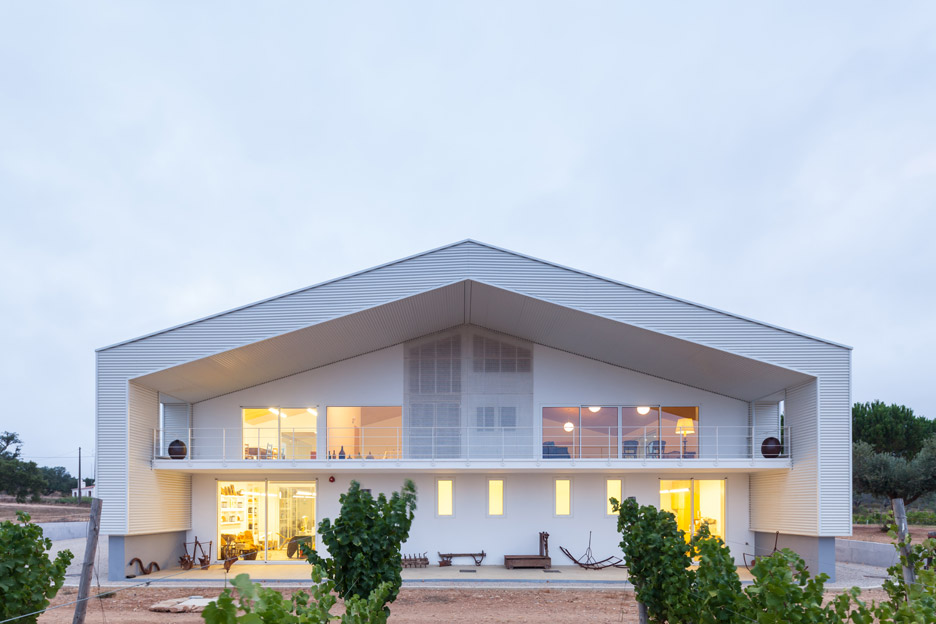 The Herdade do Cebolal Winery functions vineyards planted in schist and chalk, which give a simple flavour to its wines.

The new building is divided up into two parts, both split in excess of two floors. The far more industrial processes are housed on the north side of the creating, while visitor amenities can be identified at the southern end. 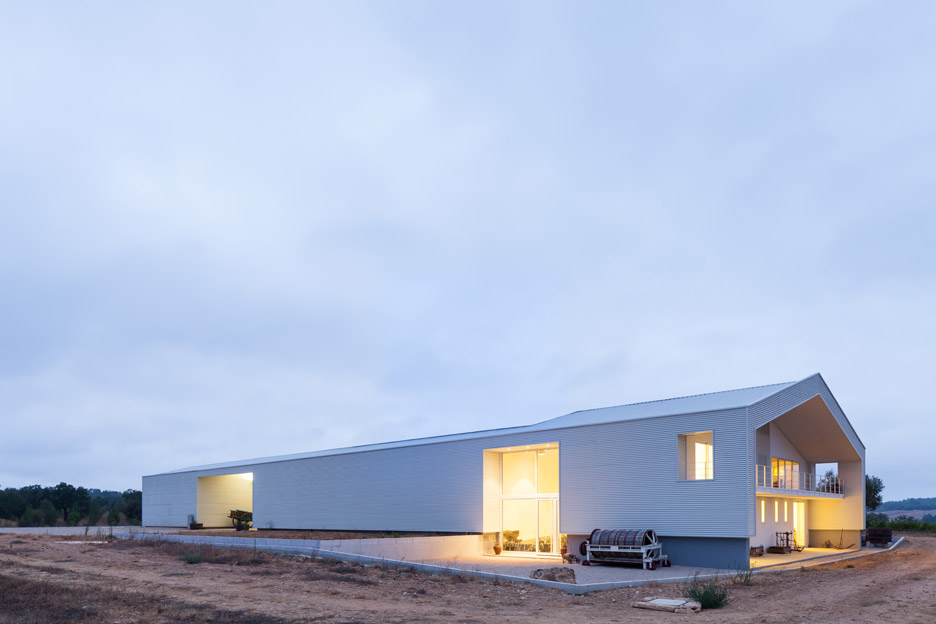 A balcony spans the whole south-facing facade, making a wine-tasting spot with views out more than the vineyards. 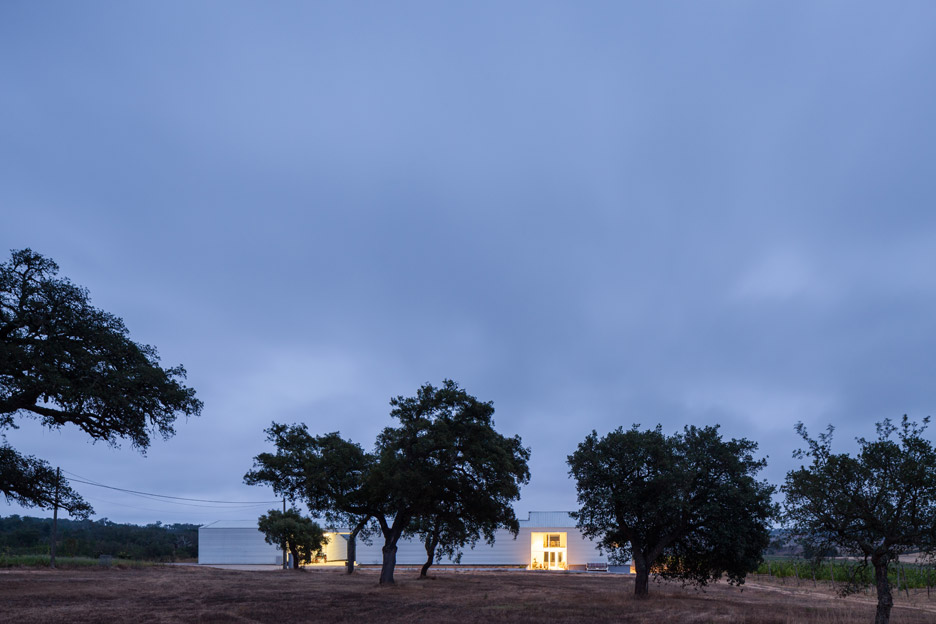 The developing is the most recent in a series of new visitor facilities for wineries around the planet, as businesses capitalise on the popularity of wine tourism. 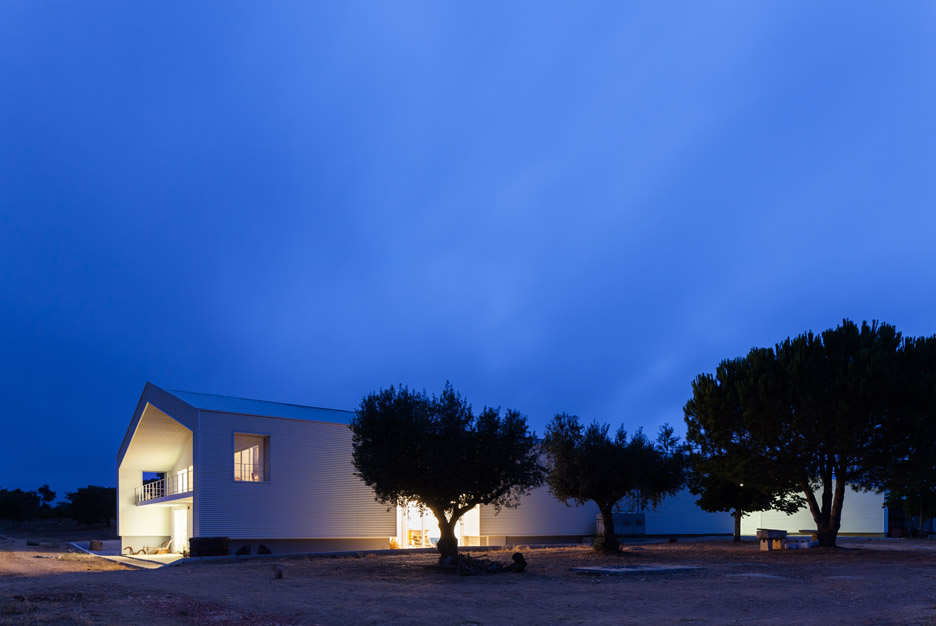 Architects such as Foster + Partners and Jean Nouvel have both just lately extended estates in France, while new buildings have been additional to the Cloudy Bay winery in New Zealand and the Bodegas Protos winery in Spain.

Photography is by Francisco Nogueira.