A huge lightbox is wedged underneath a wave-shaped viewing platform at the finish of this pier, designed by Dutch architect René van Zuuk for a lake in the city of Almere . 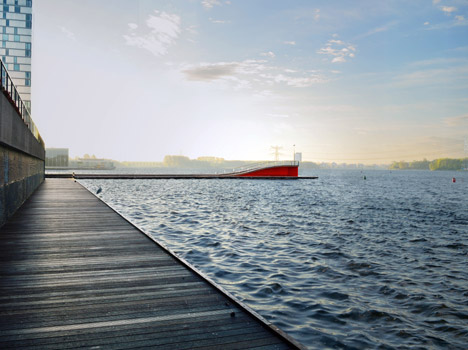 The 200-metre-extended pier was created by René van Zuuk Architekten for the Weerwater lake in Almere – a city that occupies a landmass across the water from Amsterdam.

White, green and red lights were installed beneath a viewing point that rises in the direction of the waterfront – a reference to the navigation lights on a boat that indicate port, starboard and stern. 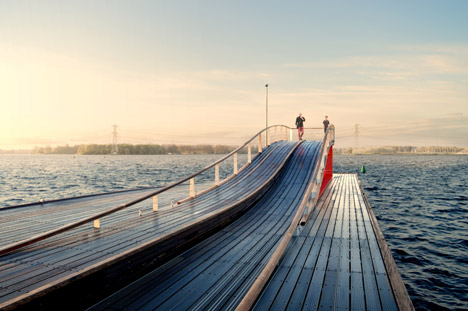 The pier kinds portion of a more substantial commission for Van Zuuk’s studio that also include a bridge and an apartment block referred to as The Wave.

Whilst the first two projects had been completed in 2004, Pier Weerwater Almere had stalled for a number of many years, due to the fact there were doubts over whether a restaurant should be developed on it. 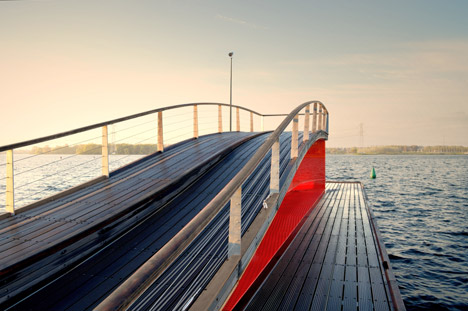 “Originally the pier was intended as an accessibility street to a restaurant in the Weerwater at the end of the pier, a route foremost from the city centre to a area where you can sit and consume extremely shut to the water,” the architect explained.

The undertaking was sooner or later restarted in 2010 when the PIT safety museum opened close by. The museum hosts exhibits relating to the police, fire and healthcare emergency providers, including historical autos and vessels. 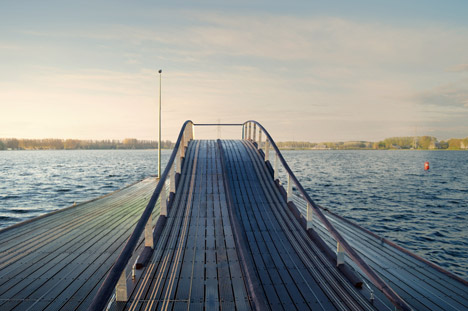 Ships owned by the museum as well as passing cruise boats can be docked along the pier.

The diverse varieties of boat necessary the pier to have mooring heights in between 50 and one hundred centimetres, which led to the softly undulating shape formed from ribbons of decking that wave in opposing instructions. 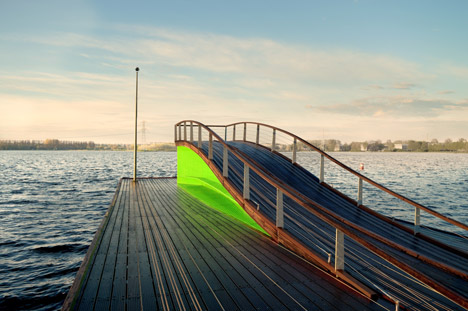 “The wooden deck of the pier solves the dilemma of the distinctions in height with extended flowing waves at the west side of the pier,” explained Van Zuuk. 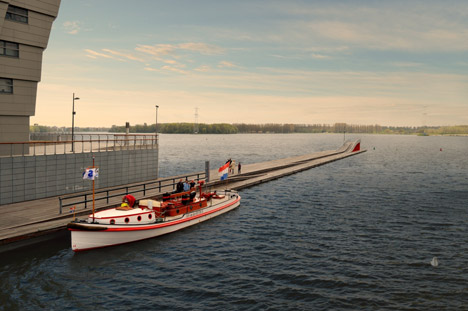 The rippling decking lifts off the boardwalk and meets at a 3-metre-tall summit at the finish of the pier. The curving kind resembles the arched form of a wave.

Beneath this elevated viewing point, green, white and red lighting illuminates integrated seating, designed to permit site visitors to shelter from the wind and rain in inclement climate. 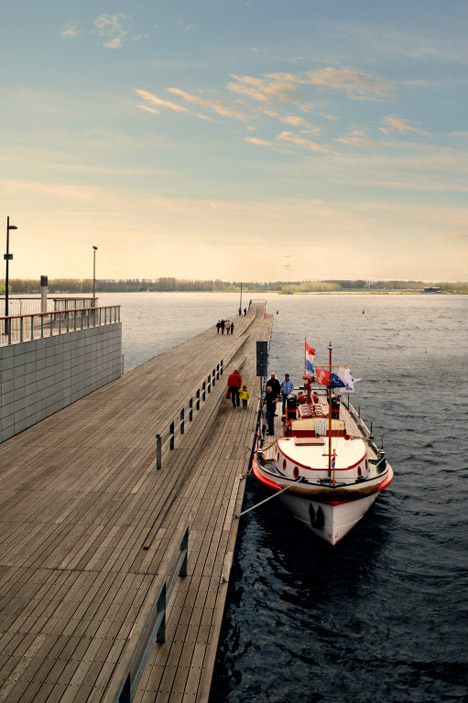 “The undulating wooden deck finishes in a wonderful smooth wave of about three meters higher in which a huge stern light is positioned,” extra Van Zuuk.

“The visitor can stroll on the pier to the viewpoint on prime of the wave to look at the vessels from a various standpoint,” he additional.