Singapore-based Ministry of Design and style has utilised a a hundred-yr-old colonial building in Malaysia as a “cookie cutter” for a contemporary extension featuring the very same profile and components . 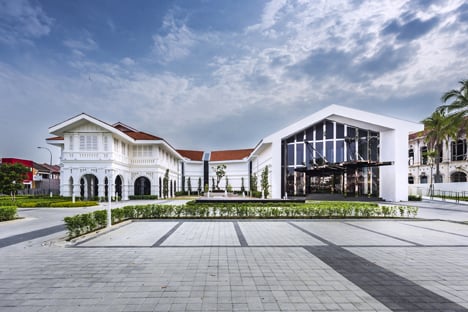 Ministry of Layout was tasked with creating a showroom and workplace for Malaysian property developer Ecoworld. The building is on the edge of a UNESCO Planet Heritage Website in Penang, and was presently residence to a historic bungalow – so architect Colin Seah had to adopt a sensitive strategy. 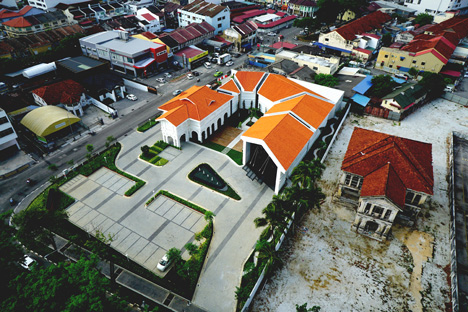 Rather than keeping the two structures separate, he chose to use the old building as the template for an extension, connected only by a thin strip of glazing.

“We have been really interested in conveying the notion that the new constructing ’emerges’ directly out of the historic developing and could not exist with out it,” Seah advised Dezeen. 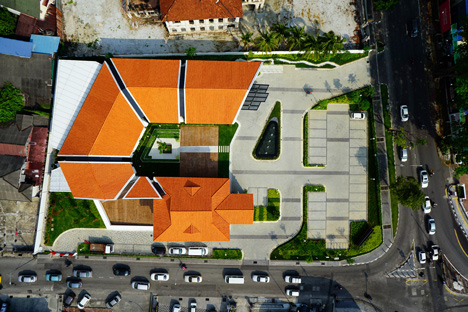 “To attain that, we treated the heritage creating like a cookie cutter, and ‘extruded’ the new creating out from it,” he mentioned. “As a result, the new building shares exactly the sectional profile as the old, from its roof pitch to the moulding pattern on the facade.” 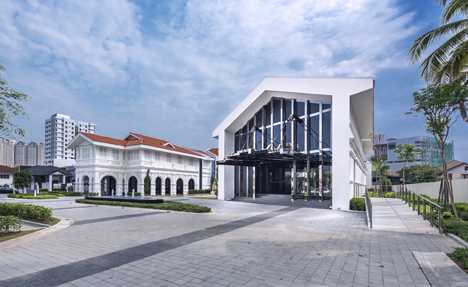 The extension has the very same roof form and height as its neighbour, but rather of the conventional colonnade and rows of windows, it functions a completely glazed facade with a projecting canopy.

Inside, it accommodates a seven-metre-large space that can be utilized to host big events. 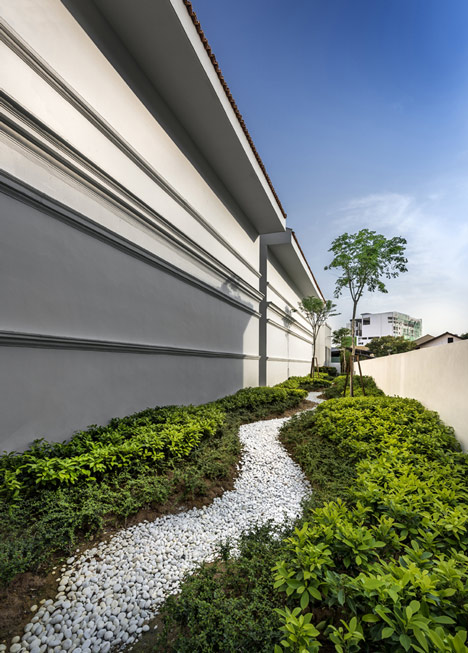 “It was crucial for us to signal that the new constructing possessed its personal modern spirit,” explained Seah, whose previous projects include a sharply pointed pavilion in China and a Singapore building with a rampart-like facade.

“We achieved this employing numerous devices – the present day canopy, the vertical glass slits that mark each twist the new building tends to make, and the column-cost-free 7-metre-high space on the inside,” he said. 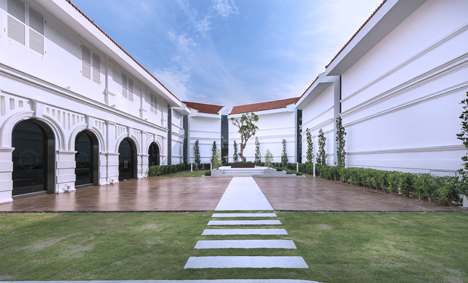 Named the Eco Flow Constructing, the framework is positioned at a occupied traffic junction on Macalister Road, which runs by way of the UNESCO-listed Melaka and George Town district. 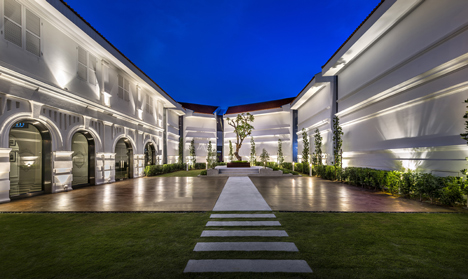 According to UNESCO, this spot represents a “certain multicultural heritage” formed via in excess of 500 years of trading and cultural exchanges among the East and the West. 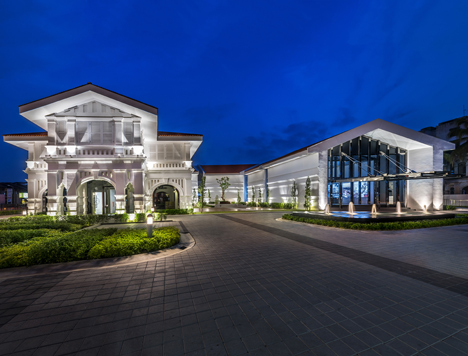 “The approach to new buildings right here usually includes putting a generic glass box beside the historic creating, but this undertaking is diverse since we made the decision to discover a a lot more symbiotic and dynamic way of getting previous and new co-exist, in reality not just co-exist, but have the old inform the new, and have the new be still appropriate rather than a pastiche,” mentioned Seah.

“Now that it is completed it has turn into a bit of a cultural icon in the city.” 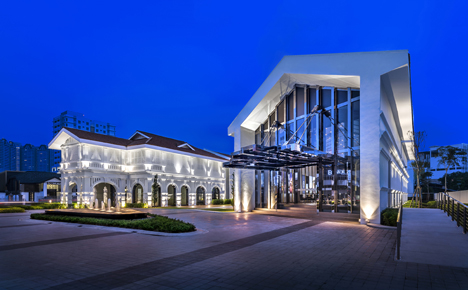 Photography is by Edward Hendricks/CI&ampA photography.