Swiss architects Omar Trinca and Guillaume Vallotton have additional a concrete extension to a 19th-century villa in Geneva, creating a lot more space for the kindergarten that now occupies it (+ slideshow). 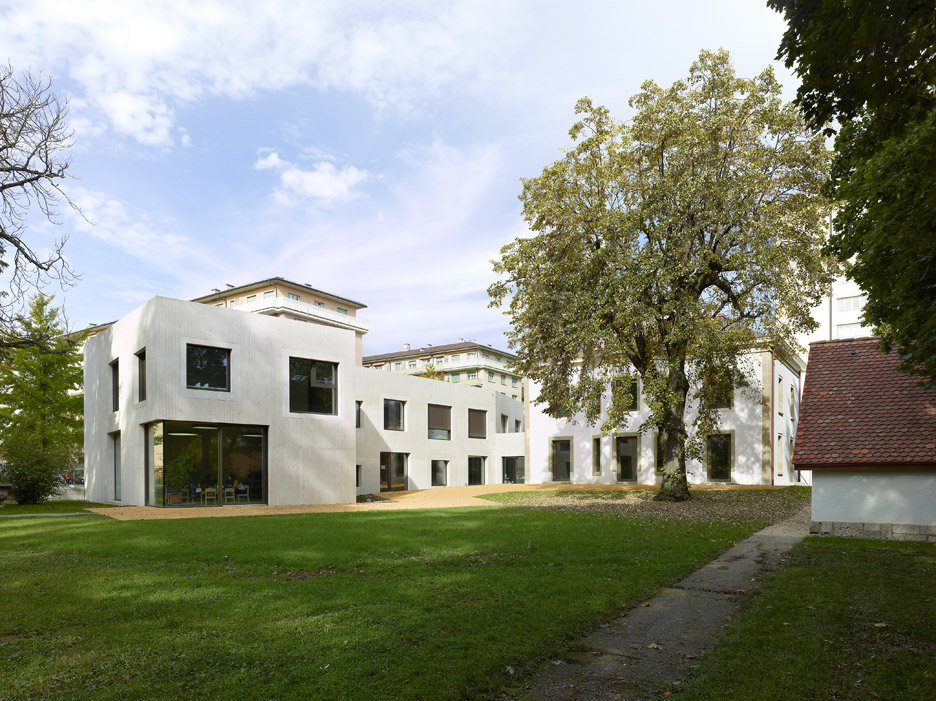 Le Gazouillis kindergarten is located on the edge of the Swiss city’s Geisendorf Park. It occupies a villa built in 1877, which was converted for its present use in 1941. 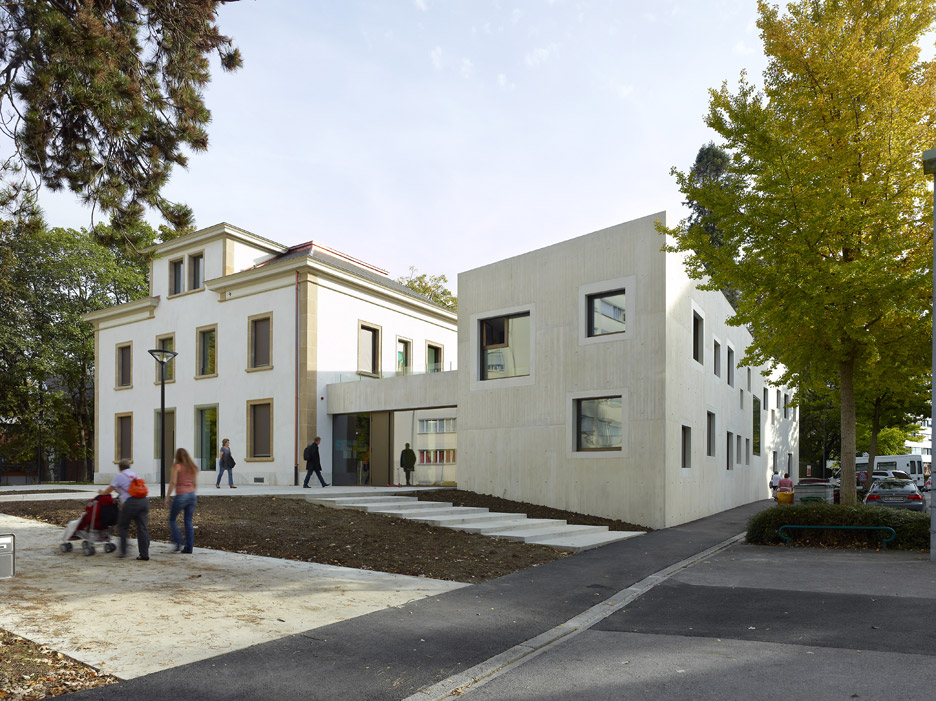 Lausanne-baed Omar Trinca and Guillaume Vallotton collaborated on the renovation of the present villa, which provides services for babies up to two many years outdated, and developed the extension to accommodate young children from the ages of 3 to 6. 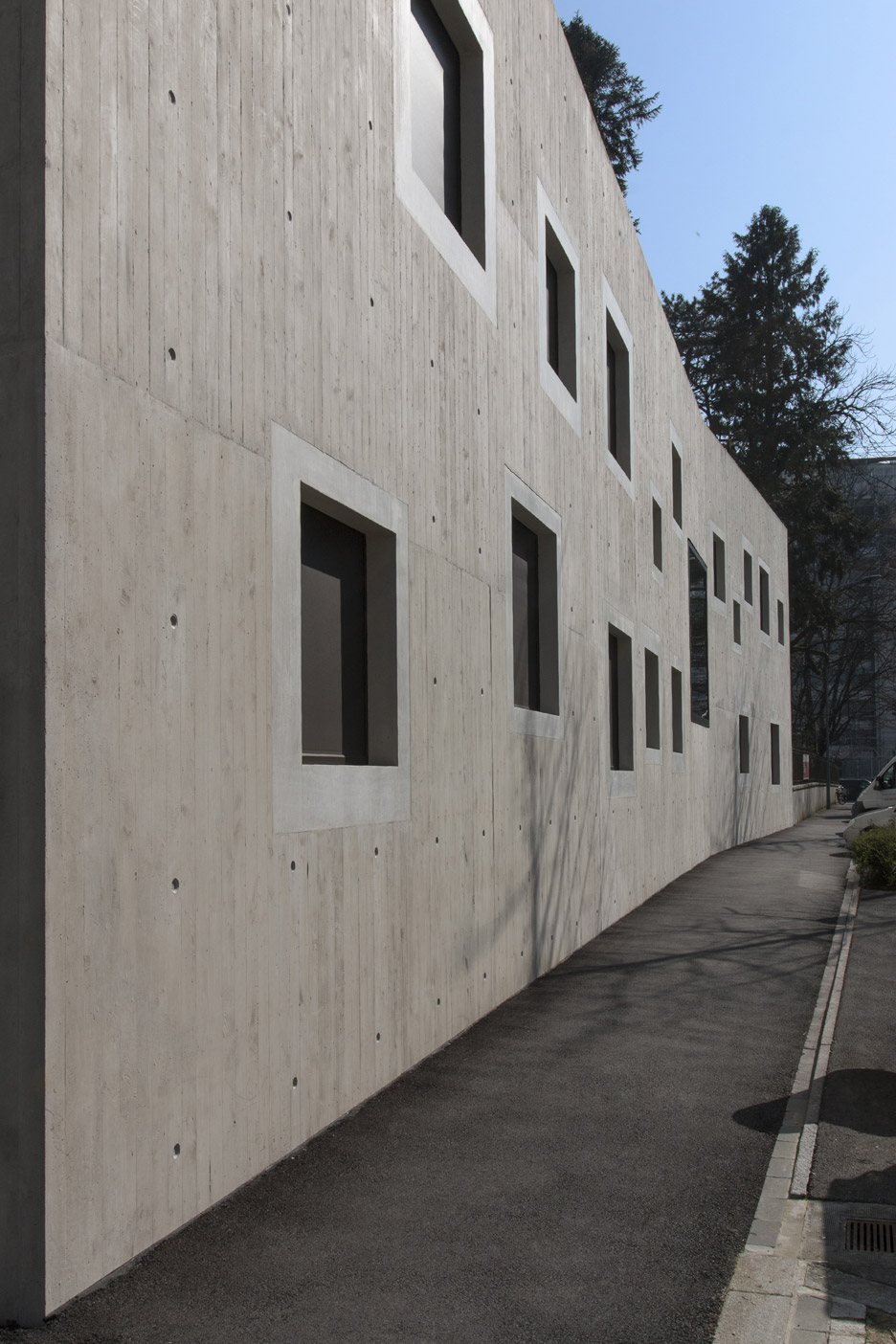 The two-storey addition adjoins the villa on its western side and extends along the adjacent street.

At the front, its facade directs guests in direction of a central entrance and a public plaza, even though the rear segment borders a private garden. 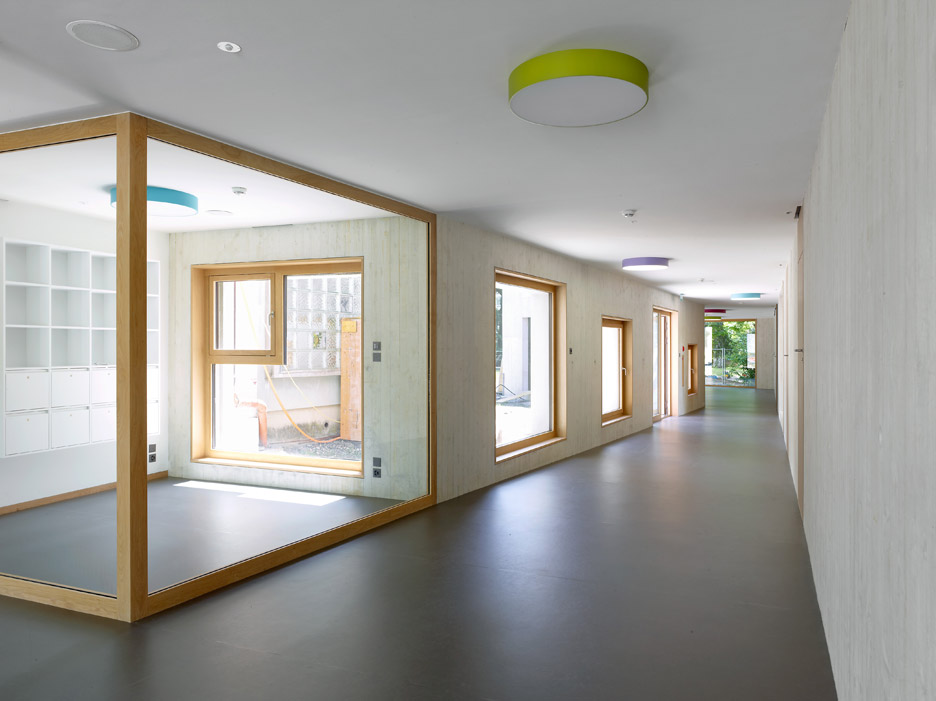 The extension’s kind responds to the topography of the internet site and the place of existing trees, as well as the villa.

“The main goal of the task was to produce a shape able to improve the villa through a balanced volumetric romantic relationship with out considerable hierarchy among the two,” Trinca told Dezeen. 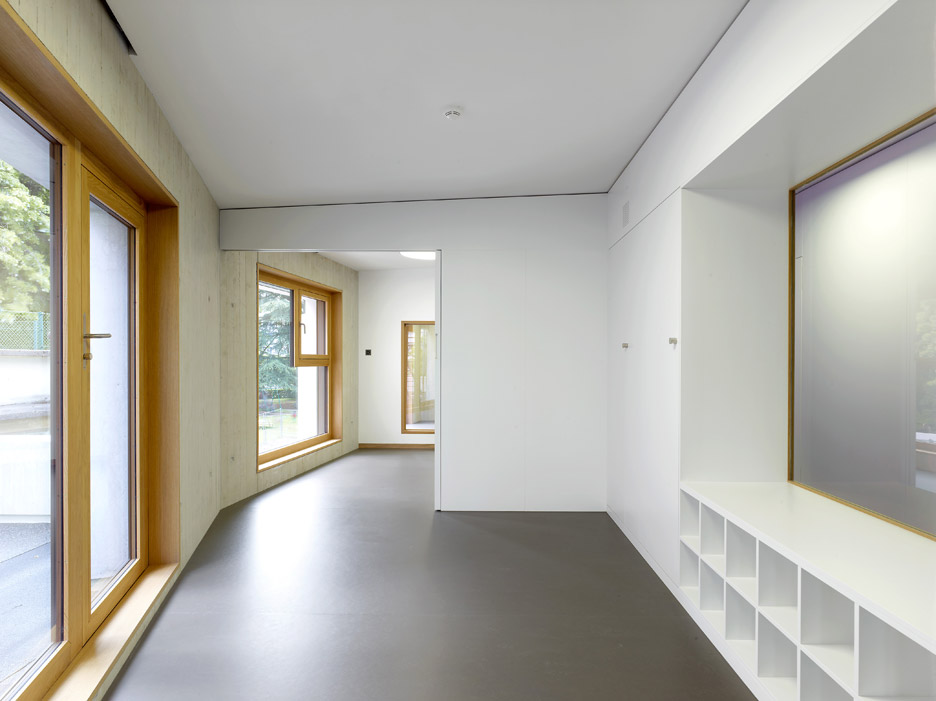 The extension is set back slightly from the villa’s frontage. A single-storey area between the buildings homes a new entrance that connects the plaza with the park behind. 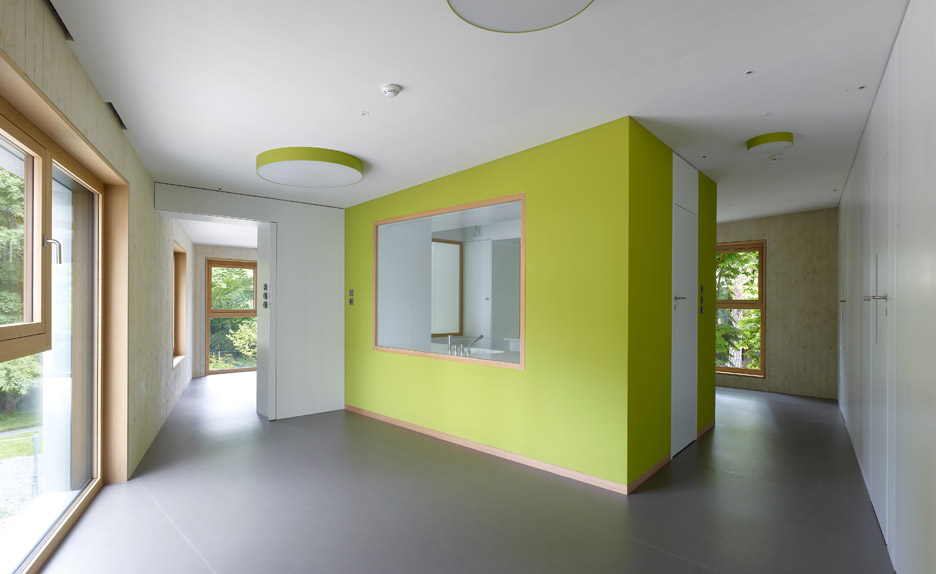 The smooth surfaces of the monolithic concrete form offer a contemporary counterpoint to the villa’s rendered exterior. But recessed windows with basic frames also reference the existing developing. 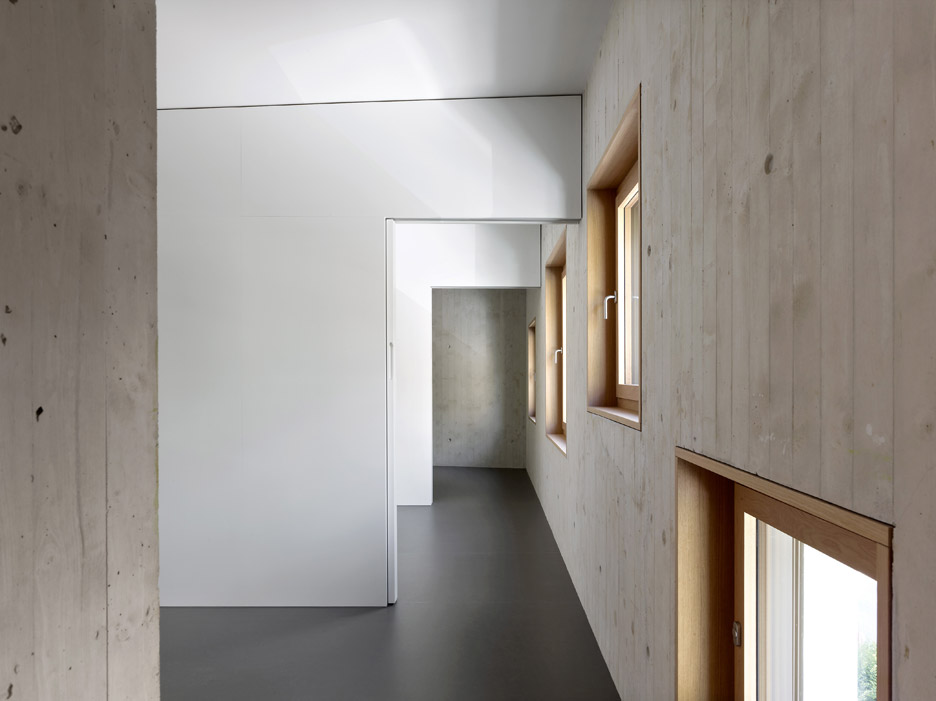 “The uniform concrete monolith seeks a kind of unity with the stone villa, as nicely as a dialogue among the inside and the outside,” Trinca additional. 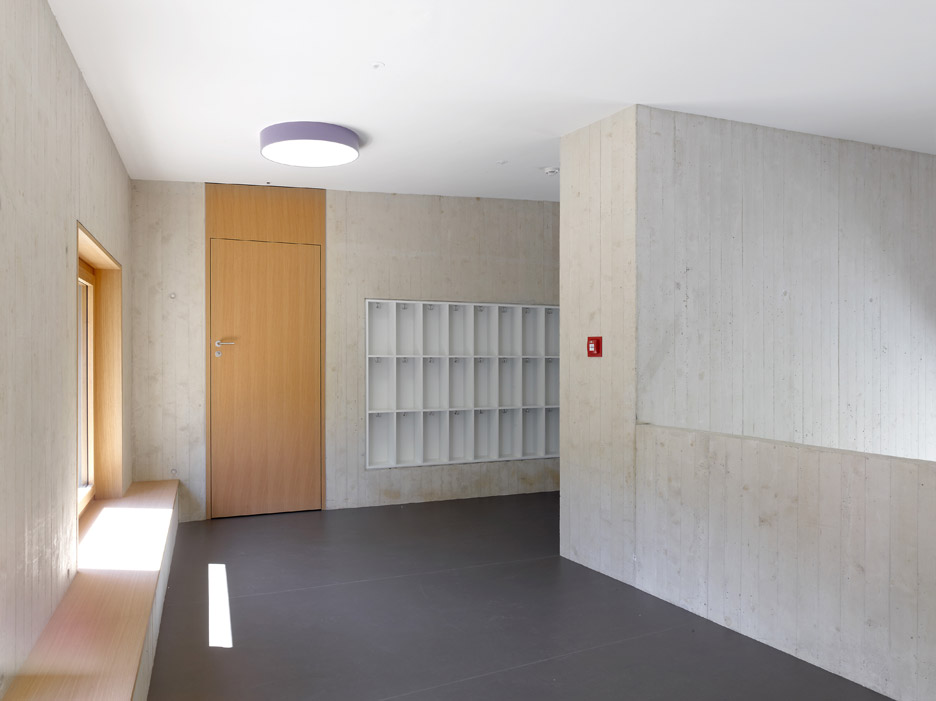 The rear portion of the building stretches out into the park. It accommodates a massive multipurpose space on the ground floor, with a corner window hunting out onto the green surroundings. 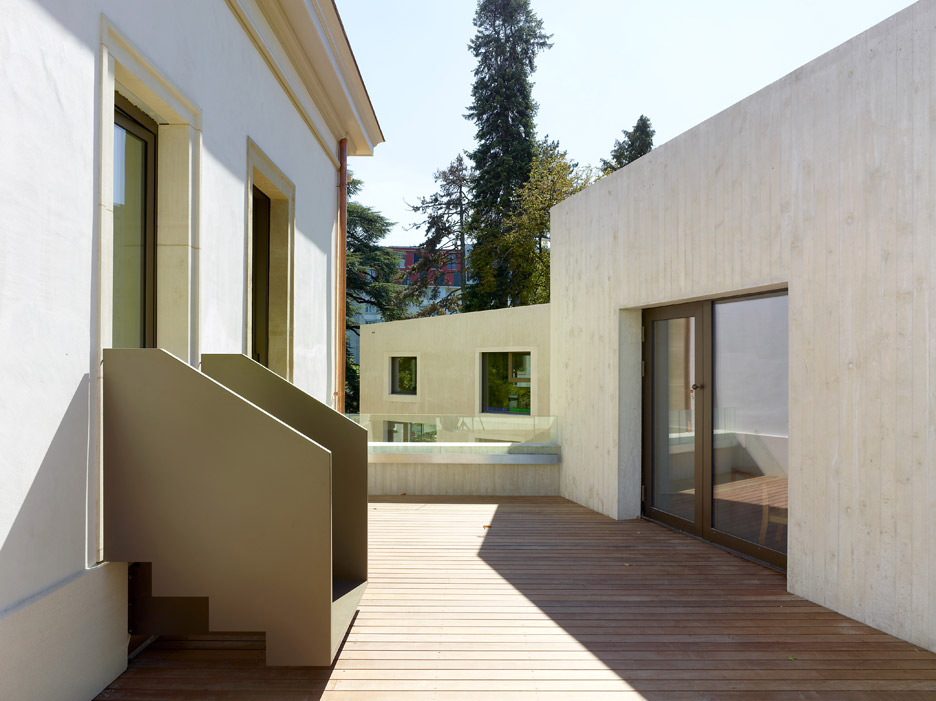 Smooth concrete surfaces characteristic during the interior, reinforcing the building’s robust, monolithic exterior. Windows are framed with timber, while walls and ceilings are painted white to brighten the rooms. 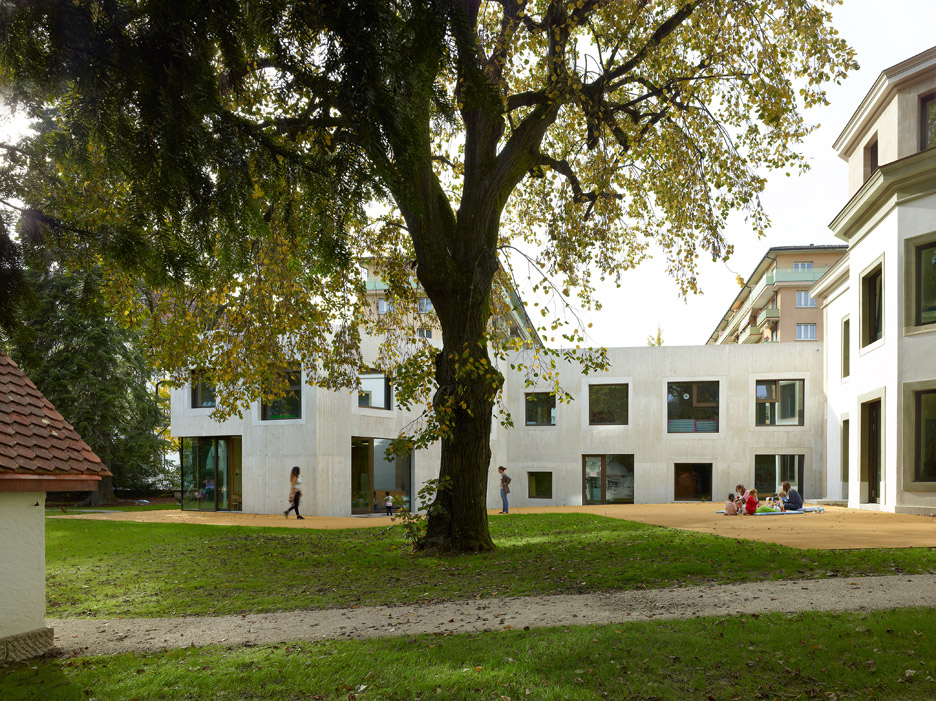 Exposed concrete was also utilized to generate a cross-shaped kindergarten in the Swiss town of Pringins, even though a nursery not too long ago completed in Japan is developed close to a courtyard backyard.

Photography is by Thomas Jantscher.