Curtain-like walls can be drawn up to the ceiling of this luggage-sorting room in Rotterdam’s port, minimising its influence on the 1940s cruise terminal building behind (+ movie).

The white sailing canvas walls enclose all 4 sides of the red steel and concrete structure, which was developed by Dutch studio TomDavid Architecten to assist deal with a growing quantity of cruise ship visitors and their baggage.

Nearby authorities expect the port to acquire in excess of 60 shiploads of travelers per yr by 2016 – like passengers from the world’s most significant cruise ship, Oasis of the Seas, which measures 362 meters in length and 65 metres broad and carries 6,360 passengers and 2,394 crew.

Produced from white sailing canvas, the motorised walls of the baggage facility are linked with rounded corners and can be lowered to the ground or retracted flat against the ceiling in significantly less than four minutes.

This technique is created to preserve views of the Rotterdam Cruise Terminal and its scalloped roofline, as liners approach the port from the water. 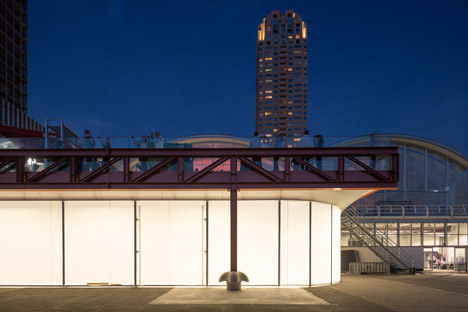 The Pop Up Luggage Room (PULS) operates like “an inverted umbrella,” according to the architects.

“The membrane walls, made of sailing canvas, can be lowered to create a short-term luggage space inside 4 minutes,” they explained. “With the press of a button, it can be folded away when the vessel has departed.” 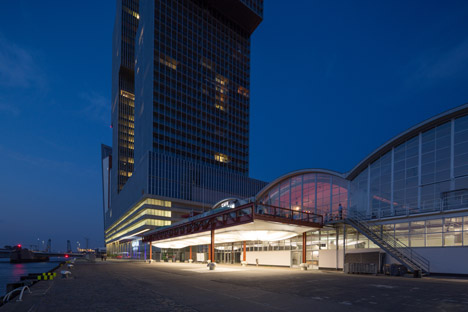 The Rotterdam Cruise Terminal was designed by architects Bakema en Van de Broek in the 1940s for the Holland America Line, a steamliner company that operated from the docks among 1873 and the 1970s. It replaced the former headquarters of the business, which was destroyed by bombing for the duration of the second planet war. 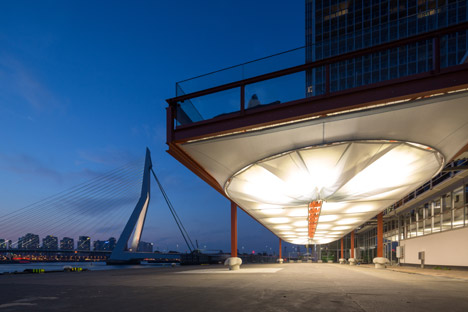 The 350-square-metre baggage-managing area sits on the concourse in front of the building on the Wilhelmina Pier, overlooking the Maas river, which was extended in 2014 to allow Oasis of the Seas to dock. 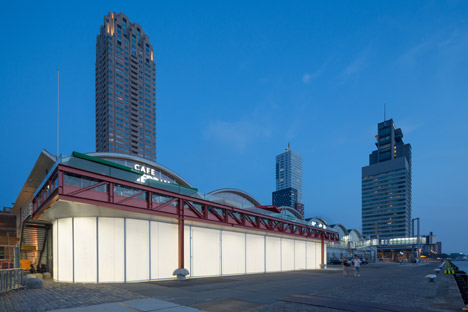 It was commissioned by the regional port authority and council, following a tubular embarkment bridge created by the studio for the exact same pier. 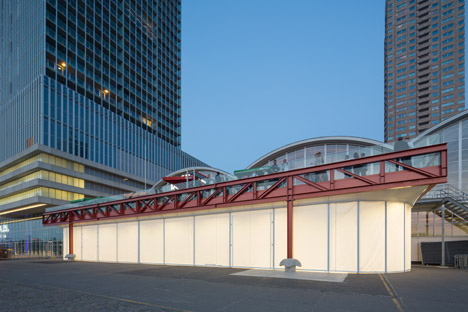 The pier has been the website of major redevelopment in the final decade. OMA’s De Rotterdam opened on the waterside in November 2013, and there are also buildings by Foster + Partners, Álvaro Siza and Mecanoo. 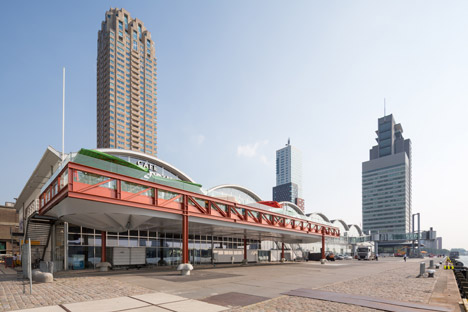 Pop Up Luggage Area replaces a canvas “party tent” that was erected in front of the previous terminal constructing for six months of the year, providing a a lot more inconspicuous substitute. 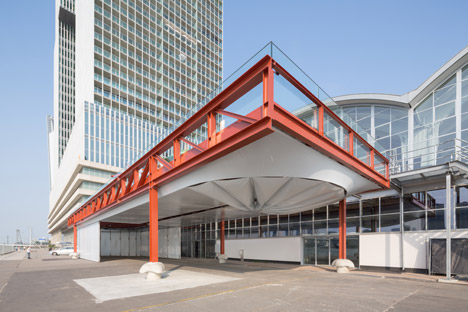 The canvas walls of the structure are illuminated from inside at nighttime, forming a glowing base for the terrace of a cafe located on the flat roof. Transparent balustrades surround the terrace, which gives views more than the river and Rotterdam’s skyline. 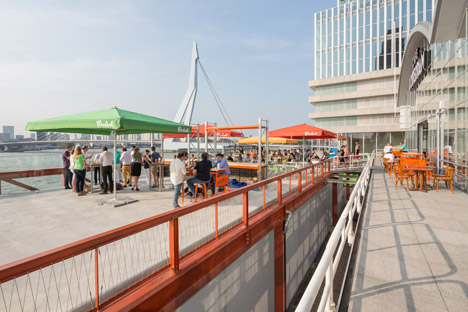 “When no cruise ships are docked PULS is almost invisible and the wharf is freely available to the public,” said the architects. “What then remains is a raised terrace at the degree of Café Rotterdam. This grandstand on the Maas delivers magnificent views in excess of the river and of Rotterdam’s skyline, and it also serves as a farewell platform.” 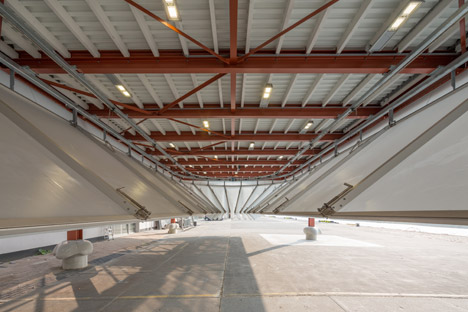 “In the evening, light shines by means of the folded cloth, making the café’s terrace seem to be to float on light, and it avoids creating a disquieting ambiance beneath the terrace,” the architects added. 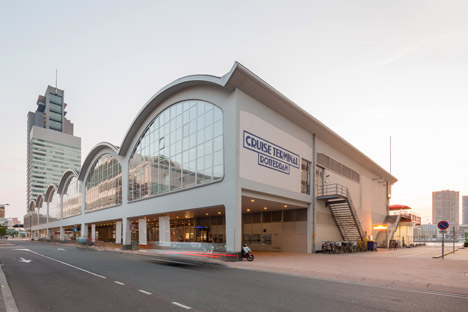 TomDavid Architecten was founded by Tom van Odijk and David Baars in 2008. The pair previously won a competitors to style a marketplace square in Casablanca shaded by petal-shaped pavilions. 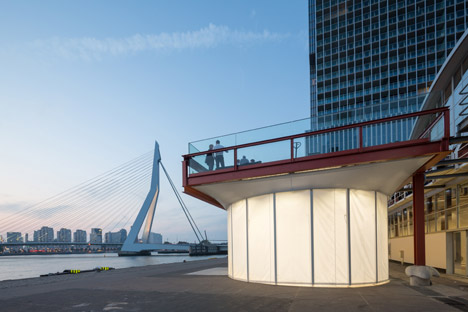 Photography is by Ossip van Duivenbode.

CanopyStair Is A Spiral Staircase That Straps Around Any Tree Trunk