Rozin’s PomPom Mirror is formed from 928 spherical beige and black tufts, arranged onto an octagonal grid that mounts onto a wall. 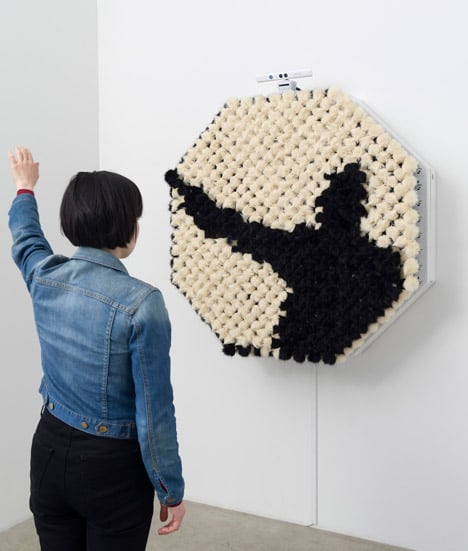 Acting like pixels, the pompoms operate in pairs that are controlled by motors – pushing and pulling them backward and forward so only a single of each couple is displayed at a time.

The motors are activated in response to movements captured and translated by a Microsoft Kinect sensor situated on top of the piece, which routes the information through a pc. “The pc recognises the shapes and translates to commands to move the motors and pompoms,” Rozin told Dezeen. 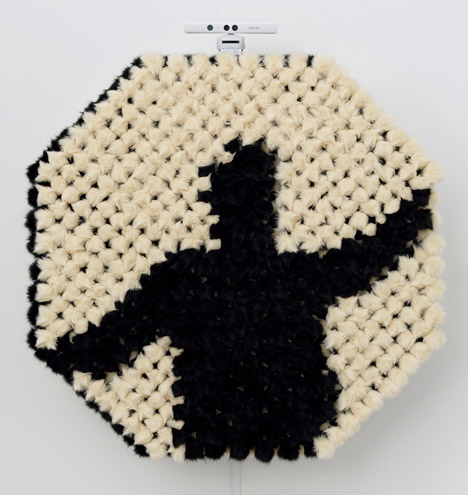 When a particular person or object moves into see, the beige tufts are swapped with the black ones to mimic the shapes and flip them into an image.

“I have been producing mechanical kinetic ‘mirrors’ for quite some times and have employed different materials and tactics in the method, but these have always been hard, rigid materials,” Rozin advised Dezeen. “I have needed to use materials and soft components for some time but couldn’t come up with a way to bridge the gap among the idiosyncratic behaviour of soft materials and the complexity of mechanical programs.” 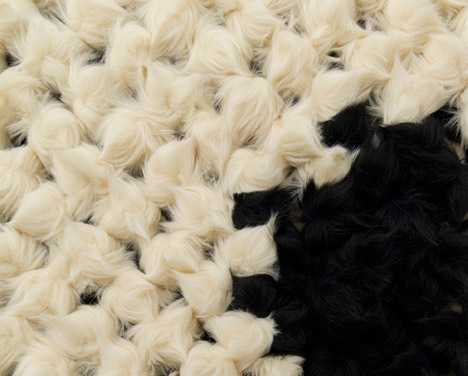 “The breakthrough was when I realised that a soft faux-fur ball had a exclusive capability to squeeze and then recover its volume,” he explained. “This way the pompoms can force their way through neighbouring pompoms.”

The PomPom mirror is presently on display as component of Rozin’s solo exhibition Descent With Modification at New York’s Bitforms Gallery. 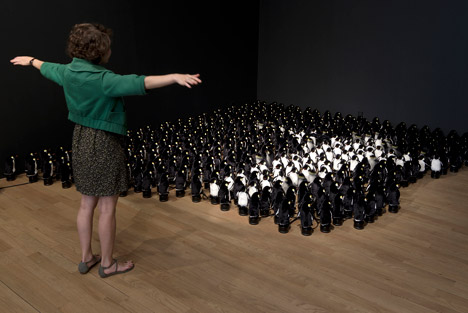 The display, which continues till 1 July, also attributes comparable interactive projects by the artist that incorporate a huddle of soft-toy penguins that spin to reveal their white tummies in response to the shapes of individuals standing above. 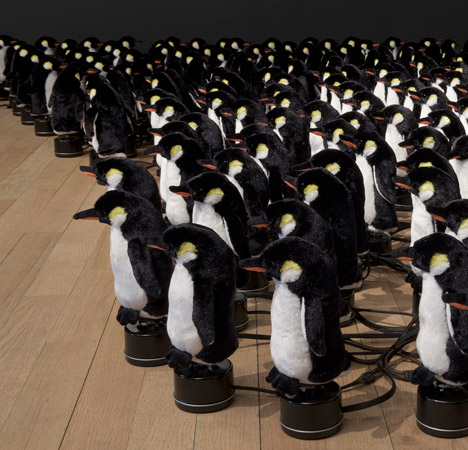