This table that houses plants in its centre by St Petersburg designer Maxim Scherbakov is named after the Soviet satellite that first took living objects into space and returned them safely to Earth .

Maxim Scherbakov, of design studio Plan-S23, created the Sputnik-5 coffee table so that small plants or herbs can grow inside it. 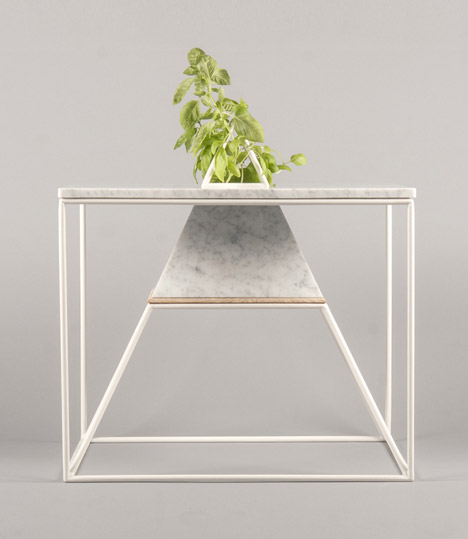 The table is named after Russian satellite Korabl-Sputnik 2, dubbed Sputnik 5 in the west, which launched on 19 August 1960 with two dogs – Belka and Strelka – 40 mice, two rats and a variety of plants on board. It returned to Earth the next day. 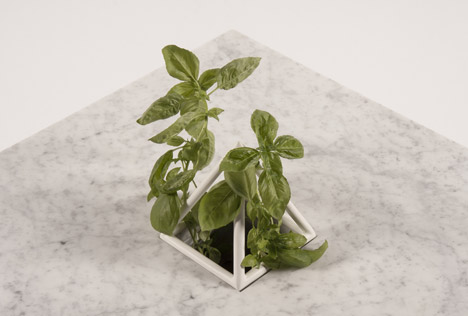 In Scherbakov’s design, plants grow inside a pyramid-shaped section beneath the table top and sprout out of a hole in the centre. 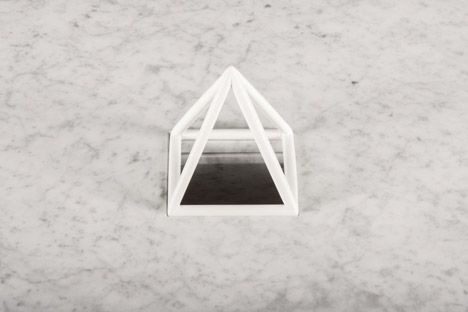 “The table acts as a watchman of a plant bursting from the aperture of the marble surface,” said Scherbakov. 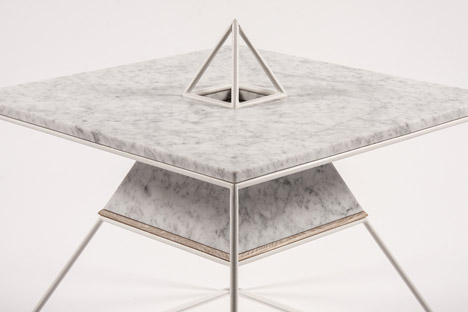 The table is built up from a series of components, starting with a white metal frame that forms a cuboid with a trapezoid inside. 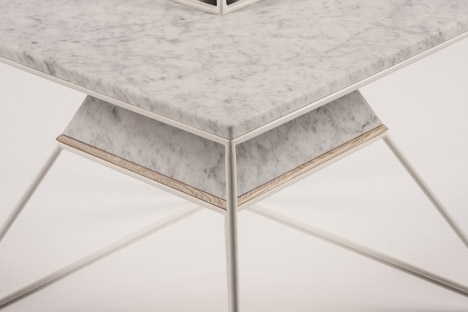 An oak shelf placed on the trapezoid supports the marble planter, which continues the angles of the inner frame. 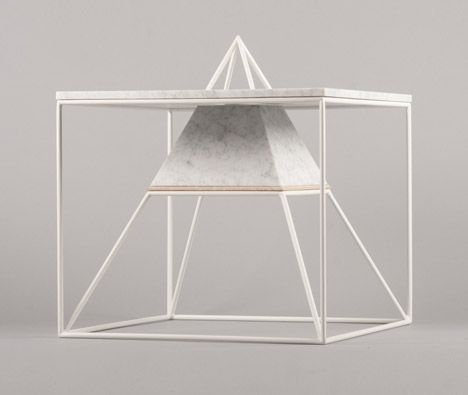 Another marble piece with a square hole in the centre sits on top to create the table surface, and a small pyramid that matches the frame covers the opening. 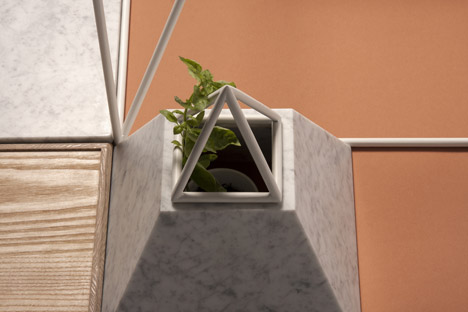 The pyramid is designed to protect the plants from being knocked by items placed on the table like books and mugs. 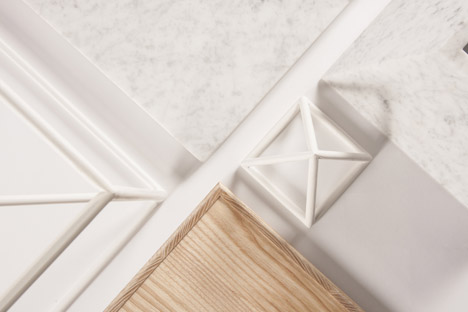 Sputnik-5 acts as a flower stand when the marble top is removed, and each element can be used independently as decorative pieces. 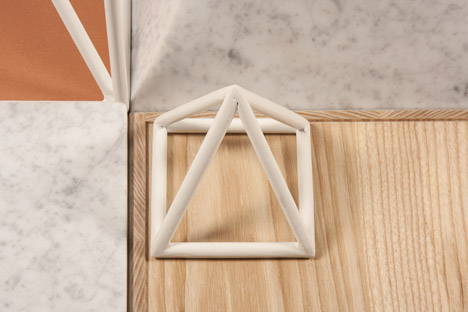