Horizontal slits produce lines of shadow across the facades of this beachfront home in Israel by Pitsou Kedem Architects, which has a cantilevered upper storey that projects in direction of the Mediterranean Sea (+slideshow). 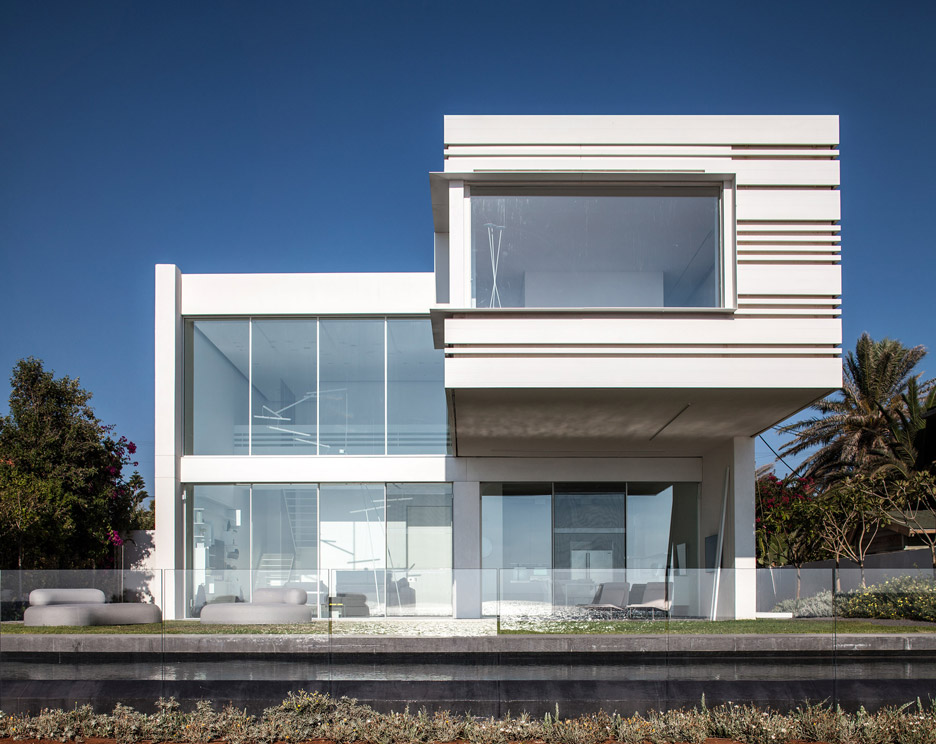 The house was made by Pitsou Kedem’s Tel-Aviv studio for a couple and their three youngsters, and is positioned in the northern Israeli village of Shavei Tzion, near to the owners’ factory in a close by industrial area.

The house’s plot is located just 70 metres from the sea and seems straight onto an spot of scrubland leading to the beach. The design and style aims to accentuate this connection with the sights and sounds of the sea. “The consumer asked for the property to be open to the sea and have a minimalist design and style,” Kedem told Dezeen. “We tried to develop a minimal architecture and not make visual noise.” 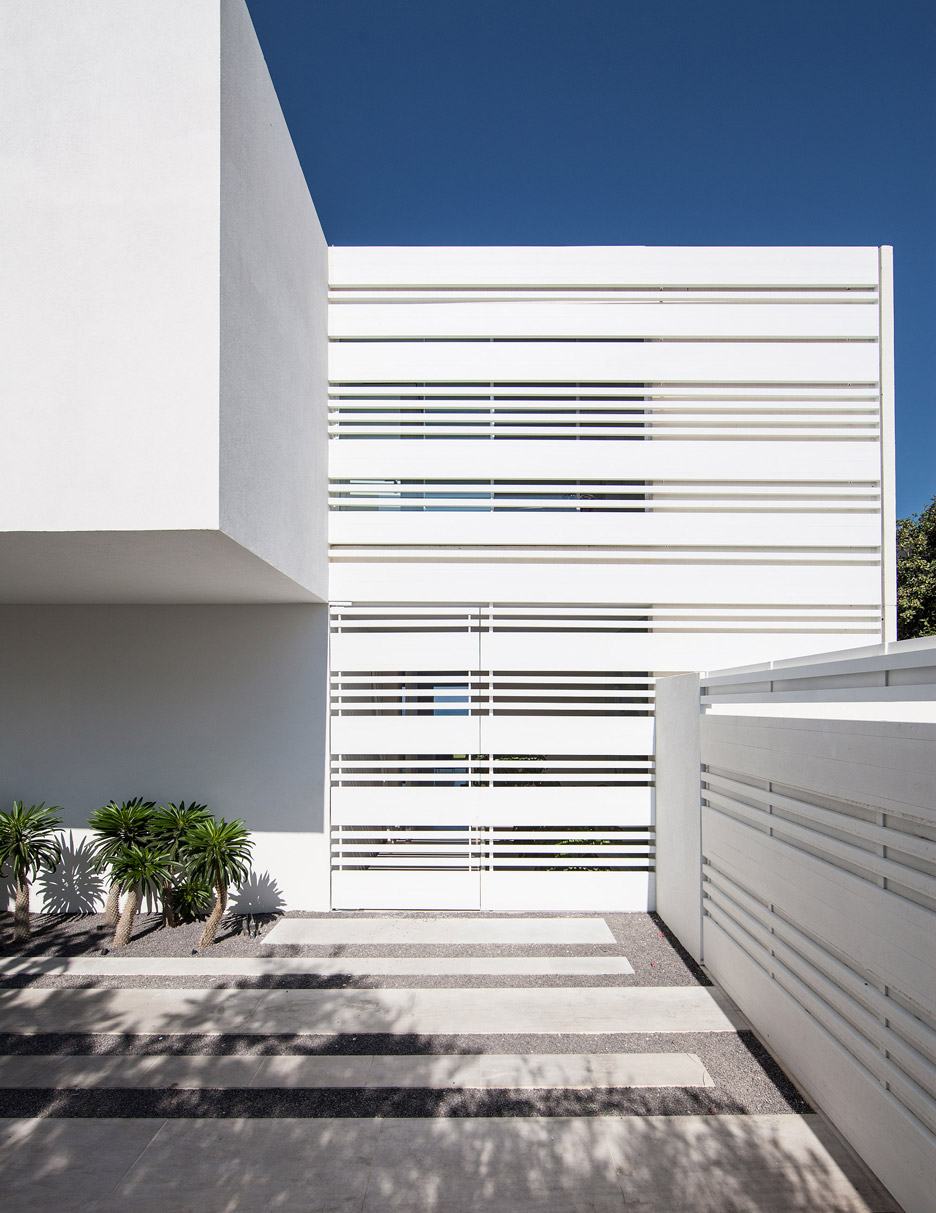 Another important influence on the house’s easy geometric types and neutral materials palette came from the architectural rules of the International Design, which was adopted by a lot of Israeli architects in the 1930s and 1940s.

Kedem has previously utilized a equivalent aesthetic to projects which includes a property in Tel-Aviv featuring a concrete box cantilevered above a glass-walled ground floor, and a home for his own family members with concrete walls and a roof that appears to hover above them. 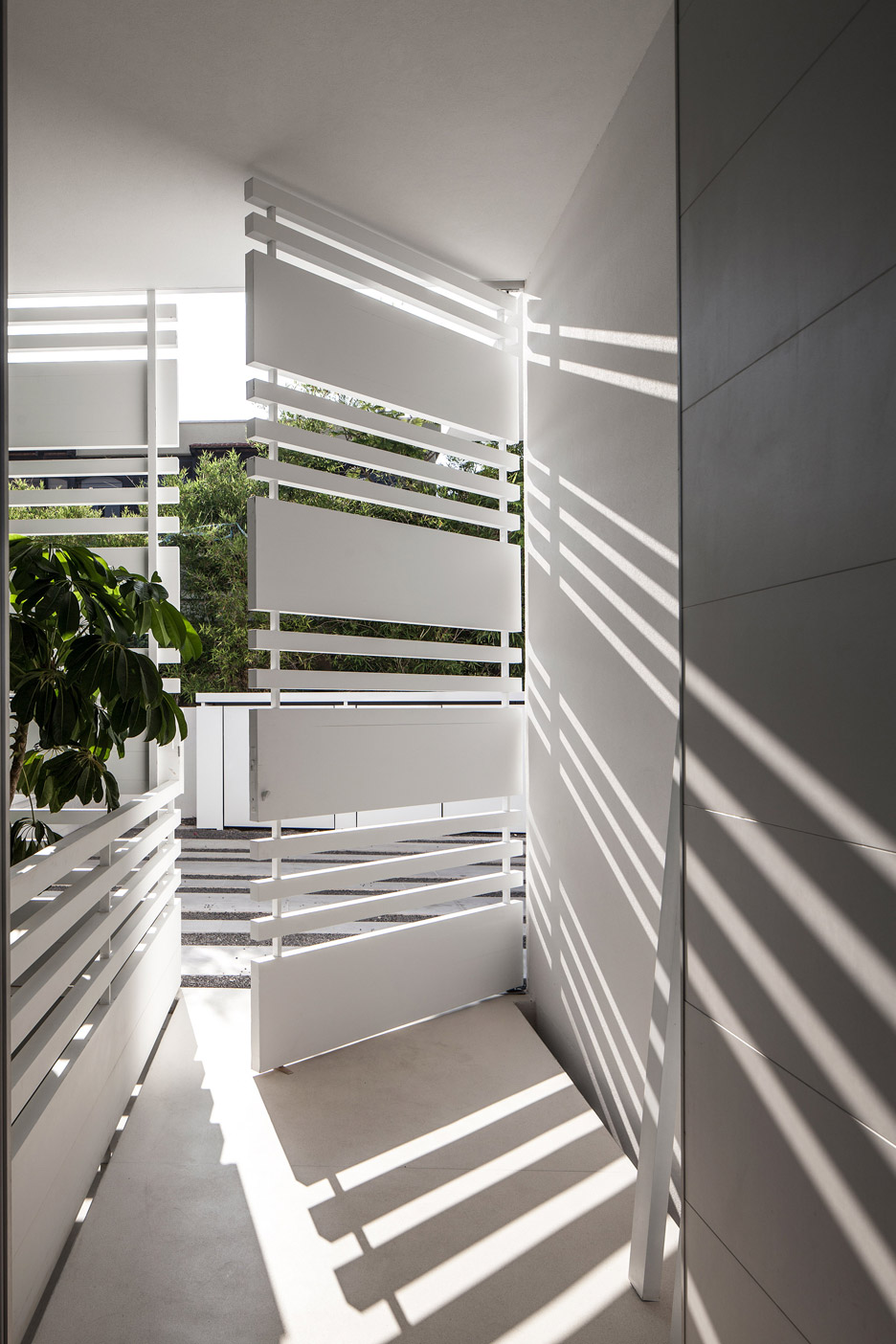 The side of the residence dealing with the access road and the entrance courtyard functions predominantly solid surfaces, with narrow horizontal openings permitting daylight to enter a porch region housing a modest tree. 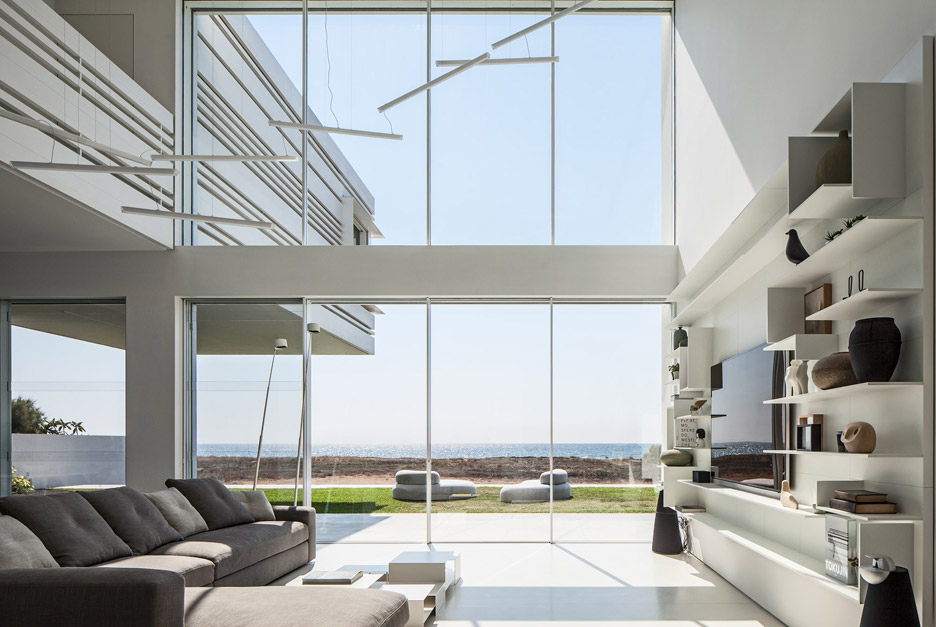 A white box jutting out from the initial floor consists of bathrooms for the bedrooms on this level. An additional tiny bedroom is also afforded light and privacy by the horizontal white cladding. The striped surface is formed from aluminium panels that extend along the sides of the upper storey’s cantilevered part, drawing the eye towards the open vista to the west.

The cladding also provides a protective insulating layer to avoid the interior from overheating in the desert climate. A more pronounced cantilever is located at the rear of the creating, allowing the master bedroom suite to project out more than over the backyard. “The main bedroom on the 2nd floor is suspended in the air without pillars below, which emphasises the aspiration of the entire construction to movement like waves of the sea,” Kedem added.

“The hovering segment generates a sense of lightness and floating, like white foam floating on the edge of each and every wave.” Following to and beneath the cantilevered volume, massive windows flood the double-height residing location on the ground floor with natural light and frame views in direction of the horizon. Windows set into the surfaces of the master bedroom and the other bedrooms lining the south-facing initial floor are framed by thin protruding lintels that give shade from the sun without having disrupting the views. 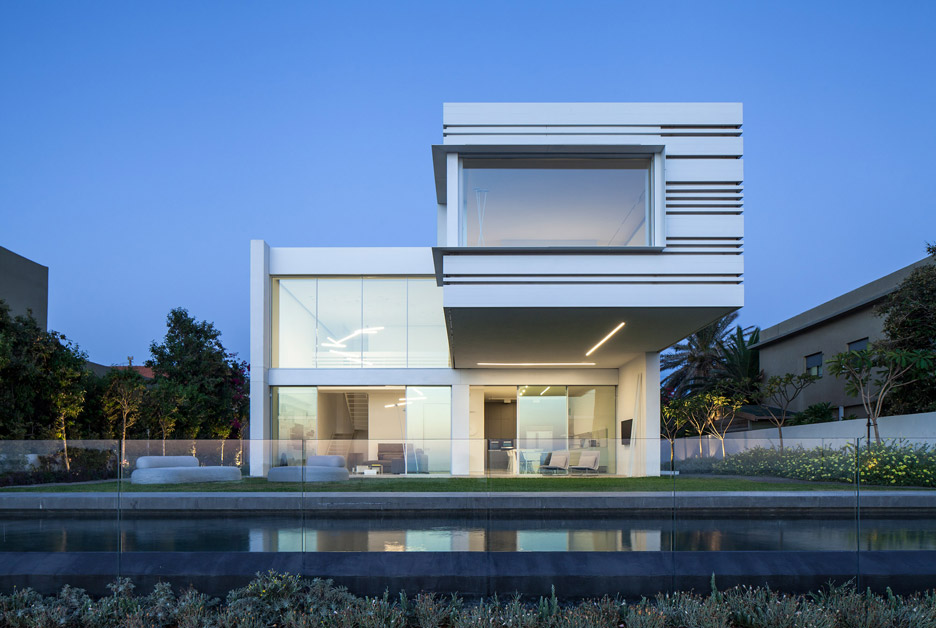 The horizontal slits incorporated into the cladding recur in the balustrades of the very first-floor gallery, creating a direct connection among the interior and the west-dealing with cantilever.

Photography is by Amit Geron, with styling by Eti Buskila.