Designer Paul Cocksedge has completed a spiral staircase featuring a backyard, a library and a tea bar.

The 4-storey Living Staircase will get its name from the plants that increase on leading of its balustrades and is found in the atrium of Ampersand, an workplace developing for imaginative technology businesses in Soho, central London. 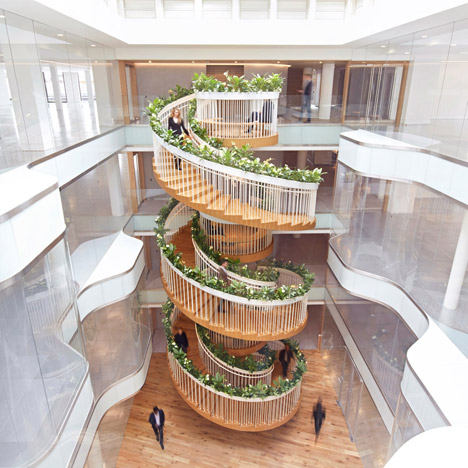 It features circular social spaces committed to different functions at each degree and is made to motivate likelihood meetings in between workers. 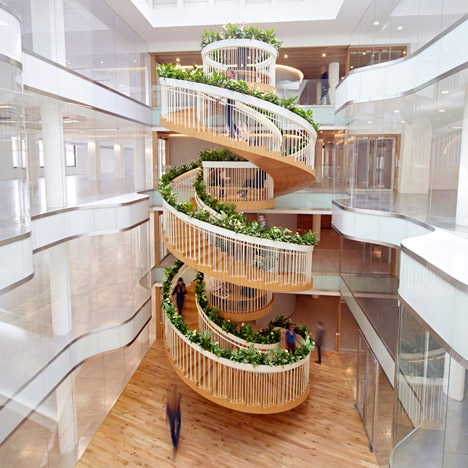 “We wanted to generate a staircase that permitted moments in which you could bump into somebody or have a conversation with someone who you might by no means get the opportunity to talk to if you did move through the developing by a lift of a conventional staircase,” Cocksedge informed Dezeen. 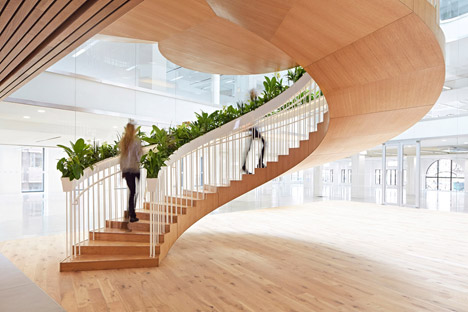 Cocksedge won the commission for the staircase in 2013 with an thought for a spiral stairway with out a central column. He worked with engineering firm Arup to produce the final design.

“It’s a special room, because you can see the atrium from all of the floors,” Cocksedge told Dezeen. “We had been attempting to believe of anything that could be placed there which would compliment the building but also include some thing.” 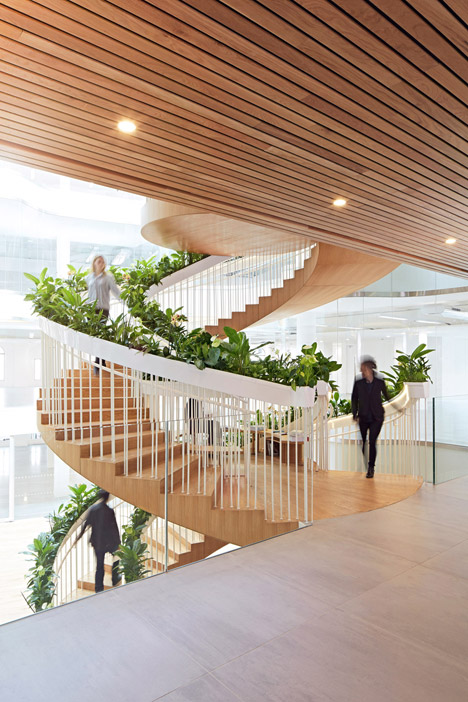 On the first floor, a tiny curated library of books chosen by the style crew is supplied for inspiration and enjoyment. 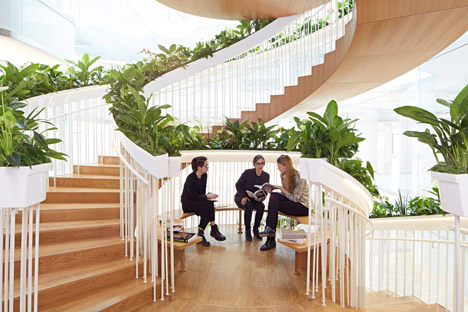 On the middle level hangs a Zettel’z 5 lamp by German lighting designer Ingo Maurer.  Cocksedge hopes that workers will use the pieces of paper that hang from the steel chandelier to depart notes for each and every other. 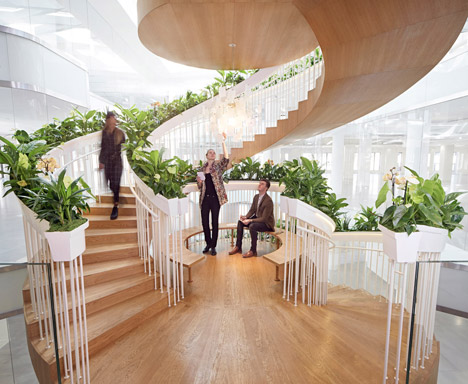 At the extremely leading, a hot water machine accompanies a group of mint plants to encourage consumers to brew their very own healthy cups of tea. 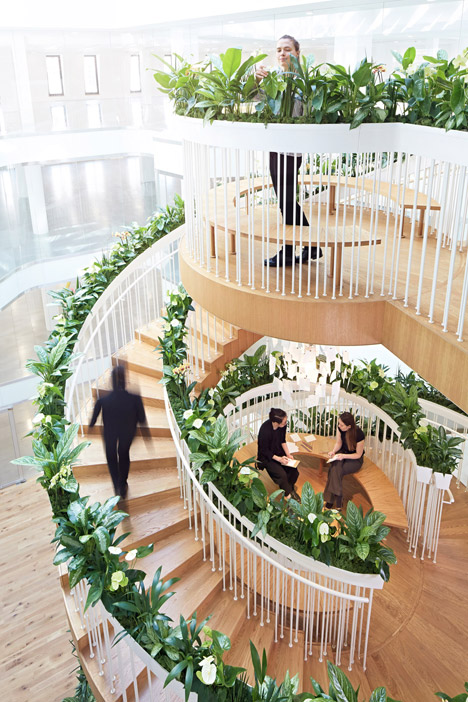 The plants – which employees will be encouraged to look soon after – include colour and a low-tech vibe to the building. 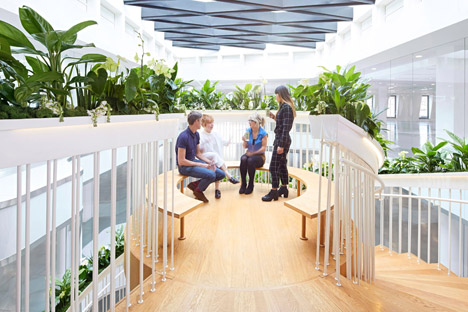 “There is going to be technology everywhere,” said Cocksedge. “We felt that we essential a burst of colour and we needed to bring a natural component into it.” 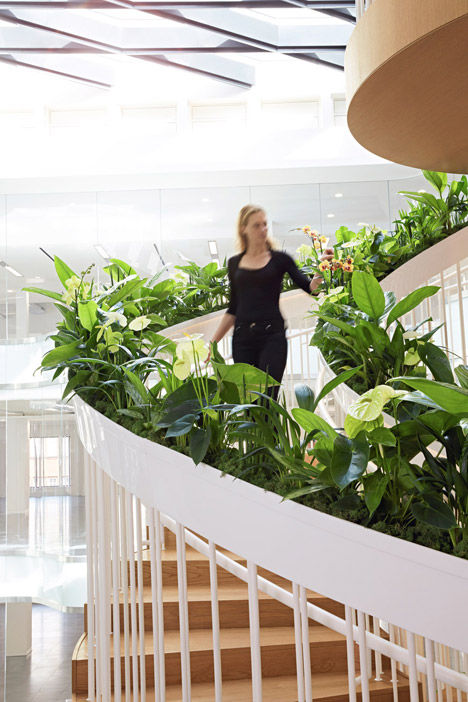 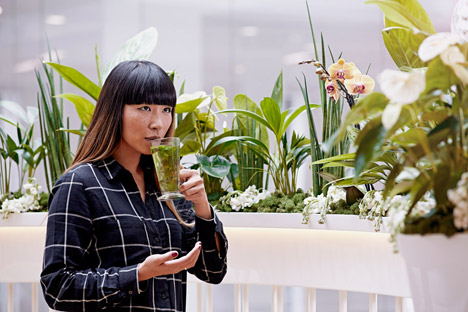 Latest projects incorporate The Vamp, a wireless device that plays music by way of vintage speakers, and Double O, a set of ring-shaped bicycle lights that slip more than a normal bike lock.