London Design and style Festival 2015: Patternity has turned its monochrome graphics into a 3D installation at Somerset House, which the London studio described as a “giant patterned playground” . 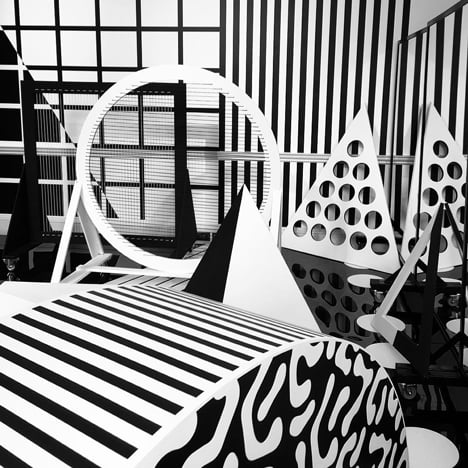 The Linked by Pattern project commenced when Patternity created a constrained-edition collection of stationery covered with black and white shapes for digital invitations organization Paperless Submit. 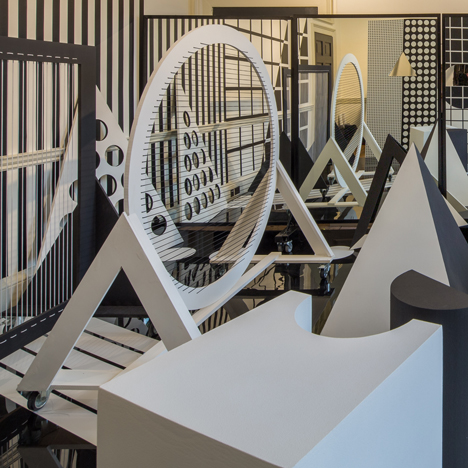 The studio – founded by Anna Murray and Grace Winteringham – made six black-and-white graphics for the Paperless Post’s electronic invites, then utilised the very same motifs to cover and fill a area in Somerset Property. 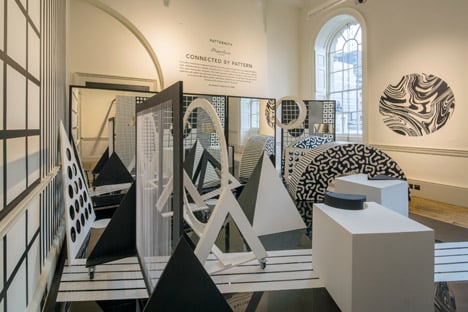 “Paperless Submit connects people in the digital world into real life experiences, whether or not its via events, housewarmings, gatherings,” Murray told Dezeen. “We wanted to use our take on pattern to investigate connectivity.” 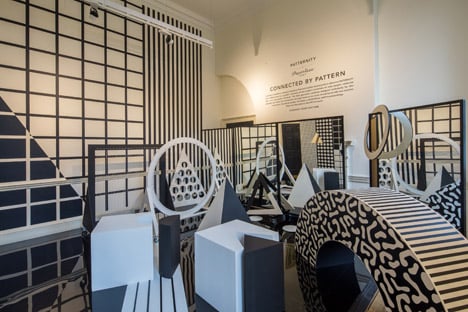 “We’ve brought them into the 3D realm, producing a area where men and women can come and sit and expertise the area in a playful way,” added Winteringham.

A black wall with shapes cut out gives peeks into the area as a visitor enters. 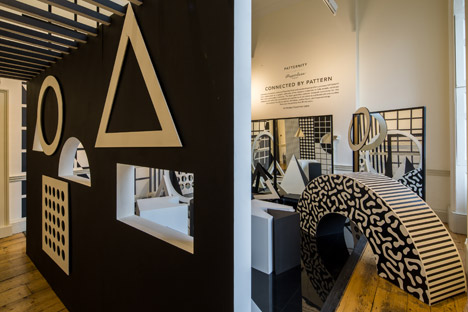 When completely inside, surfaces are patterned with stripes, dots and grids. Mirrors along one particular side lengthen the patterns and the black floor is also reflective to pick up the graphics around the area. Though the aspects dotted all around the area seem sound, some of the blocks are created from foam so can be sat on or thrown about. “We desired one thing super tactile that wasn’t just anything to seem at but anything that people can actually get involved with and move issues,” explained Murray. “It is a giant patterned playground, celebrating human interaction.”

As the invitation types are customisable, so as well is the set up. Frames filled with strings can be rolled about on wheels, and the foam furnishings pieces can be picked up and moved about so site visitors can “build their personal set”. 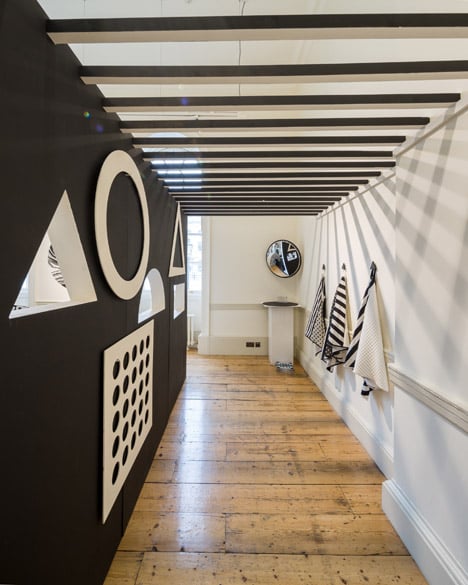 The set up varieties component of the 10 Designers in the West Wing exhibition, which opened nowadays at Somerset Property in central London as portion of London Style Festival 2015. The exhibition also consists of installations by Faye and Erica Toogood, Ross Lovegrove, and Barber and Osgerby – this year’s London Design and style Medal winners. 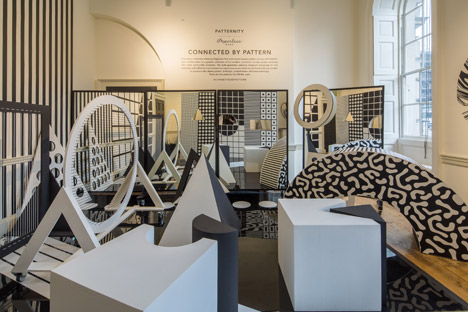 At the same venue, the Bouroullec brothers are launching their Serif Tv for Samsung, which we featured solely final week. The festival runs from 19 to 27 September 2015 and consists of a assortment of merchandise launches, exhibitions and installations across the city – verify Dezeen’s manual for what not to miss.

Photography is by Luke Hayes.