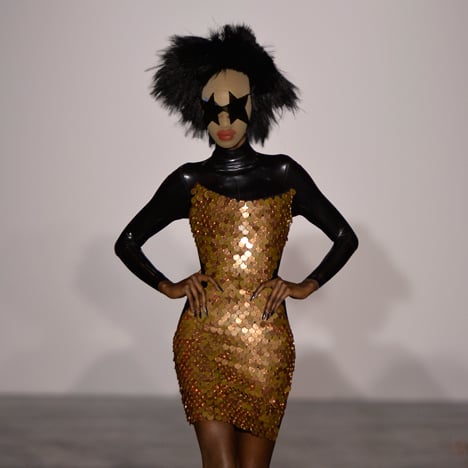 British fashion designer Gareth Pugh kitted out a disco troupe in garments patterned with stripes and covered in coins for his Spring Summertime 2016 present in the course of London Vogue Week. 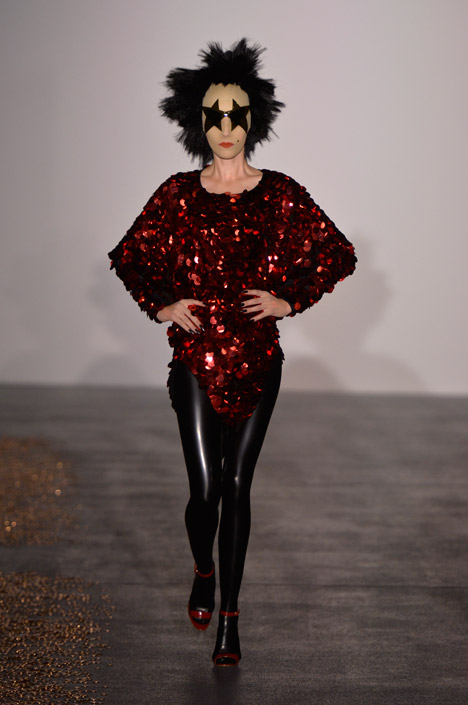 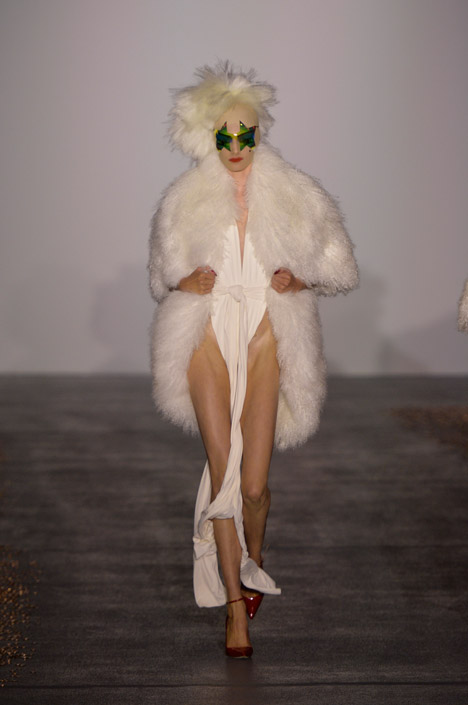 His Spring Summer 2016 assortment pays homage to Soho, which was when renowned as a hub of creativity – and seedy nightlife – but is now below risk from business growth. 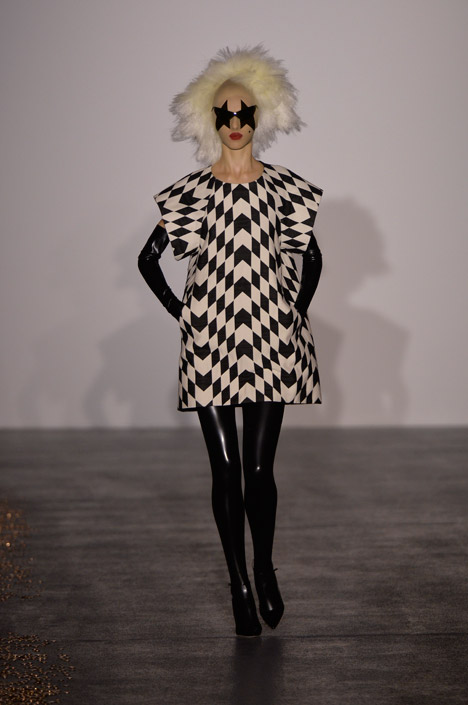 “The idea of displaying in Soho on a Saturday night was intoxicating,” mentioned Pugh. “I keep in mind arriving right here for the first time, coming down to examine at Central Saint Martins – it was like falling down the rabbit hole.” 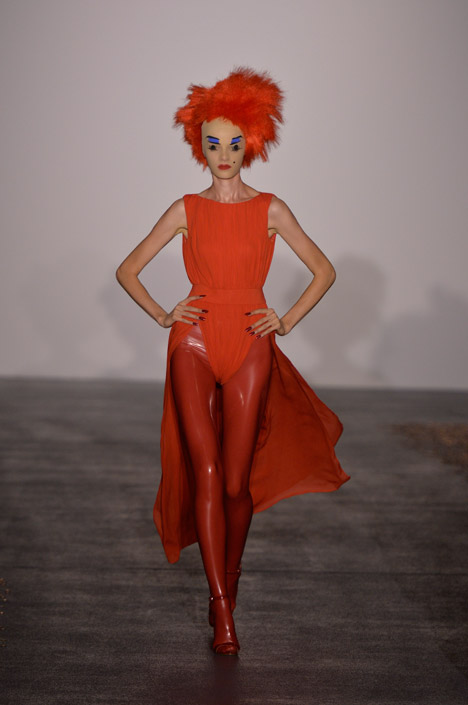 “There were this kind of feelings of euphoria, of danger and of likelihood. I guess that is what this collection is about. A area in which you truly feel like anything can take place.”

The designs wore nude stockings above their faces, with spiky red, black and white wigs sat far back to exaggerate the forehead. 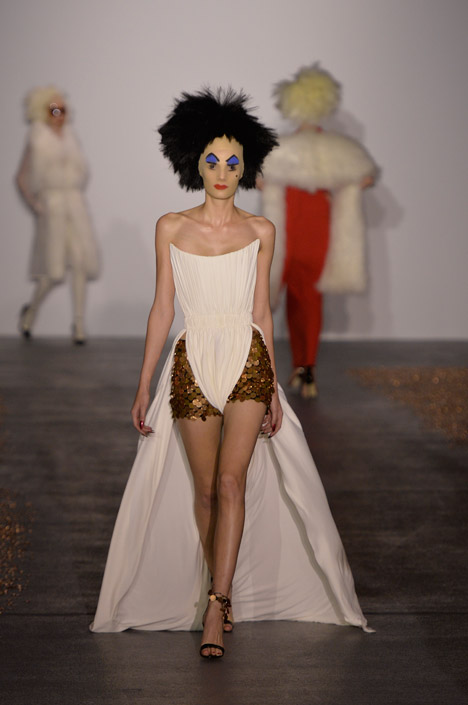 The colour palette for the assortment was limited to red, white, black and copper. 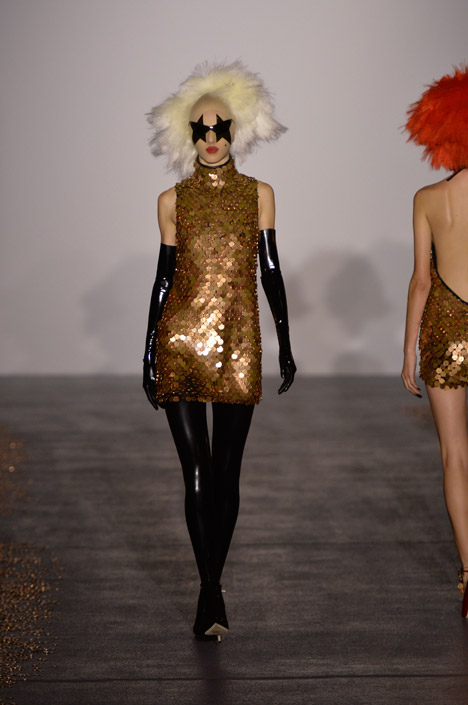 Dramatic make-up was painted onto the sheer material, and some wore star-shaped sunglasses above the leading. 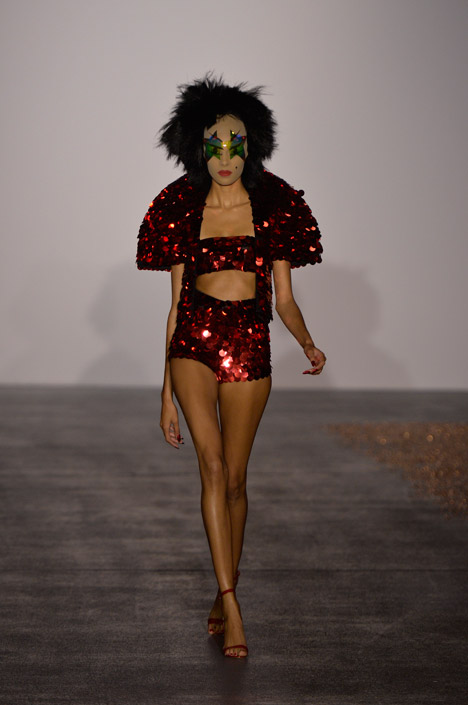 Pennies scattered on either side of the runway were also utilised as paillettes on a assortment of garments, producing shimmering sleeves, dresses and bodices. 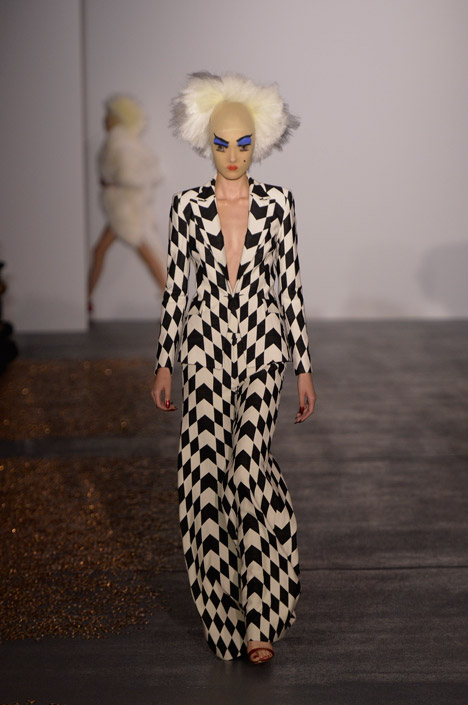 Massive red sequins were utilized in a related way, including on a romper with a stiff semi-circular collar that stood vertically behind the head. 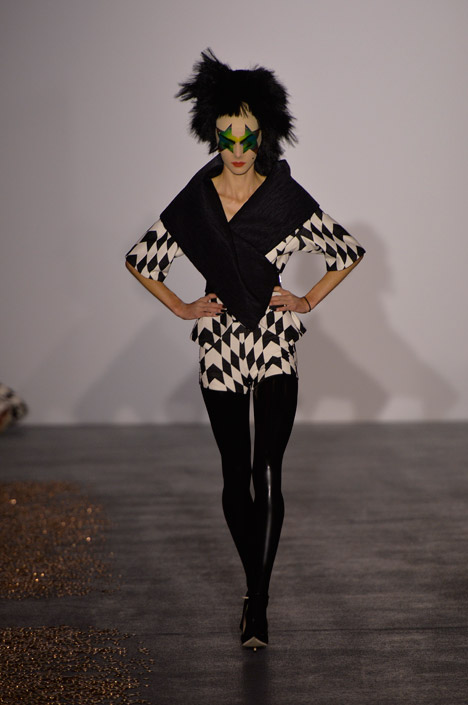 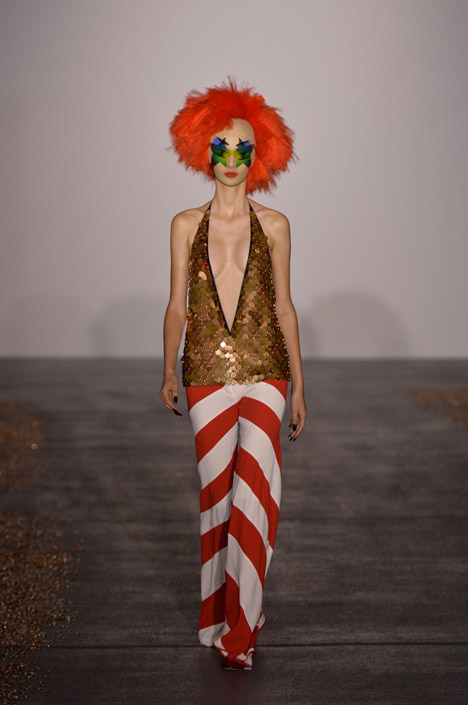 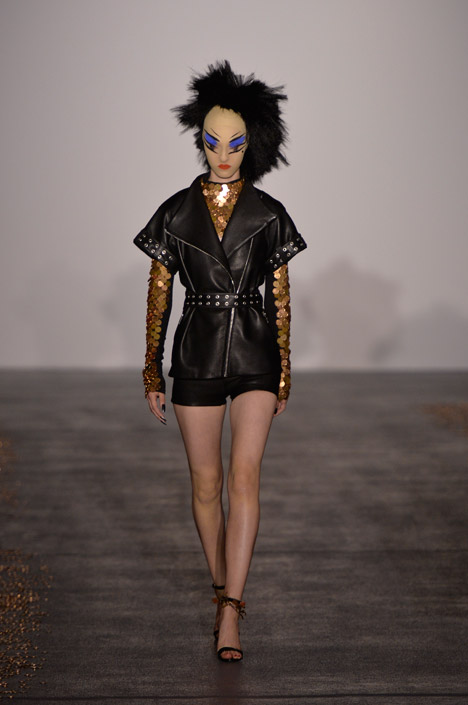 Fur coats and red and white striped flares extra to the disco vibe – as did the show’s soundtrack. 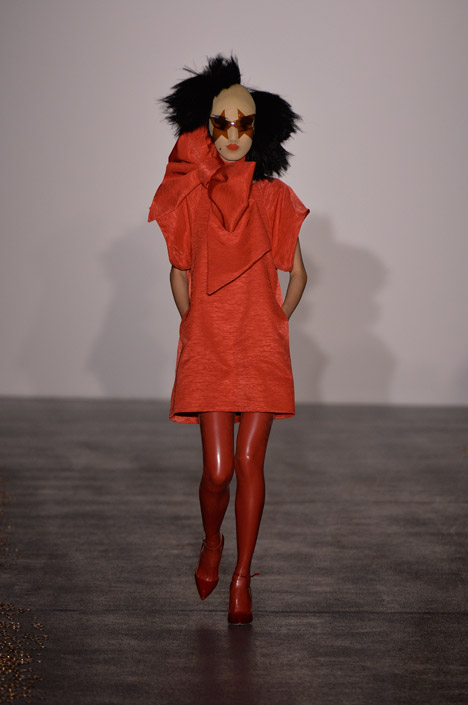 All of these elements had been combined to generate an influence linked to Soho in some way. 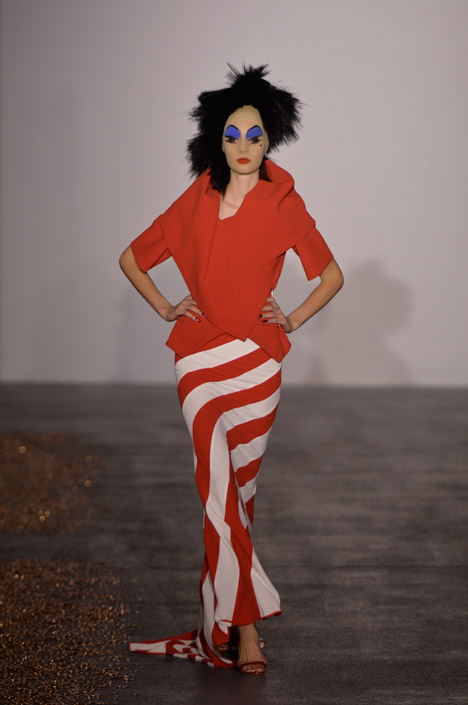 “I kept going back to footage of Francis Bacon describing how he would paint on the untreated side of the canvas, so that each and every stroke would remain fast and irrevocable,” mentioned Pugh. 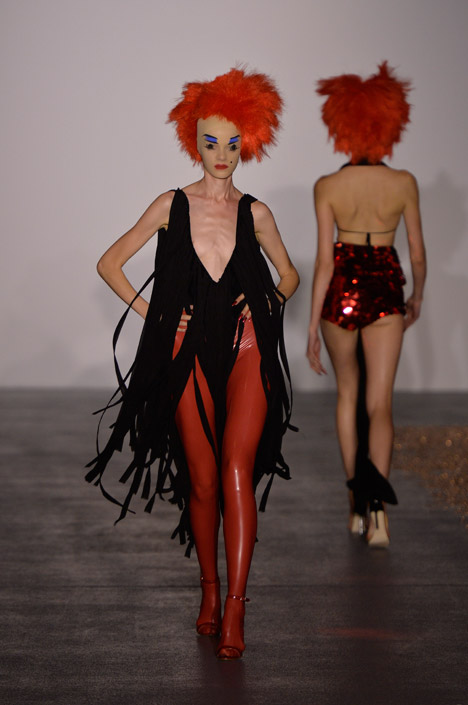 “There was that, and Merry Clayton’s solo from the Rolling Stones’ Gimme Shelter. The way she sings with such abandon – the urgency – it made me feel about the spirit of Soho.” 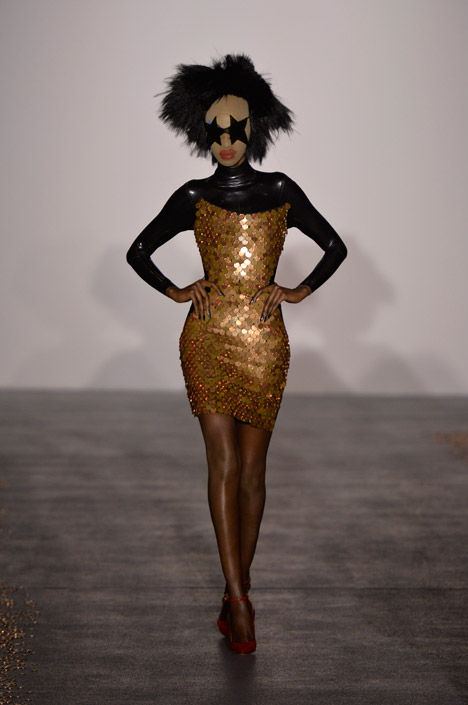