London studio Kirkwood McCarthy has renovated a derelict workshop in east London to produce a brick home that is tacked onto the end of a narrow mews yard . 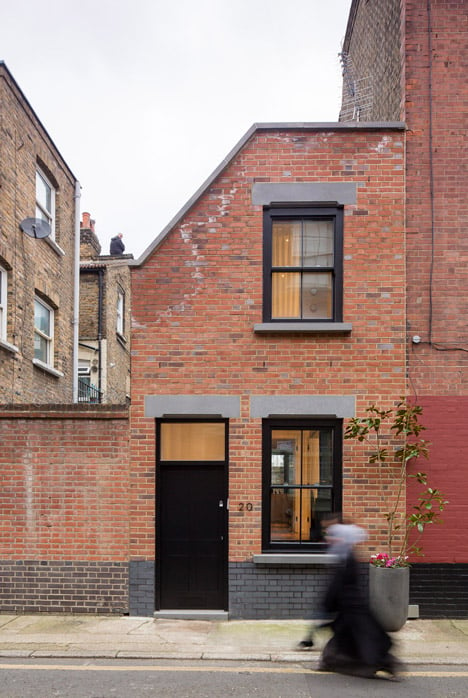 Named Winkley Workshop, the three-storey property is owned by Fiona Kirkwood of Kirkwood McCarthy and her fiancé. It extends from a standard street of brick terraced houses into a yard flanked by workshops built at the flip of the 20th century.

The dilapidated situation of the authentic single-storey framework, formerly utilised by an upholsterer, led the duo to demolish and exchange it with a taller constructing that is designed to maximise inner and external area on the 3.9- by 9-metre website. 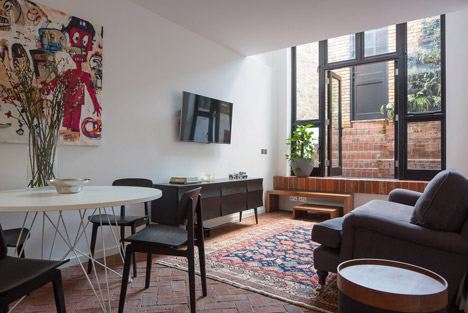 “As two Australians living in London, we needed the residence to let us a informal and social life style with good interaction to the outside,” Kirkwood advised Dezeen.

“This influenced selections this kind of as the brick floors from the basement to courtyard, where the total basement level feels like an extension of the garden.” 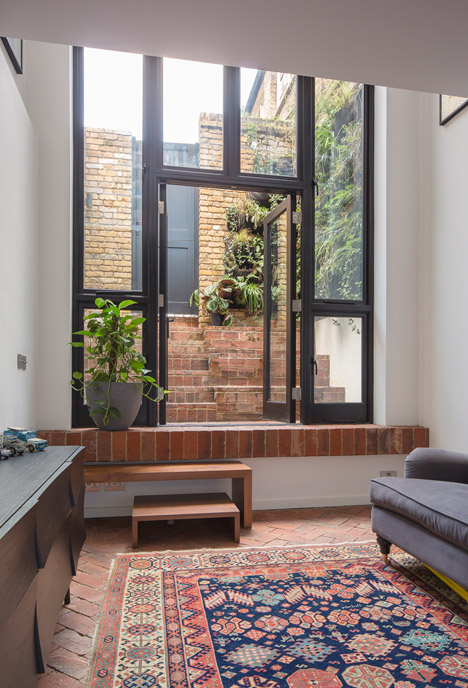 The house’s exterior responds to laws imposed by its spot within a conservation location.

Classic supplies, which includes a red brick frontage, were paired with sash windows, stone lintels, sills and coping stones. A darker brick added at the rear matches the colour of the neighbouring homes. 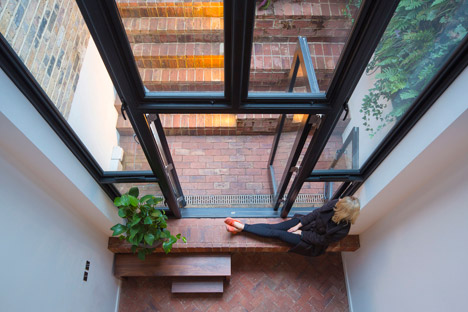 The amount of room and income obtainable for the venture informed its compact scale and simple inner material palette.

A sloped roof above the new second storey prevents it overshadowing its neighbours, even though a basement level was dug out to develop a modest courtyard. 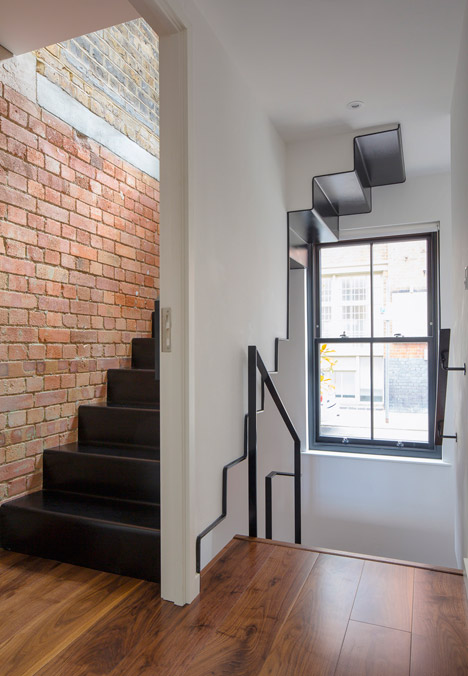 “Though we were on a tight price range, the property needed to be timeless, well presented and practical,” said Kirkwood.

“This was attained by balancing basic and reasonably priced finishes with functional and stunning bespoke joinery and metal stairs.” 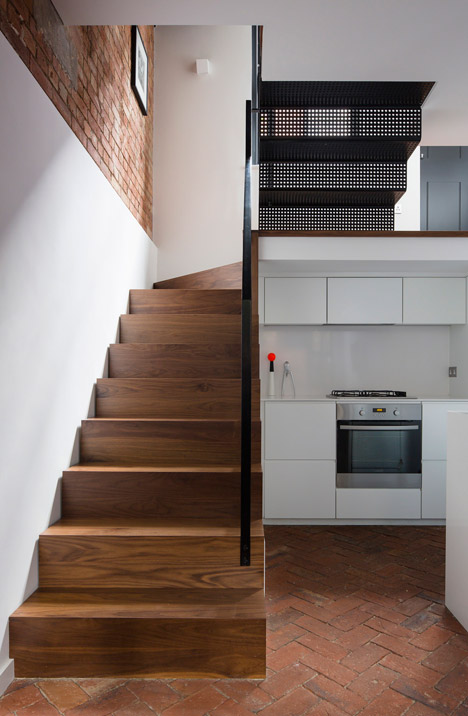 Sustaining a sense of spaciousness within the narrow developing was yet another critical facet of the layout. A staggered internal arrangement creates double-height rooms, as well as routes for daylight to filter from the front to the rear. 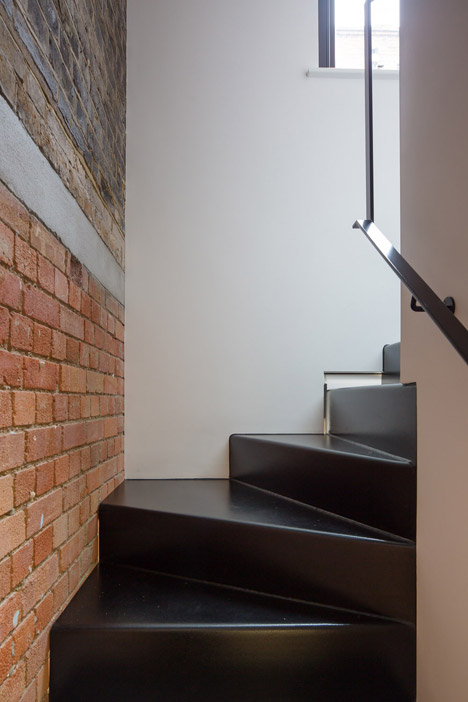 “The first notion of stepping the floors was to steer clear of the basement feeling underground,” Kirkwood explained. “We wanted to accomplish good external connectivity, daylight access to the street and the rear mews yard, and internal interconnection between the stacked floorplates.” 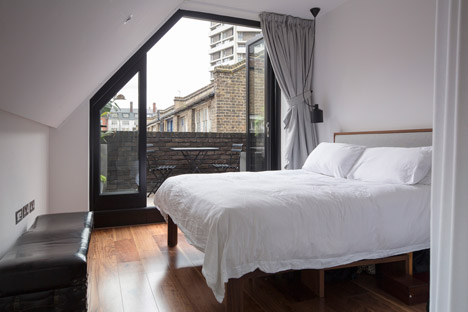 Integrated inside of the adjustments in degree are numerous opportunities for informal seating that make the most of the offered space, such as a phase subsequent to the door leading to the rear patio and perches built into the brick steps outdoors. 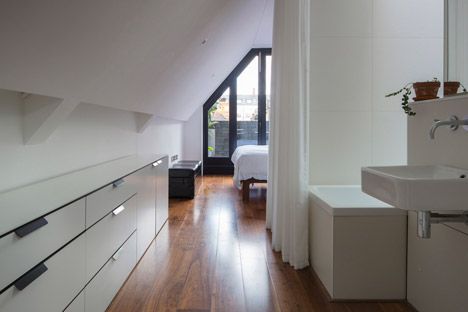 From the entrance, a walnut stair descends to the kitchen and living spot on the lower ground floor. This space functions a herringbone brick floor that connects it visually with the patio. 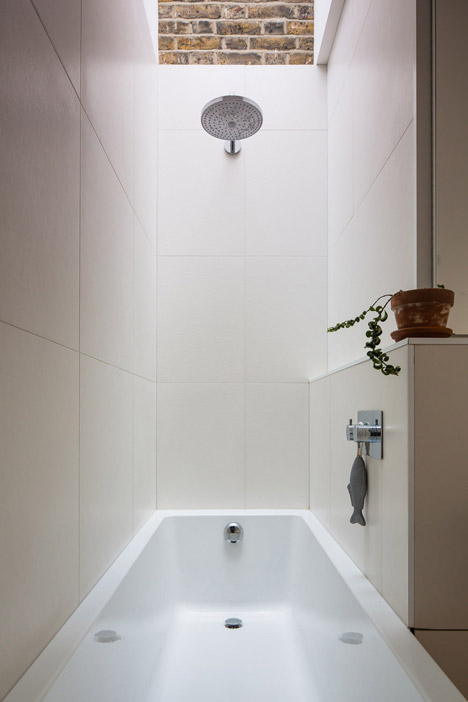 A double-height void in front of the glazed rear facade enables natural light to enter the two the residing area and a multi-objective room on the upper ground floor.

A variety of windows and doors integrated into the black-painted timber framework can be utilized to vary ventilation during the 12 months, although lower-level openings allow the owner’s dogs to access the courtyard. 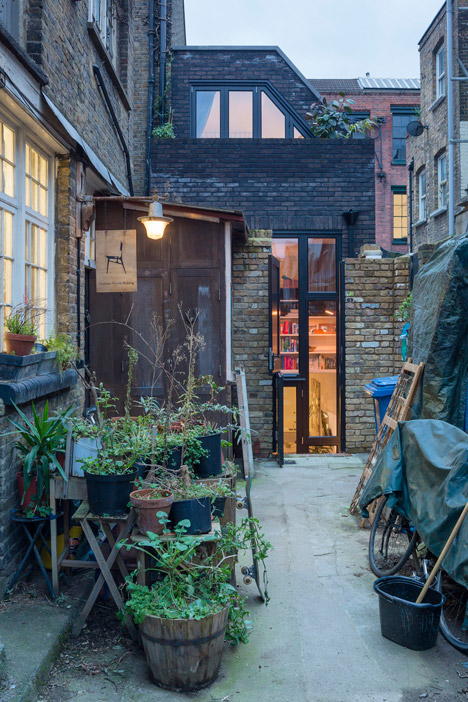 The materials used for staircases connecting the diverse amounts reply to their location and perform.

The steps top from the entrance to the upper ground floor are created from perforated metal to allow sunlight entering the street-facing window to reach the basement, although also acting as a privacy display. 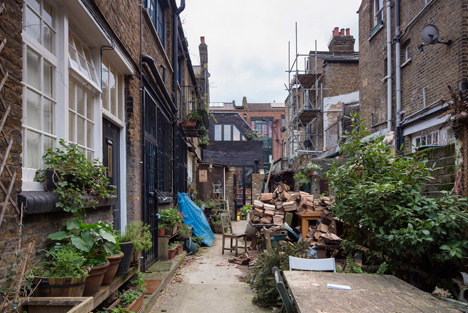 The staircase that descends to the kitchen is flanked by the authentic celebration wall. This is left exposed to display the segment of the previous red brick framework transitioning to a concrete infill indicating the former roofline, and last but not least the yellow stock that was once exposed to the elements. 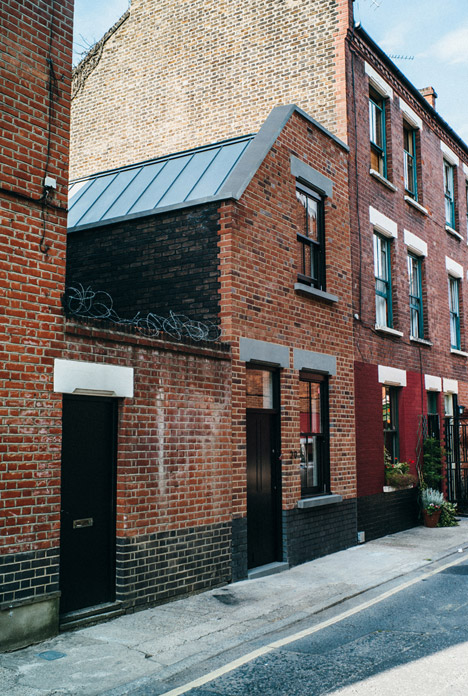 The stairs leading to the bedroom on the best floor are manufactured from folded plate metal to develop a layer of visual and acoustic insulation that enhances the privacy of this space. 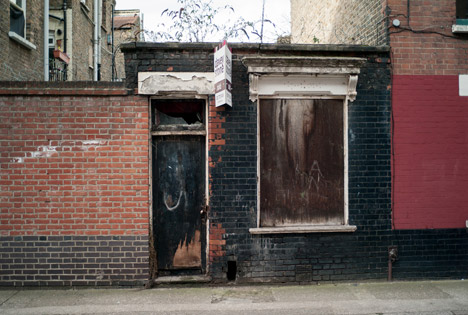 The bedroom and en-suite bathroom are linked to a little balcony by a window incorporating folding doors that follows the angular form of the roof. 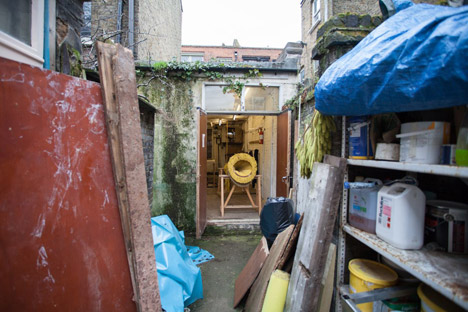 Photography is by Tim Crocker, unless otherwise stated.