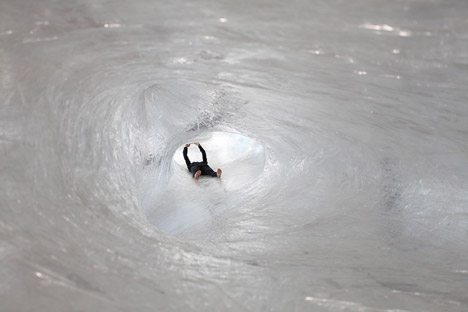 Lengths of transparent film and sticky tape wrap around the concrete columns of a Parisian gallery to form a network of hollows and tunnels in an installation by Numen/For Use . 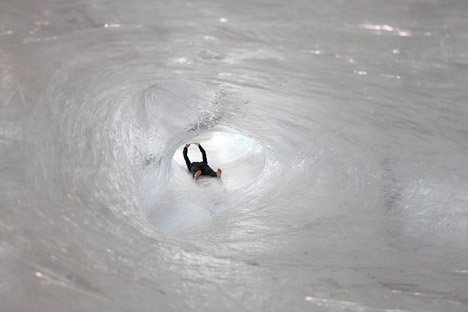 Numen/For Use created the Tape Paris installation for a group exhibition at the Palais de Tokyo in Paris. Titled Inside, the show explores both physical and psychological connotations of interior space.

Related story: N-Light Membrane by Numen/For Use contains an infinite grid of light 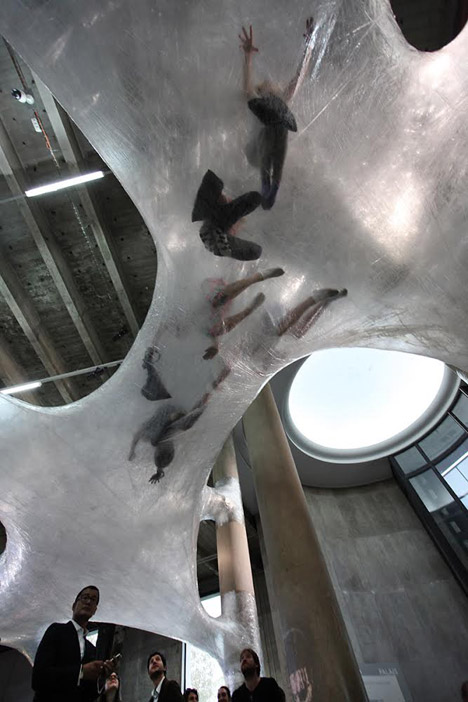 The Vienna-based design collective transformed the entrance hall of the gallery into an inhabitable organism-like structure using layers of sticky tape and plastic similar to cling-film. Visitors can navigate their way through the piece, which is suspended between the ceiling and floor and has a translucent “stretched biomorphic skin”. 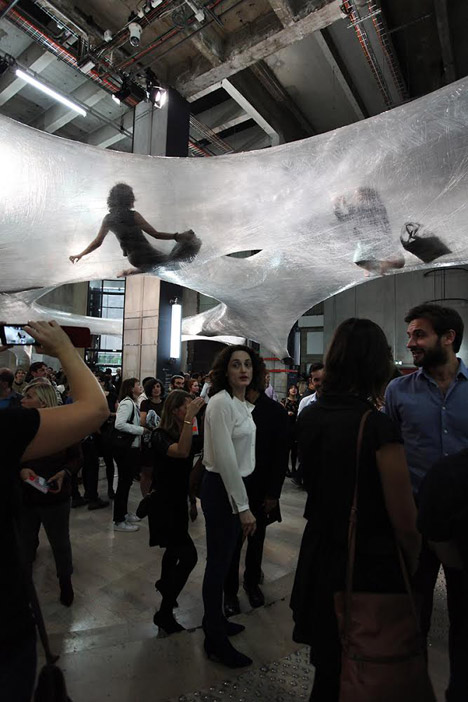 “The installation was envisaged as a site specific, parasitical structure invading an arbitrary location,” said Numen/For Use co-founder Christoph Katzler. 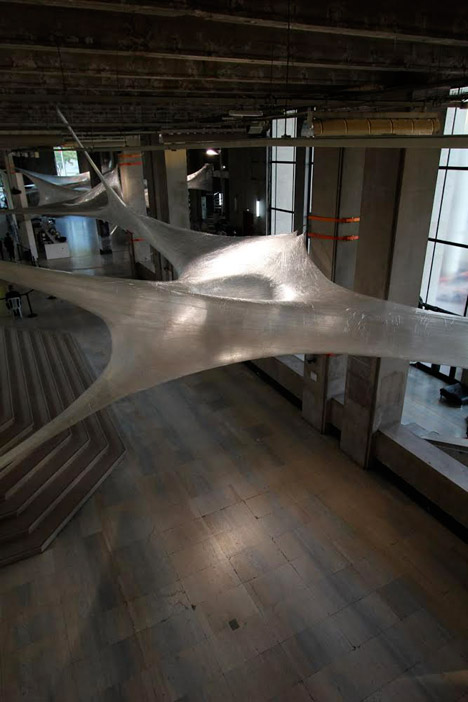 Visitors to the exhibition can climb into the series of translucent hollows and channels strung six metres above the gallery foyer for a bodily experience. 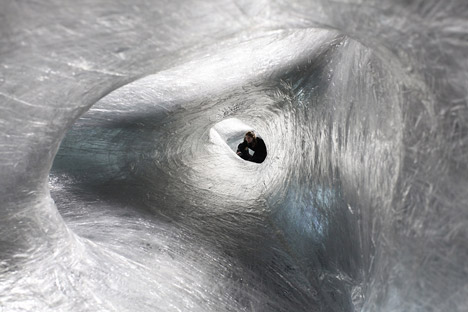 “In the moment when the audience enters the installation, what started off as a sculpture seamlessly morphs into architecture,” said Katzler, whose previous projects have included a cavernous net staircase in an Austrian gallery. 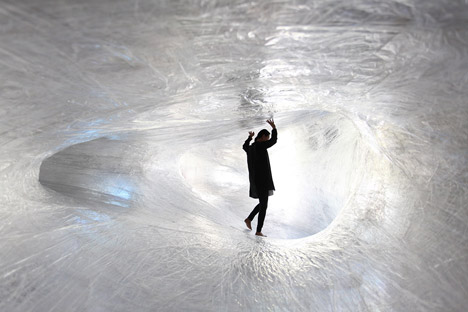 The thin layers of film that make up the network flex under the weight of passing visitors, and the translucent surfaces give views from within the structure to the floor below. 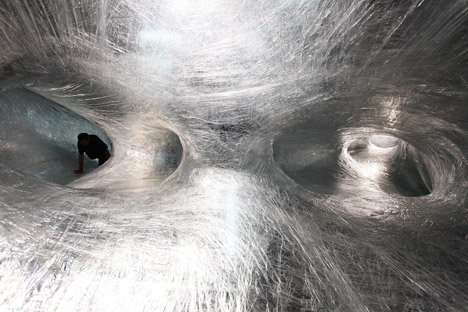 “The interior of the structure is supple, elastic and pliable while the form itself is statically perfect,” he said. 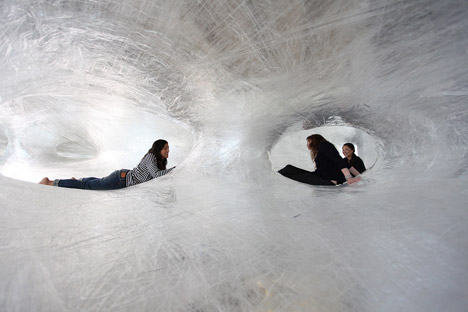 A team used layers of conventional Scotch Tape to create the sinuous form between the concrete columns of the gallery. 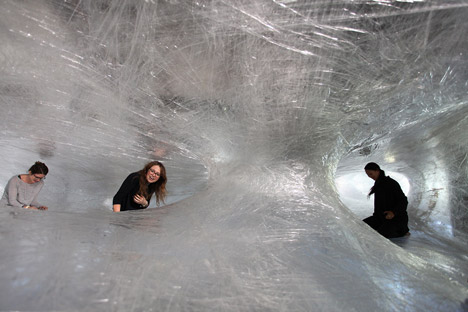 The tape lines were then covered inside and outside by layers of an elastic plastic sheeting to bind the structure together, forming a 50-metre-long network of cocooning passageways. 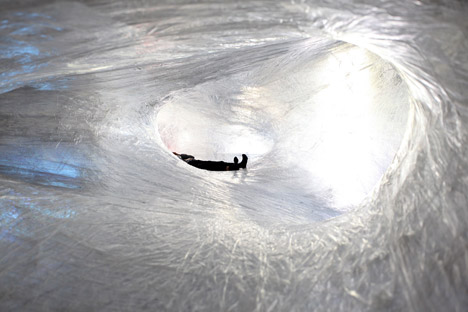 “With the further layering of the tape, the figure becomes more and more corporeal as it picks up on the slow increase of the curvature,” said the designer. 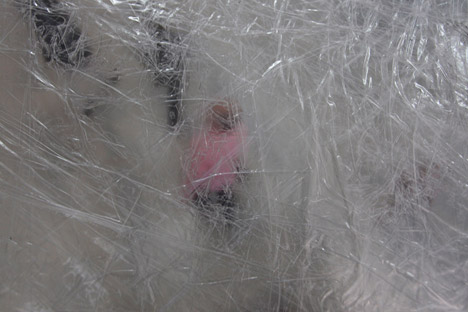 Tape Paris is supported by fashion brand COS and is on show at the Palais de Tokyo until January 2015.

one hundred% Natural with No Contemporary Finishes: Wonderful Eco friendly Lodge in Romania