Japanese studio Nendo has created a range of furniture that seems to be like it has been drawn onto surfaces at the Eye of Gyre gallery in Tokyo .

The Border pieces have been produced for a solo exhibition of Nendo’s perform in Omotesando, Tokyo, and created as an substitute to the “average specification” of furniture developed for mass production. 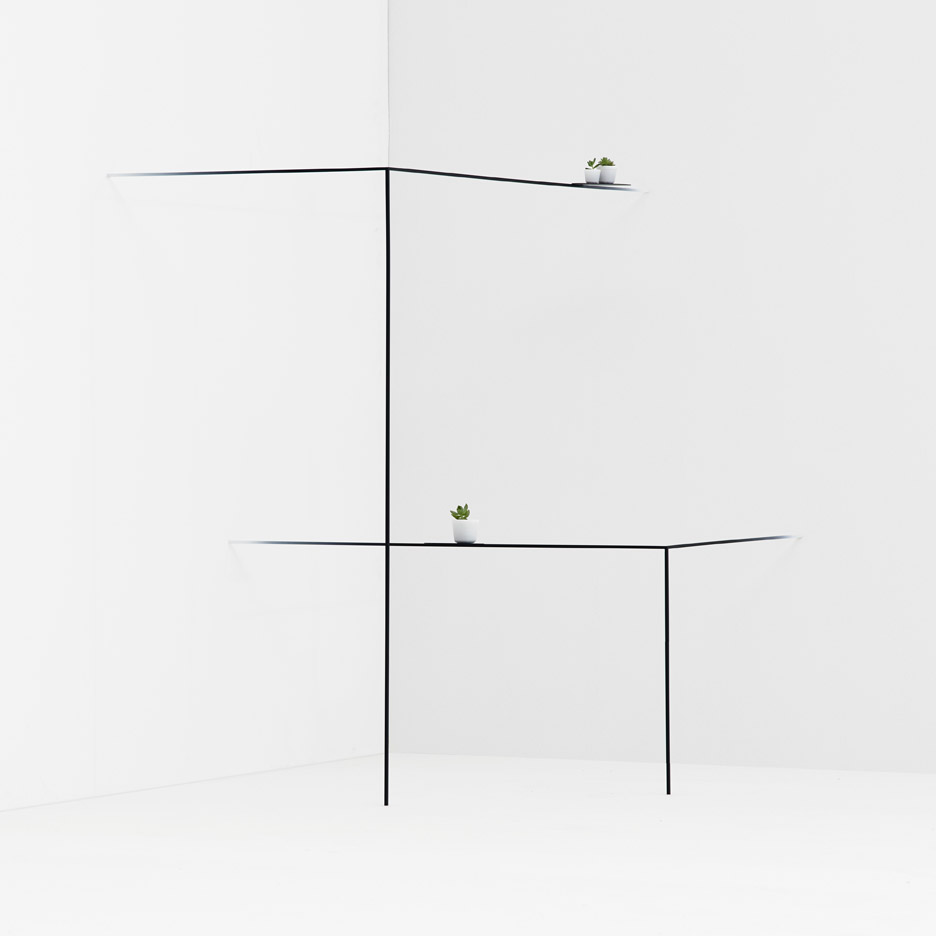 Rather than designing tables that could match into any space, the studio tailored the angles and shapes of every of the pieces exclusively for the corners and columns of the gallery, with the “troublesome” elements of the space top the studio’s layout process. 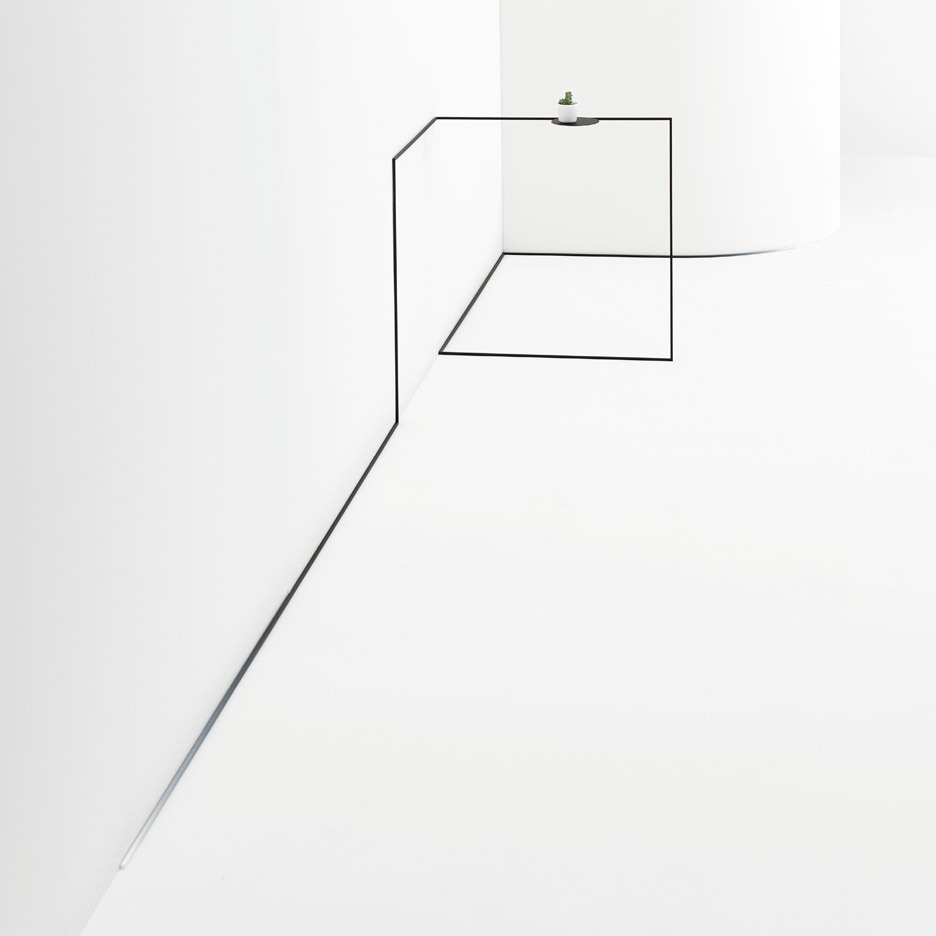 Little tabletops, measuring just one hundred millimetres across, rest on metal stems that lengthen at correct angles from horizontal rods. These factors have a white-painted gradient that gives the impact of blending into the wall.

Other styles closely trace the horizontal and perpendicular lines of the corners, podiums and walls of the gallery, resembling line sketches. Tables are arranged in grid-like groups in some components of the gallery. 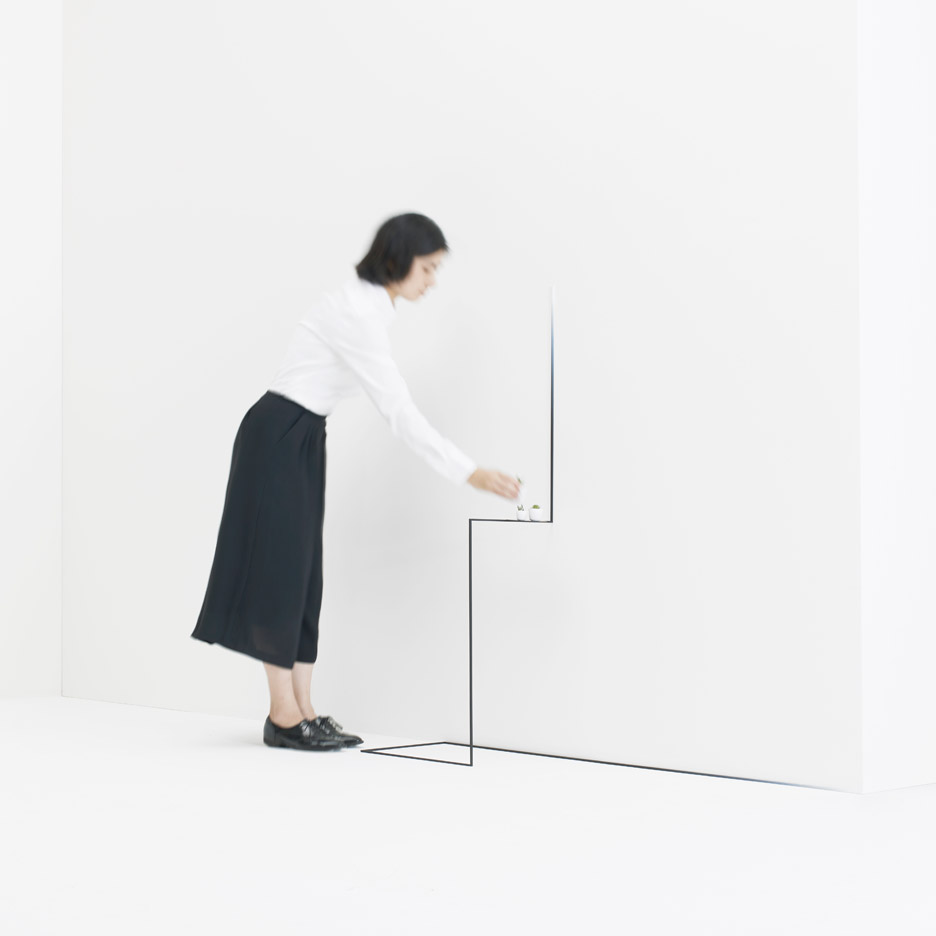 The studio – led by designer Oki Sato – also employed optical illusions to existing a variety of tableware inside the Japanese pavilion at the Milan Expo, and yet again for a stool developed for Italian furnishings brand Moroso that appeared to have missing supports. 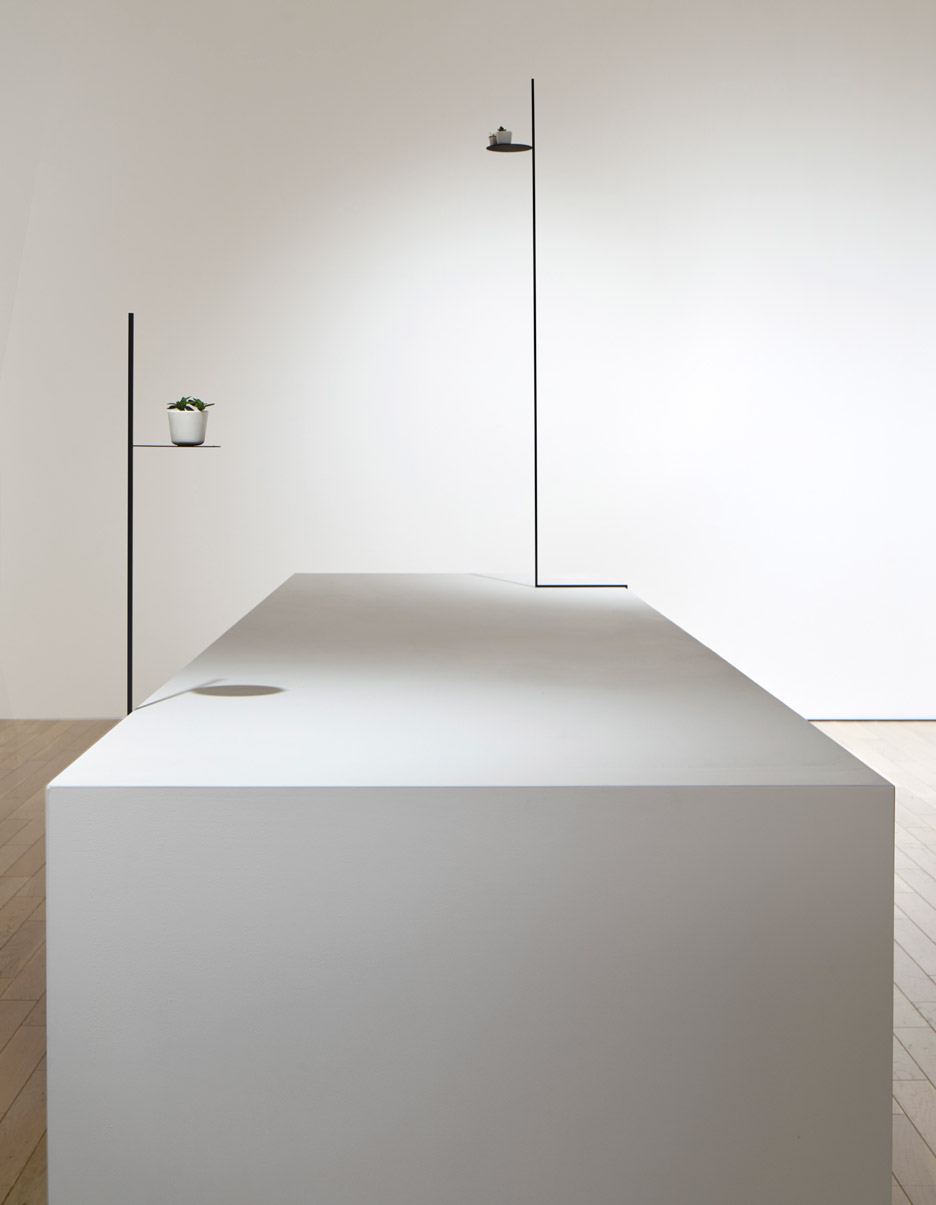 “In the process we took turns in verifying how the furnishings was balanced as it was placed inside the room, as properly as the proportion of the furnishings itself,” stated Nendo.

“The design utilises the element of room as a part of its structure by ‘parasitising’ on to the corners or edges of the walls, the side of the floor and exhibition stands.” 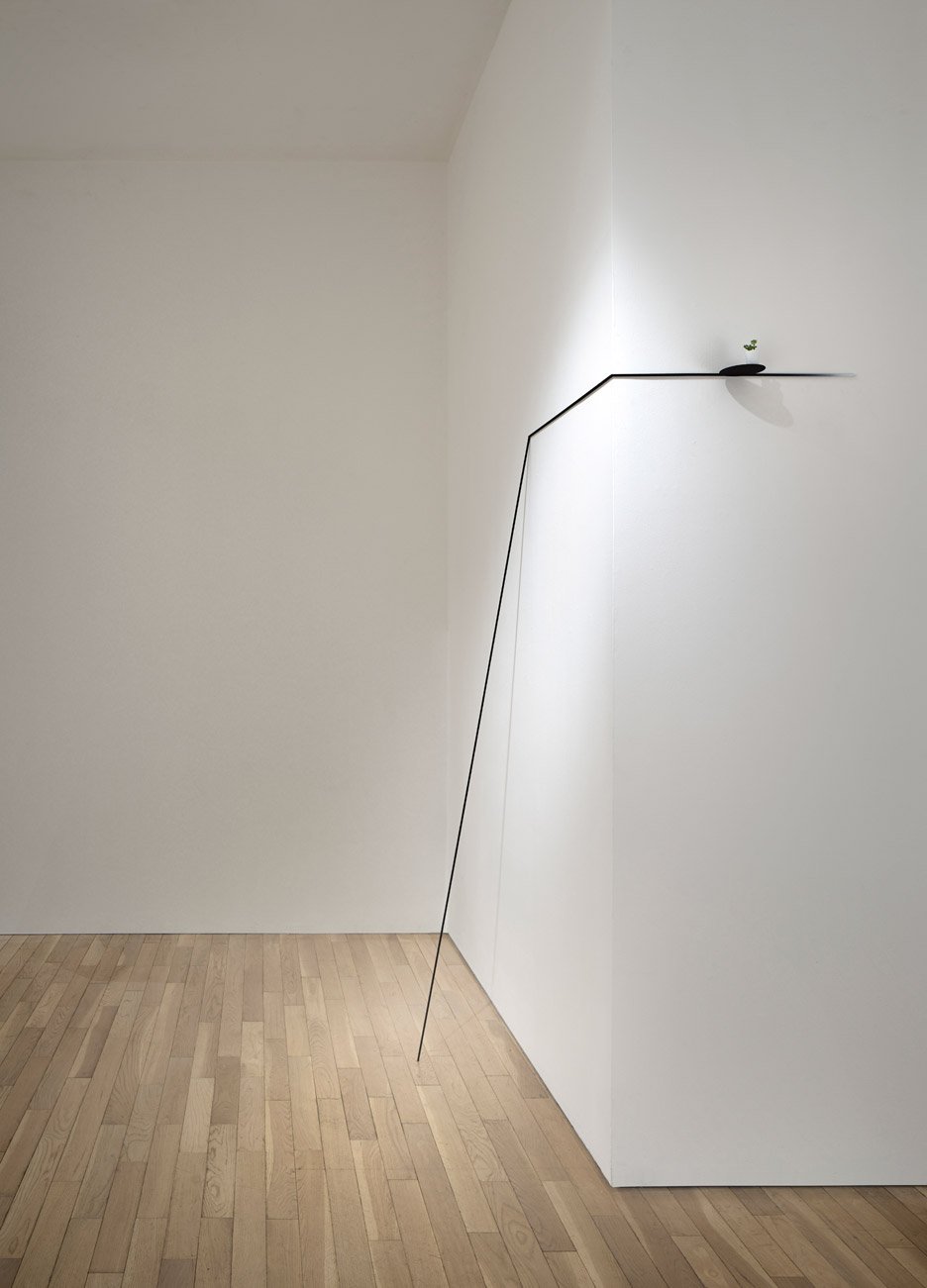 The exhibition opened on 6 October 2015 and continues right up until 28 October at the Eye of Gyre gallery in Omotesando, Tokyo. It is component of a trio of Nendo solo exhibits, every single arranged all around a distinct theme. 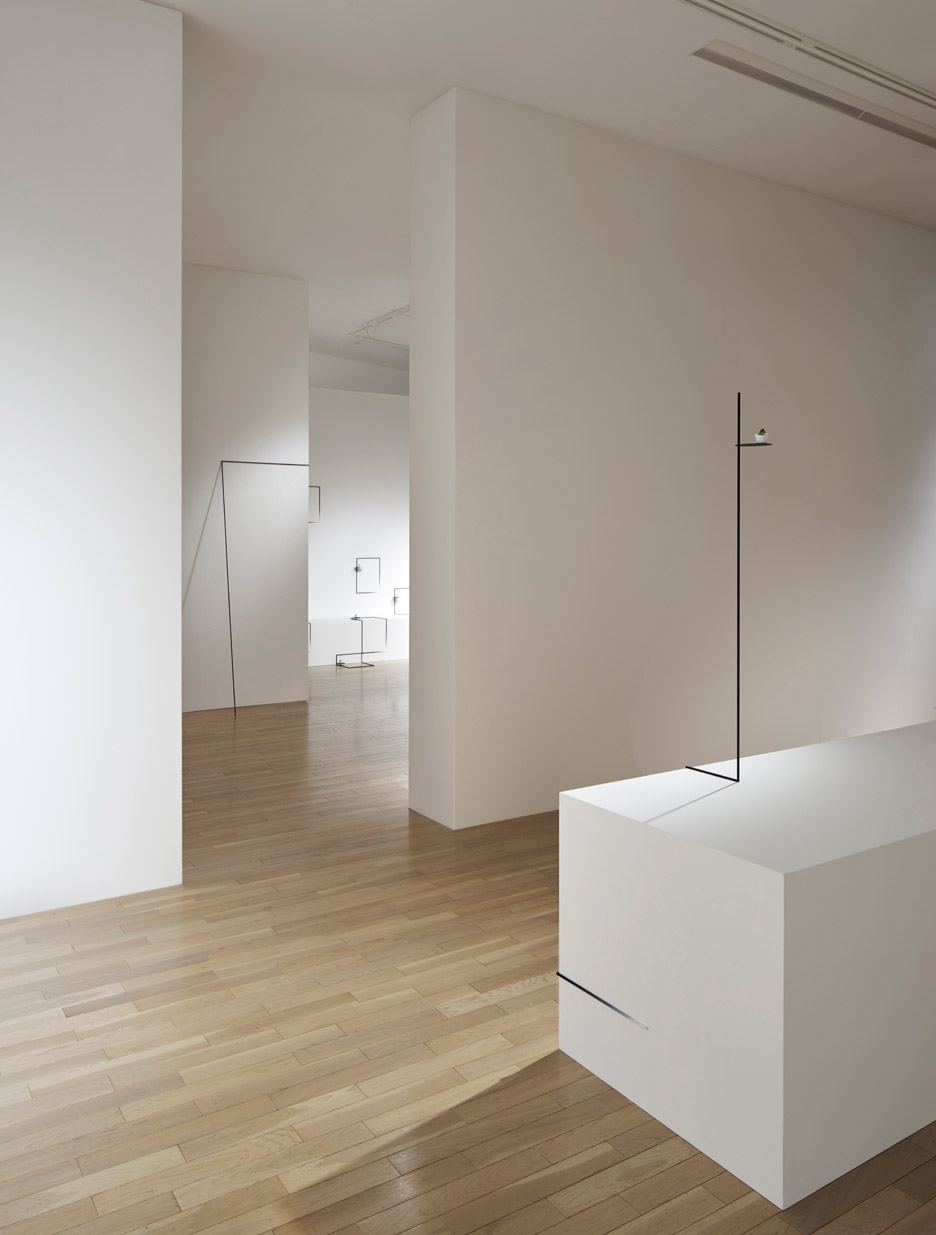 Earlier this 12 months, an exhibition in Milan presented a lot more than one hundred goods designed by the studio over the past year, which includes previously unseen pieces.

Photography is by Hiroshi Iwasaki and Masaya Yoshimura.