Film: in our following exclusive movie with Julia Peyton-Jones, the Serpentine Gallery director discusses the artificial mountain MVRDV proposed for the 2004 Serpentine Gallery Pavilion, which sooner or later proved as well costly to develop. 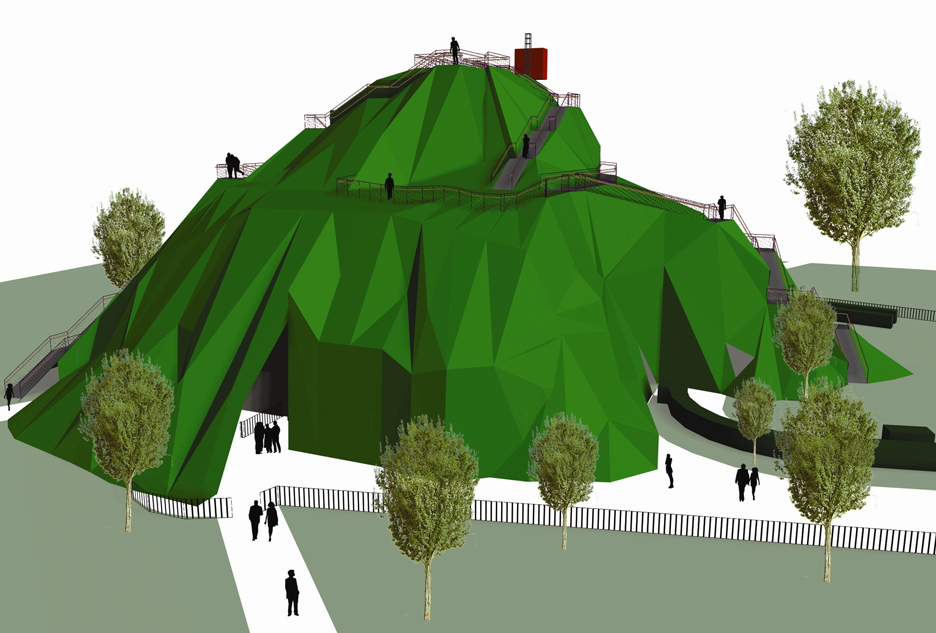 Given that the Serpentine Gallery’s pavilion programme began in 2000, the gallery has built a new framework on its lawn in Kensington Gardens each yr except 1.

In 2004, Dutch architecture company MVRDV was invited to layout a pavilion, but the massive artificial mountain they proposed to construct more than the gallery was in no way constructed. “I believe of it as a heroic failure on all components,” Peyton-Jones says in the movie. “They needed to put a mountain in excess of the Serpentine, so from the outdoors you couldn’t see it at all.”

“It was amazingly pricey. In addition to that, the overall health and safety concerns had been massive. So regretfully – extremely regretfully – we decided it couldn’t go ahead.” Despite by no means being developed, Peyton-Jones believes MVRDV’s design and style is nonetheless a significant contribution to the gallery’s pavilion programme.

“It underscores that some tasks in architecture do not occur,” she says. “We didn’t have a pavilion that year but that’s OK and I have usually felt that it is Ok.”

“We hold it in the run of the commissions, partly because my personal investment of time was so important that I truly feel it has to be there. Partly due to the fact the scheme was extraordinarily properly worked up. We worked on it actually hard.”

Site visitors would have been ready to walk up and down MVRDV’s proposed framework, as nicely as coming into within to go to the gallery inside of it.

“MVRDV have been the youngest practice that we had commissioned up to that time and they came up with a scheme that was incredible and brave audacious and grand,” Peyton-Jones says. “It was the initial time that the architects really wanted to obliterate the gallery.”

“They are extremely distinguished architects, so I am proud they are portion of the undertaking. I am disappointed that we couldn’t do it, but that’s how architecture is.” Dezeen is hunting back at each of the pavilions from 2000 to 2015 in a series of films. You can observe all the motion pictures as we publish them on our YouTube playlist:

Have The Traditional Dining Room Design Ideas For Your Home