Swaths of crumpled tracing paper cocooned the interior of this pop-up bar in a Japanese gallery to transform the space into a cozy cave . 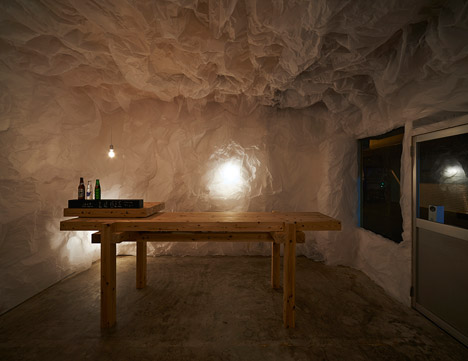 Nearby studio Naoya Matsumoto Design created the tiny Yorunoma bar behind a typical glass shopfront in the Abeno-Ku ward of Osaka.

The pop-up venue, which ran till August, was part of a summer season programme at Abenoma – a gallery that occupies a row of converted homes in the city. 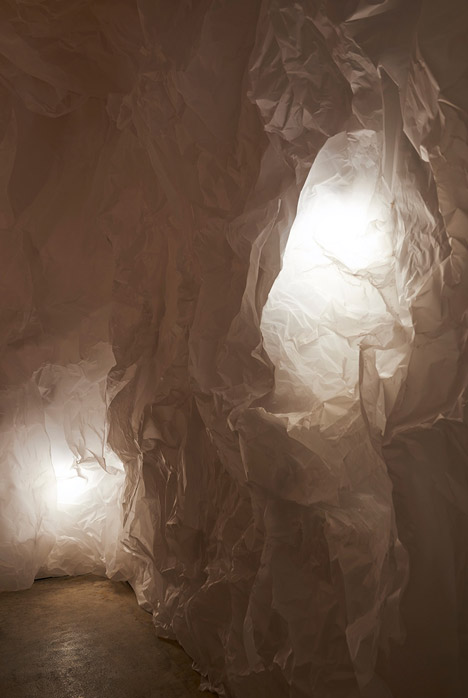 The crinkly surfaces were formed from lengths of rumpled tracing paper, sculpted by the designer and neighborhood residents to accomplish a textured, rock-like appearance across the angular walls and ceiling. 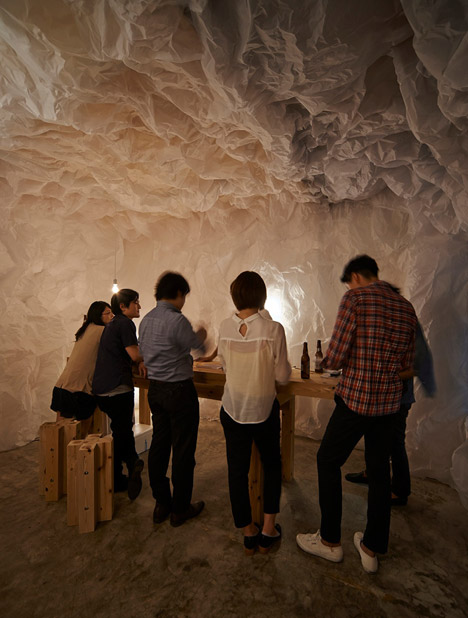 “It is enjoyable to crumple paper and anybody can do it,” said Matsumoto, who invited nearby residents to twist and scrunch lengths of the translucent tracing paper. 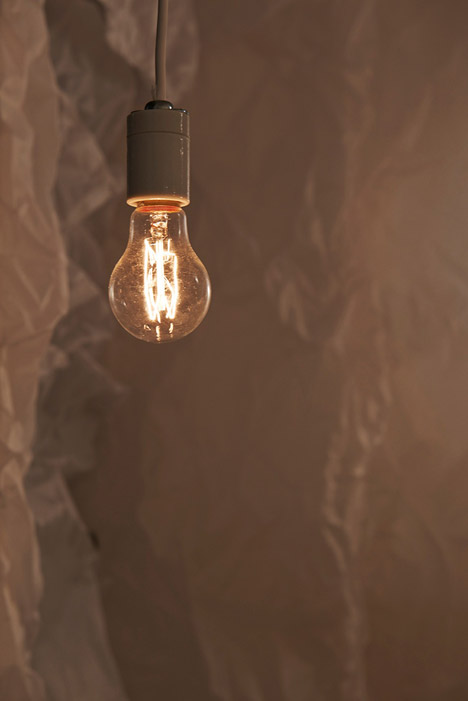 A mottled concrete floor contributed to the subterranean look of the space, and was sparsely lit by just a handful of unshaded bulbs. 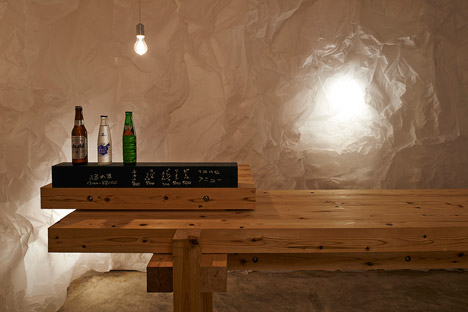 The dim lighting developed pockets of light and darkness, and accentuated shadows in the crevices of the wrinkled paper. 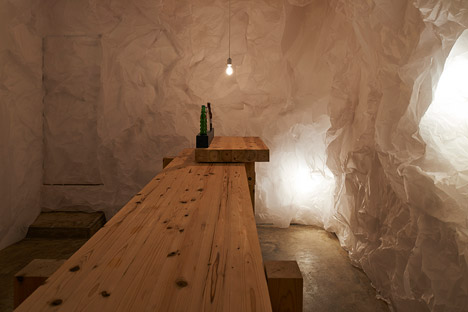 Nestled in the centre of the space, a thick wooden table supplied a serving bar for patrons, surrounded by cross-shaped stools. 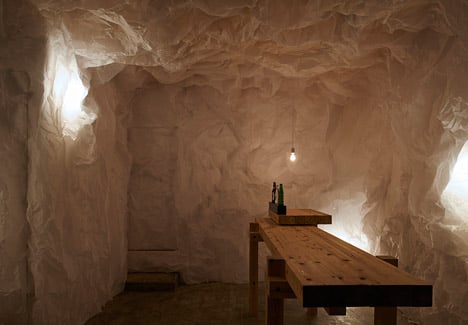 The venue was designed as an evening meeting space where visitors could share meals and drinks, but also to host daytime workshops, like a series of paper aeroplane and origami classes. 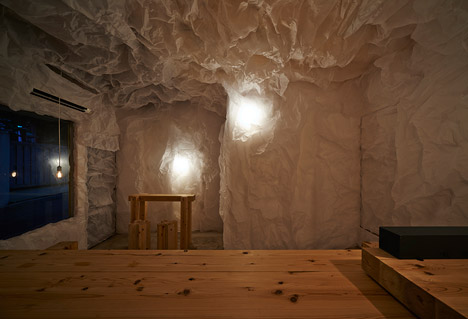 The designer hoped residents’ involvement in the construction process would lend a higher sense of ownership to the space, and to encourage participation in the gallery’s programme. 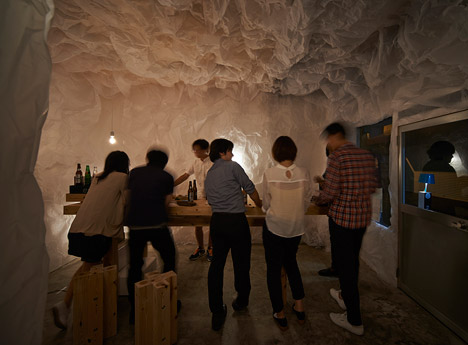 “This large space made by paper is like a secret base and turns into a bar at night,” stated the designer, soon after the opening. “I hope men and women get together and make new close friends there and appreciate the space.” 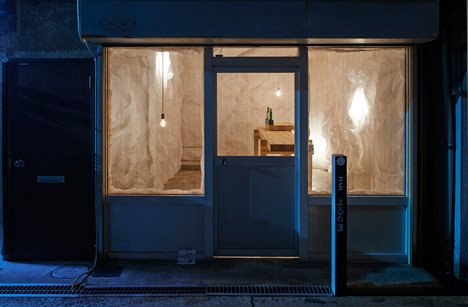 Photography is by Takeshi Asano and Shizuka Takahashi.

Concrete And Timber Retirement House Sits Amongst A Dutch Orchard