Movie: in this exclusive interview, architect Winy Maas of MVRDV explains how the firm developed the distinctive curving arch design of the Markthal in Rotterdam, which opened today. 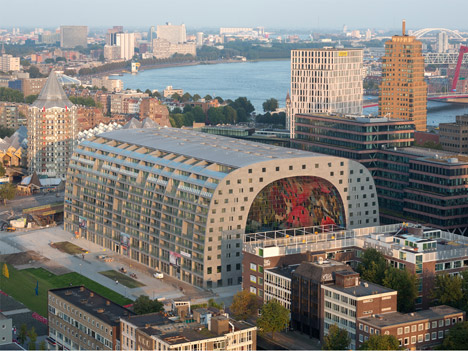 MVRDV’s Markthal Rotterdam comprises a residential complex that arches 40 metres high over the top of an indoor market.

Speaking to Dezeen in Rotterdam just before construction was completed, Maas explained that the building’s unusual shape came about because he thought the initial scheme proposed by the developer was “boring”. 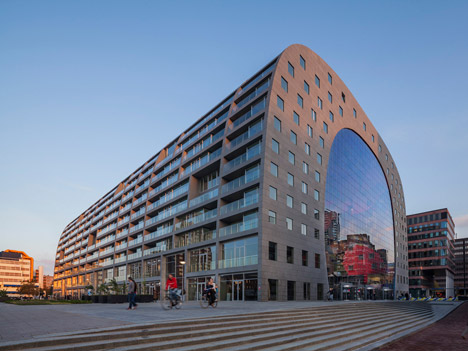 “In the beginning they wanted to have two slabs of houses, with a sort of market in between… so you get a U-shaped volume,” he said. “I said ‘eurgh, that’s boring. Why don’t we twist it?'” 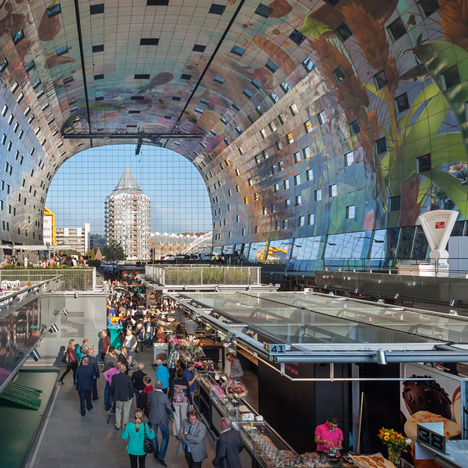 The new form provided more penthouses, a structurally simple arch and plenty of retail units on the ground floor, so the client gave the go-ahead. 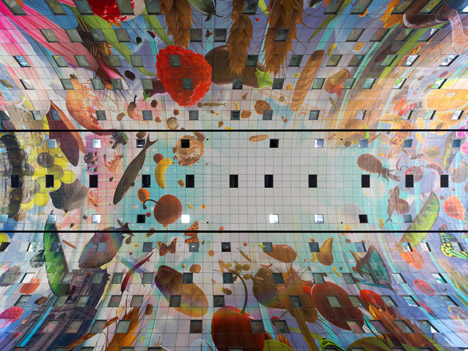 Internal windows in the apartments provide residents with views of the market below, while shoppers can glimpse the people above. 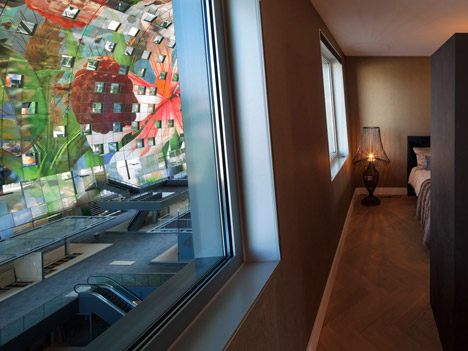 “Every house has a window that look into the hall,” said Maas. “When you’re in the market hall you see urban life. When you go up where the windows are flat you can see people walking over the windows looking down.” 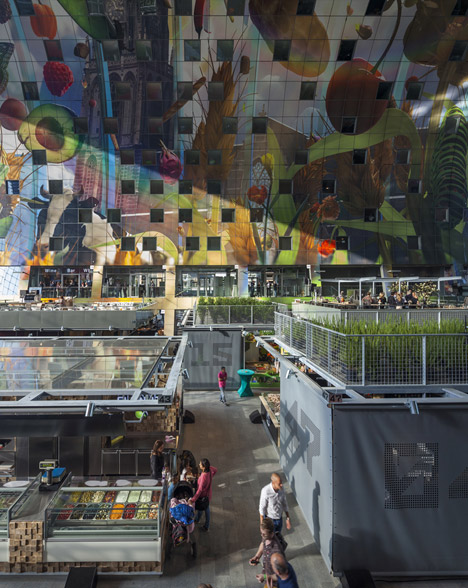 “We wanted to intimise [sic] the relationship with the hall, but when you do that with 250 houses you get a grand scale. Rotterdam needs and deserves a grand scale.” 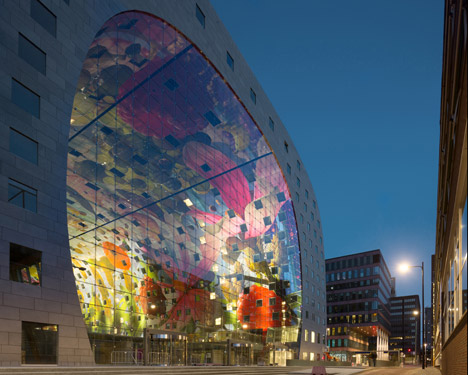 The architects wanted to provide a landmark in the city, as well as a place for people to enjoy culinary experiences. 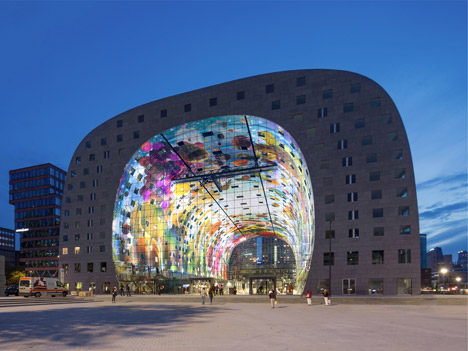 “We decided, with the Markthal, to make it as proud as possible, in a city that longs for living with food,” Maas said.