Bratislava-based MEJD Studio has developed two new lights that look like objects sliced in half – the first features a pendant lamp and bowl that together resemble a water jug, while the second is a table lamp comprising two halves of a brass globe . 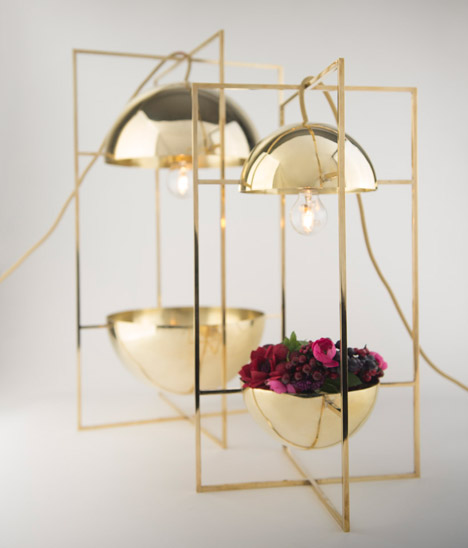 Both pieces in the Loading Collection function as two halves of a recognisable shape.

Jar resembles a traditional ceramic vessel sliced across the bottom to reveal the light within and create a bowl underneath, while Exhibit Light and Bowl is a brass globe sliced across its “equator” and held apart by the brass frame that surrounds it. 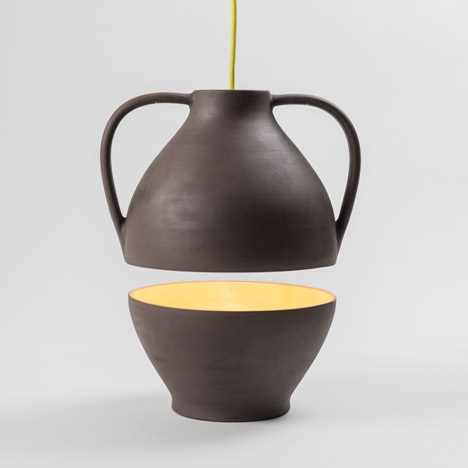 MEJD Studio designed the two pieces to showcase Slovakian and Czech craftsmanship. “The main idea was to work with very typical shapes of the crafts we had chosen and to shift them to new context,” said designer Štefan Nosko, who co-founded the studio alongside Katarína Beličková. 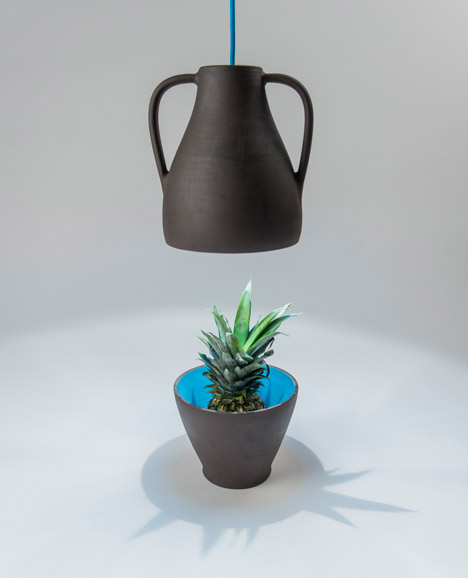 In Jar, the designers took an ancient ceramic form – the water jug – and by cutting the bottom off, created a ceiling light with a bulb placed inside, and a separate bowl designed to sit on a table directly beneath the light, maintaining an elongated jug form. 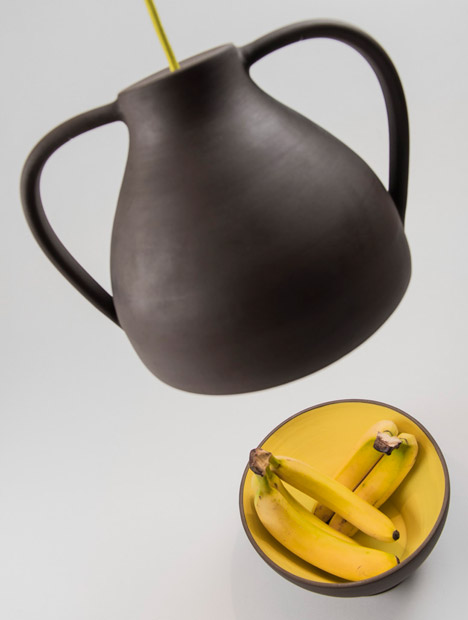 The height of either piece, and therefore the space between them, can be varied. The inside of both pieces is glazed and available in a range of colours. 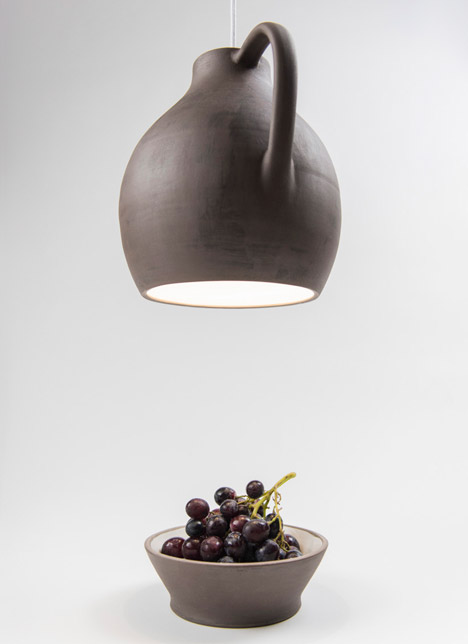 “The first piece shows the very traditional way of pottery making, while using one of the most well-known archetypal ceramic shapes, the Jar, cut in two different products – a ceiling light and a table bowl,” said the designer. 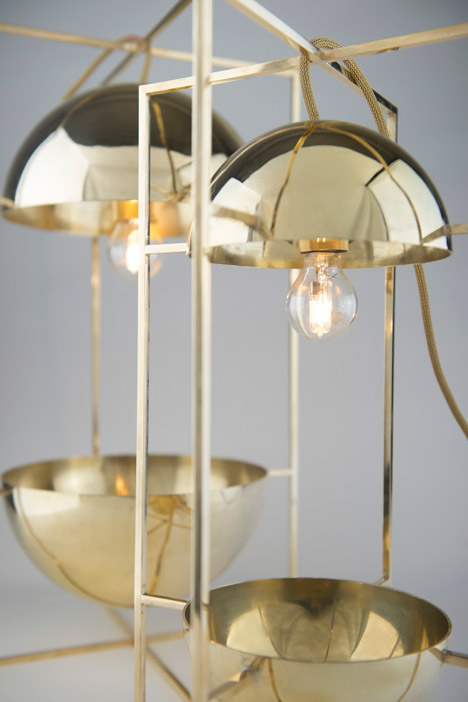 In Exhibit Light and Bowl, a brass sphere is sliced in half and again becomes and light and bowl, but this time the relationship between the two is controlled by a brass frame that holds them a set distance apart. 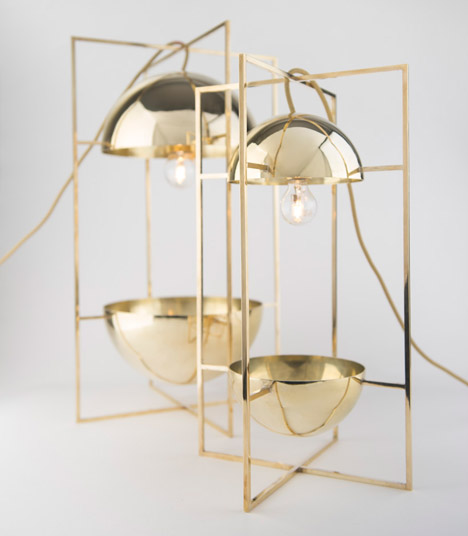 “Exhibit Light and Bowl refers to the principle of museum-exposed ancient artefacts in bounded glass cube or block,” said Nosko.

“Its minimalistic form and shiny polished brass surface refer to the Modern age – the birth of the great Bauhaus.” 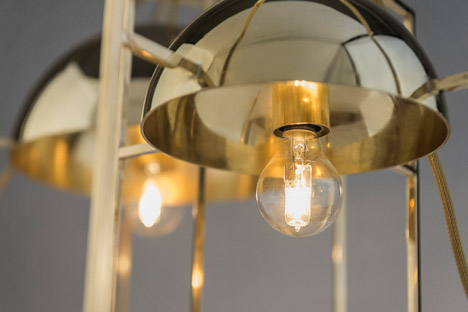 The upper half serves as a shade for the light while the bottom one can be used as bowl for serving food. “The storage space is also good for other stuff like jewellery or accessories,” added the designer. 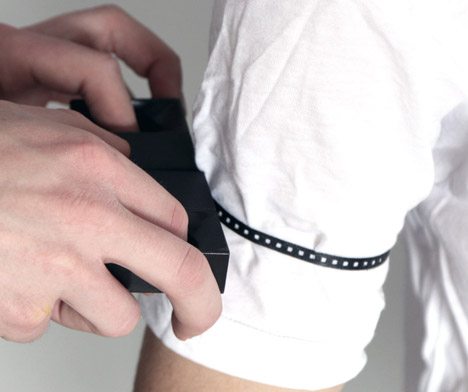