Chicago Architecture Biennial 2015: a capsule exhibition inside of the Biennial’s main demonstrate focuses on the future of Chicago, with proposals including a peninsula on the Chicago River and a landscape of sunken spaces.

Whilst much of the display – which is located at the city’s Cultural Center – focusses on global architects and tasks, the Daring: Substitute Scenarios for Chicago exhibition showcases the emerging and established architects functioning in Chicago today.

It involves 18 projects addressing a range of issues in the USA’s third biggest city, all designed by neighborhood firms or artists and organised by Iker Gil, principal of MAS Studio. 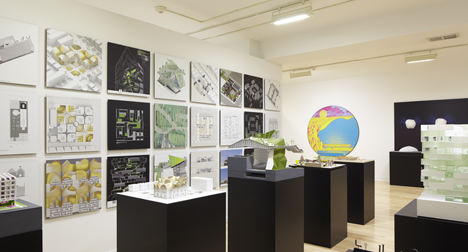 “The exhibition explores alternative scenarios for the city as effectively as the agency of the architect in shaping them,” according to a curator’s statement from Gil.

“The projects document our partnership with vacancy, questioning how we might bridge disparate experiences, and what the romantic relationship in between arranging and informality is, as effectively as uncovering stories hidden in the city through the abstraction of huge information,” Gil adds.

Two huge tasks get on the city’s iconic lakefront. Port Urbanism’s plan, The Massive Shift, would produce hundreds of acres of new land downtown in what is currently Lake Michigan by bending the city’s iconic Lake Shore Drive.

UrbanLab’s Filter Island would develop a new peninsula at the mouth of the Chicago River that would capture, filter, and clean river water just before releasing it into Lake Michigan. The land would be dotted with a series of large-scale bio-cells to purify the water. 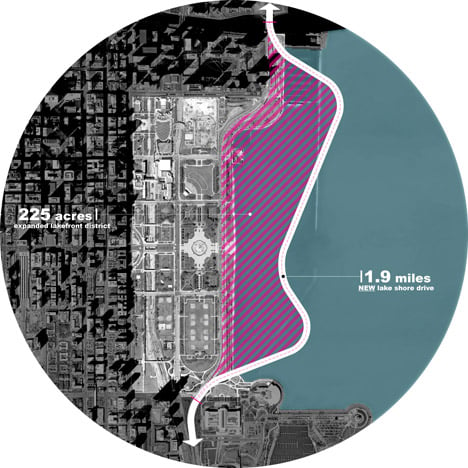 Other projects deal with the city’s surplus of vacant land and higher ranges of abandonment. David Brown convened nine teams to investigate what he calls The Available City – the much more than 15,000 empty tons scattered across the city.

Central Common Office of Design’s task, Lower/Fill, proposes a new topography of amphitheater-like gathering spots indented into the earth and framed by curved homes that mirror the depressions in the land. 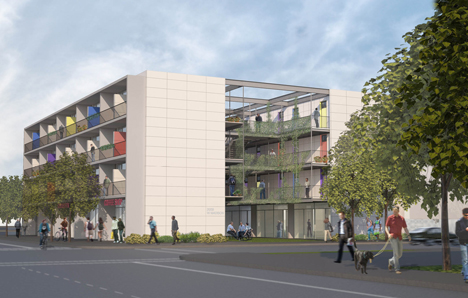 Krueck + Sexton’s Chicago Boogie-Woogie, which will take its title from the Piet Mondrian painting Broadway Boogie-Woogie, proposes a frame framework from which smaller buildings can be hung, including factors over time to reactivate and repopulate neighbourhoods. 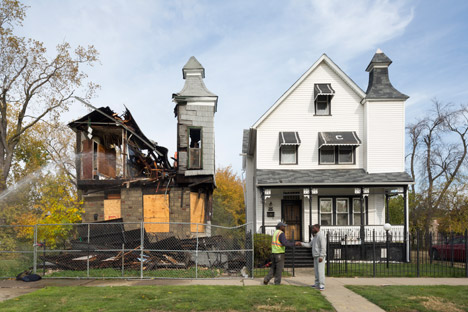 Style With Company’s task called Late Entry to the Chicago Public Library Competition presents an alternative scheme to the 1987 layout contest, which picked the Postmodern design for the Harold Washington Library by Hammond, Beeby, and Babka.

Design With Company’s entry is an assemblage of structures, which includes a miniature version of the now-demolished Brutalist Prentice Women’s Hospital designed by Bertrand Goldberg. 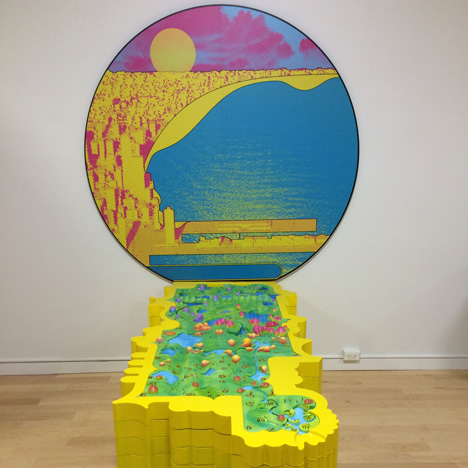 The first Chicago Architecture Biennial – titled The State of the Art of Architecture – opens to the public on Saturday three October with a variety of exhibitions and installations across the city. It runs right up until 3 January 2016.

Speaking at a preview yesterday, the biennial’s curators Sarah Herda and Joseph Grima said that the exhibition aimed to showcase architects who are carving out new ways to practice. 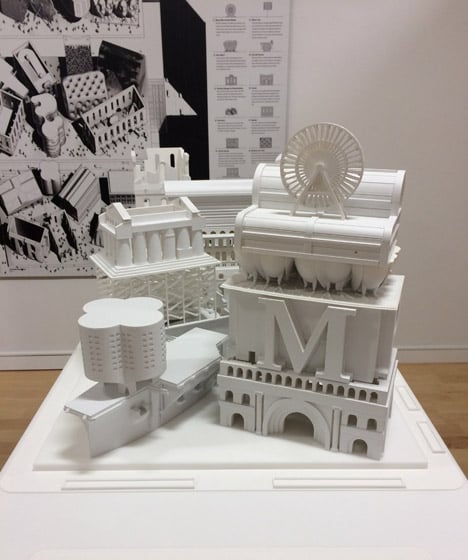 “We actually see the exhibition as a site of experimentation,” explained Herda, who is also the director of the Graham Foundation for Advanced Research in the Fine Arts in Chicago. “This is not a location to appear at photographs of buildings, it is a spot to figure out the potential of buildings,” she additional.