Krueck + Sexton Architects has created a glazed office building in the Florida everglades for the FBI, using restored wetlands to create “a gorgeous moat” for protection . 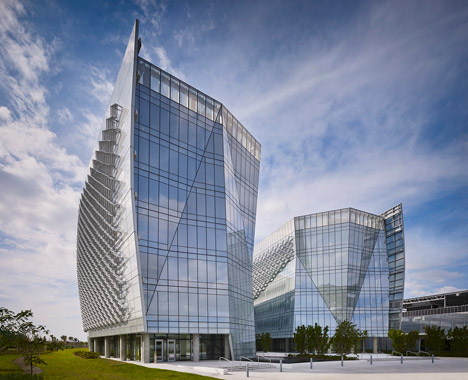 The Federal Bureau of Investigation’s new 7-storey office developing is its central headquarters for South Florida and officially opened in April. 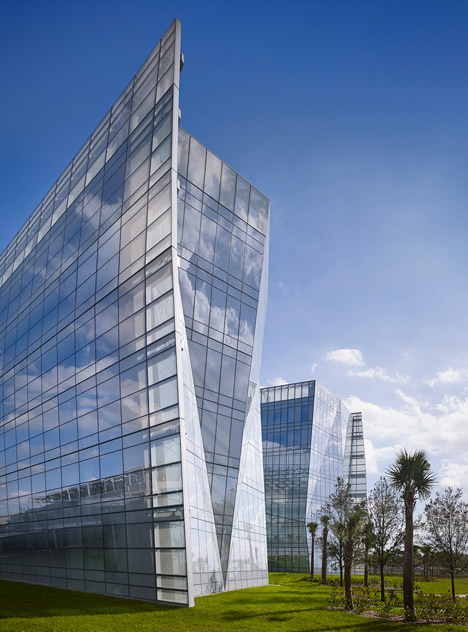 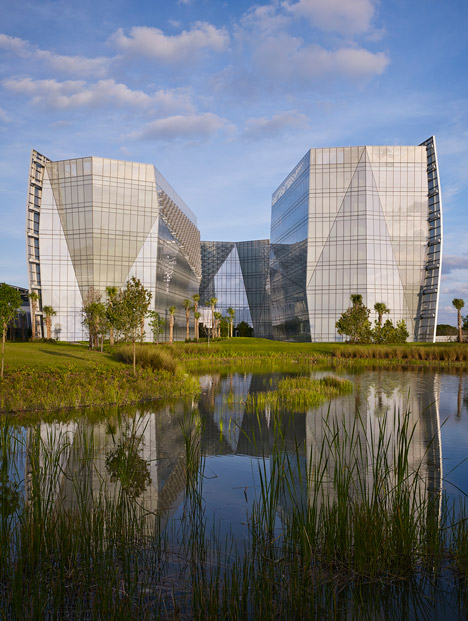 “We were established to make a creating with some inspiration,” said Mark Sexton, principal of Krueck + Sexton. “We made the constructing for the people who work there – not just to meet the needs of the FBI,” he told Dezeen. 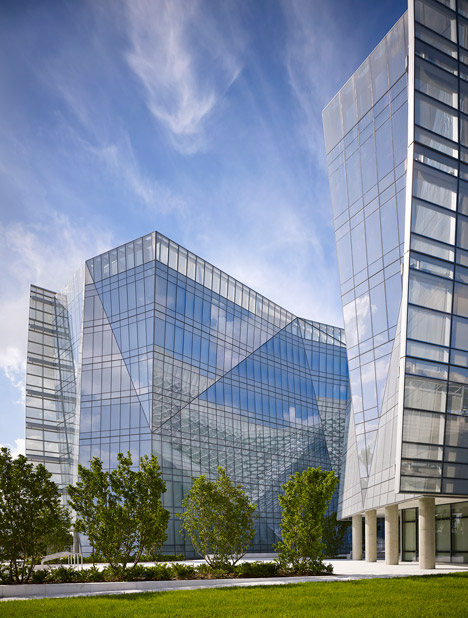 The restored wetland landscape is not only scenic, it also adds a layer of protection. “It really is fundamentally a beautiful moat,” Sexton said. “The water is a natural attribute that is also a deterrent.” 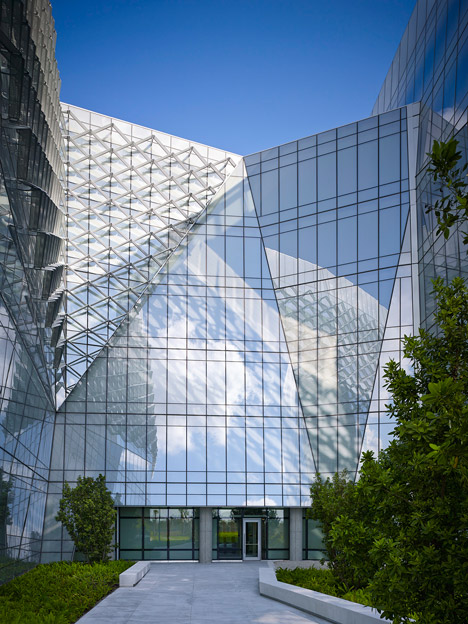 Using the landscape, the architects were able to get rid of the need to have for a lot of of the walls and bollards prescribed by the Federal government for extra safety following the 1995 Oklahoma City bombing and 9/11. 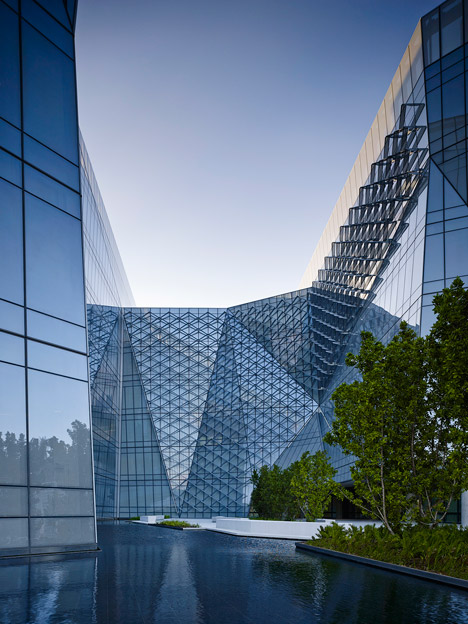 The constructing comprises a pair of curved bars of workplace area joined by a bridge containing the conference rooms and communal places. The H-shaped strategy implies that each employee sits within thirty feet of natural light and views of the wetland landscape. 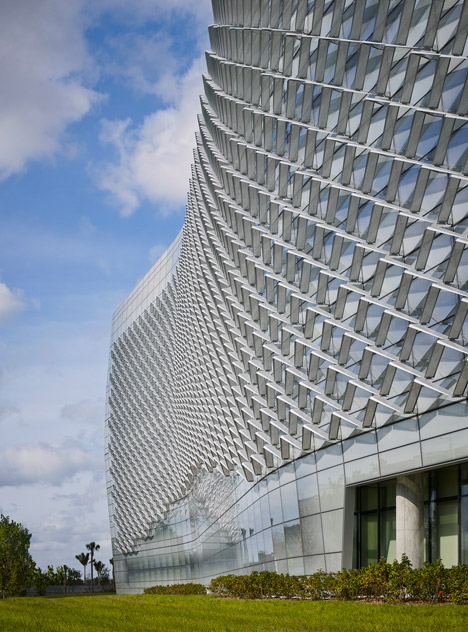 A metal sunscreen shields the building’s south-facing side from the harsh Florida sun, while nonetheless making it possible for views out. 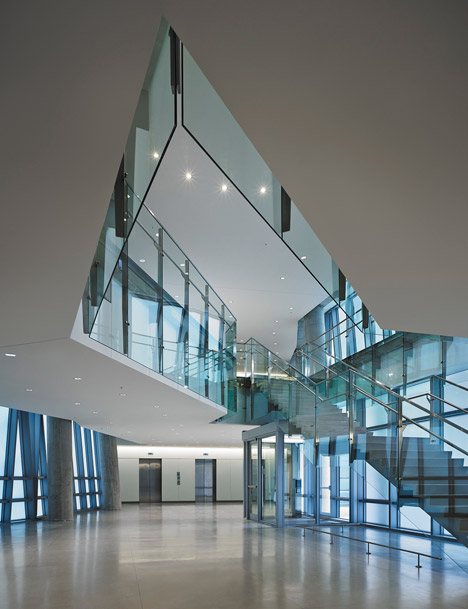 The undertaking was built below the Basic Solutions Administration’s (GSA) Design Excellence system, an initiative that enables smaller sized, a lot more style-oriented firms to qualify for government contracts. 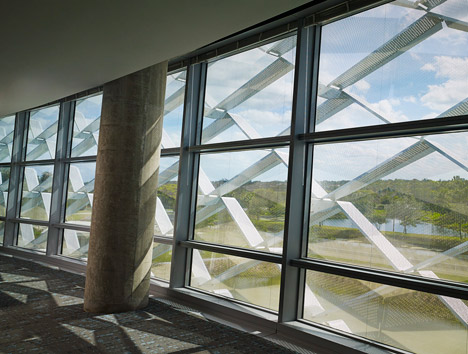 When the GSA chosen the internet site it was lifeless and covered in a thick layer of gravel. “It was what is called an ‘improved site’,” Sexton stated. “That is how they sell genuine estate in Florida.” 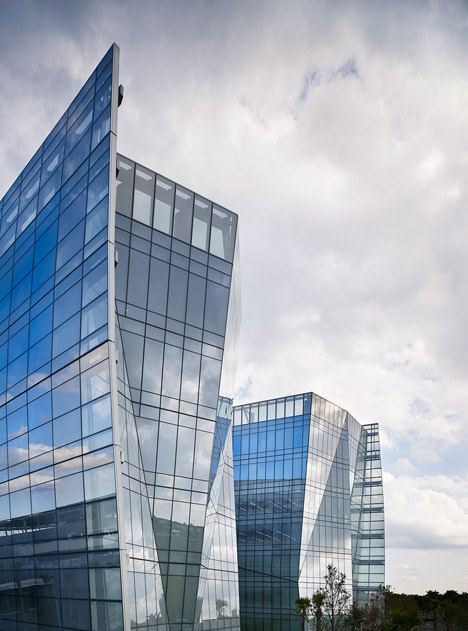 They scraped the gravel from the site and used it to elevate the constructing, and then scooped out the trenches, making it possible for the water, plants, and wildlife to return. Krueck + Sexton worked with nearby landscape architects Curtis + Rogers Layout Studio to restore the grounds to their lush state. 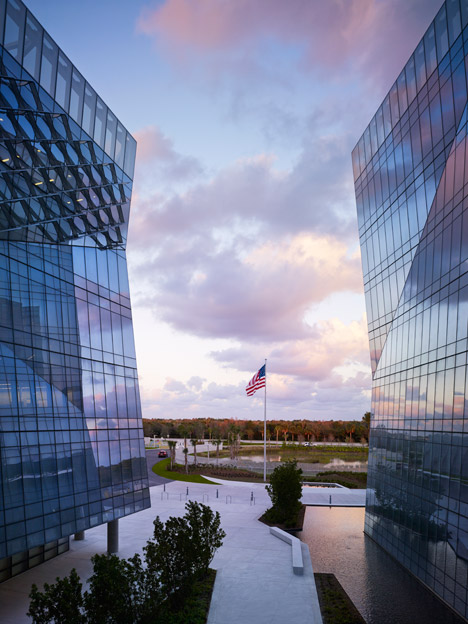 Working with sustainability experts Atelier 10, the architects calibrated the building’s facade to minimize power use and glare, making use of fritted glass and the angled sunshade. Photovoltaic panels leading the parking garage, further lowering the building’s carbon footprint. 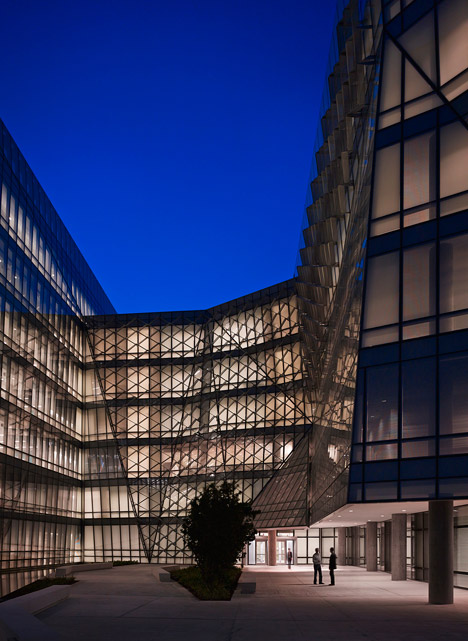 The developing is Kruek + Sexton’s biggest project to date. The modest company is very best known for the Spertus Institute in Chicago, a Jewish cultural centre and museum, which boasts a folded glass facade – the 1st contemporary addition to the Michigan Avenue streetwall in decades.

Photography is by Nick Merrick/Hedrich Blessing.