Inside Festival 2014: architect Joyce Wang explains how she used styles from throughout Hong Kong’s history to design the restaurant that was named World Interior of the Year 2014 in this exclusive video interview. 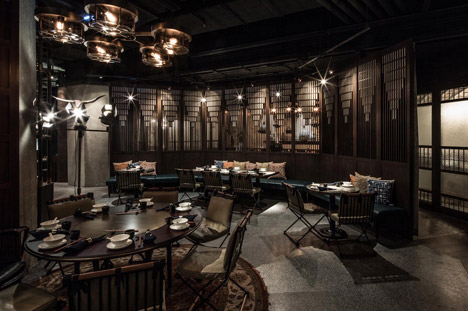 “Hong Kong’s past is a patchwork of imperial Chinese and colonial British influences,” says Wang. “It was important for us that the restaurant had a very Hong Kong feel to it and was true to Hong Kong’s past.” 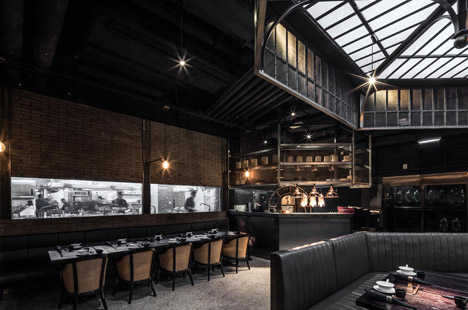 Located in the basement of an office building, the Mott 32 restaurant is divided up into different themed areas. 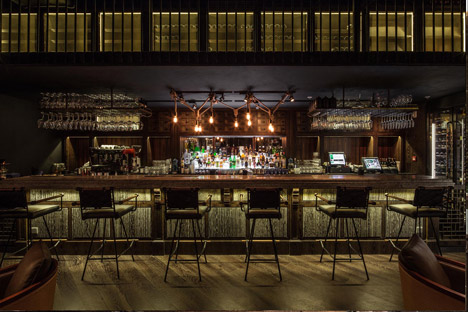 “The bar area is modelled on a traditional Chinese apothecary,” says Wang. “There’s the ‘tangerine room’ with an alcoved ceiling, which is very much suited for gossiping and there’s [also] the Mahjong private room area where we have the face of the Mahjong hostess on the wall, which feels more like a party room.” 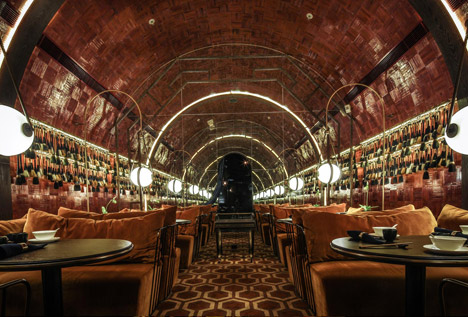 Throughout the interior Wang used chain and rope, which are references to Hong Kong’s fishing history. 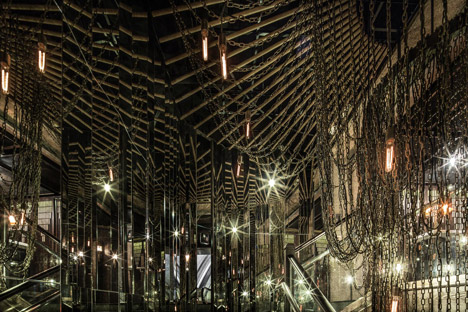 “Hong Kong originated as a fishing village and there are subtle references that people might not pick up on,” she explains. “But if people start engaging with the space that it is something they can be quite proud of, because it is based on Hong Kong.” 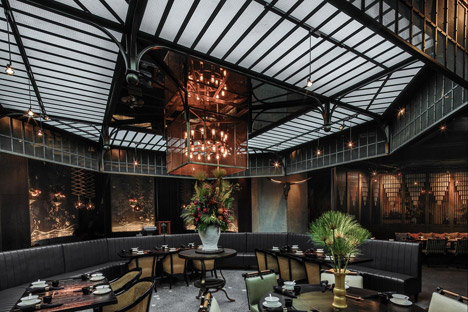 Dezeen Book of Interviews: our new book, featuring conversations with 45 leading figures in architecture and design, is on sale now

“One of the main devices we used to bring our version of natural light in was these octagonal skylights,” Wang explains. “They can simulate daylight and can also be dimmed down to create more of a sexy mood scene for dinner time. They really help create an artificial sense of time.” 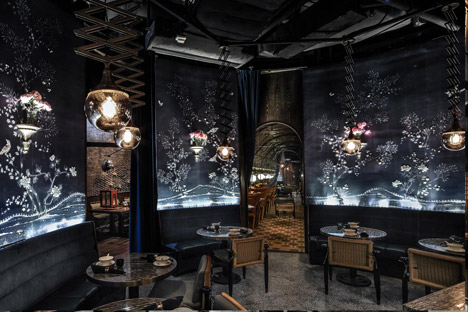 This introduction of light is enhanced by the extensive use of mirrors.

“We created these panelised mirrors on the elevation of the staircase,” Wang says. “As you descend there’s a surrealist feeling of going into a mysterious space.” 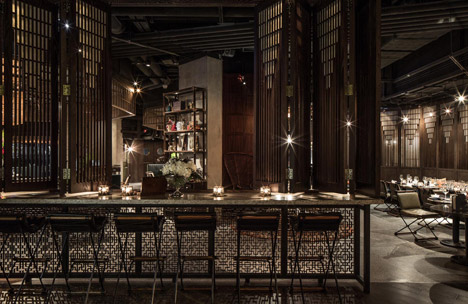 Inside Festival took place at Marina Bay Sands in Singapore from 1-3 October. Award entries for next year’s festival are open from February 2015.