London Design Festival 2015: British designer Ross Lovegrove has designed a variety of aluminium-encased wireless Bluetooth speakers for KEF, based on an earlier design for the Uk audio brand.

The speakers echo the type of Lovegrove’s 2007 Muon speaker – a two-metre-tall loudspeaker with a reflective aluminium exterior, made as just a hundred units globally.

The distinctive “pinched-in” shape of the Muon design is recreated in the Muo speakers’ airhole pattern punched into its aluminium shell – a material selected because it would not develop added vibration. 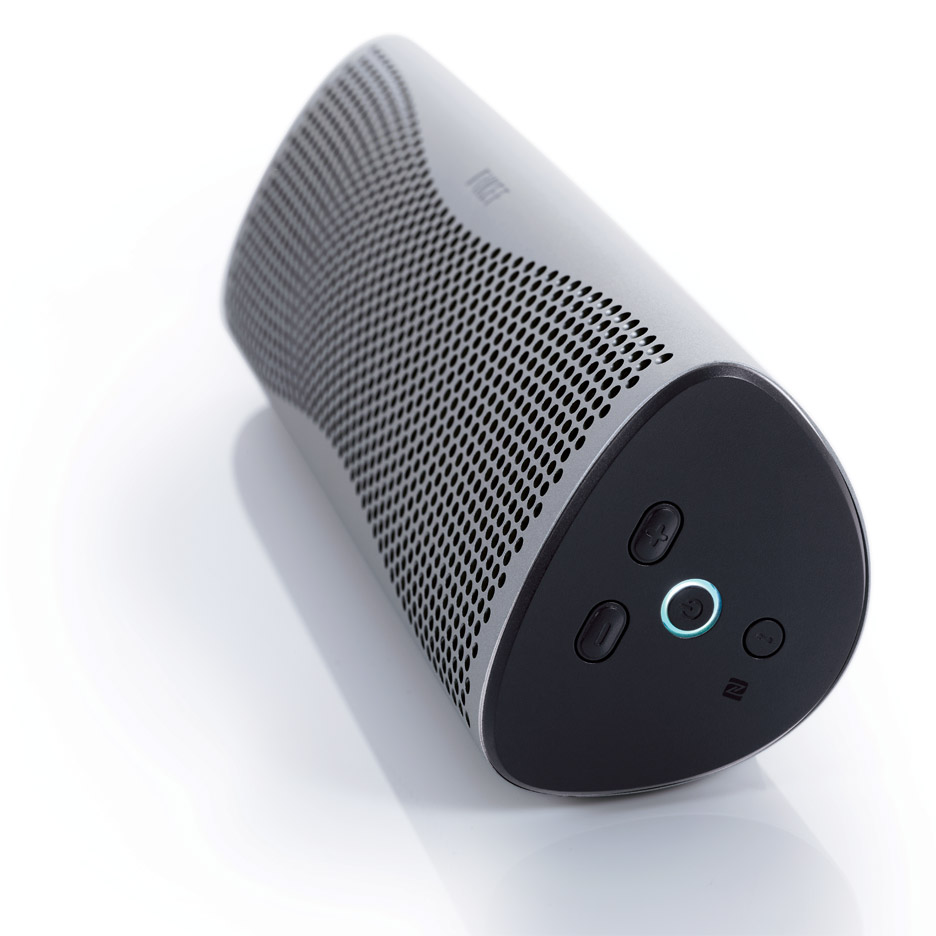 Obtainable in 5 finishes – gold, grey, silver, blue and orange – the triangular-shaped speakers can be stood vertically, or positioned horizontally to rest on soft rubber feet. A sensor within the speaker adjusts the sound depending on how the gadget is positioned.

Volume and power controls are positioned at a single end of the speaker, which has been made to facilitate the very best angle for sound emission.

Even though developed to resemble the original Muon loudspeaker, the Muo layout carries a more cost-effective price tag – £299.95 in contrast to £91,000 for a pair of Muons.

The speaker was unveiled as portion of an installation at Somerset Property for the duration of London Style Festival 2015, which featured a hundred anodised versions of the Muo speakers assembled in front of a Muon loudspeaker. 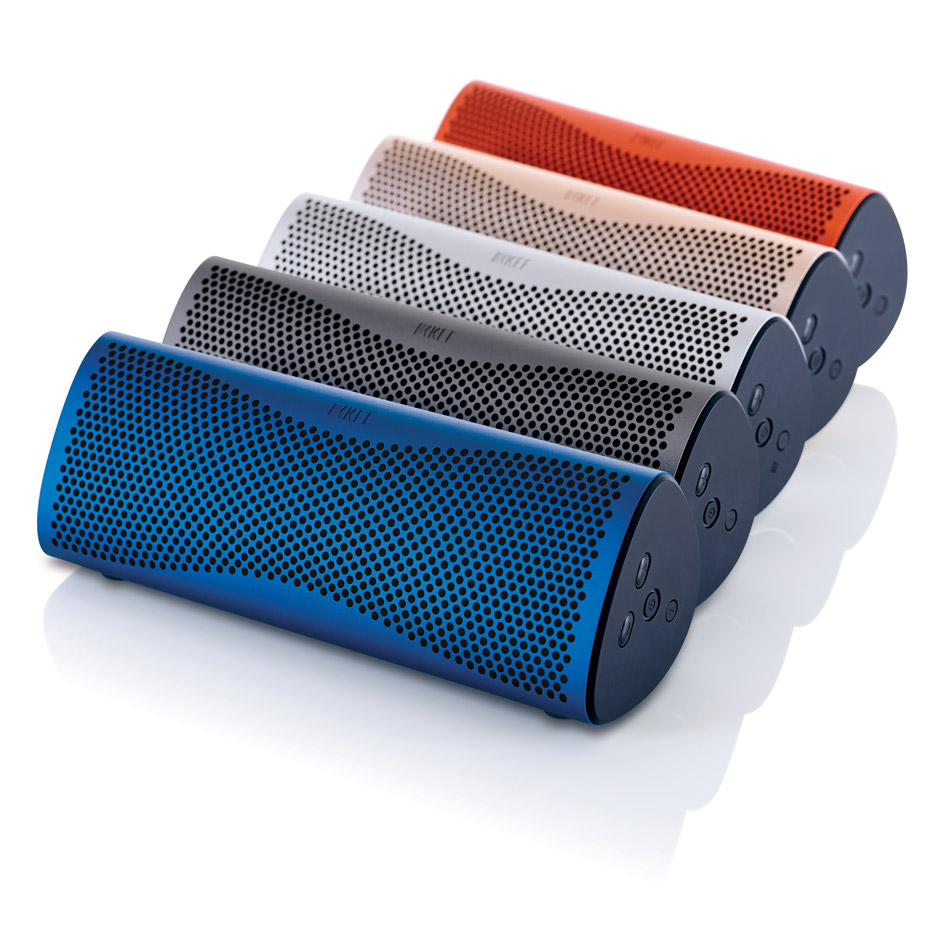 “I took that opportunity to appear at the artwork of sound, so how sound waves resonate by way of the product, so the solution turns into nearly the sound wave,” said Lovegrove, who has been functioning with KEF for ten years, in an interview with London Design Festival.

The festival, which took area from 18 to 27 September, also featured installations by Faye Toogood, Max Lamb and Patternity.

Other speaker designs covered by Dezeen consist of French designer Mathieu Lehanneur’s twenty-sided wireless speaker that can rest on any of its triangular faces, and Finnish brand Unmonday’s white hexagonal ceramic versions that can connect to every other by becoming rolled onto various sides.

Tokyo studio Nendo turned to conventional techniques of manufacturing for its a single-milimetre-thick ceramic speaker, designed in partnership with a classic Japanese potter and decorated with intricate patterns.