These bowls are formed by a robot that injects paths of resin into sand-filled containers, forming solidified objects that are then dug out like ancient artefacts (+ movie). 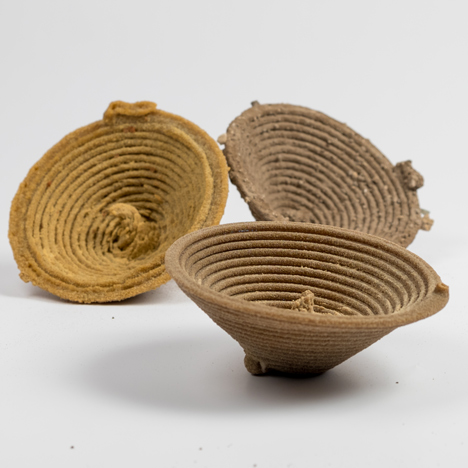 Israel-based mostly designer Jon McTaggart is presenting his Artefact undertaking at this year’s DMY Berlin design and style festival, which kicked off in the German capital yesterday.

The designer began the task to check out the “which means of standard craft in the age of digital style and manufacturing”.

“My function is among digital and material,” McTaggart advised Dezeen. “I do a great deal of code function, and carry it into a material planet – the manifestation is generally some type of bodily knowledge.” 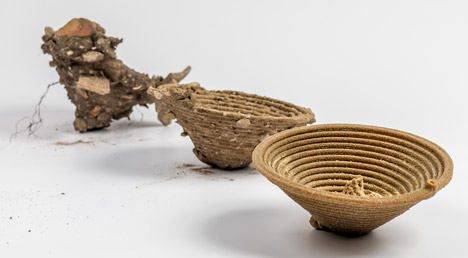 His commencing point was to collect sand from the ground outdoors his workshop, making certain to depart in all pebbles and stones.

“Each variety of sand and earth is littered with imperfections,” he explained. “They capture and symbolise a materialistic second of time of a provided area when utilized as the base material of the objects.”

He began the experimentation by hand, pouring resin in excess of a pyramid of sand and enabling a form to kind as it dripped down the sides.

“For me, that began to speak about parameters, the parameters usually transformed the last form,” mentioned the designer. “I believed I would like to explore it in a digital surroundings.” 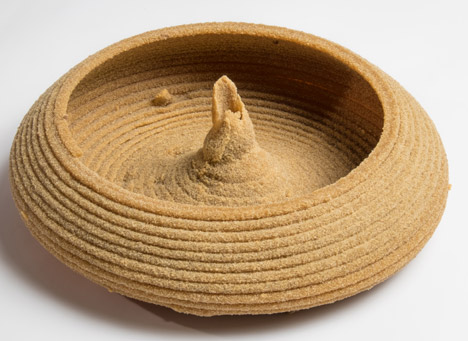 Functioning with the Grasshopper parametric style computer software, McTaggart programmed a script for an industrial Yaskawa robot – a lot more commonly employed in the car sector for welding.

“I built a canister with air pressure to pump resin into the sand, which is connected to the end of the robot and moves 20 centimetre beneath the sand surface,” he explained. “You can not truly see the piece being made, but the approach takes about 3 minutes per object.”

The resin is then left to solidify and the piece is excavated from the sand when it is dry.

“You get linked to the object due to the fact you have to dig it out,” he said. “Even even though I roughly know the shape the object will take, it changes based on the sand inside of the bucket.” 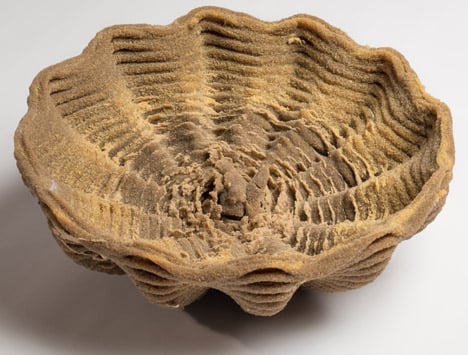 McTaggart started the venture 6 weeks ago, and has given that created 13 objects making use of the strategy. He programmed the robot to kind different shapes in the sand, resulting in a varied set of sculptural bowls.

Planning to carry on his experimentation of materials combinations, the designer believes the strategy could ultimately be utilised within the food market. 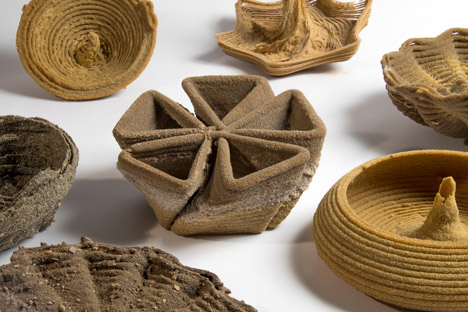 McTaggart has previously worked with Christian Ferrera to produce a wall-mounted graph that visualised digital information as kinks in a piece of thread.