Japanese architect Jo Nagasaka stripped away the walls of this inherited house in Tokyo, revealing an arrangement of timber columns that give the residence an unfinished appearance . 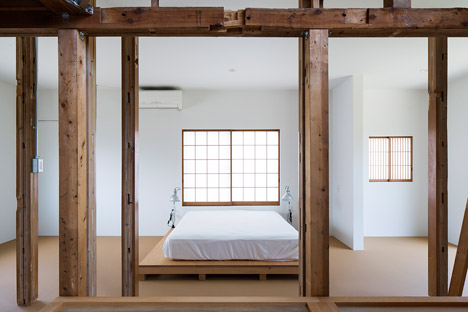 Nagasaka and his firm Schemata Architects were asked to refurbish the two-storey house in the city’s Kawaguchi district.The timber-framed residence called House in Hatogaya was the childhood home of the client and had recently been inherited from his father – who was the original designer. 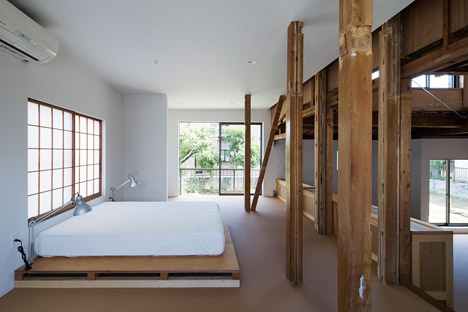 The house was originally subdivided into a tight warren of rooms to fit the maximum number of private spaces within the layout.

These were fitted out with oddities including an arched stained-glass window and a patch of ornamental wooden flooring. 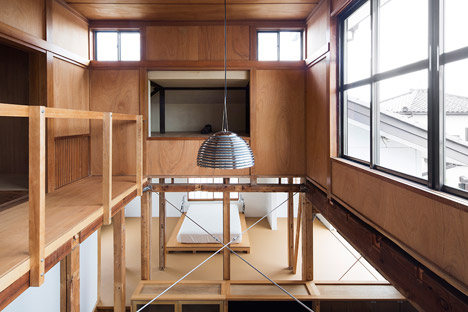 “It was built during the time of social and population growth when nobody imagined current social issues such as vacancy resulting from population decline would arise,” said Nagasaka. 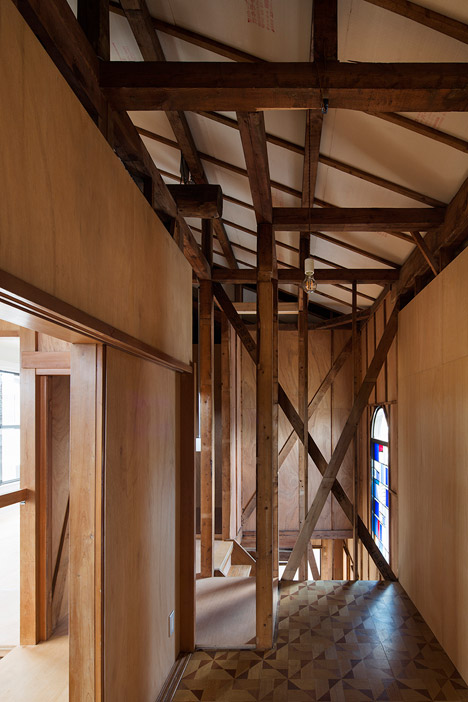 To create a more contemporary living space, partition walls were knocked through and the supporting framework left exposed. 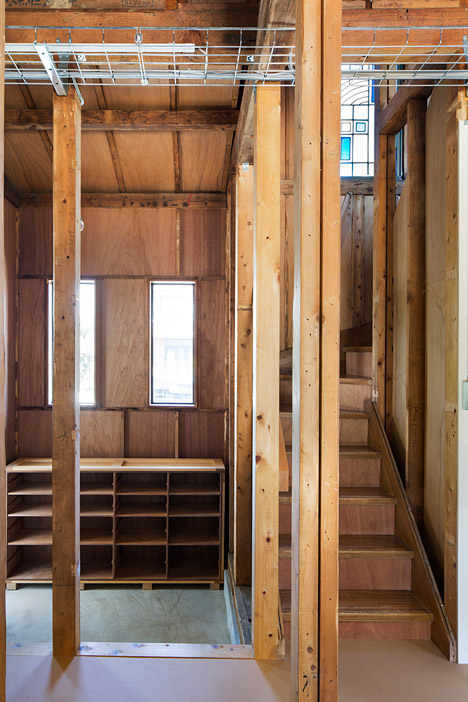 The traditional distinctions between private spaces such as bedrooms and living rooms were removed to create an open-plan arrangement on the ground floor, where the master bedroom is open to the kitchen. 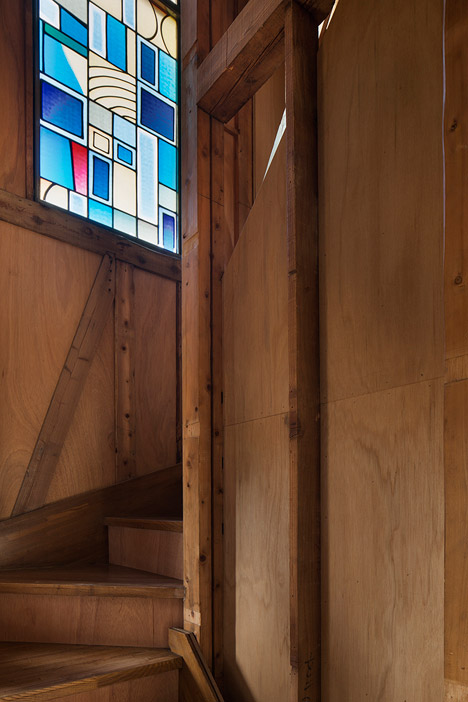 “Each room had a different taste, with particular details and uniquely shaped windows,” said the architect. “Accumulation of such strong intentions or love for the house felt a bit too heavy.”

“In order to alleviate such heaviness, we removed some of spatial components, sorted out some components with common characters and created a sense of integrity – which is a new form of love – we intend to present in this house.” 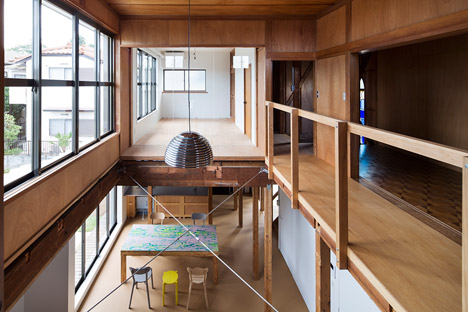 The walls were lined in panels of pale timber that reframe the existing windows, while a section cut through the upper floor creates an atrium overlooked by two further bedrooms. 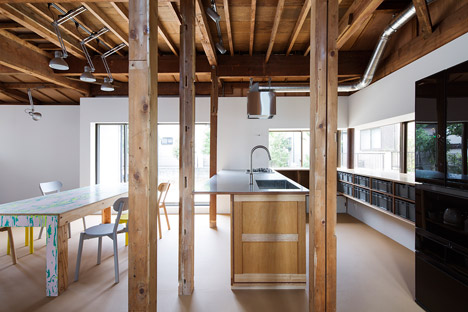 “We punched out a floor of a second-floor room to create a void connecting all rooms, which had been separated behind closed doors,” said Nagasaka.

“The void mediates between the first floor, the mezzanine, and the second floor, re-configuring spatial relationships throughout the house.” 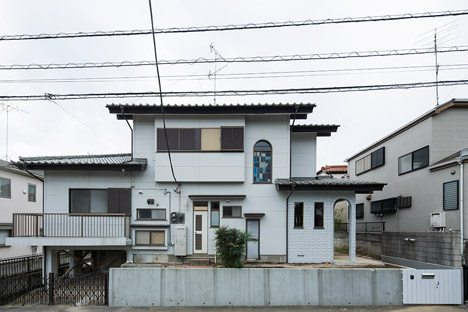 This unfinished aesthetic has become a trademark of the Tokyo-based studio, who earlier this year used shipping palettes to construct Vitra’s stand at the Salone del Mobile design fair in Milan. The firm has also recently completed a Tokyo rice shop filled with boxy plywood fittings and an artist’s studio with an indoor garden.