Antenna Style launched a new range of goods for American company Knoll at the NeoCon furnishings trade demonstrate in Chicago earlier this month. 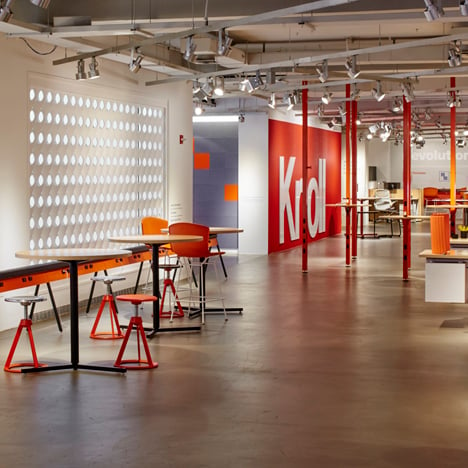 The studio was founded in 1997 by Masamichi Udagawa and Sigi Moeslinger, with the intention of making basic and trustworthy goods.

“Being straightforward, productive and truthful is actually important to us,” Udagawa informed Dezeen. “If issues are basic, then people can believe about how to use them more dynamically.”

The duo is best known for its transport projects – Antenna Design and style was behind the redesign of New York’s subway autos and ticket machines in the early 2000s, and also created new examine-in kiosks for airline JetBlue. 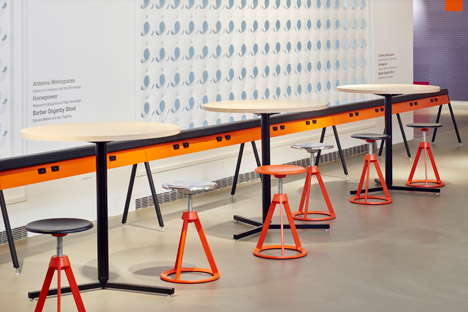 They first teamed up with Knoll in 2010 to generate the Antenna Workspaces, a modular office method manufactured up of partitions, storage and tables. The program was created to introduce far more flexibility into open-program workplace environments, responding to shifting and more and more varied operating habits.

Of the 15 products in this slideshow of furniture presented by Knoll at NeoCon 2015, two are new launches by Antenna Design – a multifunctional energy-port stand and a flexible space divider.

Connected articles: see all our stories from NeoCon 2015

Horsepower is an A-shaped stand that incorporates a row of electrical power ports. It can be employed as a seat, a desk support, a display display or a partition. 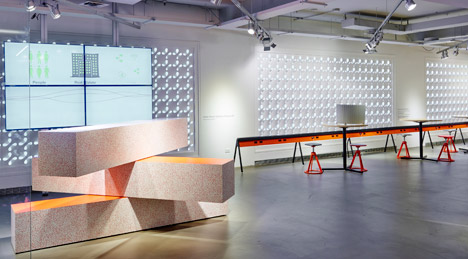 Pop Up is a versatile screen manufactured from a rubber-like materials that can be utilised in a range of methods to divide workspaces.

“It was critical for us that all of the items introduced by us captured Antenna’s spirit and introduced them to what Knoll was already offering,” Moeslinger explained.

The new pieces have been exhibited alongside Antenna Design’s other pieces for Knoll, which includes Antenna Workspaces. 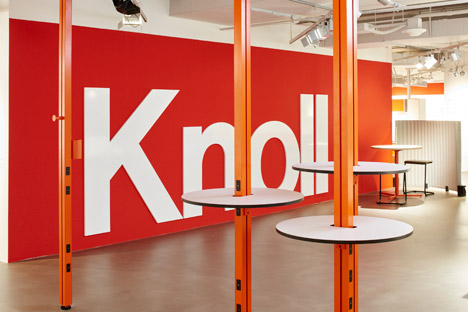 Knoll also previewed a collection of Africa-inspired textiles by architect David Adjaye at NeoCon, which will launch this autumn.

The variety is made up of nine patterns, every influenced by pieces from the David Adjaye Selects exhibition that opened final week at the Cooper Hewitt museum in New York.