The project continues the Berlin-based designer’s collaboration with KLM, which began in 2011 with her Planet Business Class cabin interior for the Dutch carrier’s Boeing 747. 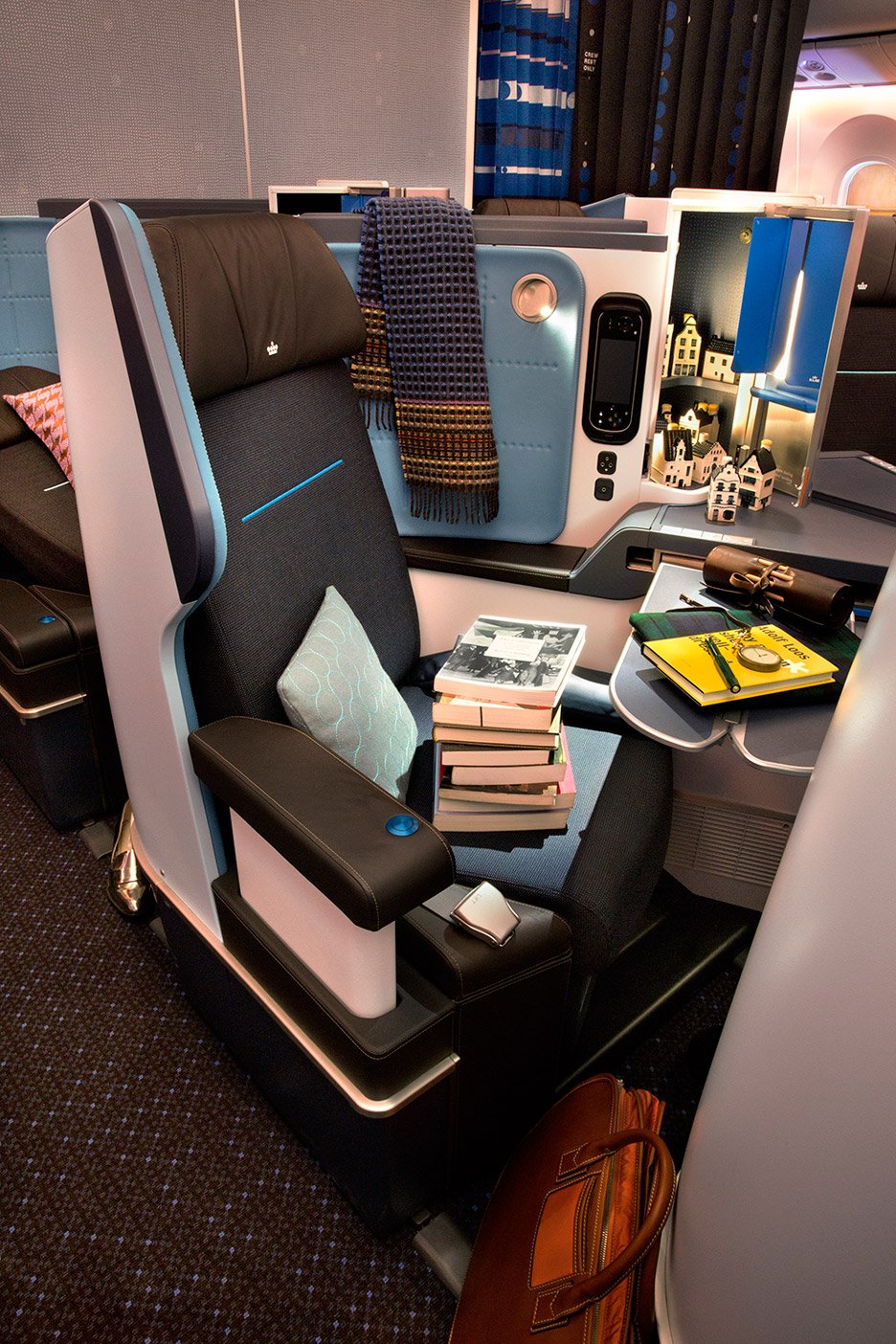 Jongerius worked with colour and texture to create a much more personal experience for passengers on board the Dreamliner aircraft.

“Air travellers typically feel like insignificant cogs in a well-oiled machine, exactly where every seat is identical except for the variety,” mentioned a statement from the designer’s studio. “Jongerius focused on enhancing the passenger knowledge, by creating a homelike environment with warm, varied colors and replacing plastic with other supplies that have more appealing textures.” 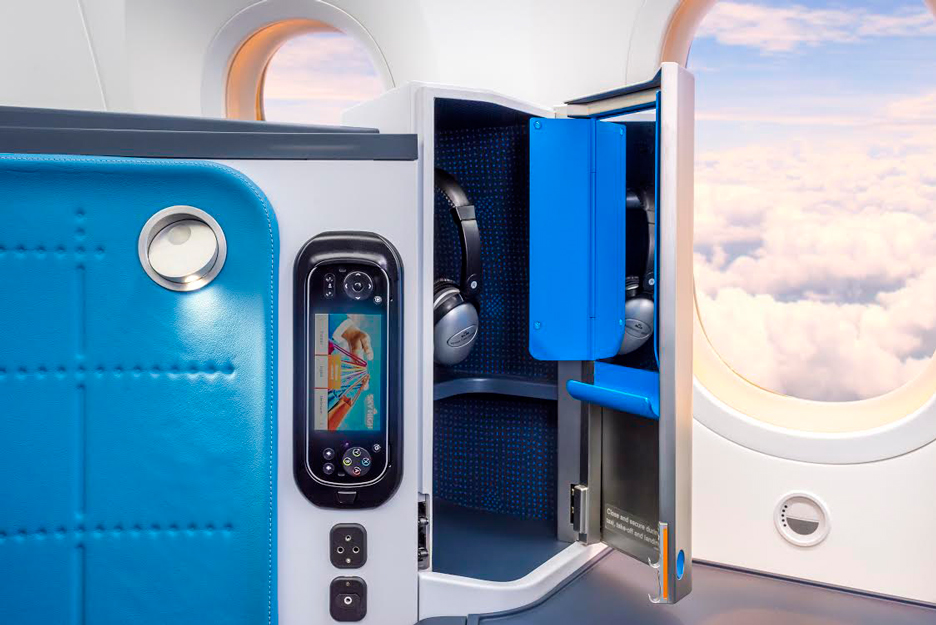 Jongerius’ cupboards for enterprise class, which include specially created mirrors

“She strove for aesthetic unity, steering clear of conflicting signals and offering a fresh, contemporary search,” the studio added.

Grey panels dividing the cabin appear to be patterned with irregular dots from afar, but every dot is uncovered as a small drawing of a passenger when viewed up close. 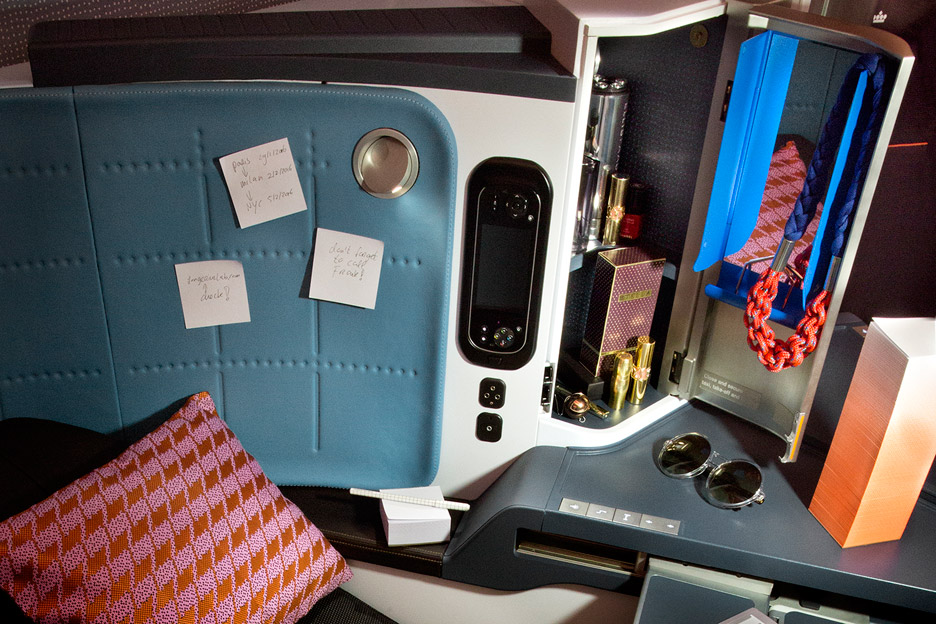 “This pattern is primarily based on images of numerous different travellers, transformed into line drawings to generate a far more abstract image,” said Jongerius’ studio. “They are people of all ages and cultures, headed for several diverse locations, each and every with a special story to inform passengers who gaze at the dots during their flight.”

The carpet utilised all through the aircraft combines waste wool with recycled cabin crew uniforms.

Enterprise class seats characteristic “cushioned ‘ears’ for snuggling up against”, which are designed to appear like residential furniture and can be adjusted for comfort. 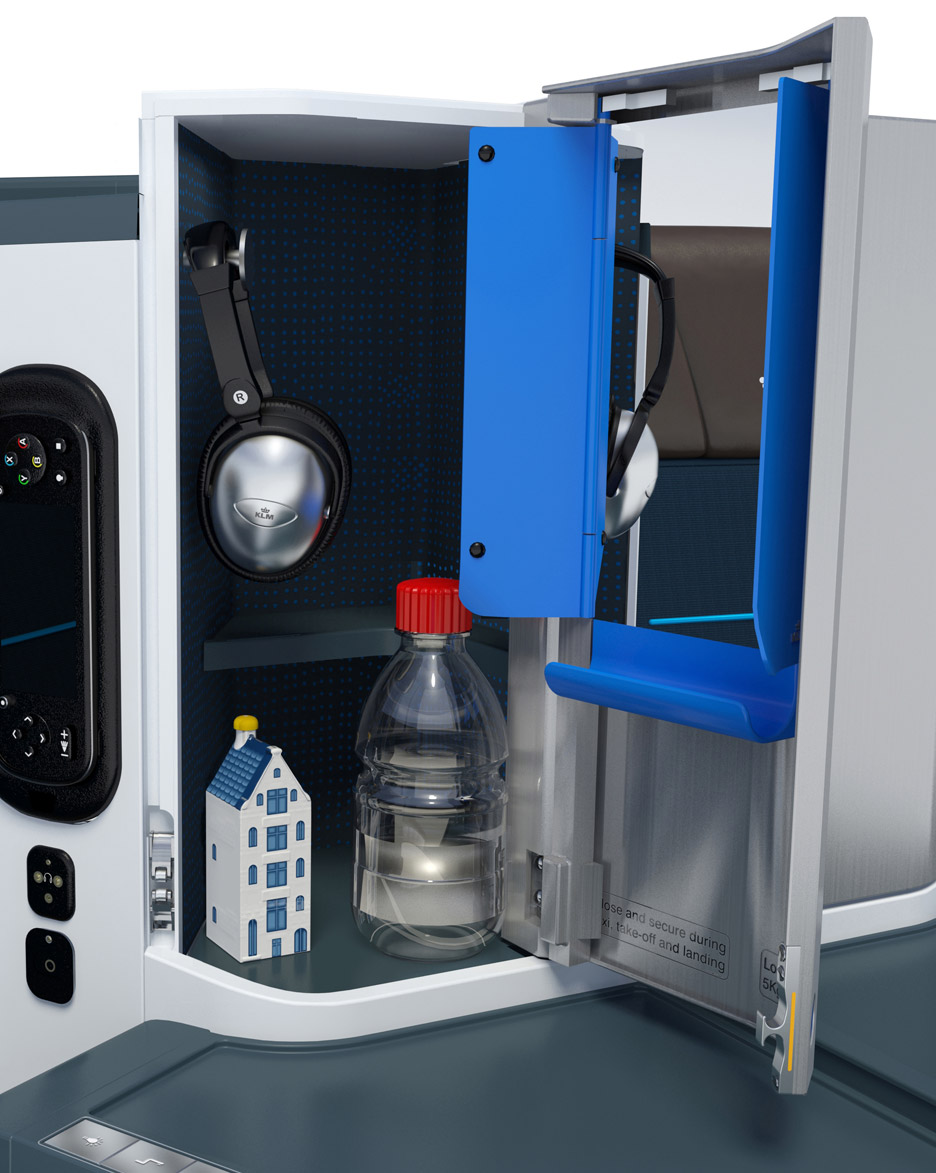 Jongerius’ cupboards for organization class, which have doors that function as a seat dividers when opened

The seats, which totally recline, also include personalized storage spaces with specially made mirrors within. 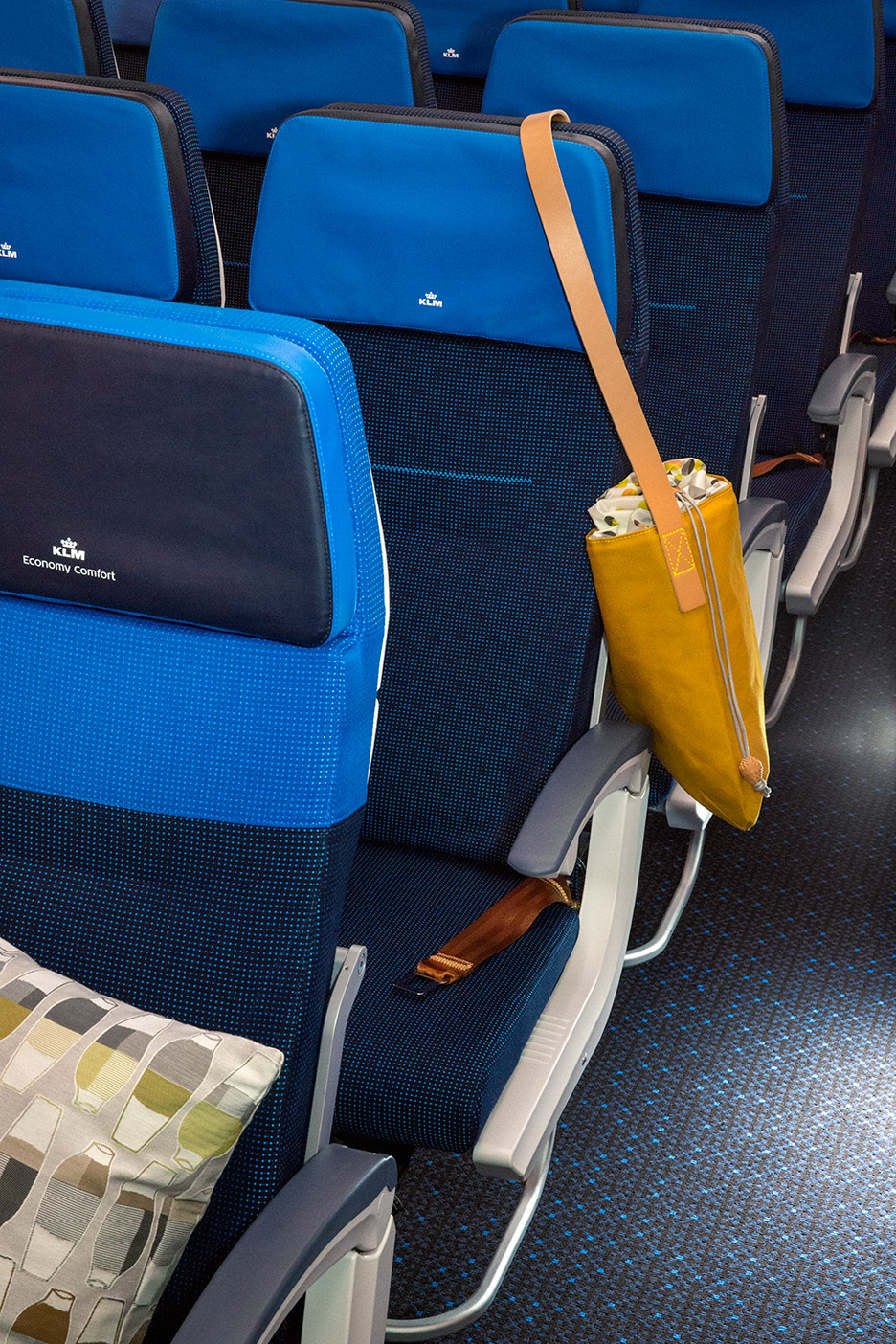 “Due to restrictions in the seat composition, creating for the economic climate class needed a pragmatic strategy,” explained the studio. 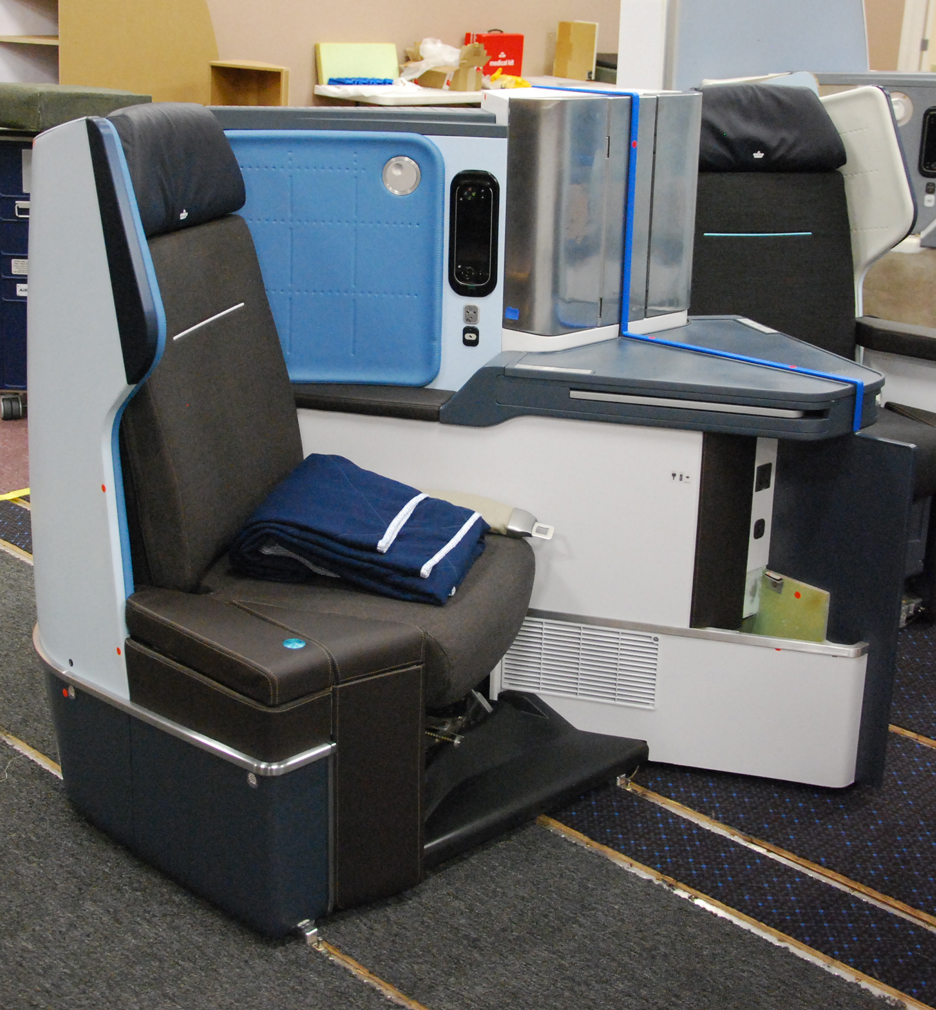 Earlier this year, Jongerius launched a manifesto calling for an end to “pointless items, commercial hypes and empty rhetoric” in style.

In a 2013 interview with Dezeen – which attributes in our Dezeen Guide of Interviews – she explained that she prefers to perform on updating current types rather than generating far more and more new objects. 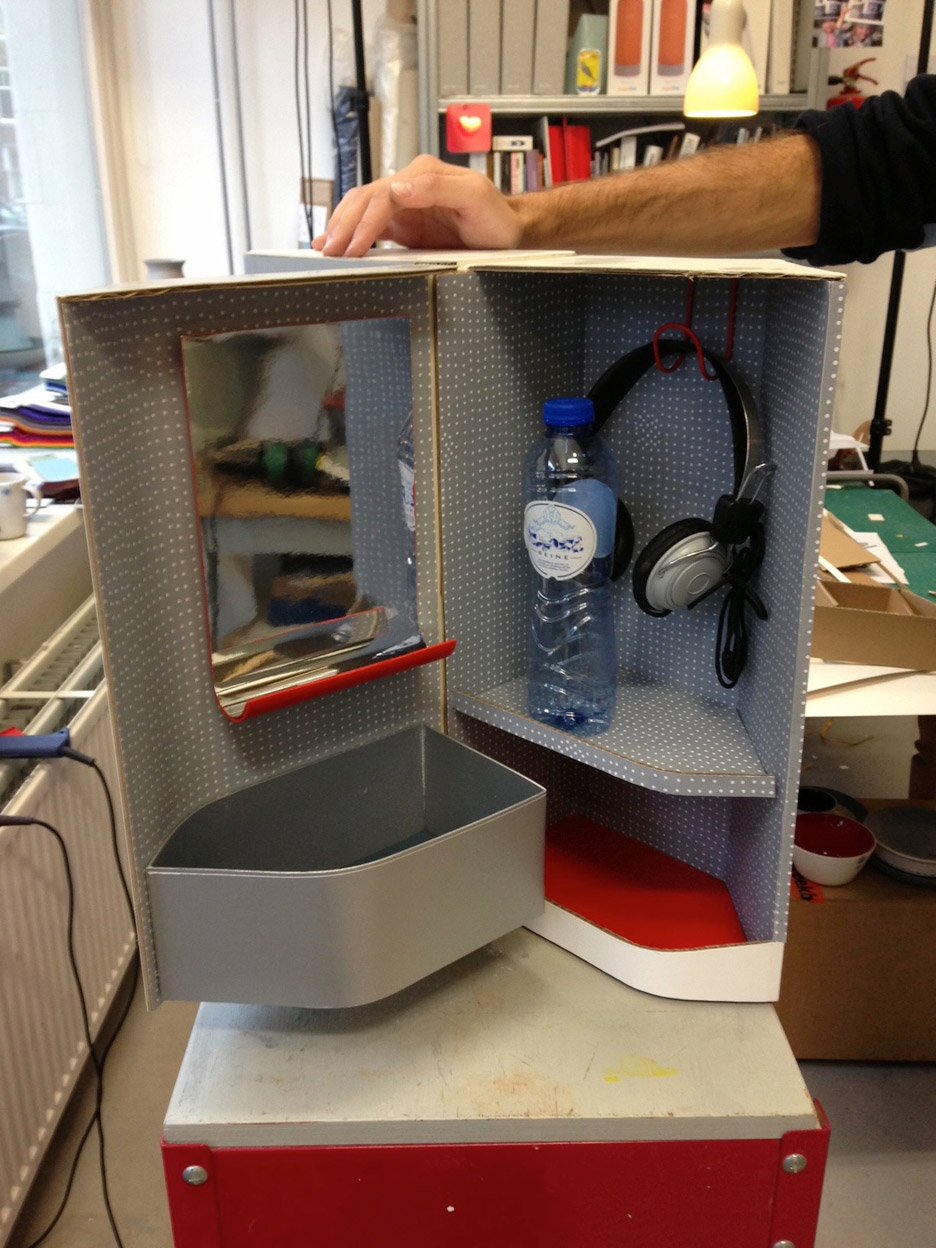 Her new versions of Modernist Alvar Aalto’s iconic 901 tea trolley for Finnish furnishings brand Artek are a current illustration of this strategy.

The Dutch designer has also talked about her work and relationship with KLM in yet another Dezeen interview, saying “I consider they are weird they think I’m weird”.

Photography is by Inga Powilleit, unless otherwise stated.