Stirling Prize-winner Haworth Tompkins has revamped a former warehouse to develop rehearsal and office spaces for one of London’s most critical theatre firms . 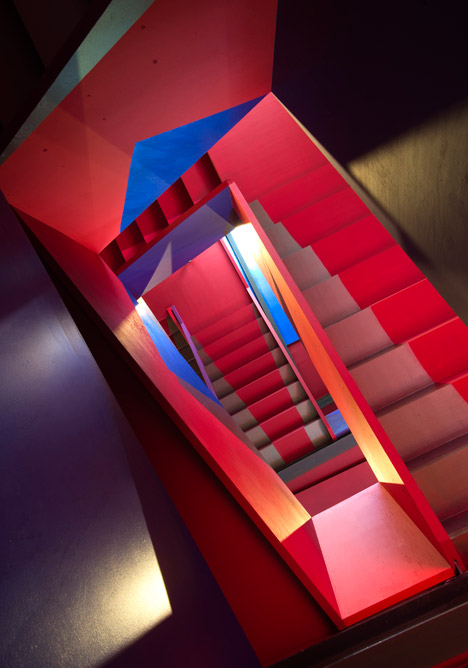 Haworth Tompkins – which was awarded the UK’s most crucial architecture prize for its redesign of the Liverpool Everyman theatre – was approached by the Donmar Warehouse to create a new facility for rehearsals, education and admin.

The not-for-revenue modern theatre firm had acquired a former warehouse on Dryden Street, close to its unique theatre in Covent Garden. Piecemeal improvement more than the years had left behind a complicated framework, but the architects had been offered free of charge rein to eliminate walls and floors where needed. 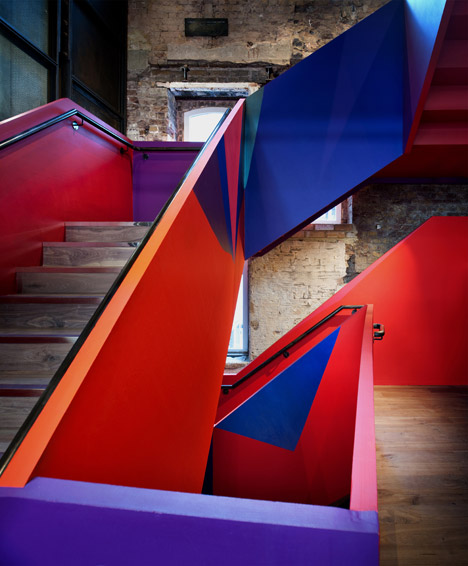 “The challenge was to style a convivial and imaginative expert doing work atmosphere inside of the constraints of a constrained budget and a tightly enclosed web site,” explained the company. 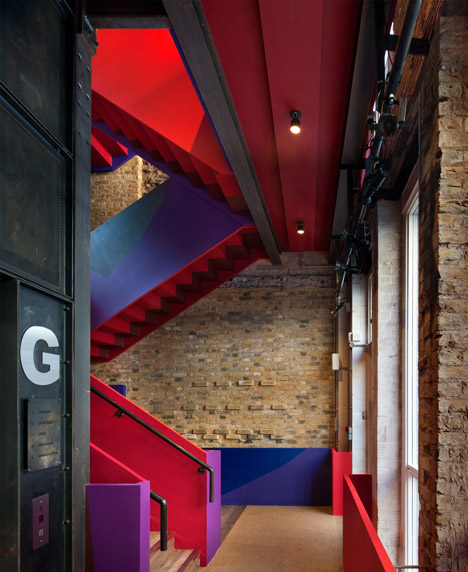 The renovation hinges all around a brightly coloured staircase that jerks up through the centre of the 4-storey-higher building, and also down into a sizeable basement. 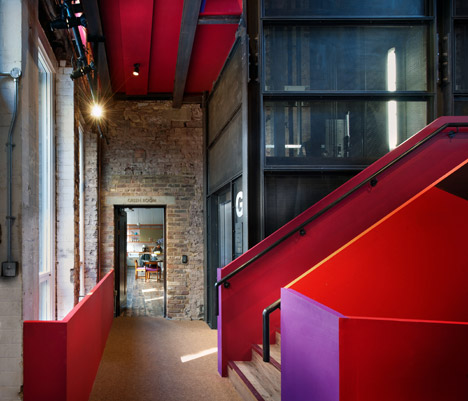 Described by Haworth Tompkins as “the warm heart of the creating”, the wooden staircase has been hand painted in vivid shades of red, blue and purple by artist Antoni Malinowski – who previously collaborated with the firm on the Everyman, as effectively as for the renovation of the Chichester Festival Theatre. 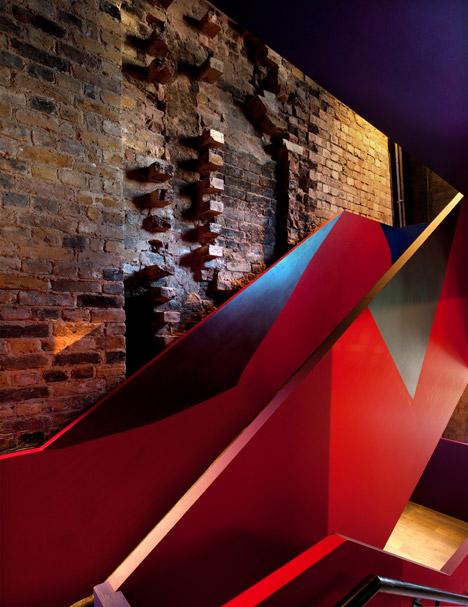 The rest of the interior was kept as raw as feasible. The outdated brickwork and its a variety of infills are left exposed all through, although noticeable ceiling beams current their original now-peeling paintwork. 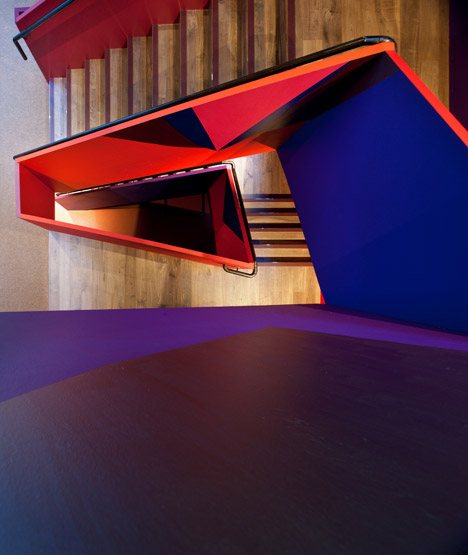 “The personality of the historic architecture has been allowed to set the tone, with a provisional, loose-match language of new additions setting up a fluid, adaptable partnership of new and previous,” explained the firm. 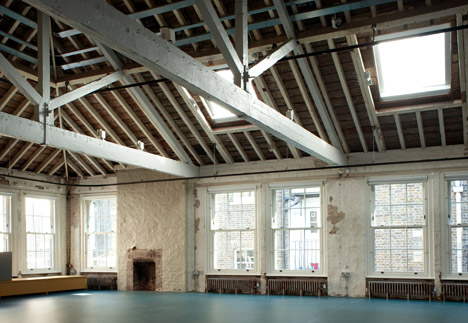 “Supplies additional have been simple and simple – whitewashed plywood, painted timber beams and wall coverings, waxed mild steel – to complement the richly patinated texture of the located surfaces. The aim is extremely a lot for a benign occupation rather than an obliteration of the original material,” it added. 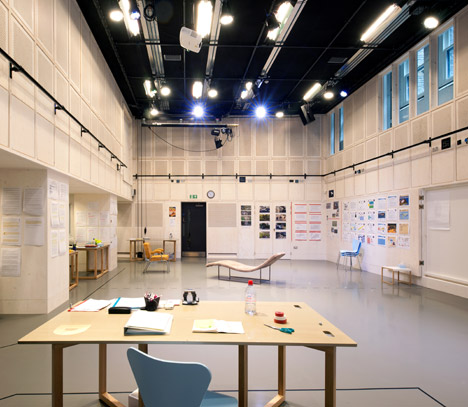 The largest intervention was the addition of a double-height rehearsal area in the basement, of a equivalent dimension to the primary stage at the Donmar. This was achieved by carving a void by way of the ground floor. 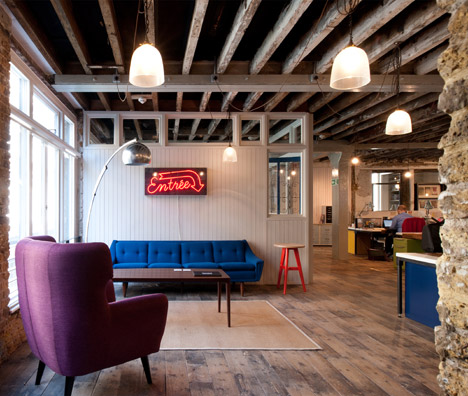 The resulting room positive aspects from natural light, as a set of ground floor windows now functions as clerestory glazing. 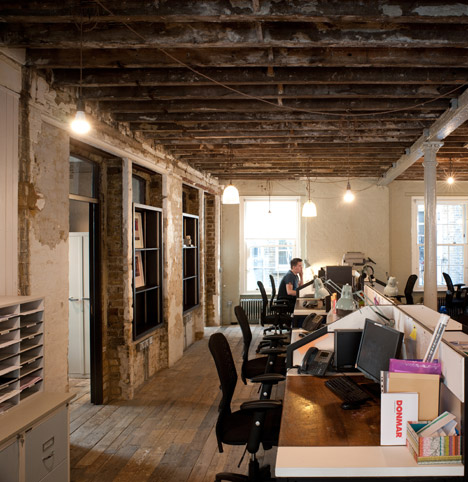 Most of the remaining ground floor was refurbished to create a green room dealing with out onto the street, as nicely as a practice room for musicians. 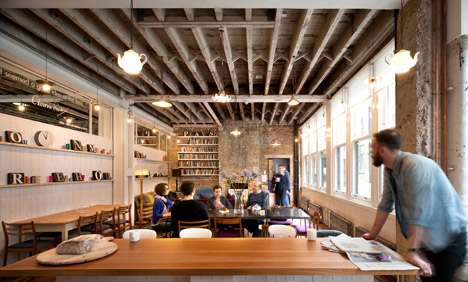 The very first floor grew to become offices, whilst an training studio was designed beneath the roof rafters on the second floor. The architects also located room to slot in an apartment for visiting artists in the attic. 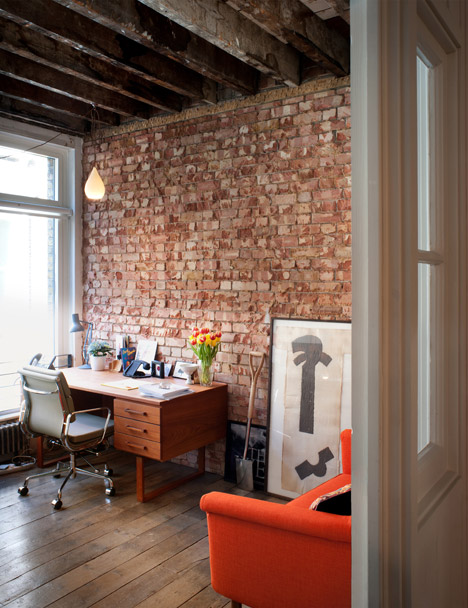 For furnishings, Haworth Tompkins worked with scenographer Lucy Osborne to develop an interior meant to be reminiscent of a stage set. 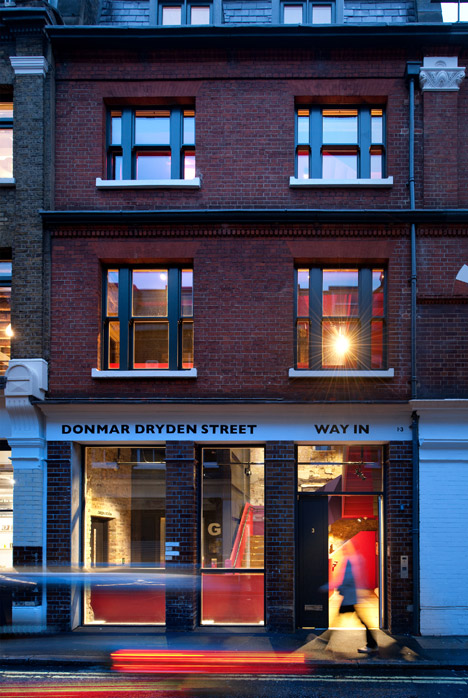 Photography is by Philip Vile, apart from the place otherwise indicated.