New York studio Grzywinski+Pons has ripped out the “sterile” interior of a lobby in a London hotel to reveal industrial fittings, which it has paired with pastel equipment and paintwork . 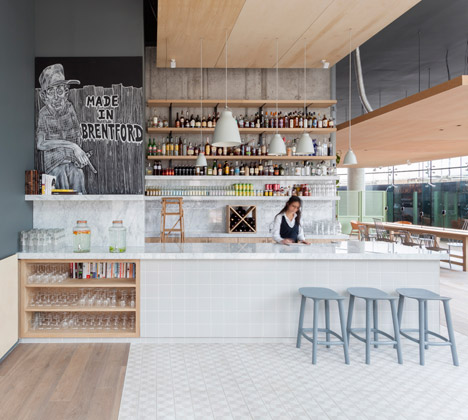 Matthew Grzywinski and Amador Pons were commissioned to design the reception and bar of Urban Villa, a 100-space boutique hotel in a new-develop tower in Brentford, west London. 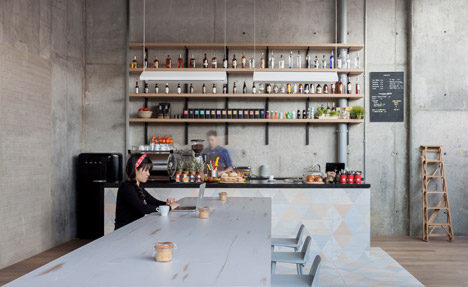 The area had presently been completed with clean white walls and suspended ceilings, but the architects needed to make it seem a lot more rustic so they stripped away the new finishes to reveal the solutions of the developing. They then added a cafe and bar to the open-plan lobby. 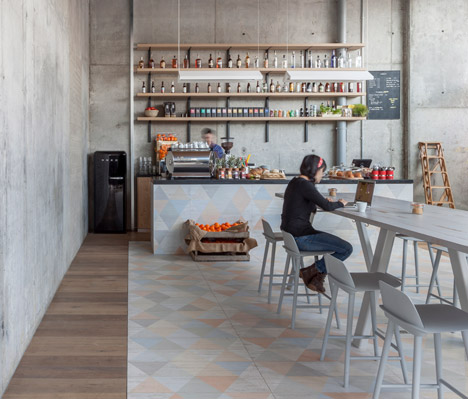 “We found it to be rather prosaic and sterile,” they explained. “We had to appear tough to find any character inside the existing environment and, the place feasible, we tried to peel back the layers that had been at odds with our intentions.” 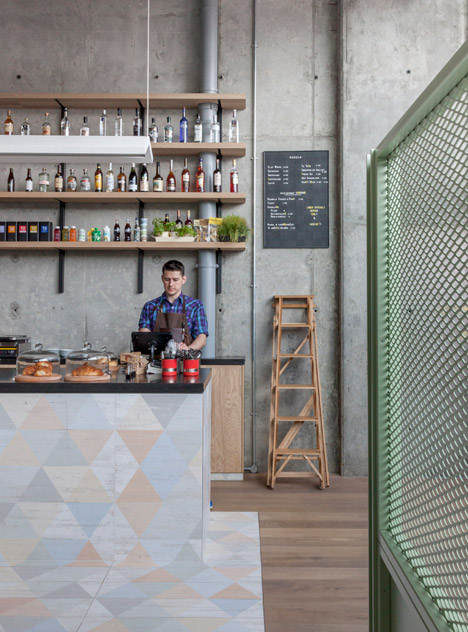 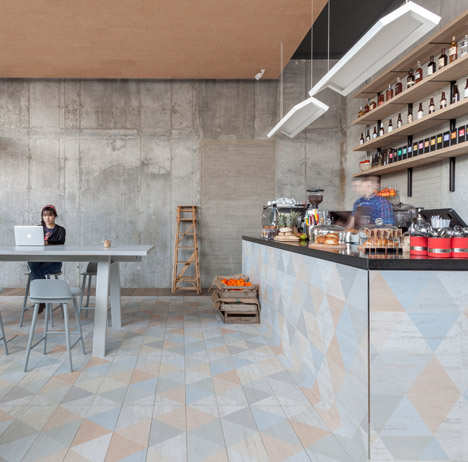 Triangular paintwork and patterned tiles mark out bar and cafe spaces that are filled with pastel-coloured furniture – which includes peach-toned bucket chairs and grey dining seats. 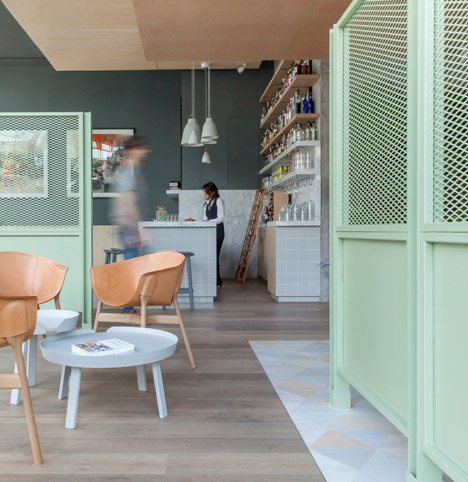 A lengthy wooden table developed for communal dining was painted in light grey, but has been distressed to give it a lived-in visual appeal. 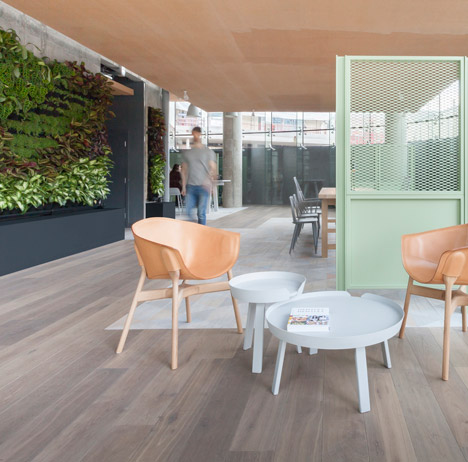 “We chose a palette that is bright and welcoming but robust and practical — an atmosphere exactly where it felt just as all-natural to ask for further towels as it would to buy a cocktail,” said Grzywinski and Pons, whose past projects include a home covered with brick-like aluminium panels in Upstate New York. 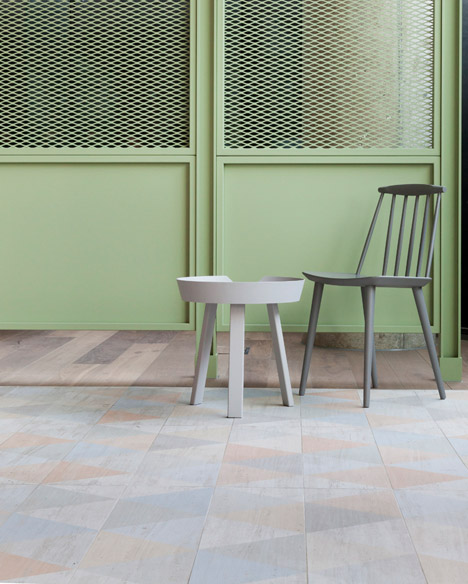 Maintaining the room largely open-program, the architects also added a series of mint-green mesh screens that section off much more intimate pockets of seating within the glazed lobby. 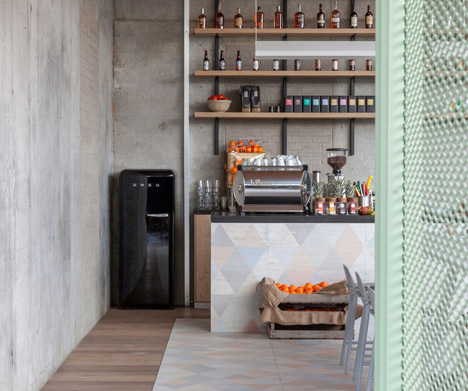 “We desired to stability the abundant glazing and high ceilings with vertical breaks, warm and genuine components, lush vegetation and texture,” added the pair. 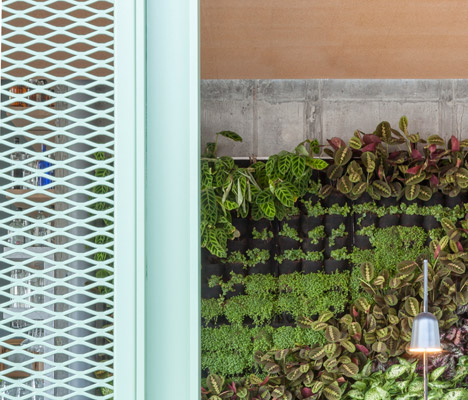 They continued this layout theme into guest suites, including sofas upholstered in pale fabrics and brightly coloured mismatched furnishings. 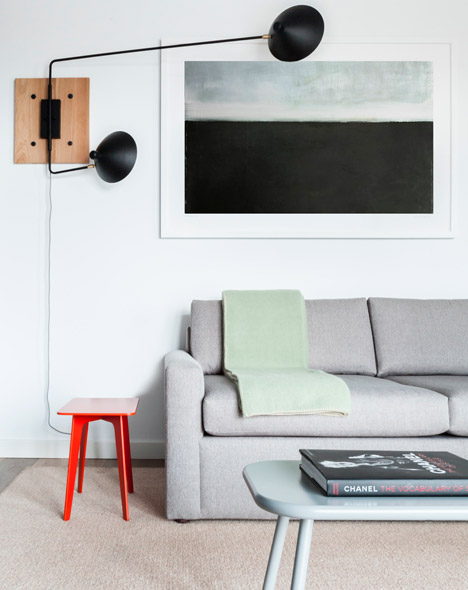 Mesh panels enclose the sides of open wardrobes and shelving, whilst added timber chairs are folded and hung on the wall. 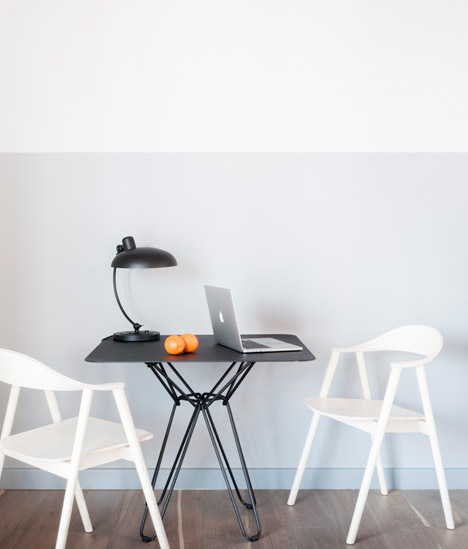 “We had much less latitude to reveal the bones of the constructing so we focused on creating customized furnishings and a finish schedule that would be congruent with the aforementioned public spaces,” explained the architects. 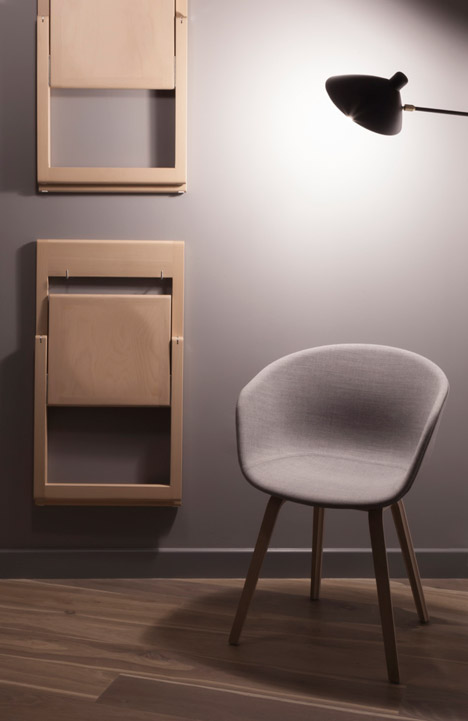 “We managed to produce an ambiance that belies its shell and injected some heterogeneity into an otherwise uniform environment,” the architects stated.