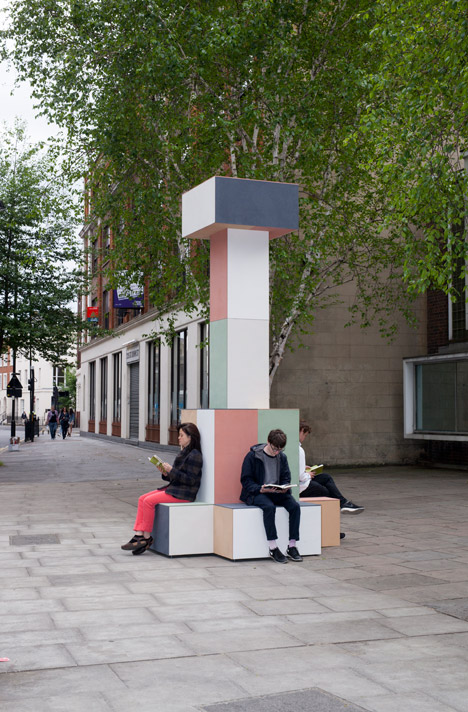 Conceived by GRUPPE as a “little city”, the installation comprises pastel-coloured street furniture based on the forms of two Roman architectural elements – columns and forums. 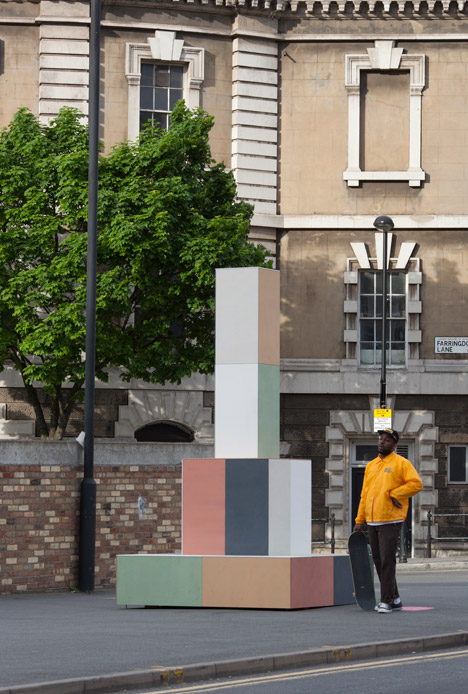 Named Vita Contemplativa, the installation was designed to signpost exhibition venue for Clerkenwell Design Week, which runs until 21 May in a patch of central London where many design showrooms and studios are based.

The structures also create a place for exhibition-goers to loiter or shelter from the rain. 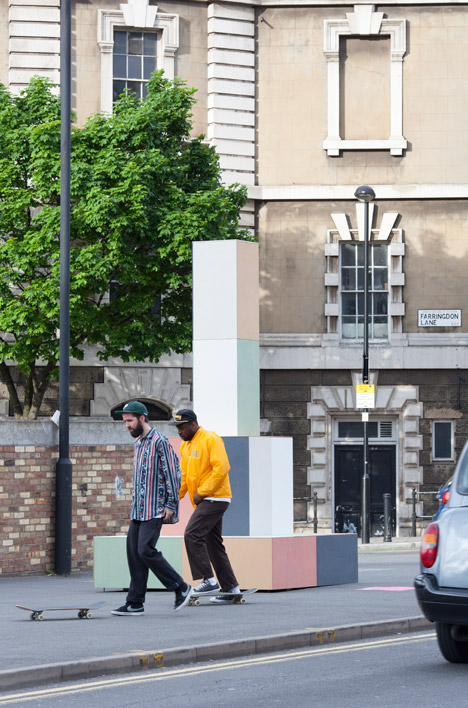 Each of the towers is covered with pastel-coloured panels produced by facade manufacturer Equitone. GRUPPE used five different shades, all chosen to match the tones of the existing streetscape. 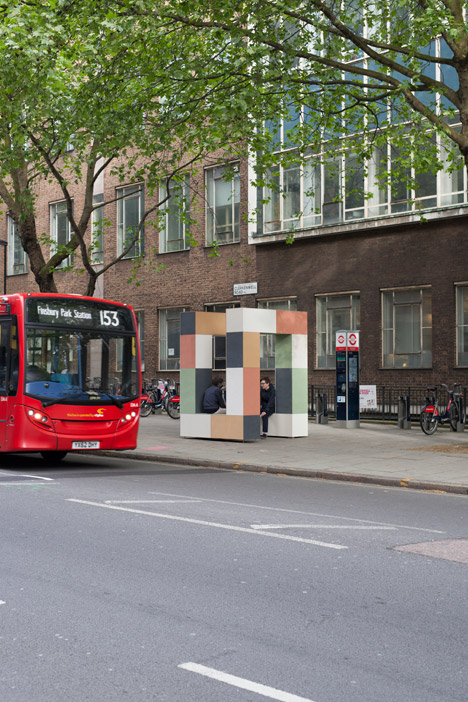 These panels make the structures look like they have been constructed from oversized children’s building blocks. 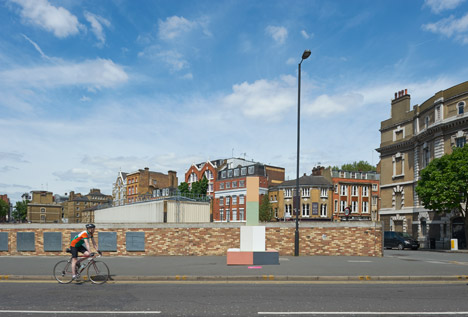 Columns have been installed at the north and south ends of St John’s Road and at the west and east ends of Clerkenwell Road, marking the boundaries of the festival. 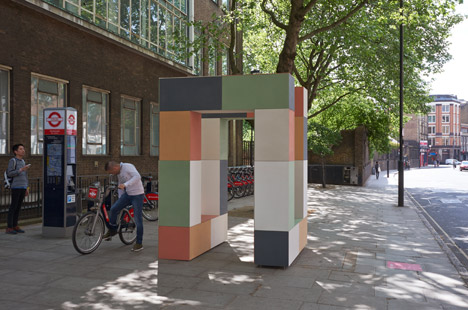 One kiosk-shaped forum, featuring a stepped platform, stands at the entrance to Farringdon Station, while another can be found on Exmouth Market. 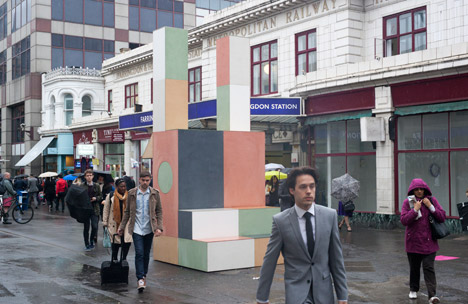 GRUPPE worked with engineers and fabricators Blue Engineering and Nicholas Alexander to realise the project and it will remain in place for the duration of the festival. 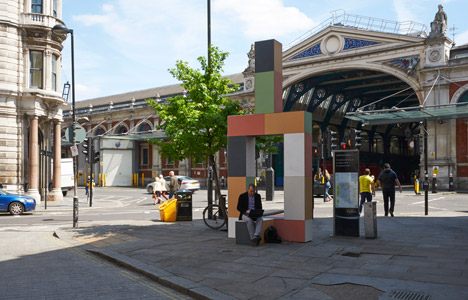 The studio previously teamed up with British artist Richard Wentworth to create another installation in London, a pop-up wooden auditorium hosted in the Central Saint Martin’s Granary Building. 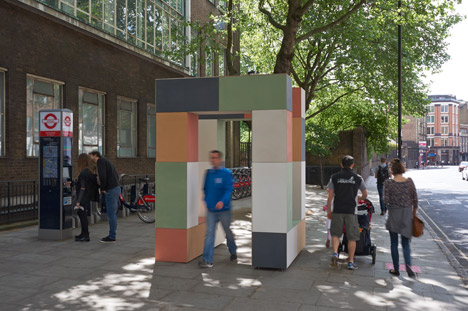 Photography is by Joanne Underhill unless specified otherwise. 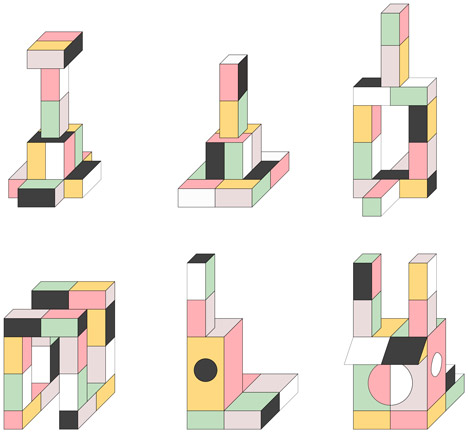