Danish design and style duo GamFratesi has integrated patterned cane panels into a assortment of steam-bent furnishings for Gebrüder Thonet. 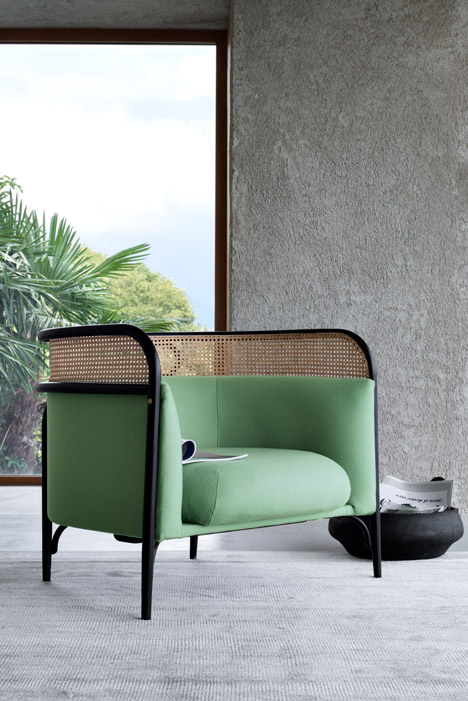 Unveiled at the Salone del Mobile 2015 trade fair in Milan, the selection is composed of a two-seater sofa, armchair, workplace chair, desk, and a pair of high- and reduced-backed dining chairs. 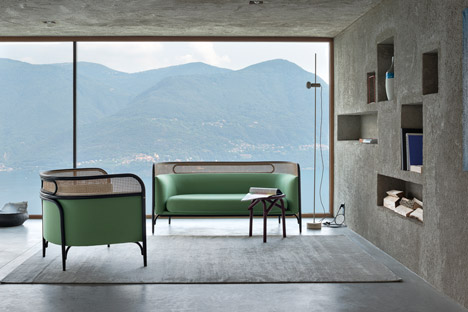 The upholstered Targa sofa and armchair rest on a steam-bent wooden frame – a characteristic of Gebrüder Thonet’s furnishings – with a backrest that incorporates a rattan section with rounded edges. 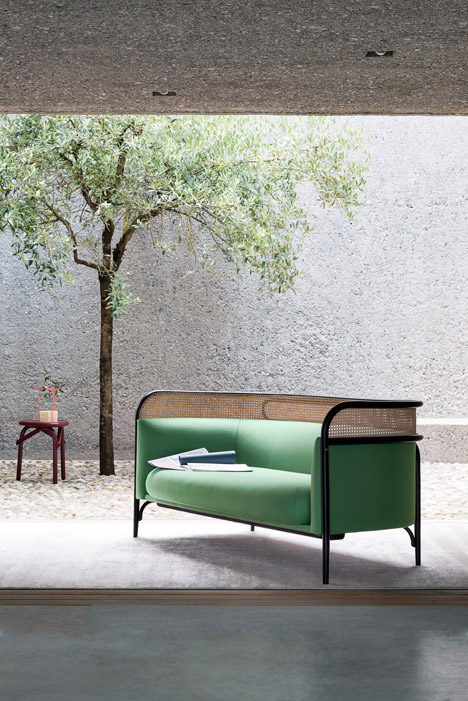 “The Vienna cane is a typical Thonet element,” GamFratesi told Dezeen. “In the situation of the sofa the cane plays a small decorative detail, serving as a little display and creating an interesting connection amongst wood and upholstery.” 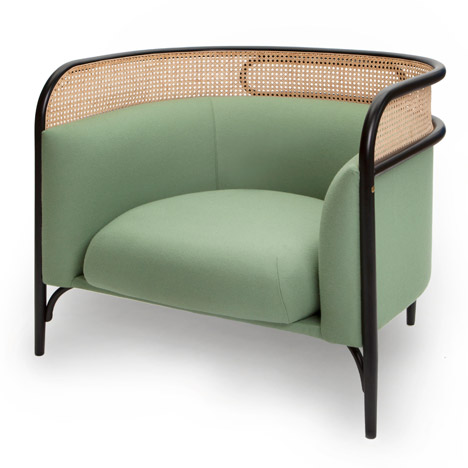 The cane panelling is repeated in the Allegory desk, which involves a large circular screen that echoes the backrest of a chair. The weave of the cane serves a double purpose, offering assistance to the furnishings as effectively as a area to keep and display postcards or other papers. 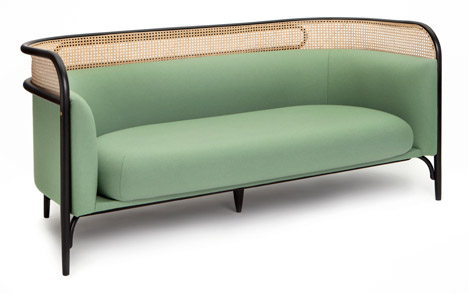 An accompanying 3-legged workplace chair has a rattan seat and a singular curved strip of wood that varieties a backrest. 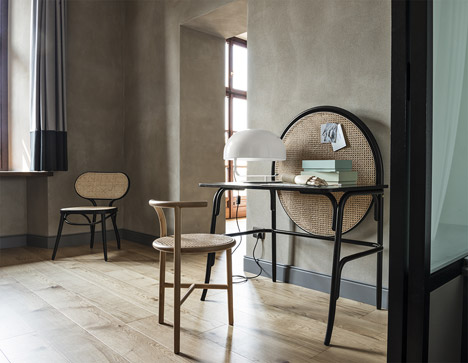 The Morris chairs – a pair of upholstered seats with cane-patterned backs – come in a choice of two various backrest heights, and are a new interpretation of Gebrüder Thonet’s signature Thonet chair. 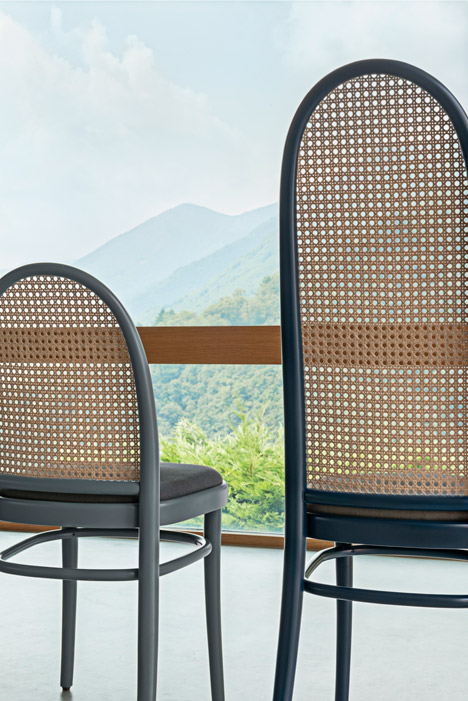 The pieces kind element of a new set of collaborations, for which Gebrüder Thonet has partnered with designers such as Nicola Gallizia, Michele De Lucchi, AnkiGneib, Martino Gamper and Nendo to reinterpret and update some of the company’s historic merchandise. 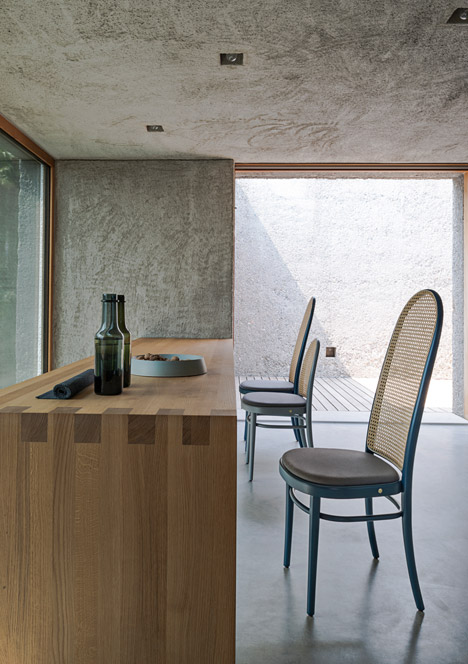 “The idea of a line and not a single product came from a conversation with the organization that has appreciated our approach to the materials,” GamFratesi informed Dezeen.

“The organization had initially asked us to design and style and perform on a chair, but the growth of the chair naturally led to imagining a 360-degree surroundings: a chair to sit, a desk to write and to conclude, an upholstered sofa to loosen up.” 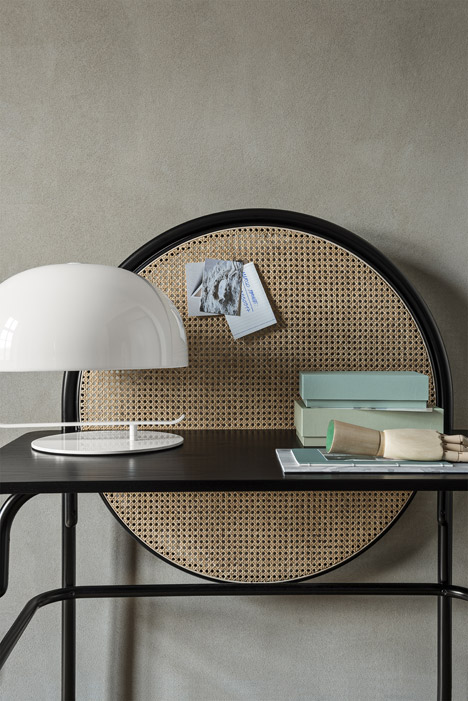 “These brand new imaginative final results bring bent beech, a symbol of the brand, into a modern light, providing a sound materials like wood the flexibility of a line drawn in pencil on a sheet of paper,” Gebrüder Thonet explained. 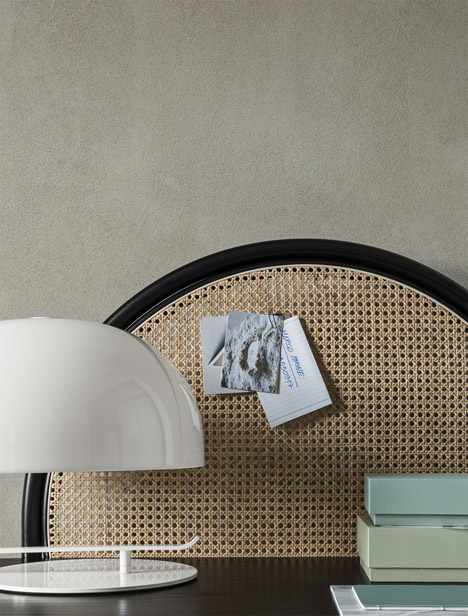 Founded in 1853 in Vienna by Michael Thonet, Gebrüder Thonet pioneered the use of steam-bent wood in the huge-scale manufacture of its furnishings, and its No 14 chair had sold above 50 million units by 1930. 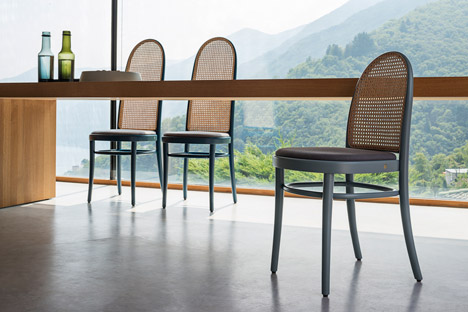 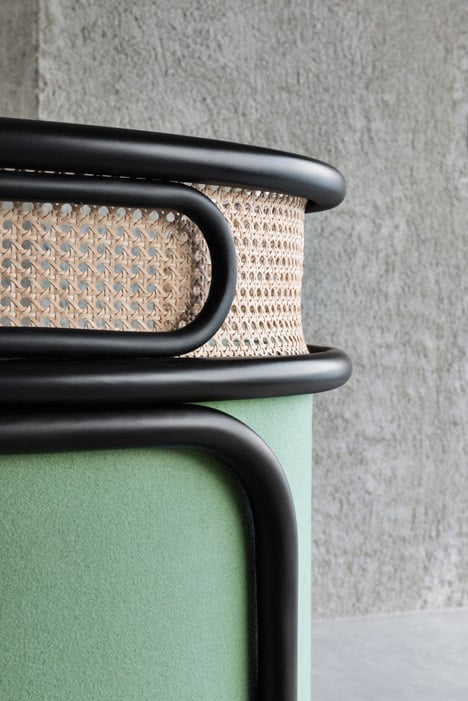 The combination of bent wood and woven rattan also proved popular with Milan design and style studio Skrivo, which paired the two components to develop an angular armchair.

GamFratesi curated a showcase of Danish design and style for the Mindcraft exhibition in Milan, exhibiting established names like Cecilie Manz and Ole Jensen alongside new designers.