Dutch architecture studio GAAGA has finished a 3-winged wooden tea property in Leiden, the Netherlands, featuring large windows on all sides to permit panoramic views of the surrounding park . 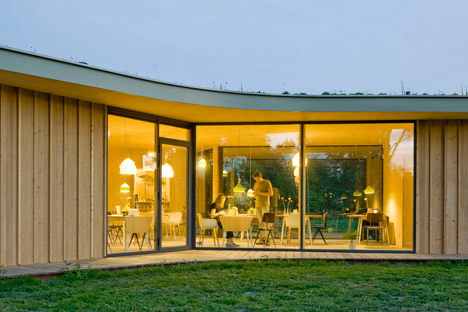 Neighborhood residents initiated the Teahouse Leiden Noord venture, aiming to produce a community gathering spot that could become the “green heart” of the neighbourhood.

“Amongst residents there was a require for a spot to come collectively and a place from the place different social routines could be organised,” GAAGA architect Esther Stevelink informed Dezeen. “The notion of a teahouse and a local community gathering came about 10 many years ago at a single of the nearby residents.” 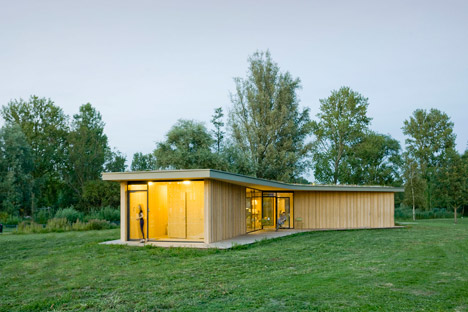 “A couple of years in the past the thought grew to become far more concrete when a nearby fund was ready to financially help the initiative,” Stevelink mentioned. “Soon after that, the ball commenced rolling and much more parties and funds joined and started out to help.” 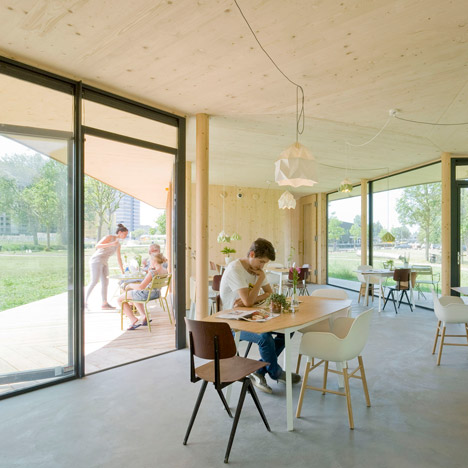 Described by the architects as a “three-legged” framework, it comprises prefabricated wooden walls sandwiched between a cantilevered roof and decked terrace. The overhanging roof and interior walls are manufactured of laminated spruce, even though the outdoors walls are laminated larch. 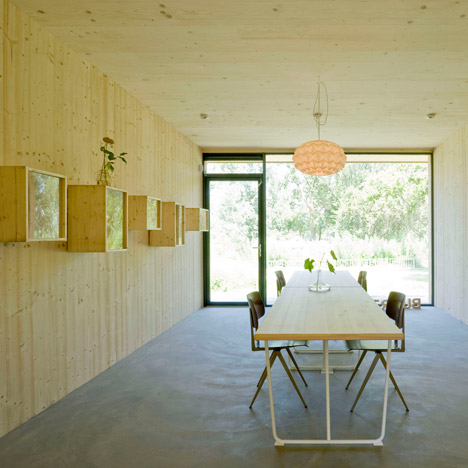 “As a logical response to its freestanding place in the park, the tea residence has an all-round shape it does not have a conventional front or back side,” said the architect. “The two roof and floor are extended in purchase to create a sensation of continuity in between interior and exterior.” 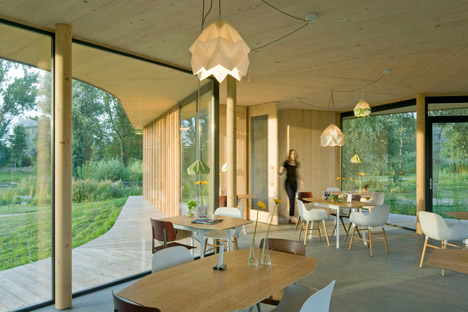 Housed inside the two longer branches of the building are a seating area, kitchen, toilet and games area, while a tiny museum exhibition is contained in the shorter leg. 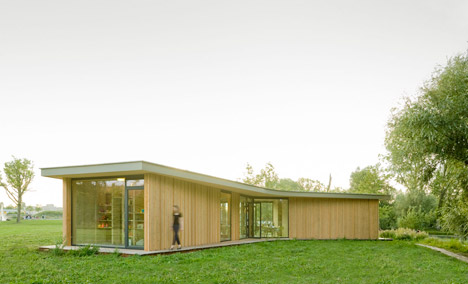 “We had been inspired by a pretty outdated tea residence De Horsten in the woods nearby, which has a extremely basic layout of 4 legs plugged into a octagonal form,” Stevelink said. “We liked the clearness of the form and its ability to interact with the surroundings. The notion of many legs inserting the landscape suited the program quite effectively as every leg has a diverse programmatic material.” 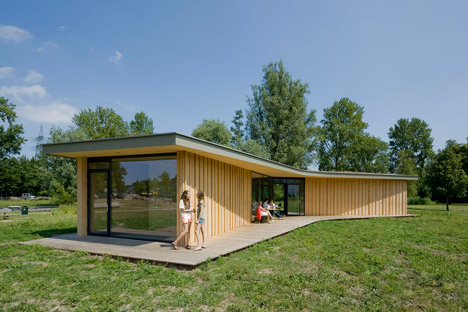 One of the team’s major aims was to advertise sustainability. Big glazed windows and extremely insulated walls support to passively warm the interior. On the roof, green vegetation supports and improves water management, insulation, heat absorption and biodiversity. 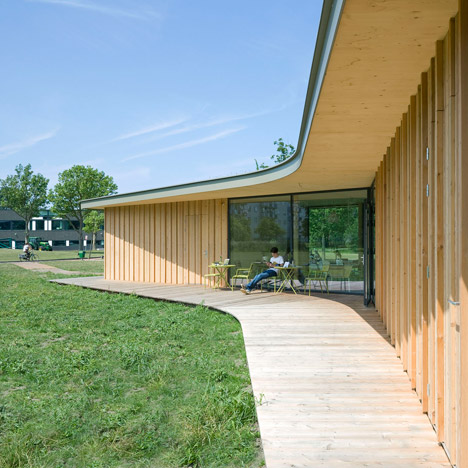 “A really crucial beginning stage for the initiative was that this teahouse would be inexpensive for locals,” said Stevelink. “For that purpose the teahouse is not commercially exploited but managed by volunteers from the neighbourhood. Any revenue the teahouse can make also goes back into the community.” 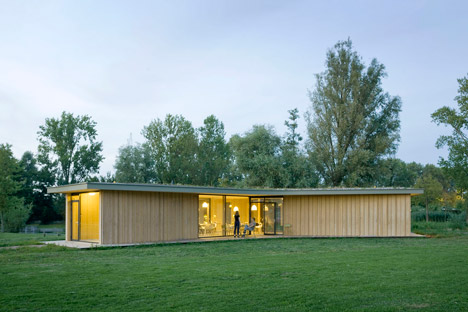 Stevelink and partner Arie Bergsma founded Leiden-based mostly GAAGA in 2007. Other tasks they have completed in the city consist of a household residence with a V-shaped roof and a pair of homes made to look like a single.