Chicago-based Sean Lally leads a team of architects, landscape architects, engineers and researchers, known as Weathers, who are investigating how different forms of energy can be harnessed to create a type of sustainable architecture. 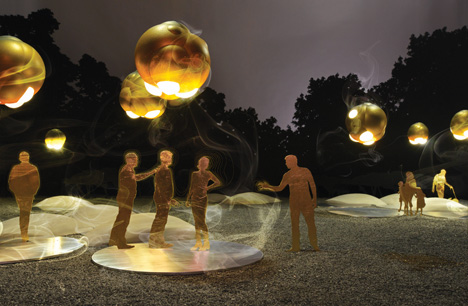 New Energy Landscapes, the project Lally is presenting at the biennial, proposes a future scenario where energy and heating don’t fill a building envelope, but instead become the envelope.

Related story: The city of the future “will be both physical and digital”

“The greatest challenge facing architecture and our broader society today is the need for advancements in harnessing energy,” said Lally, who has spent eight years researching the technologies. 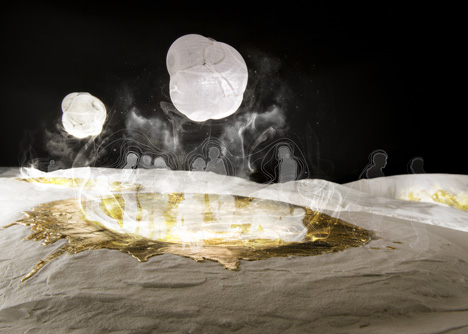 “Rather than continue to focus on maximising efficiency for [energy’s] conservation and consumption, we must provide an architecture with lifestyles for the future that give us new worlds to strive for and realise,” he said.

The images shown were created from photographs of physical models that the team has built. They show images of mysterious floating energy sources, hovering above defined floor surfaces. 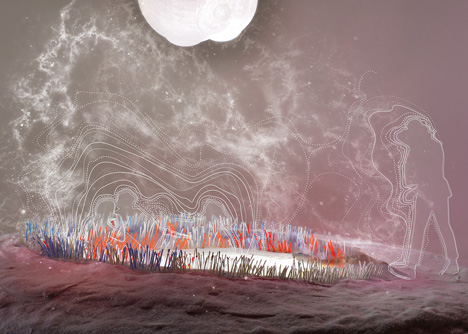 The designer says this new form of architecture without walls will fundamentally change the ways humans interact with each other and their environments.

“Without this fundamental rethinking between architecture and energy, both will remain to be seen as distinct; architecture as a building of walls and energy as a fuel for filling it,” he said. 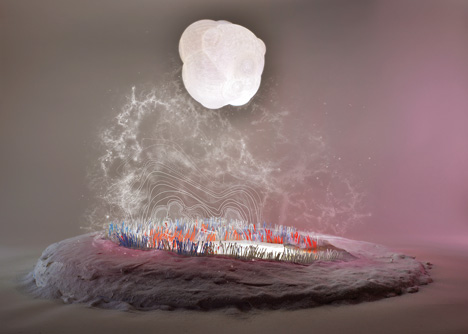 “Instead, architecture is at a unique and adventurous stage for questioning and reinforming our definitions of architecture, and the environments and lifestyles they foster.”

Lally has compiled his findings into a book entitled The Air from Other Planets.

He presents New Energy Landscapes at the second Istanbul Design Biennial, which is curated by Zoë Ryan under the theme The Future Is Not What It Used to Be, opened to the public on Saturday and runs until 14 December.

Attractive Models Of The Relaxation Armchair With Foot Stool!