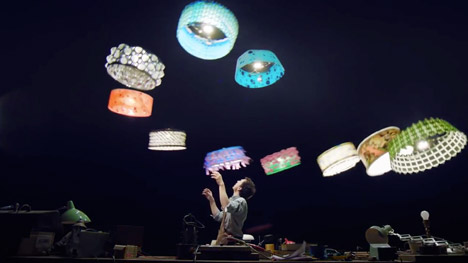 The result is Sparked, a five minute short movie with the tag line “a live interaction between humans and quadcopters”. 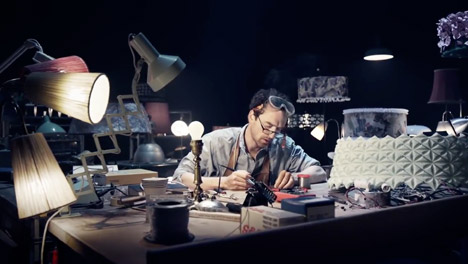 In the movie, a character played by a Cirque du Soleil performer sits in a workshop appearing to repair old lampshades when a fuse blows, sending up sparks and plunging the space into darkness.

The old lampshades on the surrounding surfaces begin to flicker and lift up into the air, creating patterns of light and responding to the movements of the human character. 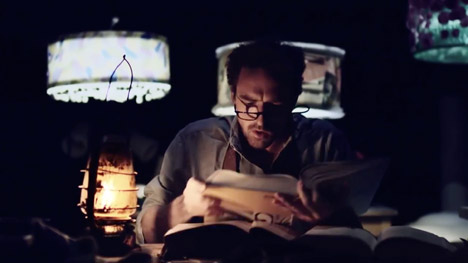 Similar effects have previously been achievable using computer generated imagery, with live performers acting in front of a “green screen” to enable animations to be added to the footage in post production.

The Canadian circus troupe wanted to investigate ways to apply drone technology into a live production, that could be potentially acted out in front of an audience. 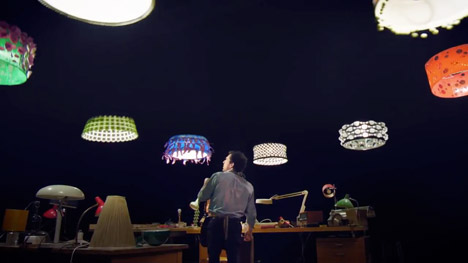 “What we wanted to do was to explore what could we do with an emerging new technology, the quadcopters, and give it some meaning, give it some magic, bring it to another level,” said Altidor.

“We saw right away that there was a potential with quadcopters to explore where else could we go and what type of interaction could they have with humans,” he said. “What’s fun is to imagine, what else could we put on them to make them fly and is it possible to make the quadcopters disappear.” 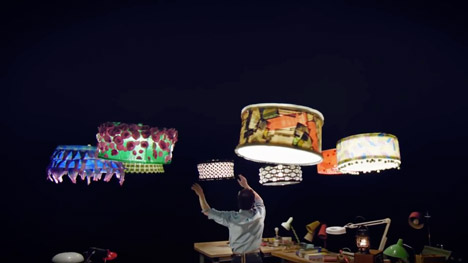 The team experimented with a number of different options, including covers that made the drones look like flying jellyfish and attaching fake heads on top of them, before developing the lampshade concept.

“We did a number of tests, we came up with all kinds of ideas, we even had flying heads to see what kind of effect it could create,” said Altdior. 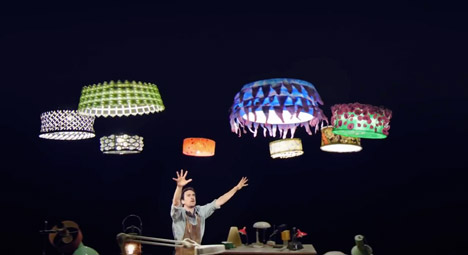 “At first we thought it was really interesting to put lights on the quadcopters. And then at some point, almost by accident, some of our colleagues were just joking and talking about lampshades and that made me stop in my tracks and I thought ‘wait a minute’.”

Each of the 10 flying lampshades in the movie is a quadcopter in disguise, controlled using algorithms developed by D’Andrea who has been working with autonomous flying machines for over 15 years. 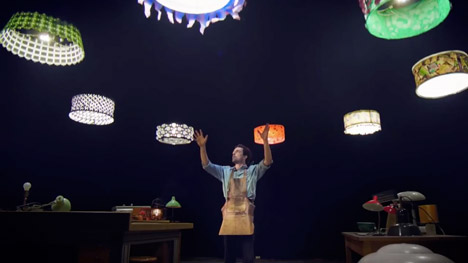 A statement from Cirque do Soleil said that the scale of the performance and the movement “vocabulary” developed for the project would “open the door” for future applications of drone technology.

“We had a great time co-evolving the script with the capabilities of the flying lampshades,” said D’Andrea. “We created choregoraphies with the intent of invoking intimacy, wonder, playfulness and grace.” 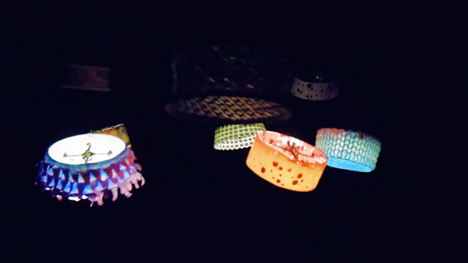 As well as teaching at ETH Zurich – the Swiss technical university that last year developed 3D-printed drones capable of self-assembly – D’Andrea was co-founder of the robotic systems company Kiva that was acquired by Amazon in 2012.

He has now founded Verity Studio to develop a “new breed of interactive and autonomous flying machines” that could have wider applications in the entertainment industry and beyond.

“We have synchronised groups of flying machines to music and built structures with ropes and bricks in front of live audiences, performed various balancing acts and even explored human flying machine juggling,” said D’Andrea.

“Is there a future for this in the performing arts? Absolutely, we’re just getting started.”