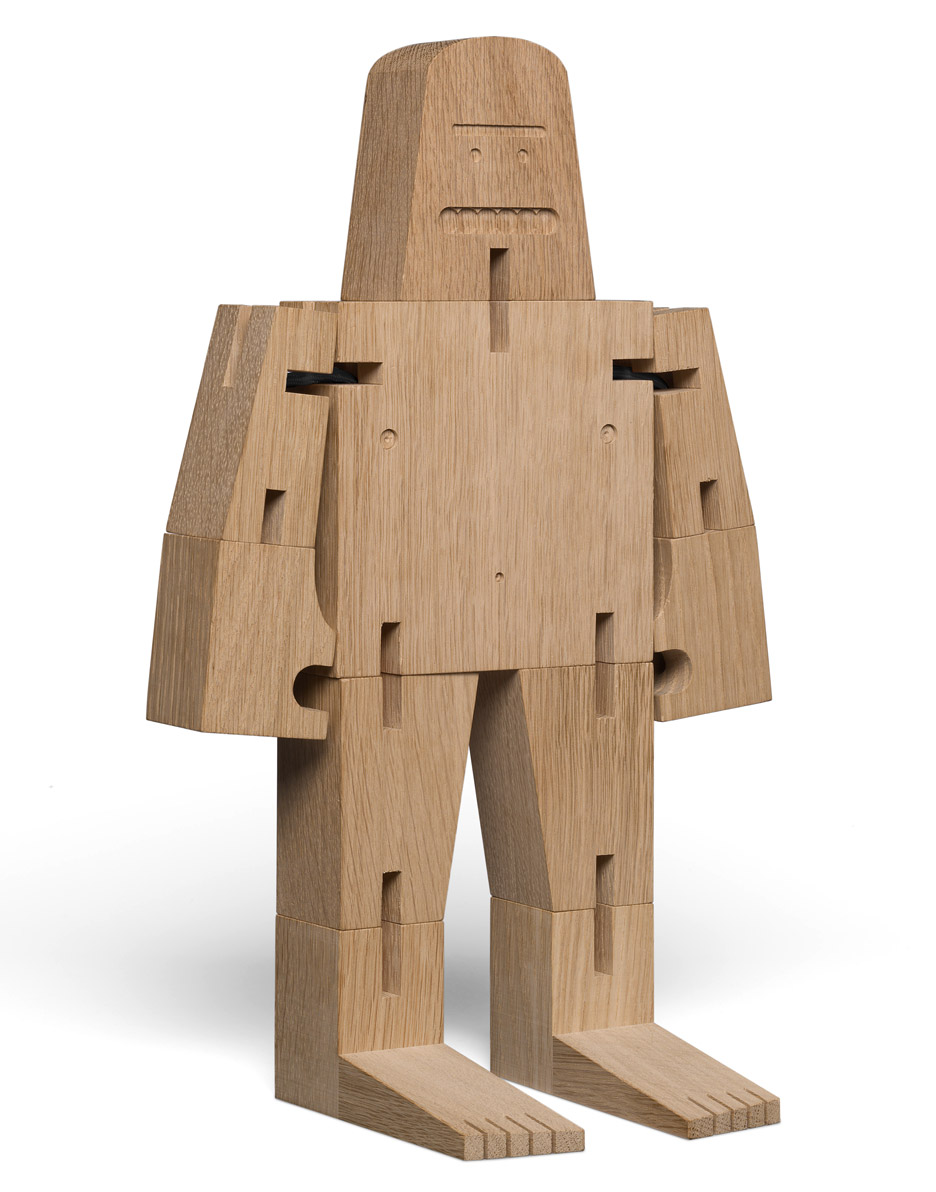 Named Mr B, the 15-inch-tall (38 centimetres) figure is composed of untreated strong oak, and is held collectively with elasticated textile bands that enable it to bend at the knee, waist, wrist and neck joints.

This also implies it can be folded down into a little cube, which is primarily based on the “footprint” of a single table leg from e15’s Bigfoot dining table. 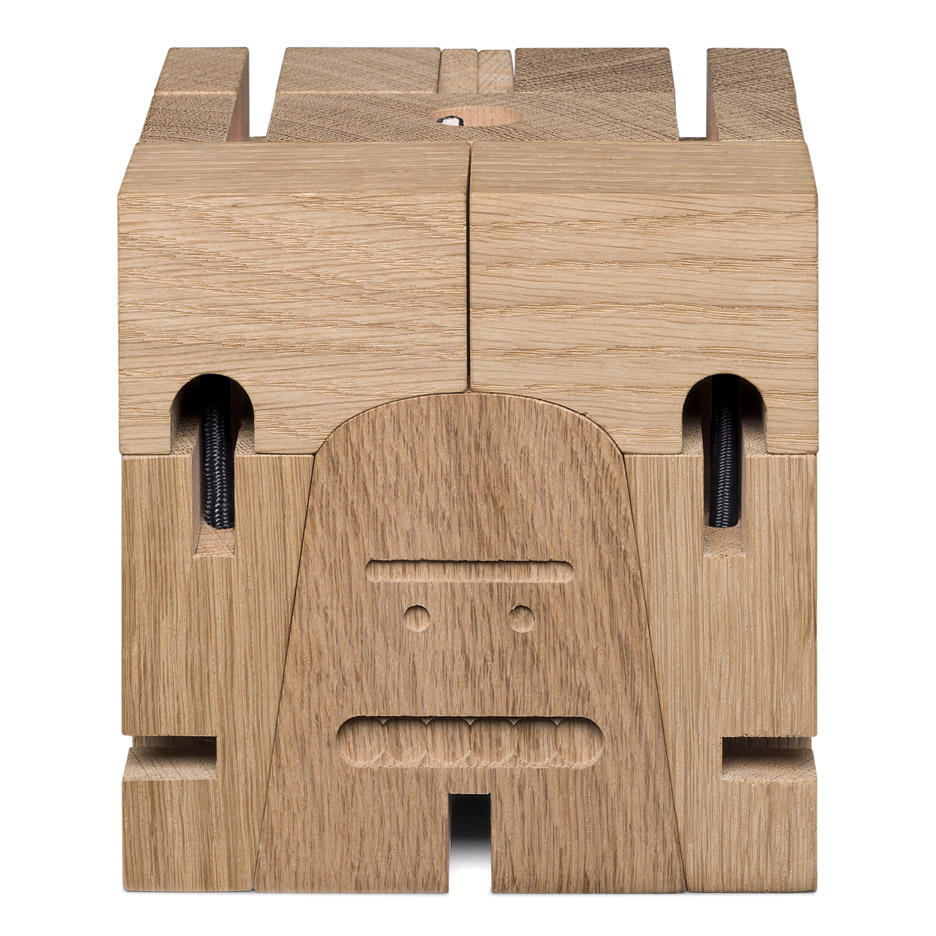 The character’s arms and legs wrap neatly around his body, leaving his unibrowed expression visible from a single side. 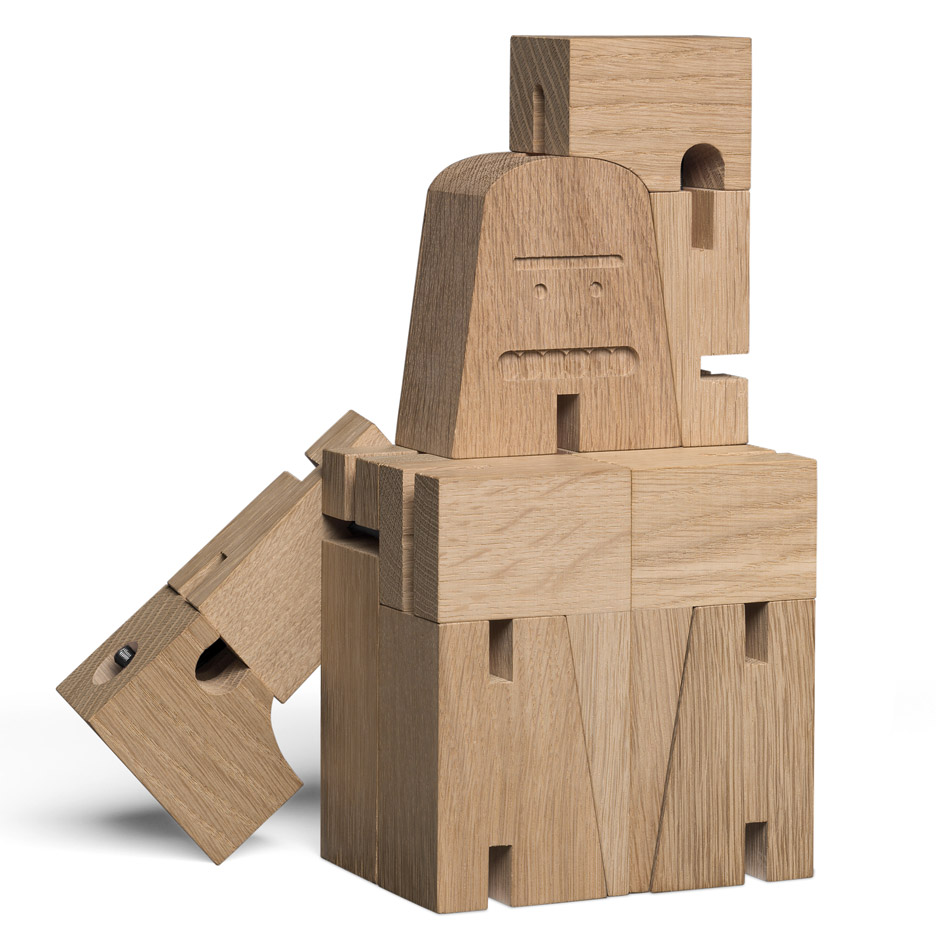 Weeks originally created his status and business around lighting design, with some of his pieces – like metal chandeliers with mobile arms and glossy domed or cylindrical shades – promoting for over \$15,000 (£9,800). 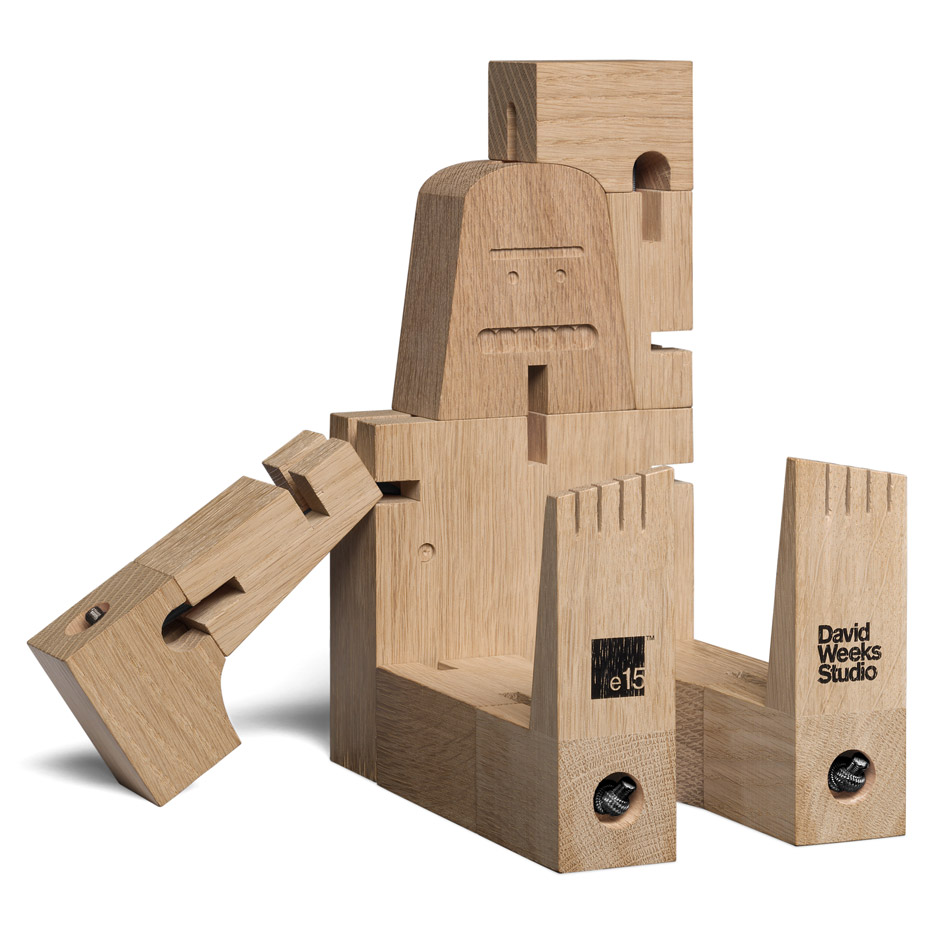 But in a current interview with Dezeen he explained that he did not want to be typecast.

“I will not want to be the lighting guy. I value it, but I needed to be a lot more than that,” he stated. 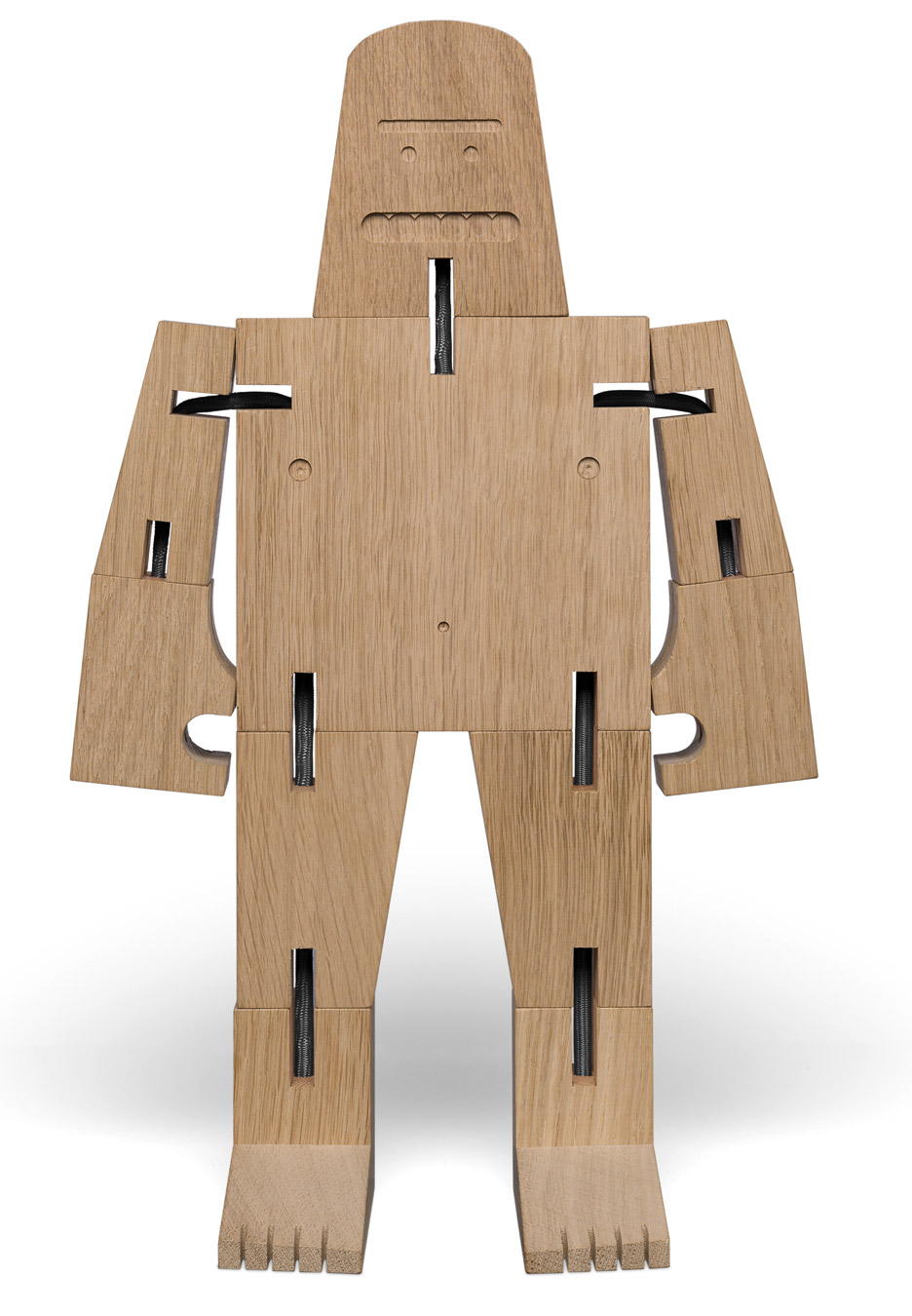 This led to the creation of his Cubebot designs – wooden robot sculptures primarily based on Japanese shinto kumi-ki puzzles, which also fold into stackable cubes. 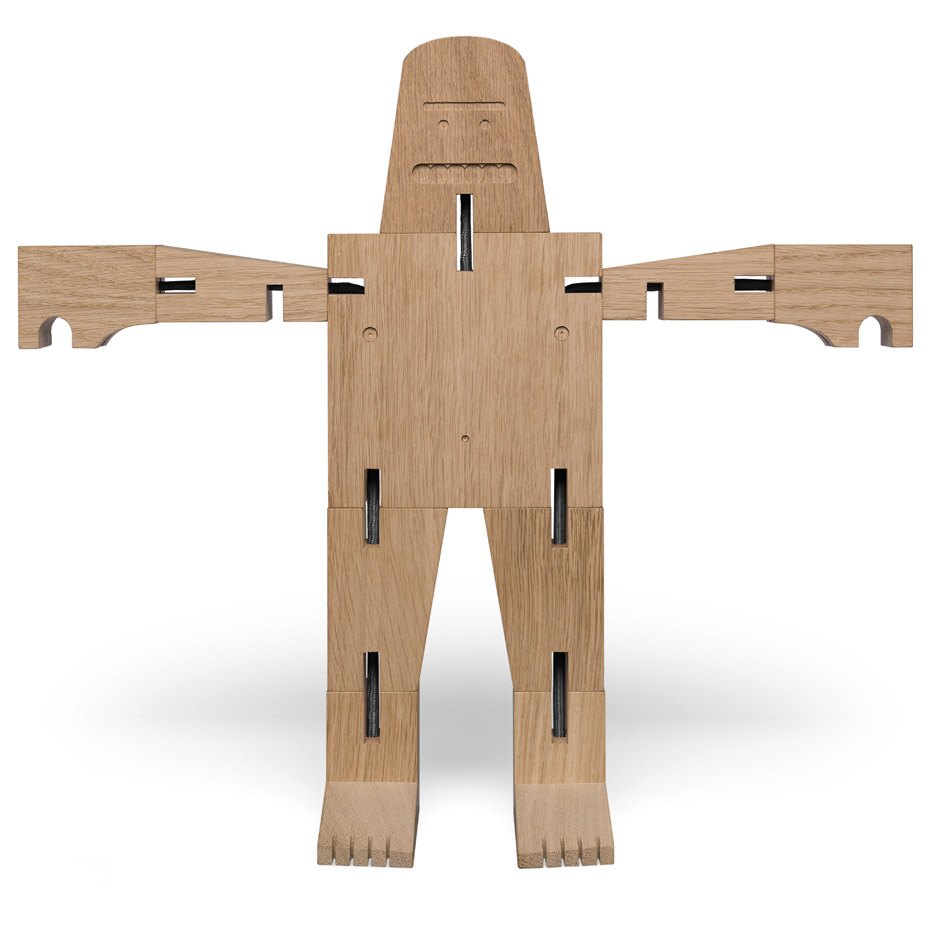 For Milan 2012, Weeks worked with Belgian style brand Quinze &amp Milan to create an oversized red version of the Cubebot toy that doubled as a seating area.

“The [toy] animals were the 1st cry for assist, the very first possibility to genuinely produce an aesthetic and apply the very same high quality and degree of detail that is in the lighting, but in a much more available way,” explained Weeks. 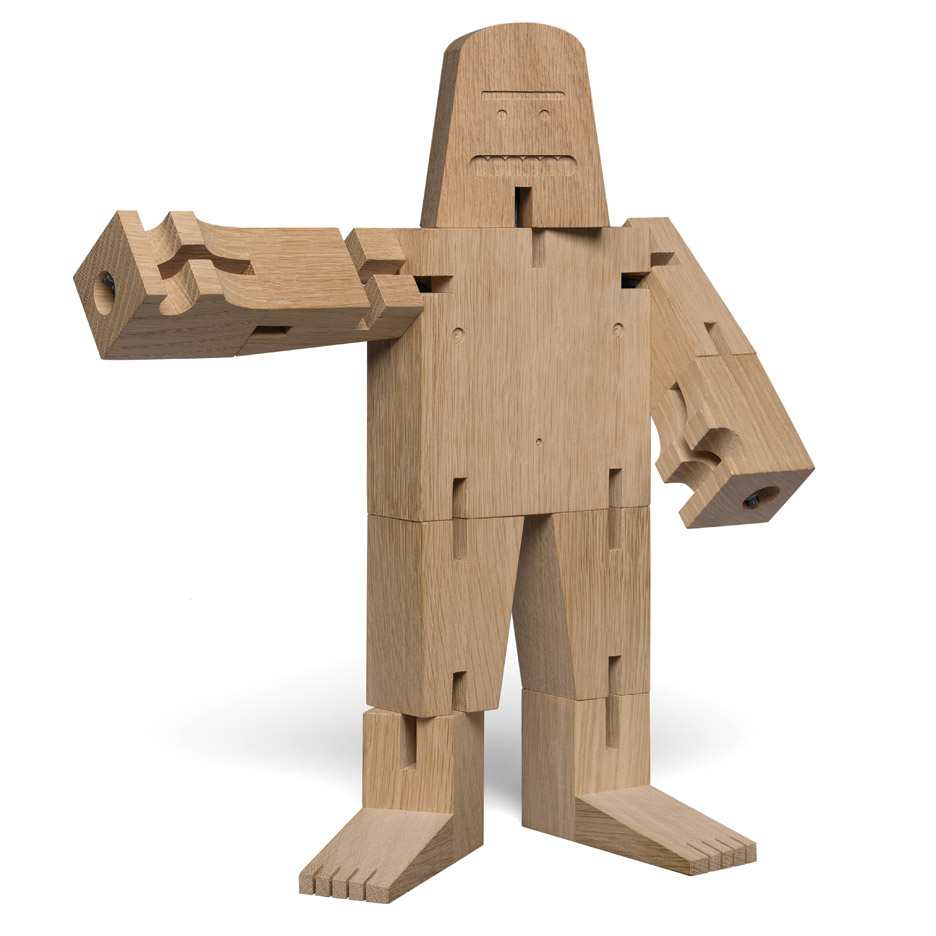 The foldable Mr B figure was launched on 15 October 2015 to celebrate e15’s 20th anniversary, and also to commemorate two decades of its Bigfoot dining table.

Earlier this 12 months the brand worked with British architect David Chipperfield on a assortment of strong wood furnishings made from flat planks of oak or walnut.