Belgian studio B-ILD has converted a wartime bunker into an austere holiday home where guests sleep beside raw concrete walls and home comforts are reduced to the bare essentials . 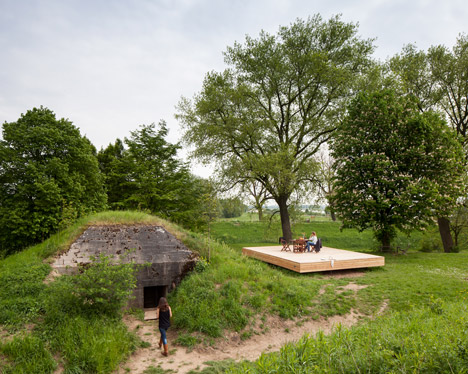 The half-submerged bunker has an internal area of just nine square metres, with less than two-metres head height, so furnishings had to be kept to the absolute minimum and everything had to be custom made to make optimum use of space. 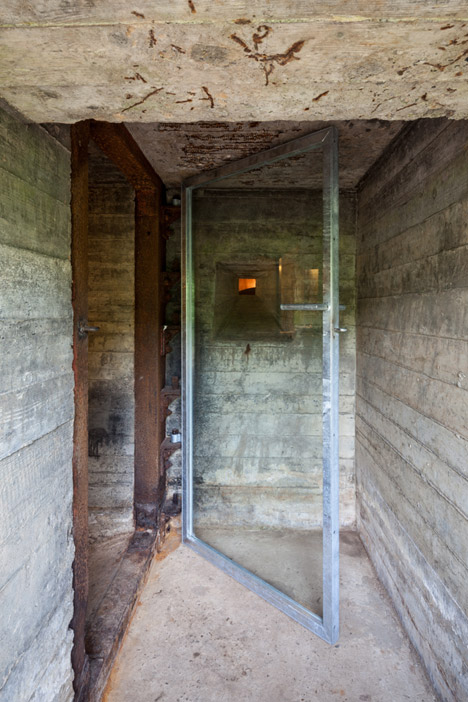 “The design concept was to create a flexible and adjustable interior that could fir four people inside,” explained Bruno Despierre, one of the five architects that make up B-ILD. 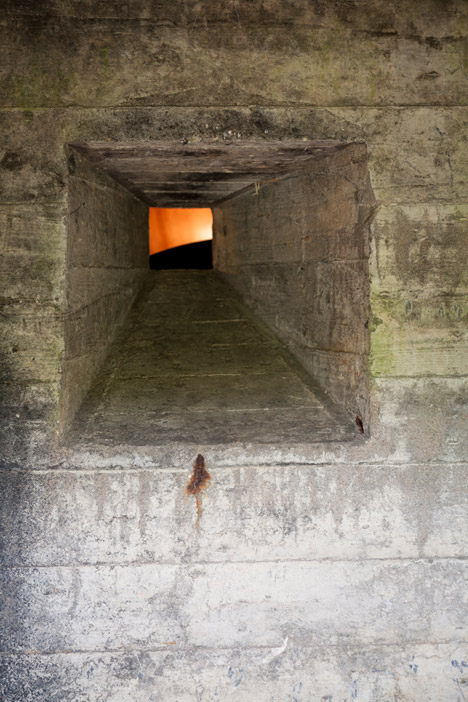 “We decided to keep the interior stark, since we only wanted to foresee the basic needs for visitors,” he told Dezeen. 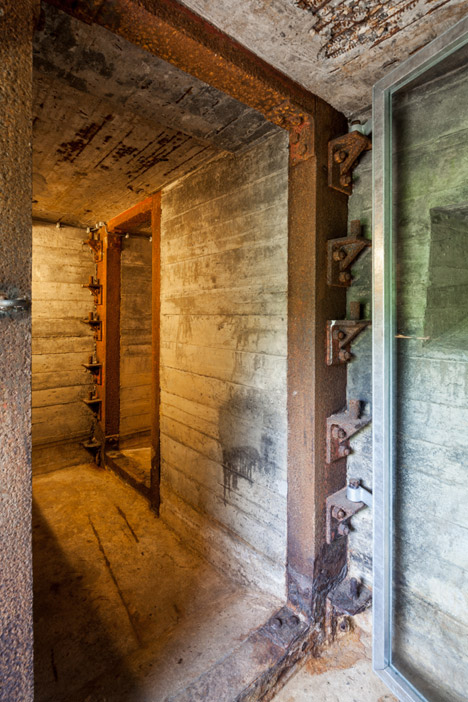 The Bunker Pavilion is located on the rural site of Fort Vuren in the Netherlands, which is part of the old Dutch waterline defence system that has been defunct since the end of World War Two. 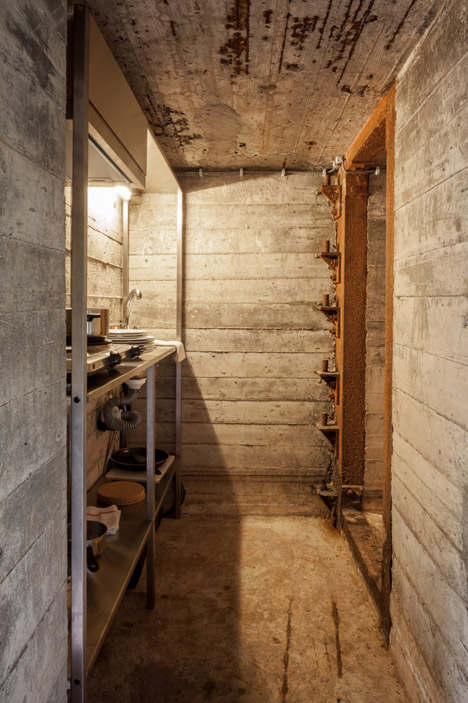 A renovation of the dilapidated structure was commissioned for an advertising campaign by Belgian agency Famous, which offered two families the chance to win a holiday retreat.

Once the contest was over, the structure was free to become a holiday home for rent. 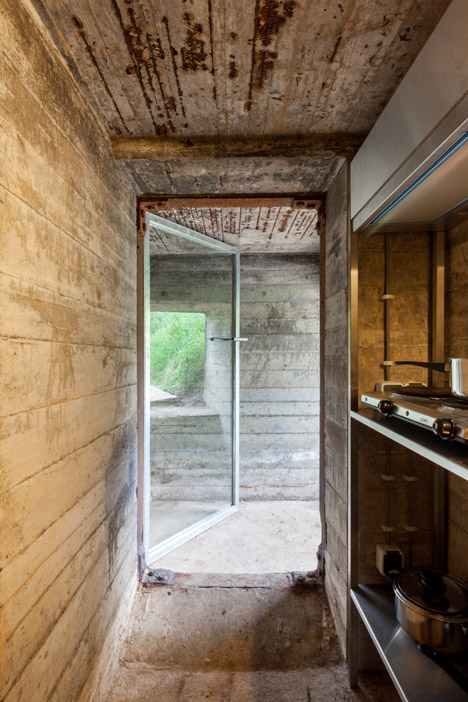 Using Le Corbusier’s Cabanon de Vacances – the log cabin the Modernist architect built for himself and wife Yvonne – as a starting point, B-ILD designed built-in furnishings to make the best possible use of the space. 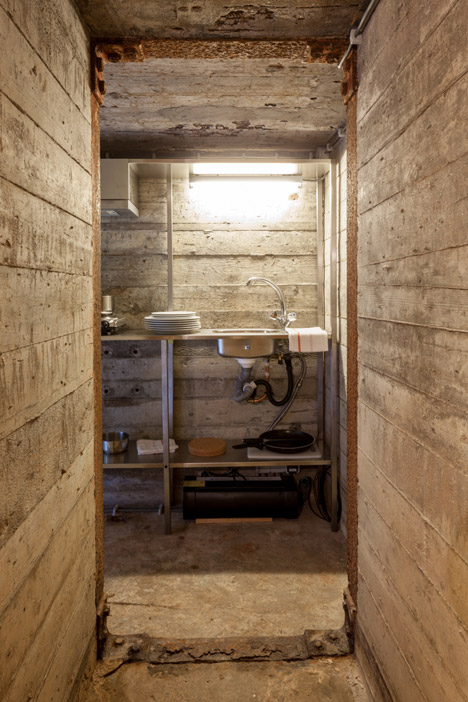 “Taking inspiration from Le Corbusier, flexible wooden furnishing was conceived to maximise the potential of the interior space,” said Despierre. “None of the carpentry is standard – everything is custom made, allowing us to optimally use the space.” 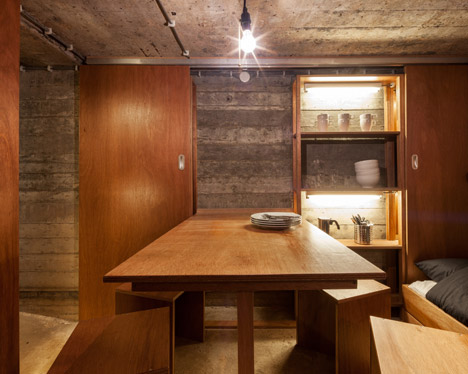 To enter, guests steps down into a dark opening. A deep window ahead offers a view through to the interior, while a glass door on the left-hand side leads inside. 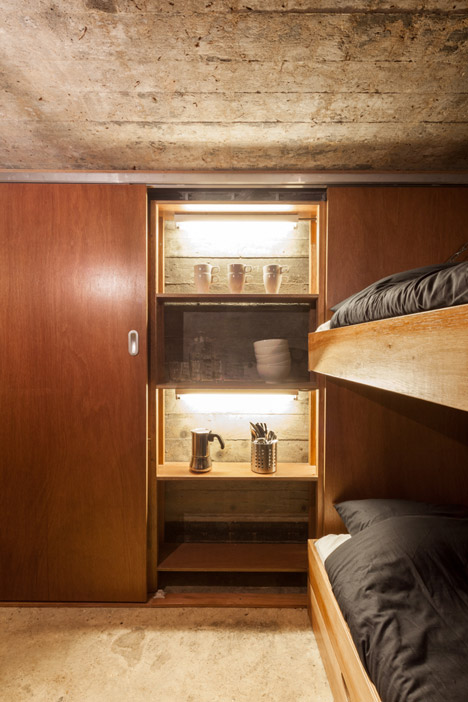 A kitchen was built into an existing wall recess using a basic steel framework, with a sink plumbed in and a small cooking area. 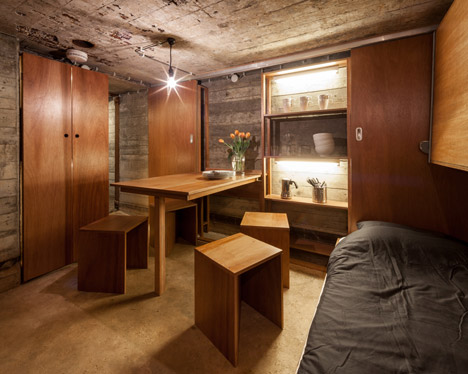 Beyond this, a rusted doorway provides access to the main space, which functions as both a living and sleeping area. Bunkbeds line the walls, with storage underneath, while other objects suit multiple functions. 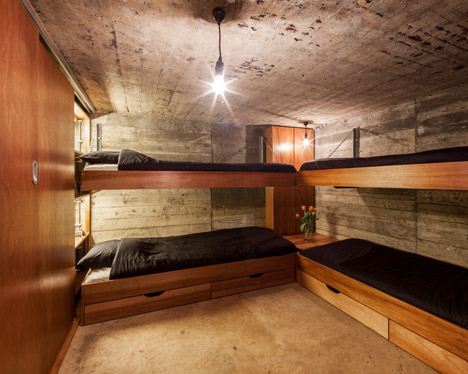 “All furniture can fold or slide away or be pushed up and down. Therefore all objects have a double function,” explained Despierre. “Stools are used as bedside tables, coffee tables or as steps.” 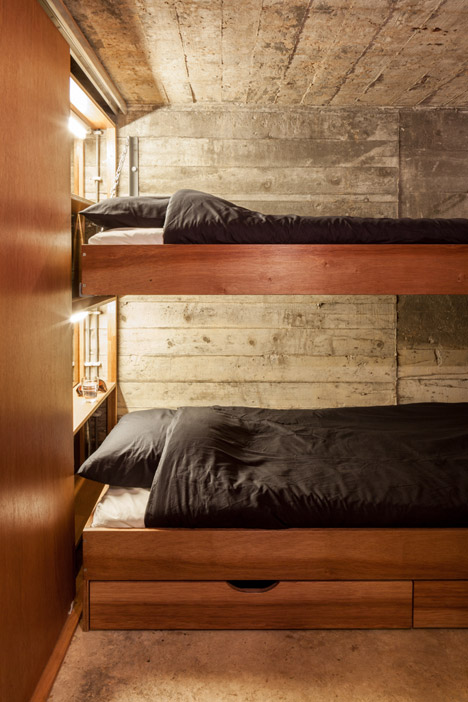 Additional living space is provided by an outdoor terrace that could be used for outdoor cooking, sunbathing or entertaining. 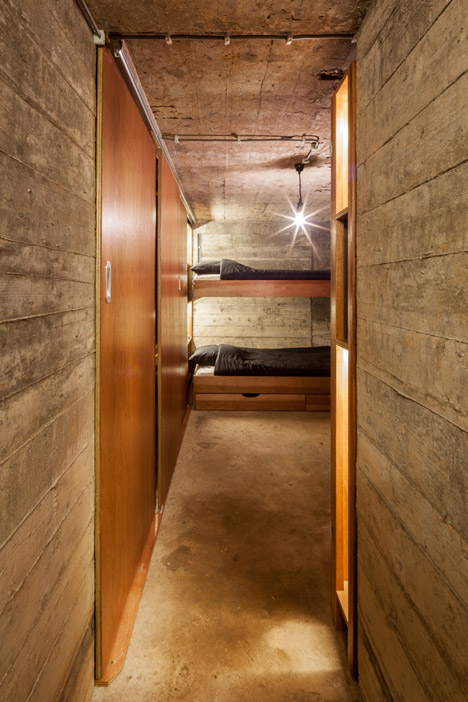 This terrace was constructed using wooden planks that mimic the board-formed surfaces of the original concrete. Its shape also matches the area and dimensions of the bunker’s interior. 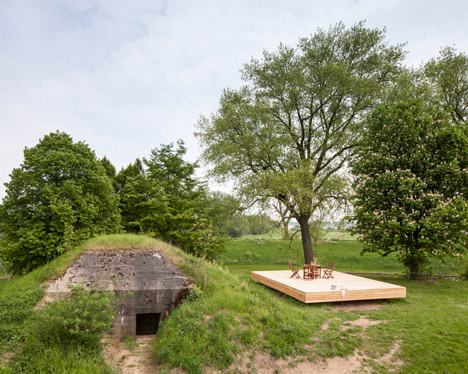 “The perimeter of the deck is an exact copy of the outer circumference of the bunker, making all the more obvious how much area is lost in the thickness of the monolithic concrete walls,” added the architect. 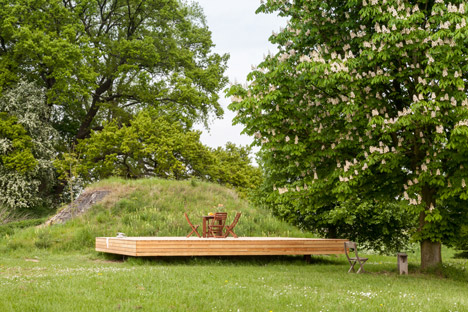