Planks of black-coloured timber had been organized in a diagonal formation to develop the venue for an exhibition that celebrated weeds throughout this year’s London Style Festival . 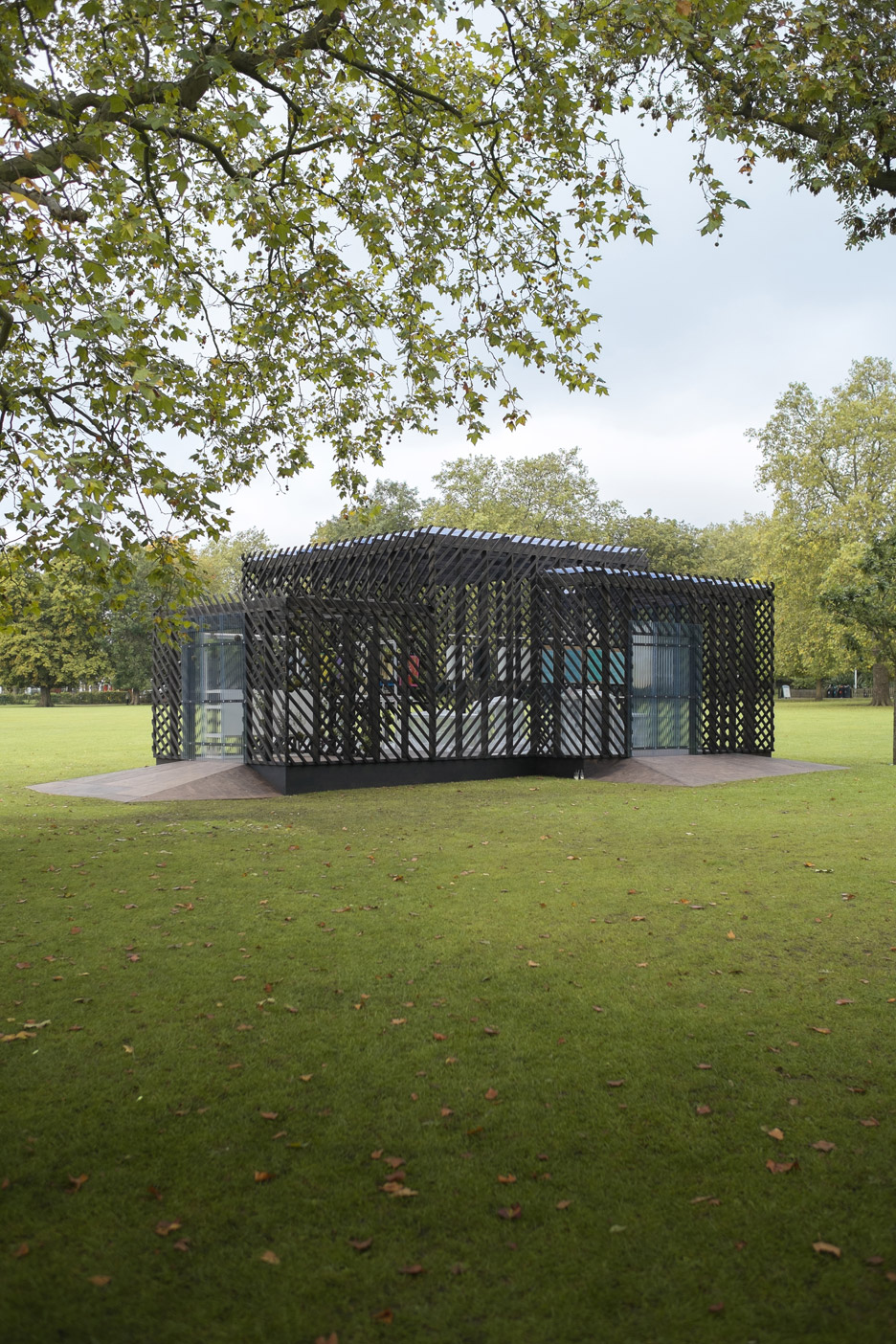 London-based Claridge Architects created the framework for the Plants out of Spot exhibition – a 5-day event in Queen’s Park that celebrated the likely of undesirable and wild-increasing plant species in towns and cities.

The design and style of the pavilion was inspired by the exhibition theme, and the architects aimed to develop an enclosed structure that allowed a full see of the surrounding park. 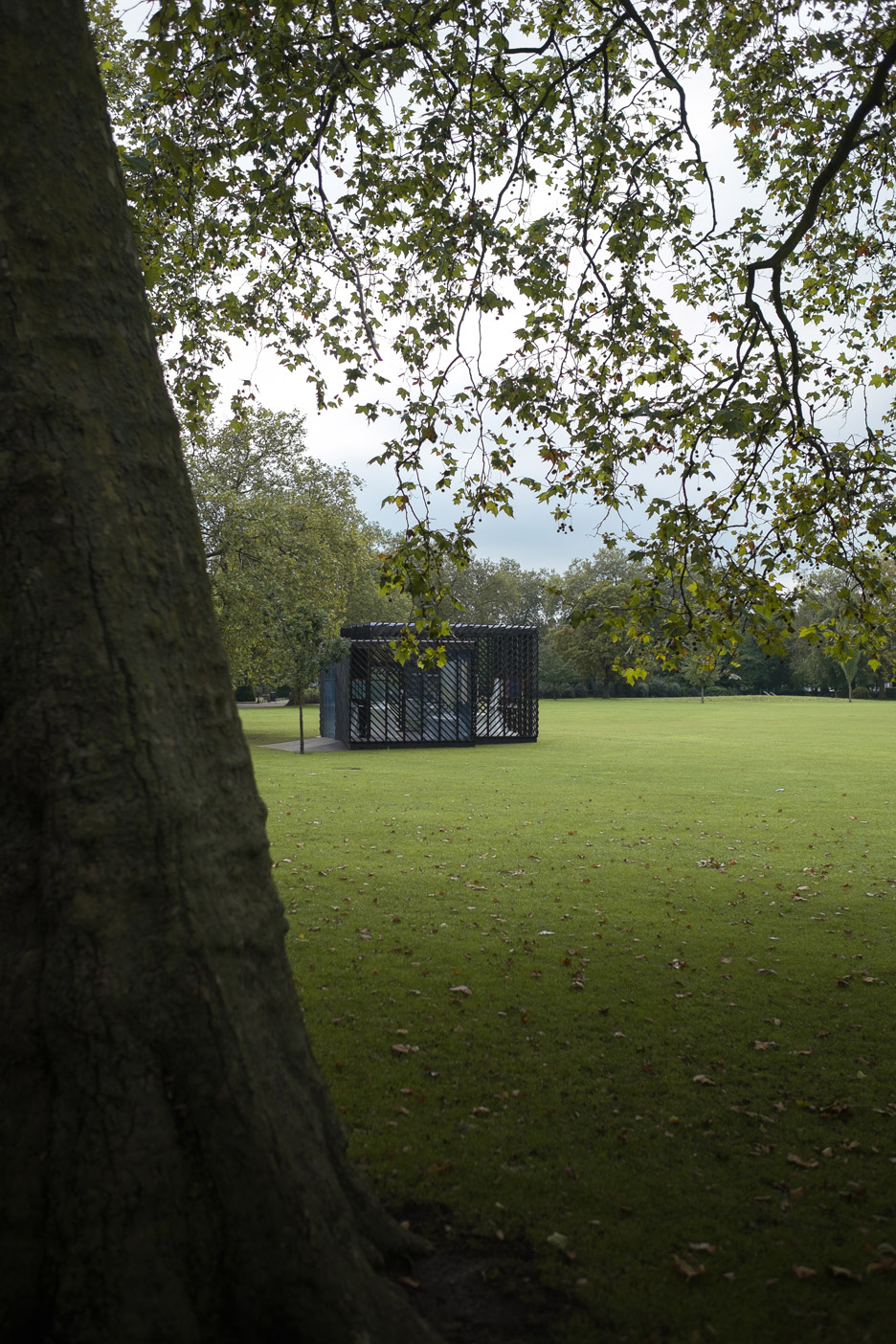 “It was critical for us to generate an exhibition area that was enclosed yet allowed full appreciation of the surroundings of the park when within it,” architect Jerry van Veldhuizen informed Dezeen.

“Pavilions such as this have a tendency to be buildings 1 visits in passing rather than destinations, so it was also critical that its external visual appeal produced intrigue in order to draw site visitors towards it from a distance, whilst sitting harmoniously amongst its surroundings,” he continued. 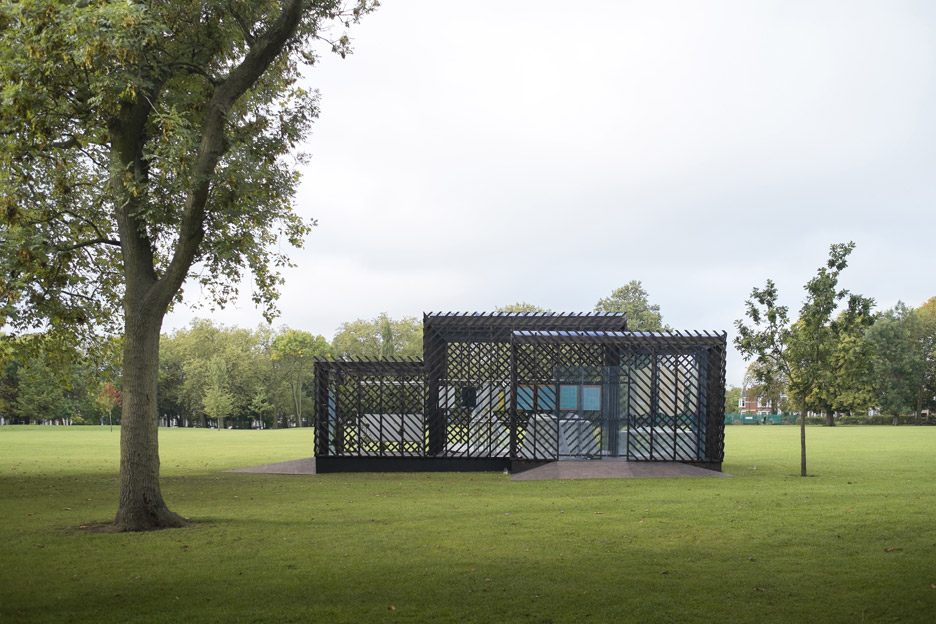 Claridge Architects arranged the blackened timber planks at 45 degrees and spaced one hundred millimetres apart to let light via and produce patterns the place they overlap.

The arrangement also enabled glimpses of the exhibition from the outdoors and developed a degree of ambiguity from afar. 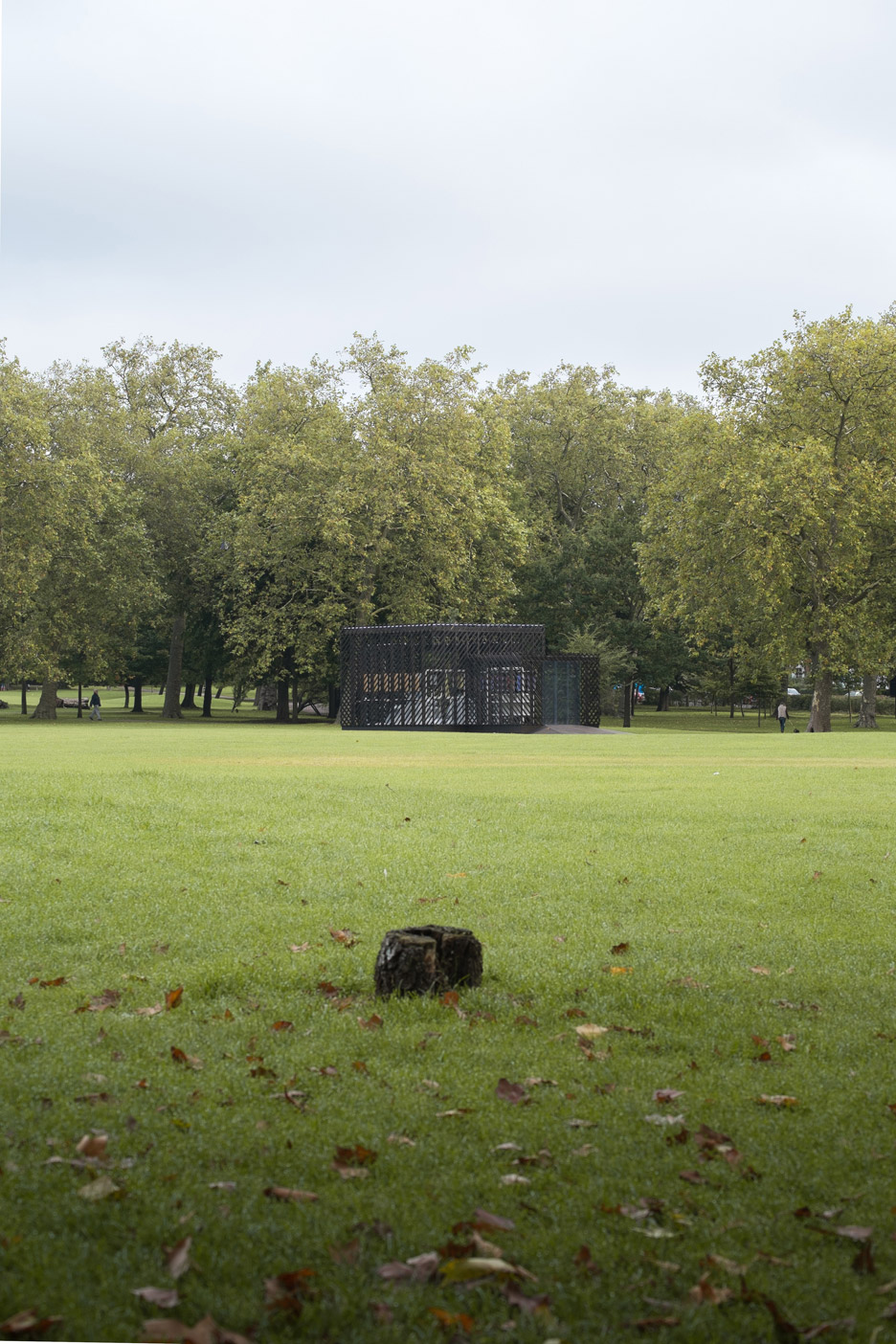 The pavilion comprised three open-air interlocking volumes, every clad in the timber battens – used to emphasise the composition of the structure.

“The blackened timber battens served to set off people’s curiosity, inviting them in direction of it,” stated Van Veldhuizen. “It is only then when a single commences to technique the pavilion that it commences to take on a far more formal composition.” 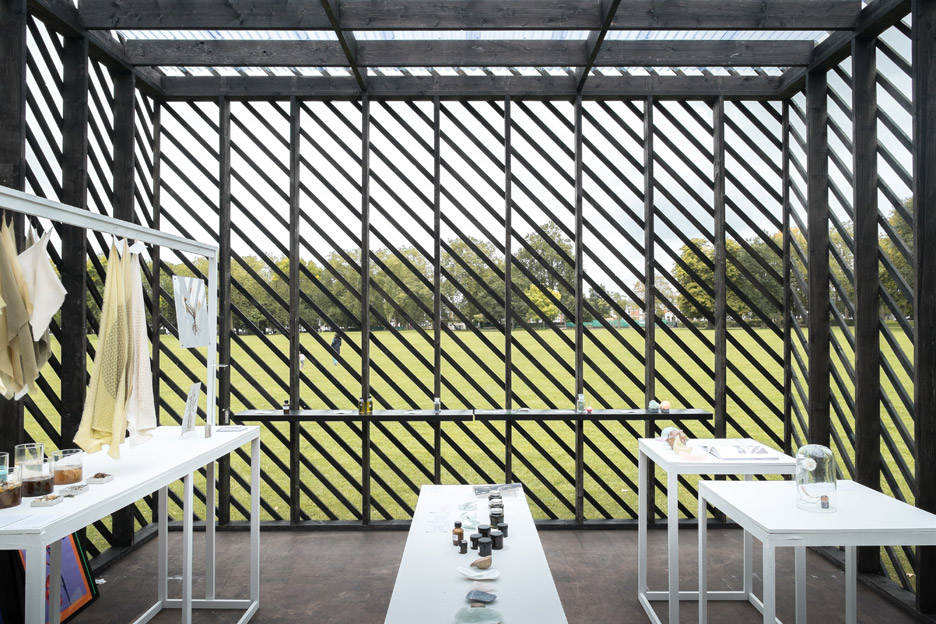 “The 3 interlocking volumes of varying heights developed open garden rooms which, collectively with the exhibition pieces, created a varied route by means of the pavilion with various volumetric proportions and ever changing views over the park,” he continued.

Plants out of Spot was a collaboration in between Swedish gardening property Coloni and trend forecaster Studio Aikieu. 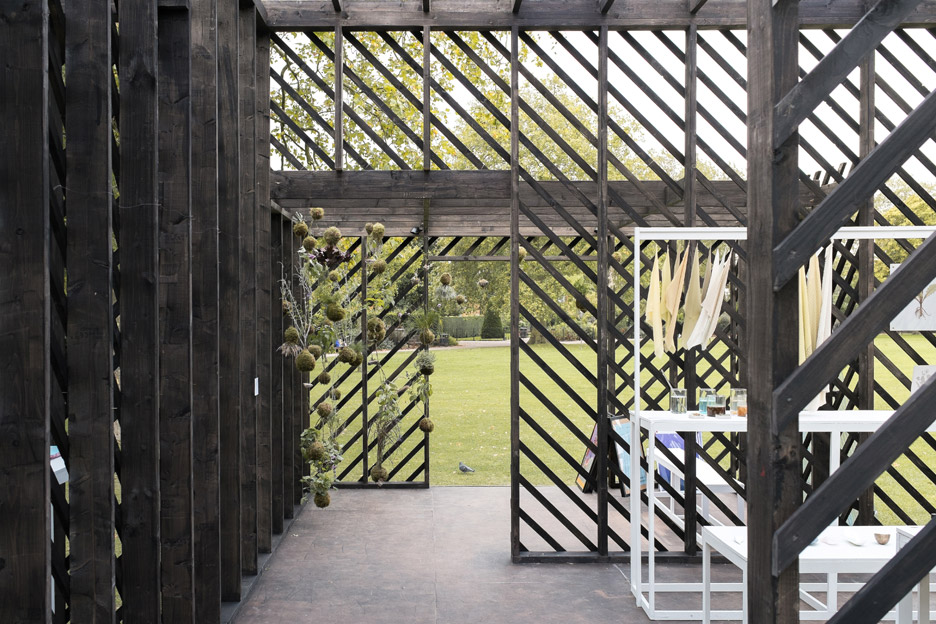 For the duration of the exhibition, the venue hosted a series of occasions which includes a normal skincare workshop and a masterclass in the identification and cultivation of edible wild plants. 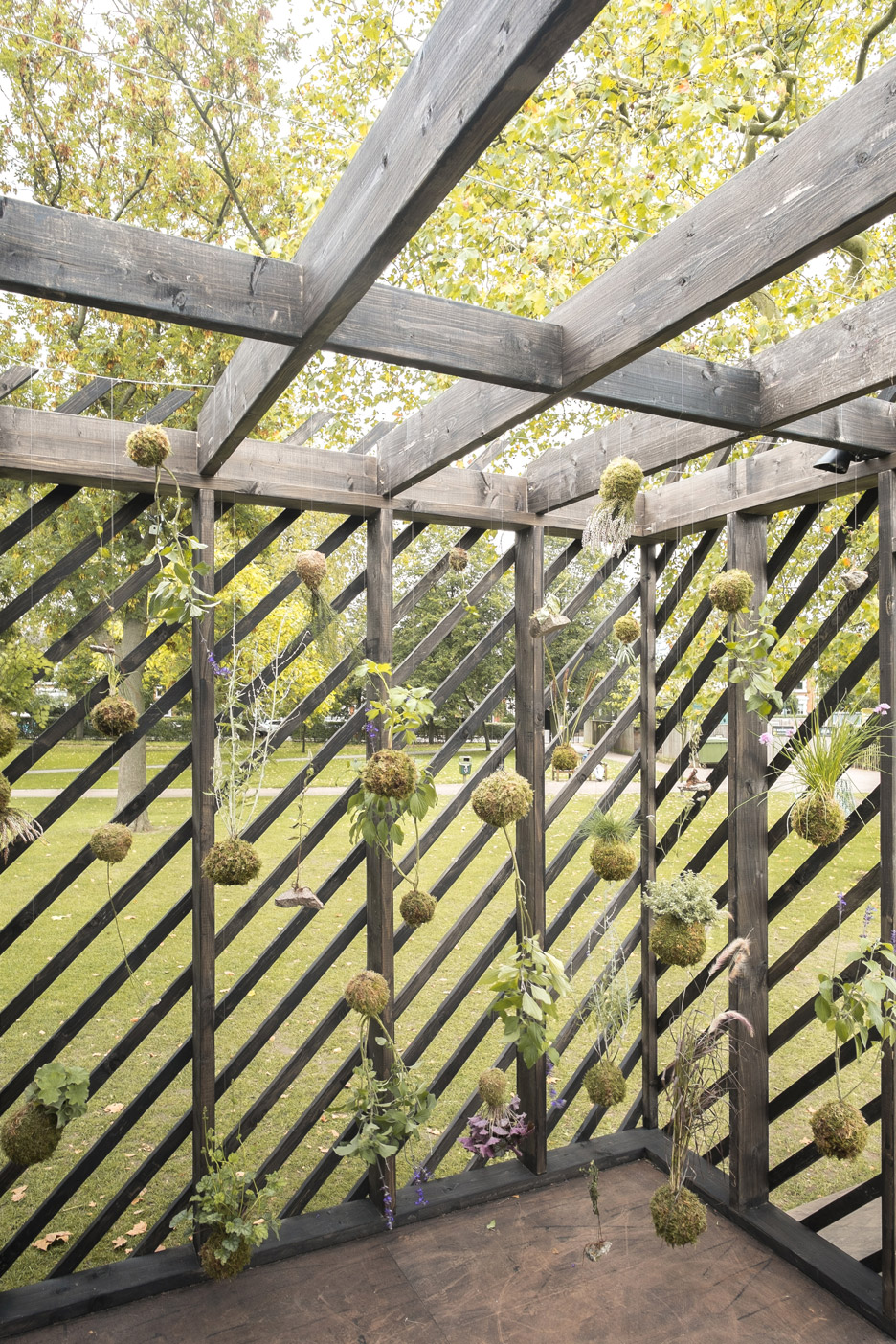 The pavilion was open to the public from 19 to 27 September 2015, during this year’s London Design and style Festival. Other exhibitions that took location throughout the event included a showcase of Norwegian layout, an exploration of resources and a collection of wood merchandise by Robin Wood.