Following the recognition of the fairytale-inspired Residence for Essex, Unwanted fat co-founder Charles Holland is doing work on a 2nd residence for Alain de Botton’s Residing Architecture venture on a site in north London.

Holland, now the co-director of new company Ordinary Architecture, has presently won planning permission for the new vacation home in Hampstead, conceived as “a white modernist villa sheltered behind the semi-ruined stays of a brick town property”. The 3-storey structure will reference historic Hampstead figures, with wings named after John Keats, John Constable and Sigmund Freud. The “maze-like interior” will also incorporate a double-height dining area and quite a few staircases.

Holland collaborated with artist Grayson Perry on Residence for Essex, his final task for Excess fat just before the studio disbanded. But Perry is not presently involved in the new project, which was granted planning permission back in Might. 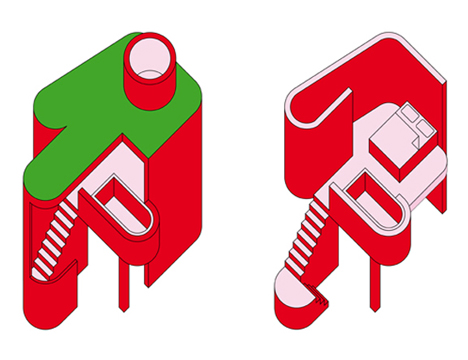 The Hampstead home will be the first permanent urban undertaking for Living Architecture, which was launched by de Botton in 2010 to advertise contemporary architecture to the public.

Found at 6 Streatley Location, within the Hampstead Conservation Spot, the constructing will exchange several dilapidated single-storey buildings. Its entrance will be via a pedestrian alleyway, from which it will appear partially buried. 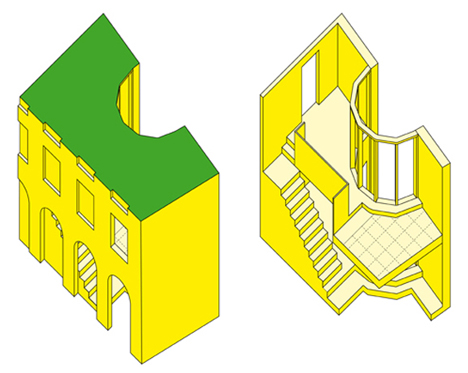 “This new-develop personal house in north London is created to reflect the history and character of its web site,” reads the description on Ordinary Architecture’s web site.

“A grid of openings – some blank, some void, one particular a window and one particular an entrance door – further the reading through of the property as a fragment of one thing bigger, while relating to the varied profile of walls, roofs and parapets that characterise the region.” 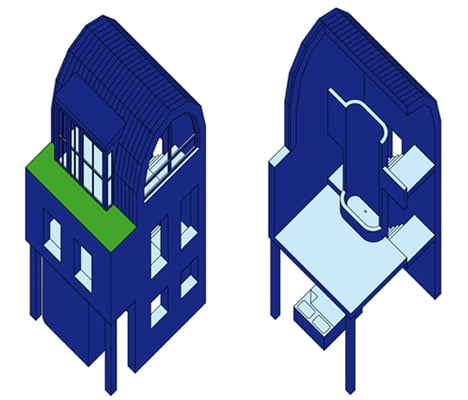 Like former Living Architecture properties, which incorporate MVRDV’s Balancing Barn and David Kohn’s rooftop boat, the residence will be available for short-term lets.

No progress has been created on the venture because the approval, but function is expected to continue later this year, according to Living Architecture’s operations manager Richard Day.

“Organizing was granted for a scheme developed by Ordinary Architecture but as we are busy with other projects currently, this one has not progressed any even more,” he told Dezeen.

“We’re hunting to pick it up yet again in a few months’ time when we have launched Lifestyle House developed by John Pawson, which is in which the majority of our constrained assets are currently being deployed presently.”